Tatt-2K: Skin in the Game

Of recent note to fans of sports, art, and video games is the saga of controversy regarding the increasingly realistic depictions of players’ tattoos in video games such as the NBA 2K and Madden franchises.

Several suits have been filed and settled regarding NFL players in the Madden franchise and UFC fighters depicted in the UFC franchise, to the point where for several years Electronic Arts intentionally avoided inclusion of player tattoos, even as graphical capabilities were increasing. 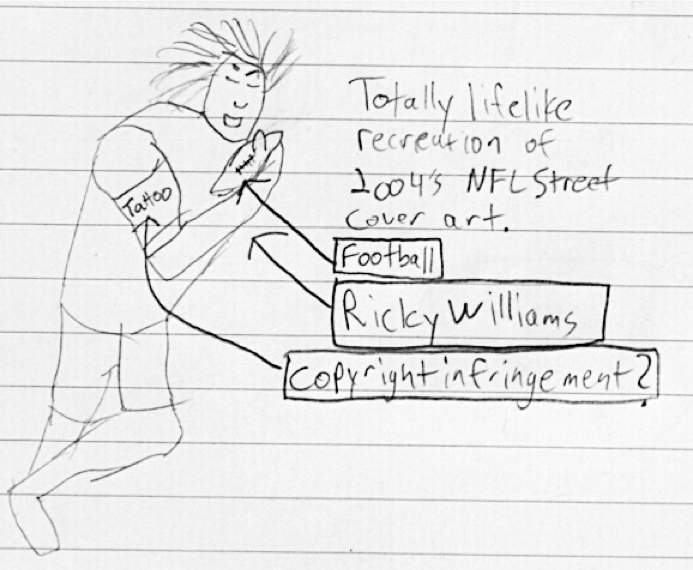 Ironically, the one NFL player whose tattoos were depicted in Madden 15 (released in 2014) was Collin Kaepernick, who obtained permission from his artists. 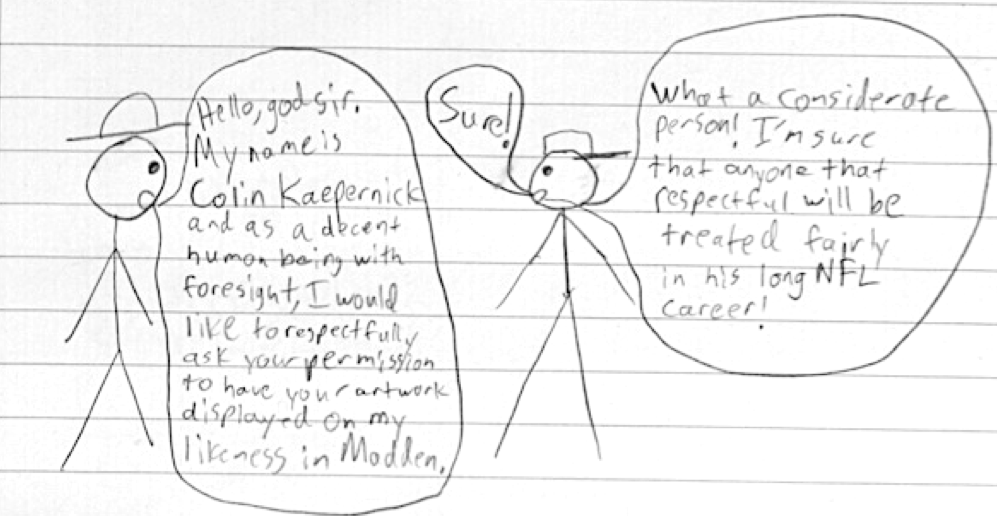 2K Entertainment, on the other hand, has been going to painstaking lengths to ensure the tattoos they depict on certain players are as realistic as possible since 2013. 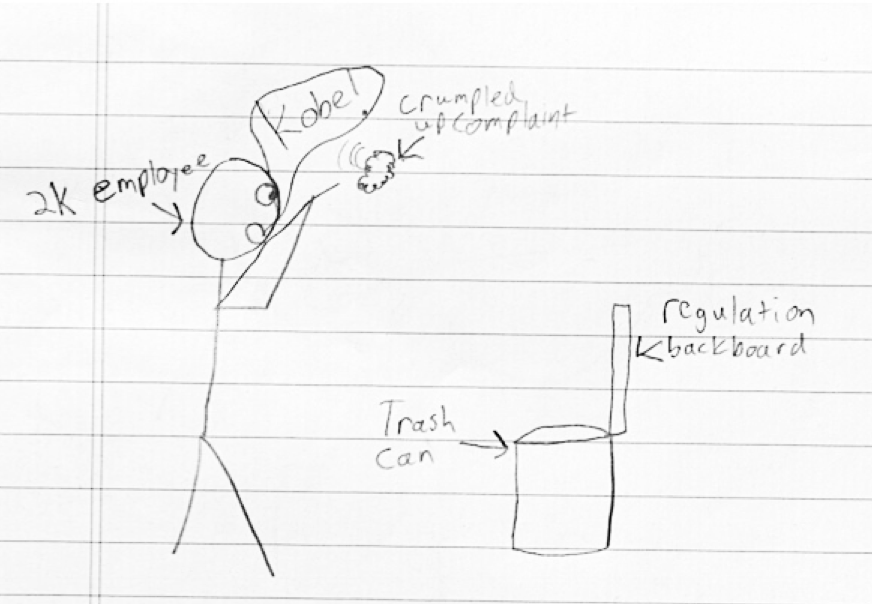 So, what’s the law and what should it be? 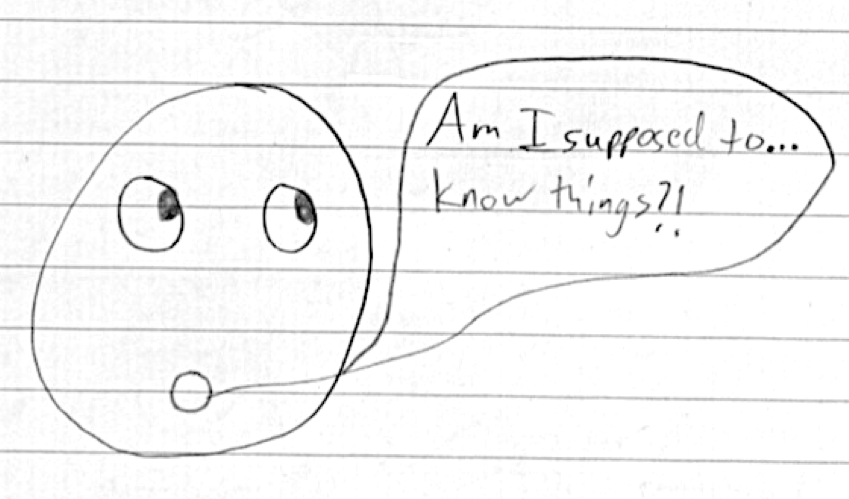 Generally speaking, an artist owns his work in whatever medium it is produced.  However, some things that we as the general public would think of as “art” do not meet the Copyright office’s standards for copyrightability.  While this has not yet been relevant in such cases, there are relevant precedents regarding the uncopyrightability of living creatures that could someday be interpreted as relevant to the discussion.  Is a tattoo that someone composes on a piece of paper and then tattoos onto someone’s arm the same as trying to copyright an arrangement of flowers?  Certainly not.  The underlying analysis does not transfer, as the thinking on the flower arrangement is more an issue of authorship than a public policy argument. 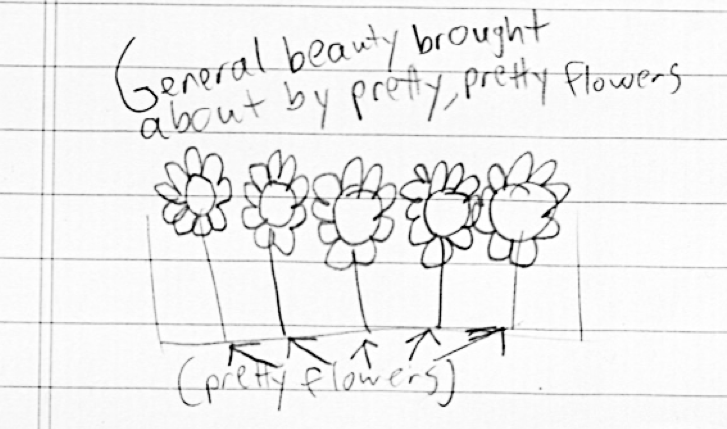 However, the fact that this artwork is on a person is not irrelevant. 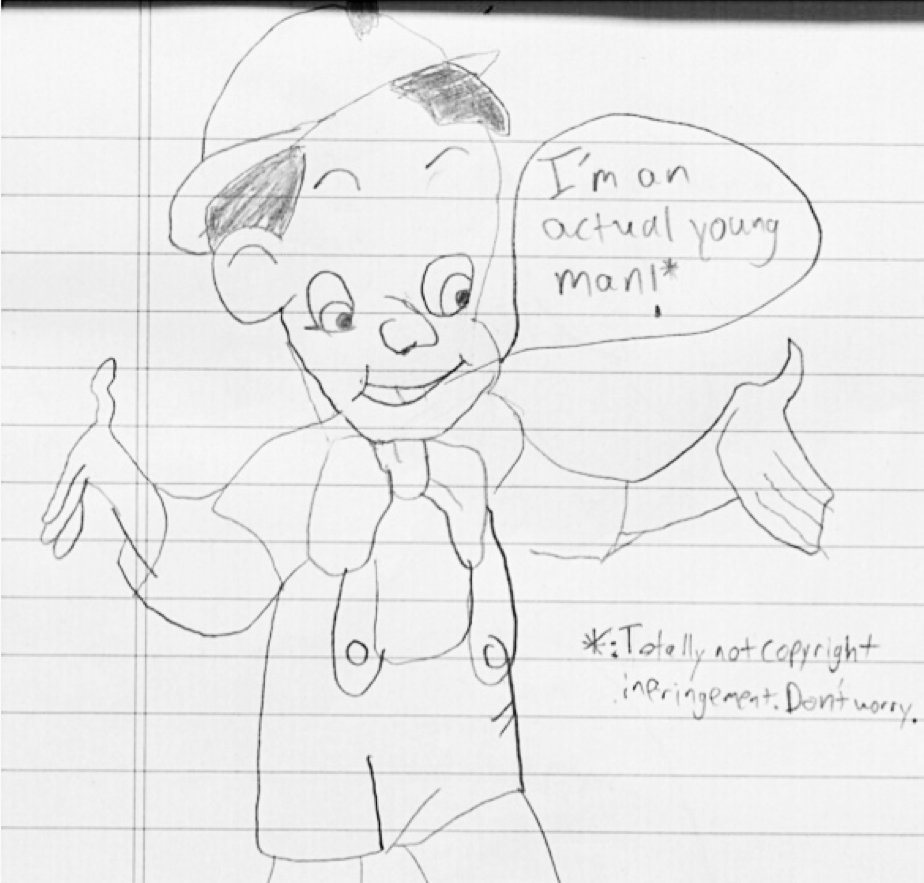 When determining whether either injunctive relief or damages are appropriate in such a situation, it is important to consider the implications of such a decision if carried to their logical extreme. 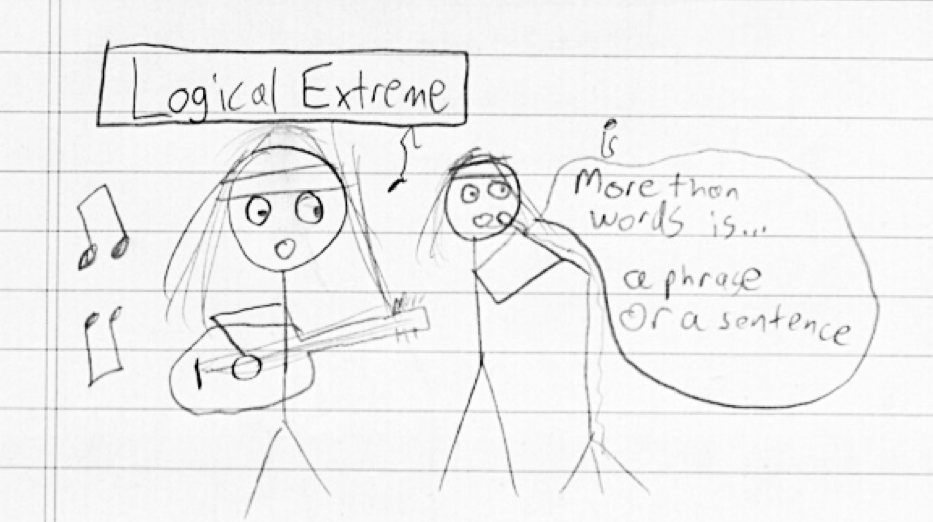 While an argument was advanced that this was de minimus use, from the perspective of the tattoo artist, this would seem ridiculous given that his entire piece was used.

Also, the de minimus argument at least partially requires you to believe testimony that the players who have the tattoos at issue drawn on their avatar bodies will not appear in most rounds of 2K.  Let’s be real though…who isn’t playing with LeBron or Kobe on their team? 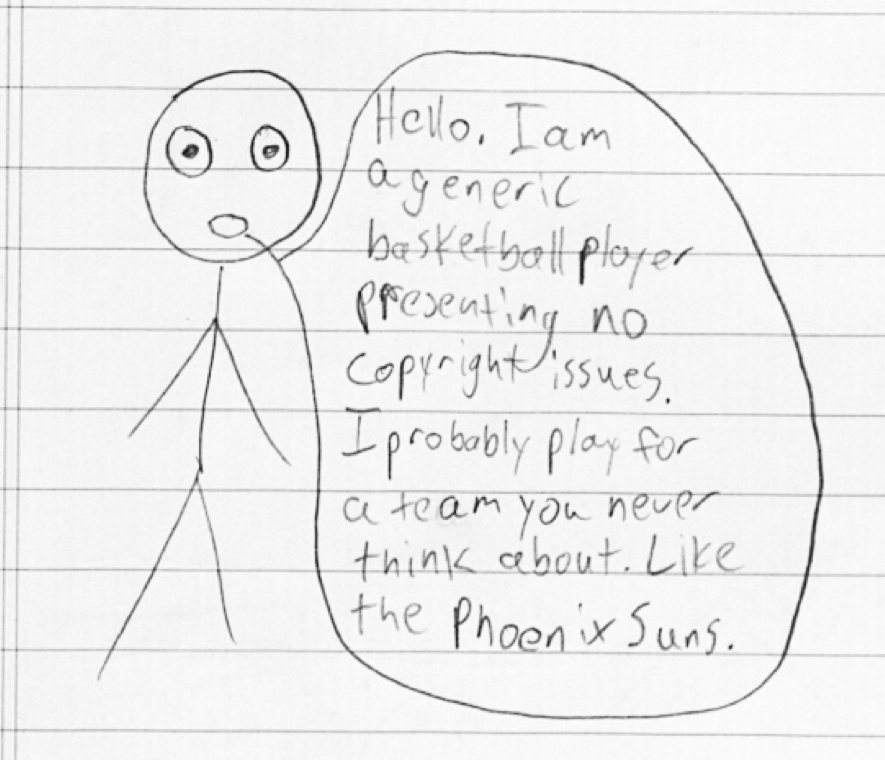 Following this through to its logical extreme, that would mean that if I wanted to use all of Look What You Made Me Do, all I would need to do is write a 3 hour long opera in which the song appeared.  Is it the full three minutes?  Sure.  If this is making you scratch your head, you’re right: that would be a strange result.  Also, probably a pretty bad opera.

However, we’re also not talking about a game about tattoos.  We’re talking about a basketball game where every once in a while you’ll see Lebron Jr. on Lebron’s outstretched arm as he is POSTERIZING YOU!  (For the uninitiated this is when one is dunked upon, placing one as the sad looking other person on the poster making a funny face as you are embarrassed in front of a crowd.  In legal parlance one would think of this as being the dunkee, with Lebron as the dunkor.)

Reasonable minds could disagree if it’s more relevant that the artwork is fully reproduced or that this is simply a biographical anchor in an unrelated work.  To take the artist’s side, you could argue that it started as a piece of art on an arm, and it was then made into a digital piece of art on a digital arm.  While the medium changed, if I take a picture of Emanuel Leutze’s Washington Crossing the Delaware and sell the photo, that’s clear infringement.

So what is someone in 2K’s shoes left with as a best defense? 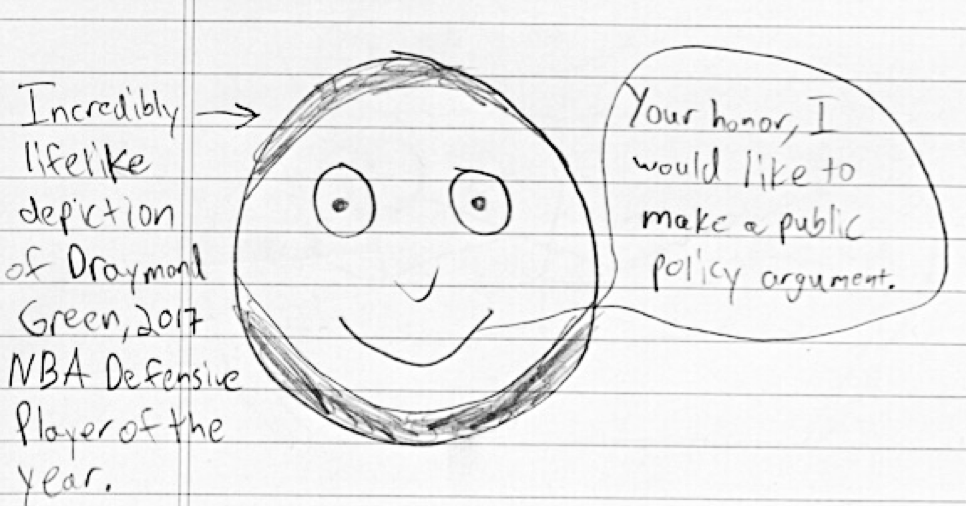 The most interesting argument from the filed LeBriefs (which did not make it into the opinion, possibly because dismissing this suit on fair use opened fewer cans of fewer worms) was that if you are a Famous Person with tattoos and your tattoo artist can claim infringement when the tattoos appear in depictions of you, the logical extreme would be that you cannot endorse products, give press conferences, or leave your house without paying a royalty to your tattoo artist. 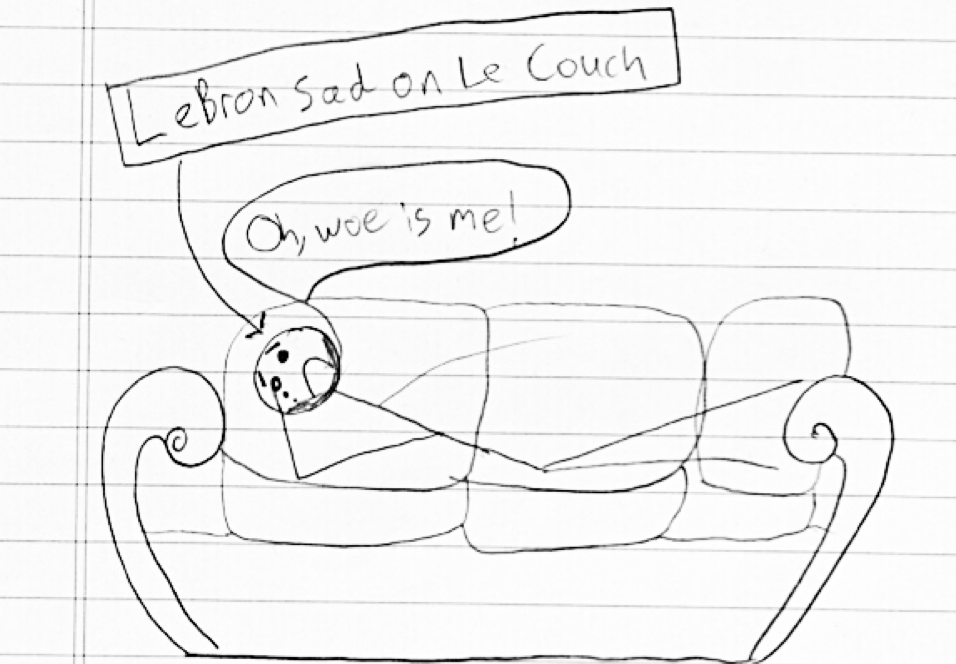 Could this be solved with contracts labeling all tattoos as commissioned works with the sole owner being the human canvas?  Sure.  Will that likely happen?  No.  Somehow I doubt most tattoo artists got a JD/MFA.  Could Congress take care of this?  Theoretically.  Maybe some day we’ll have a tattoo artists collective negotiating overall royalty deals like ASCAP or BMI does for composers.  But until that day, we can continue the fun debates about what should constitute fair use of forearms.