Dancing Sushi and Teppanyaki Chefs – a Backdoor for Food Copyrights? 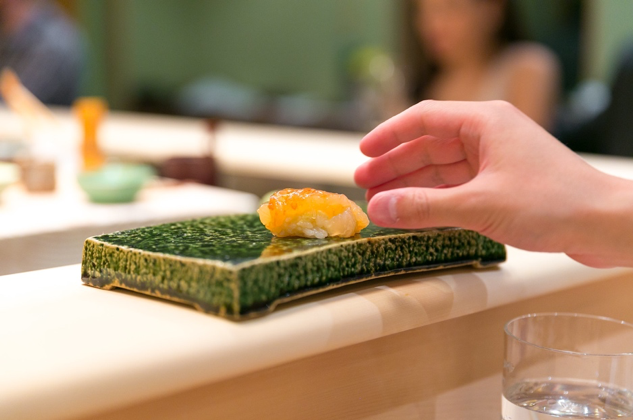 It turns out that most recipes are not eligible for copyright protections under Publications Int'l, Ltd. v. Meredith Corp,[1] nor are most dishes eligible as “food sculptures” under Kim Seng Co. v. J & A Importers, Inc.[2] From Eric Ripert’s signature White Tuna-Japanese Wagyu (of Le Benardin fame) to your mother’s homemade kimchi-jjigae, suffused with salinity and peppery maternal affection, case law has ruled these undeserving of copyright protections. Poor mom—I know—but don’t let all that noise distract you from focusing on the real victims here: teppanyaki and sushi chefs. Their craft of producing food and performances is surely most worthy of creative protection, yet copyright law has no remedy for them. However, lucky for all the IP protection-deprived sushi chefs and teppanyaki grillers of this great nation, I might have discovered a workaround for finding the protections they never knew they needed: choreography copyright.

Consider the omakase (Japanese for “I will leave it up to you”) sushi experience, in which the austere chef (called an itamae) stands across the bar mere feet from the diners in a dimly lit room, alone bathed with overhanging yellow lights, theatrically slicing and dexterously binding glistening fish to vinegared rice before placing the elegant arrangement on a smooth stone slab for your thankless consumption. Consider too the modern teppanyaki chef who juggles knives and spatulas, tosses eggs into their hats, and builds onion volcanoes that spew out boozy fires for your delight. This is not generic cookery, but higher stuff indeed.[3] 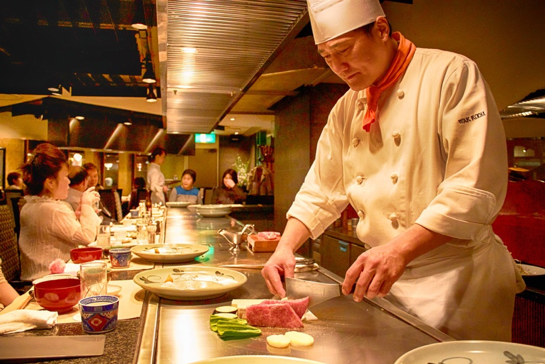 It is my view that these are not mere instances of enervating gastronomy, but acts of vigorous performance and vibrant personal expression. In both occasions, each act of preparation and cooking is interwoven with theatrical and performative intent. As such, I propose that both forms of cookery could qualify for copyright protections as works of choreography and pantomime under Section 102(a)(4) of Title 17 of the United States Code (the “Copyright Act”).[4]

Aside from the basic copyright requirements of original authorship and fixation (recording the performance easily remedies the fixation requirement), omakase sushi cooking and performative teppanyaki grilling facially seem to comport with most of the primary criteria of copyrightable choreographic works. These include rhythmic movement in a defined space, compositional arrangement, and—perhaps critically—presentation before an audience, and execution by skilled performers.[5] Musical accompaniment is usually absent from most performances, but none of the elements listed above are solely determinative in evaluating copyrightability.[6]

One potential criticism of extending copyright protections to sushi/teppanyaki as choreographic works is that facts and processes are not protectible.[7] However, this can be dealt with by simply suggesting that the protection of the food-making process is not sought after, but rather the aesthetic and artistic expression produced by the movements of the chefs. That is, the fancy movements and knife-juggling is not a mere process to create tasty treats for overpaying customers, but rather the creative expressions of the chef; they do it because it looks cool, not simply to make food. However, another potential problem is the merger doctrine, which limits copyright protection if there is only one or very few ways to express an idea. I concede that it is possible that the merger problem might knock omakase sushi off the list of copyrightable choreographic works, as there may only be a handful of techniques for handling fish and rice in such a way so as to produce traditional sushi. However, in this regard, there may be hope yet for teppanyaki grilling, as the techniques and creative choices available to these chefs in developing a culinary choreographic performance are more varied and tied to their aesthetic appeal and not just their utilitarian value. 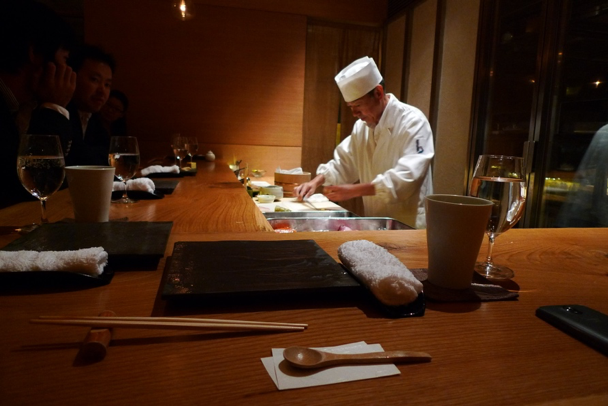 It’s only a matter of time before we see sushi chefs on “Dancing with the Stars.” Photo taken by David Vo (https://creativecommons.org/licenses/by-nc-nd/2.0/).

But wait, you wonder, what about all the talk about extending copyright protections to food? Finding protections for food outside of the limitations already established by statute and case law is difficult, but a small window of opportunity may still exist within the context of choreography. In Horgan v. MacMillan, Inc., an influential case concerning the infringement of a copyrighted choreographic work, the Second Circuit deigned to rule on whether a work of choreography could be copyrighted separately from the visual elements of costumes and set design, perhaps keeping the door open for choreographic copyright to extend, within limits, to such elements.[8] With that in mind, it may not be such a stretch to suggest that the pieces of sushi and grilled morsels produced by sushi chefs and teppanyaki chefs are protectible in some degree by a copyright given to the choreographic performance. What would that look like? I’m not sure I can say with any semblance of confidence.

Whatever the case, the absence of copyright protections does not seem to be stifling innovation or competition in the culinary world. Additionally, trade secret protections are still available in a limited capacity for particularly secretive chefs and restauranteurs. In the end, do copyright protections need to be extended to food? I mean, probably not. But don’t let that stop you from appreciating all the hard work sushi and teppanyaki chefs put in to feeding and entertaining you.

[1] 88 F.3d 473 (7th Cir. 1996) (holding that the plaintiff’s yogurt recipes did not contain any creative expression, and that the instruction and ingredients listed were procedures and processes ineligible for copyright protection).

[3] I don’t mean to misrepresent myself; I’m no food snob, and I certainly don’t have the opportunities or the financial means to spend my nights patronizing the swankiest sushi bars or Benihana knock-offs of New York City.