New York’s famed Museum of Modern Art (MoMA) officially reopened on Monday, October 22nd after a $450 million renovation that added 47,000 square feet to the heavily trafficked museum. The expansion, masterminded by architecture firms Diller Scofidio + Renfro and Gensler, puts the museum among the seven largest museums in the U.S. Some of our Journal of Law & the Arts (JLA) staffers attended the press preview for a sneak peek at the sprawling new space, fresh rehang, and bold philosophical makeover.

The raison d’etre of the MoMA redesign is juxtaposing the familiar with the unfamiliar; both in its outward physical appearance and in its inward-looking artistic choices. The building’s interior sticks to the modern minimalist museum prototype yet pushes it to an extreme that at its best allows the art and curation to take center stage and at its worst feels like a corporate office space. It is a new look for the museum but nothing that feels unknown to even the most casual museumgoers.

One of the great successes of the physical design is the amount of natural light that permeates the museum from a central stairwell featuring views of 53rd Street. The stairwell overlooks an open atrium performance space currently displaying a multimedia installation by innovative Korean artist Hague Yang. Yang’s Handles features shimmering, mobile sculptures that are maneuvered around a room outfitted with reflective iridescent wallpaper symbolizing political and personal movement and change (the objects also conveniently highlight the abundance of natural light in the new building design). 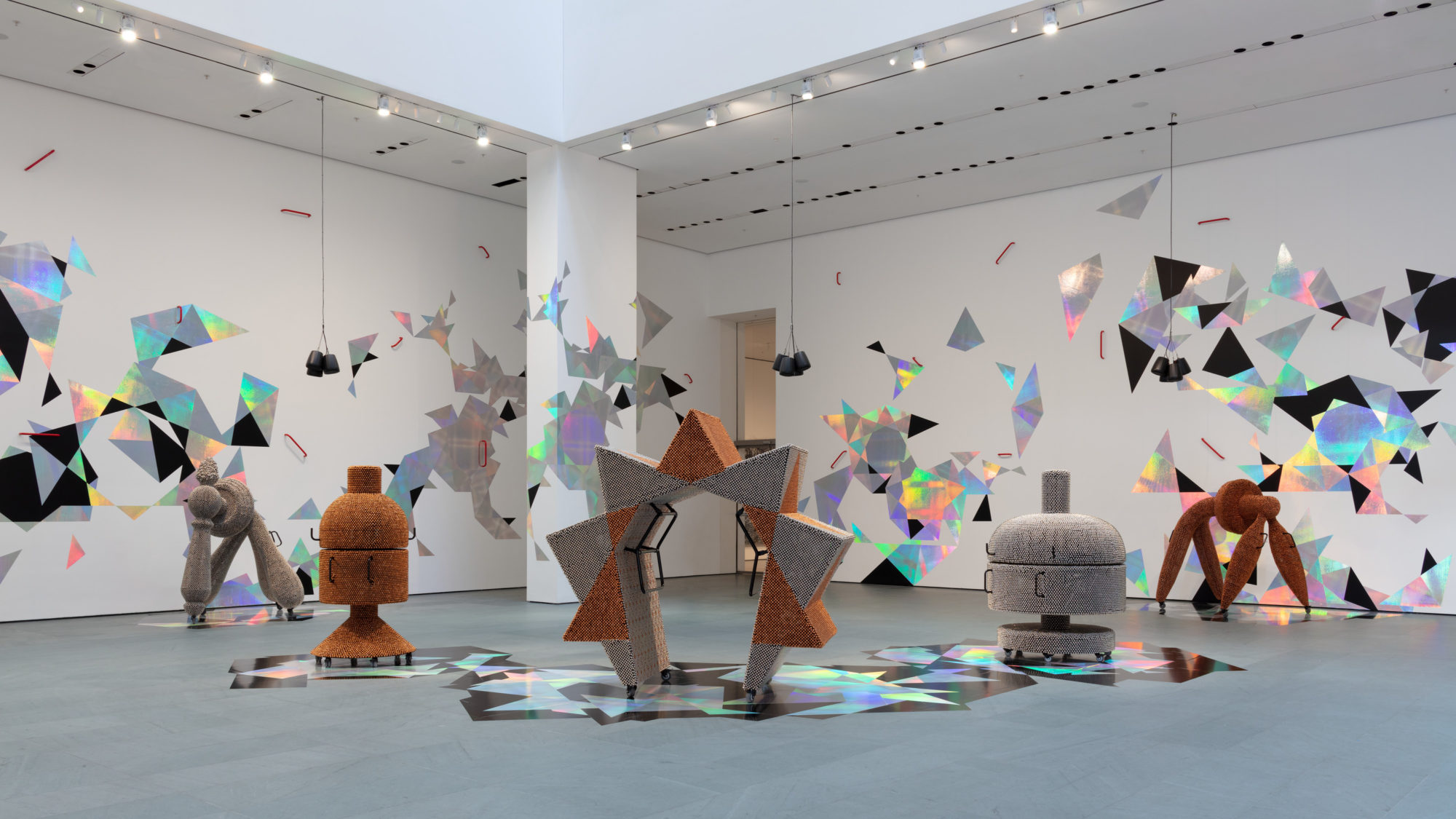 Installation view of Haegue Yang: Handles. 2019. Commissioned for the Marron Atrium by The Museum of Modern Art, New York. Photo by Denis Doorly

The lower floors house temporary exhibits like the current Energy, a diverse array of works contemplating the way society uses and interacts with all forms of energy. Highlights include Massoun Hassani’s Mine Kafon Wind-Powered Deminer, a large spherical device designed to roll across areas that might have undetonated mines and detonate them to reclaim the space for humans, and Wind Map, a TV screen displaying wind patterns in the US by pulling National Weather Service data every hour. 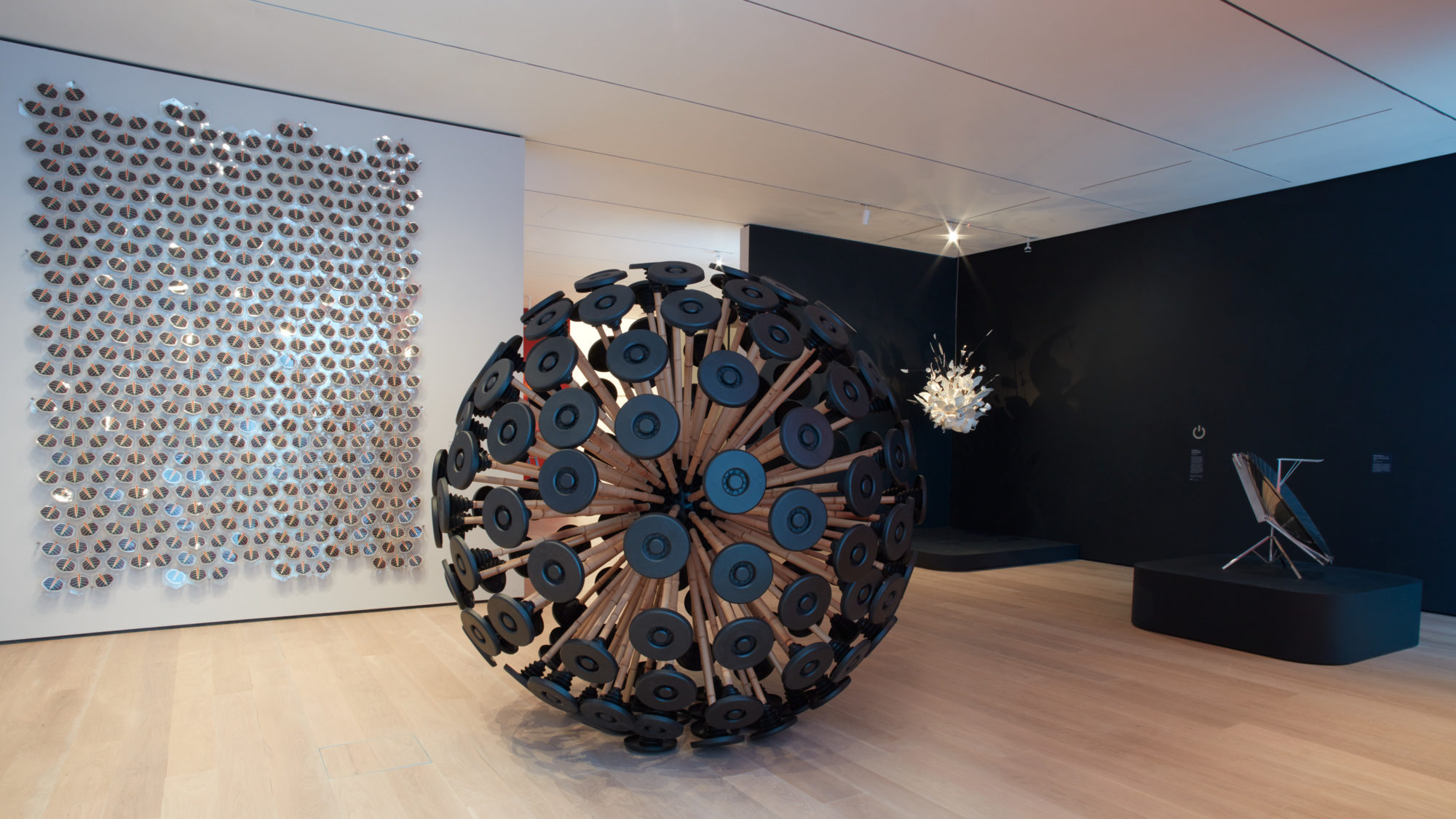 Floors four and five showcase MoMA’s well-known works, but the galleries have been rehung in creative and sometimes thought-provoking ways. For better or worse there is seemingly no unified theory of curation. The old MoMA backbone is still intact with familiar period galleries like “From Soup Cans to Flying Saucers” housing a striking silver sculpture by Yayoi Kusama, Accumulation No. 1, surrounded by recognizable pop-art including some of Warhol’s soup cans and Gold Marilyn Monroe. More prevalent now are themed galleries scattered throughout an otherwise linear journey through the evolution of artistic styles during the 20th and 21st centuries. For example, the gallery “Responding to War” presents depictions of World War II from all over the globe including Picasso, Jose Clemente Orozco, Max Beckman, and Francis Bacon.

The most blatantly jarring curatorial choice is the gallery pairing Picasso’s Les Damoiselles D’Avignon with Faith Ringgold’s American People Series #20: Die, a bloody and haunting evocation of the race riots of the 1960s. While the NY Times called the pairing “a stroke of curatorial genius” for calling out the colonialist politics embedded in both Picasso’s work and the core of the museum’s famed collection, it is unclear that many of MoMA’s 3-million annual visitors will appreciate the museum’s attempt at self-reflection without a more substantial explanation. 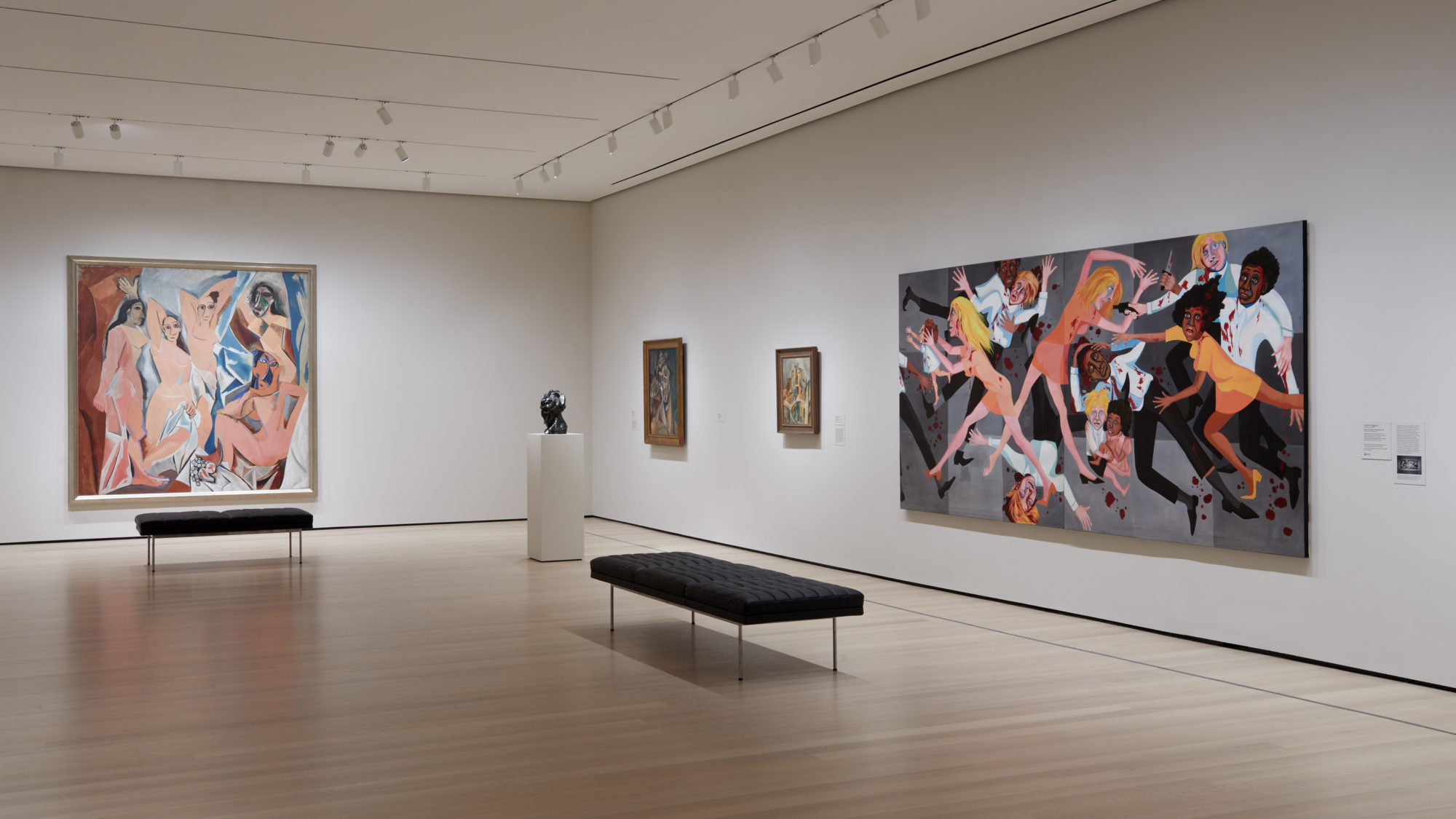 The strides MoMA has made in reducing andro-eurocentrism and acknowledging institutionalized colonialism in major art museums should not be discounted. The museum intersperses works by black artists in its permanent collection among all the themed galleries (see Faith Rinngold above), but appropriately maintains galleries dedicated solely to works exploring racism and the black experience. Jacob Lawrence’s Great Migration series is powerful enough to anchor its own museum, let alone its own gallery, and the “In and Around Harlem” gallery that displays the series is one of the best in the museum. (My fellow law students should check out Panel 14 on racial injustice in the courts). The museum’s opening exhibitions also feature black artists Betye Saar and William Pope.L, along with an increased emphasis on multicultural and non-white artists throughout the museum. 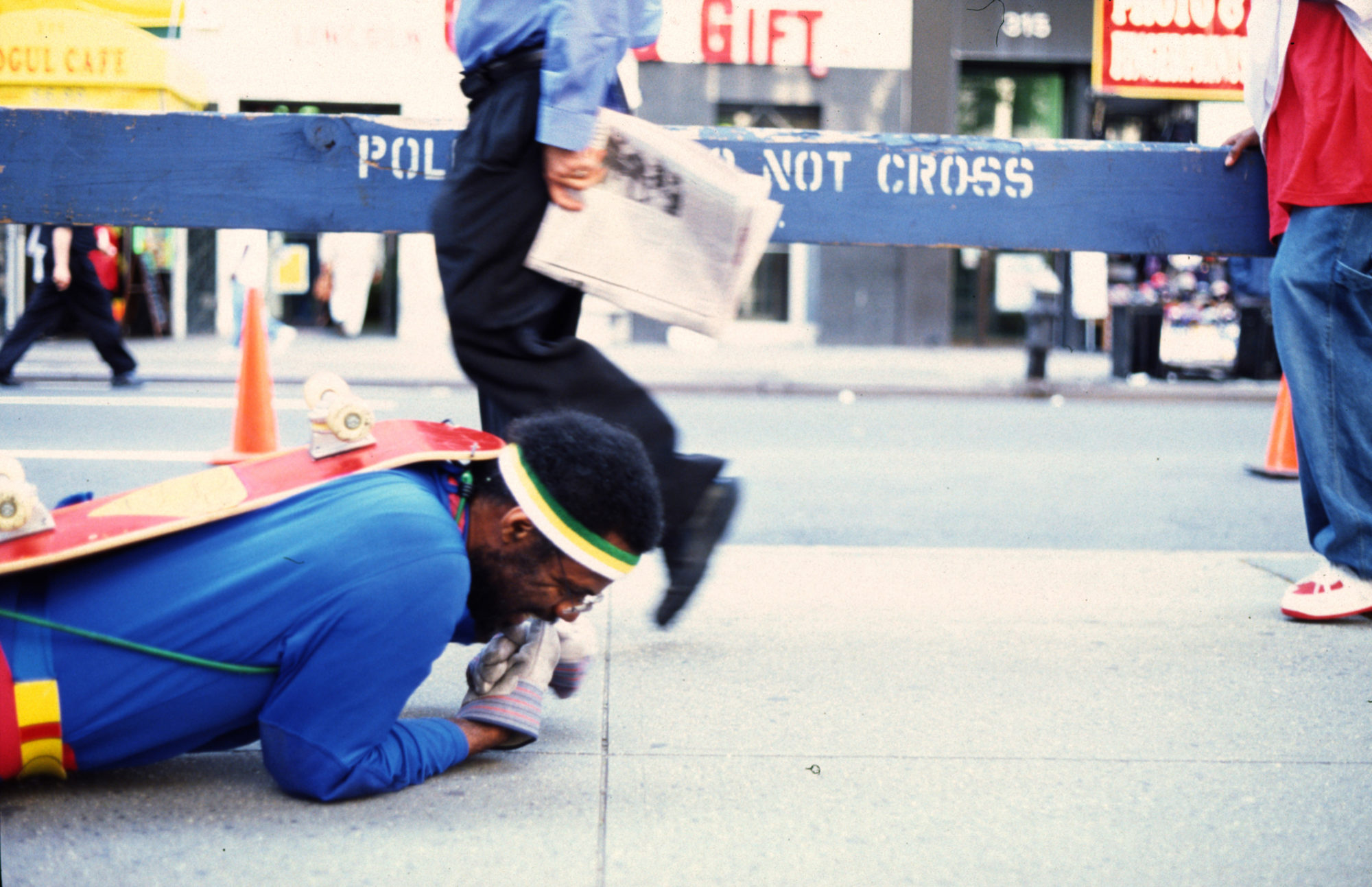 Art critics have welcomed MoMA’s rehang as a step away from its previously stagnant Eurocentric existence. Where MoMA has provided the subtle curatorial statements art critics dream of, it may have fallen short in translating its enlightened vision to its masses of museumgoers. What remains to be seen is whether everyday patrons, and particularly newer generations with no attachment to the previous philosophy and character of the museum, will notice the subtle curatorial choices amidst so many works of art spectacular in and of themselves.