Director Dave Meyers’ name is attached to some of the most popular and iconic music videos of the past few decades. Nostalgia-inducing work of his includes the music videos for Britney Spears’ “Lucky,” Missy Elliot’s “Get Ur Freak On” and “Work It,” and Ja Rule’s “Always On Time.”[1] Yet even through the dramatic changes undergone by the entertainment business and the public’s consumption of music (notably, the rise of Youtube), Meyers has adapted his work and his prominence has sustained, if not grown.[2] The Grammy Award winner[3] is the director behind such recent chart-toppers as Travis Scott’s “SICKO MODE,” Taylor Swift’s “Me!,” Ariana Grande’s “No Tears Left to Cry,” and Kendrick Lamar’s “HUMBLE.”[4]

One of those most recent music videos includes Billie Eilish’s “bad guy,” which grabbed the public’s attention this past summer with its bright color and bizarre energy and was instantly recognizable, popular, and parodied. But soon a reddit thread formed that questioned the artistic integrity of the video’s striking visuals. A user pointed out that the video bore some unsettling similarities to photos published in Toilet Paper, a picture-based magazine published bi-annually and co-created by artist Maurizio Cattelan and photographer Pierpaolo Ferrari.[5] Another user on the reddit thread claimed to have reached out to Toilet Paper via the magazine’s official Instagram account and received confirmation that Cattelan and Ferrari were not involved in the “bad guy” video. 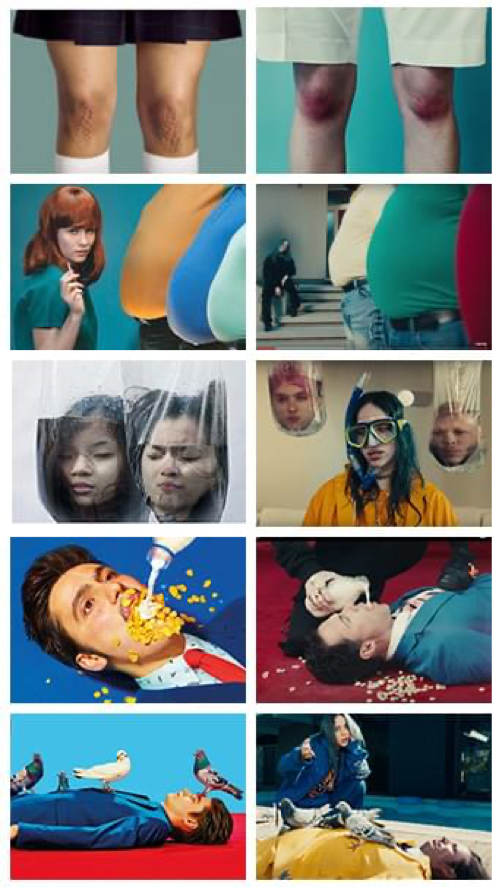 The allegations in the reddit thread (including that the video is a “clear recreation” of Toilet Paper magazine’s photos) raise interesting questions about the relationship between music video visuals and other art media, particularly in an era where artwork circulates through social media. Particularly questions regarding high-profile and repeat offenders—Dave Meyers has faced these kinds of allegations before. In January 2019, visual artist Vladimir Kush filed a lawsuit against Ariana Grande for infringing upon his paintings “Candle” and “Candle 2” in her “God is a Woman” video, naming Dave Meyers among the plaintiffs as the director of the video. The parties reached resolution in August and the lawsuit was dropped.[6]

Vladimir Kush’s painting “The Candle,” left, and a scene from Ariana Grande’s music video for “God is a Woman”, right. Source: https://news.artnet.com/art-world/ariana-grande-lawsuit-dropped-vladimir-kush-1631758.

Dave Meyers also faced an infringement lawsuit for his music video for Kendrick Lamar’s and SZA’s “All the Stars.” British-Liberian visual artist Lina Iris Viktor claimed that the video took visual elements from her “Constellation” series of artworks without her permission—indeed, after she had declined a request from Marvel representatives to use her work in Black Panther, with which the song is associated.[7] The parties ended up settling out of court in December 2018. [8] 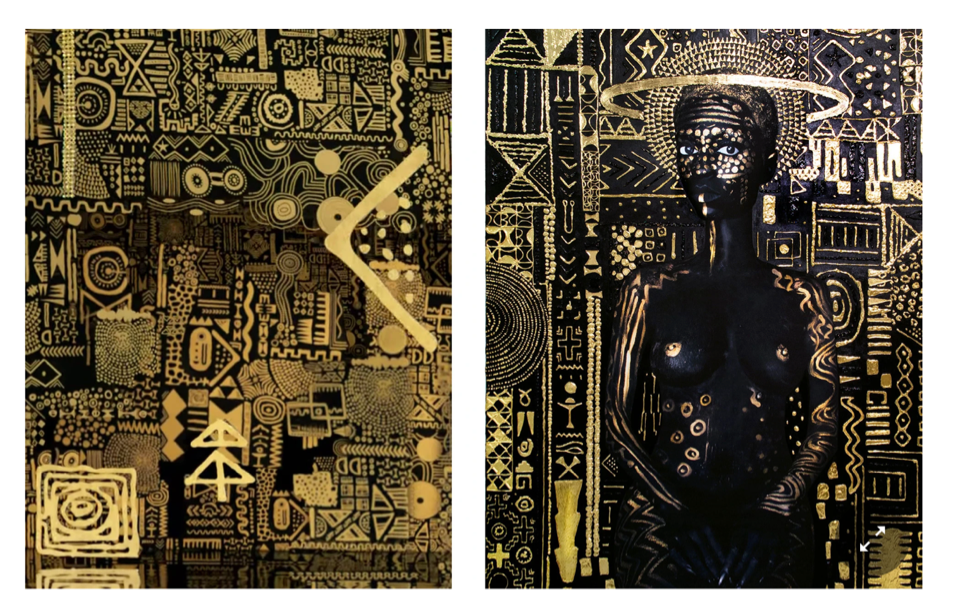 An image from the music video for Kendrick Lamar’s and SZA’s “All the Stars,” left, and the painting “Constellation I” by Lina Iris Viktor, right. Source: New York Times.

Photographer Jamil GS too has accused Dave Meyers and Kendrick Lamar of copying and infringing his work in the music video for Kendrick Lamar’s “LOVE.” The “godfather of the ‘ghetto fabulous’ style of photography” expressed surprise at seeing the replication of his “signature style,” as represented by a 2004-2005 calendar of pin-up-style photos he did called “Outta Darkness,” about a minute and a half into the “LOVE.” video. He told Dazed digital, that “When another artist or peer appropriates my work, it devalues it. I have a clear signature style that has taken years to develop and situations like this, if not called out, make it harder for me to market my work.”[9] 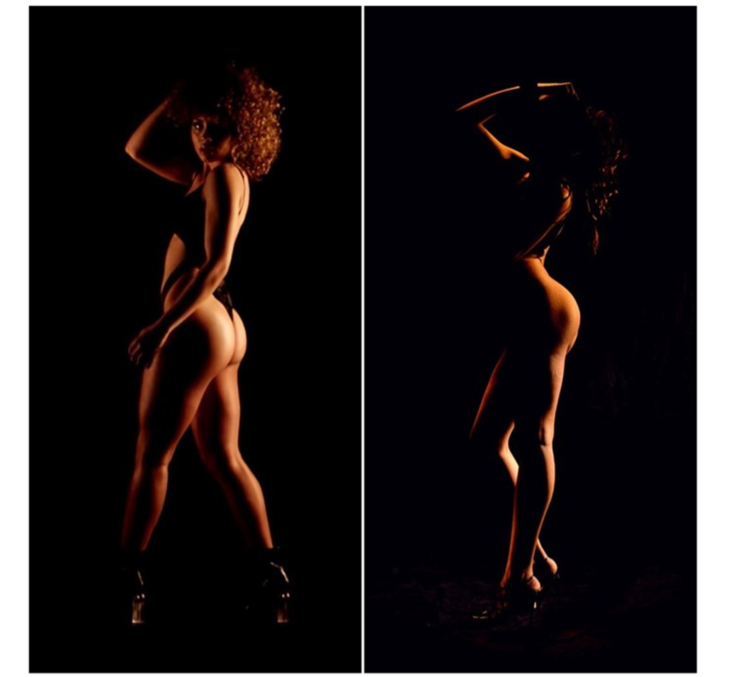 As of today, no legal action appears to have been taken by Cattelan and Ferrari regarding Eilish’s and Meyers’ “bad guy” video. Keeping the past lawsuits in mind, we will have to wait and see how this potential infringement plays out.