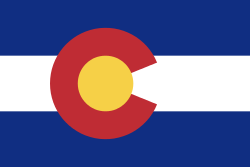 While the outcome of our recent election cycle has represented a country with polarized viewpoints of America’s future policies, one ballot initiative has emerged as a force of consensus. Voters in Colorado overwhelmingly passed Proposition 106 with a clear 64.6% in favor to 35.4% not in favor.[1]  Proposition 106, more commonly known as the “End of Life Options Act,” now gives eligibility for self-administered aid-in-dying medication to terminally ill Coloradans, provided they only have six months or less to live and that they are mentally competent.[2]  Colorado is now the sixth in the United States to sanction physician-assisted suicide for terminally ill citizens, joining Oregon, Washington, California, Montana, and Vermont.[3]  This vote is pivotal for Colorado, marking the latest opportunity for public reflection and debate centered upon how we think about the end of life.

Medical error is the third leading cause of death, behind heart disease and cancer.[11] Opponents to Proposition 106 cite the possible scenario in which an individual is given access to end of life medication, and prematurely ends their life when they might have been able to overcome their prognosis. Yet, as access to physician-assisted suicide continues to grow, richer data sets regarding impacts of the practice have become available. A 2007 inquiry on how physician-assisted suicide impacts vulnerable populations found no evidence of heightened risks in end of life decision-making in Oregon and in the Netherlands.[12]

Proposition 106 borrows heavily upon Oregon’s pioneering Death with Dignity Act of 1997.[4]  Similar to Oregon’s Act, Colorado’s version indicates that the request to receive life-ending medication must be the sole initiative of the patient. This process mandates two verbal requests for life-ending medication that must occur with a minimum of fifteen days waiting period between the two requests. In addition to these verbal requests, a written request must also be provided by the patient with two witnesses present. At least one witness cannot be a relative, an heir, an employee of the medical facility, or anyone who may have an interest in seeing that the individual’s wish is fulfilled.[5]

The physician’s side of the equation adheres to a strictly regimented list of responsibilities. Beyond initial qualifications -- being a legal citizen over the age of 18 who has received a prognosis of terminal illness, with life expectancy of six months or less -- two separate physicians must independently conclude that the patient individual is of sound decision-making capacity and is able to fully understand the consequences of their actions.[1] The physician is obligated to present comprehensive information and treatment options to the individual, including alternatives such as hospice and palliative care. The patient will always have the ability to opt out of their request at any point, even after procuring the lethal dose.

Physician-assisted suicide (PAS) has become a polarizing healthcare topic, especially since cases like Karen Ann Quinlan and Dr. Kevorkian arose in controversy.  Support for PAS has largely originated from individuals with a terminal illness and the loved ones around them. Palliative care, hospice care, and pain relief treatment are not always successful at mitigating the tremendous suffering caused by end-stage terminal illness.[6] Quality of life can decline to a level where pain abatement, whether physically or mentally, is simply not possible. In addition to pain abatement, advocates stress the immeasurable value of peace of mind and sense of control provided by end of life medication.[7] The diagnosis of a terminal illness and a prognosis of six months or less to live can strip any sense of control from such an individual. The ability to say goodbye on one’s own terms and in a dignified manner allows the individual autonomous influence and control. This freedom can be one of the scant silver linings in the midst of a tragedy. Proponents of legal access to end of life medication often point out that in states where this treatment is prohibited, terminally ill individuals may resort to suicide attempts, often unsuccessfully and in an inhumane way.[8]

A principal source of opposition to assisted suicide derives from religious arguments in favor of the right to life. In addition, common objections are found in the conceptual role of a physician assisting a patient in suicide, given the potential for abuse towards vulnerable populations, and the frequency of incorrect prognosis and medical error. Assisted suicide is often interpreted as a contradiction to the core responsibility of doctors: to preserve life through healing. To large segments of medical professionals, incorporating physician-assisted suicide would fundamentally alter the physician-patient relationship and potentially undermines public trust in the medical profession.[9] Beneficence is a core principle of medical practice; and, to many, physician-assisted suicide would erode this core tenet of physician practice. Opponents in Colorado fear that legalizing physician-assisted suicide would disproportionately affect the elderly, physically disabled, and populations of low socioeconomic status. The expensive, life-prolonging treatment usually prescribed to a terminally ill patient can place a disproportionately heavy burden on the uninsured and low-income population which might influence their decision making to favor the assisted suicide route.[10]

Both sides of the debate raise key ethical concerns about legalizing physician-assisted suicide. The principle of beneficence seems to be in direct conflict with anything that would terminate the life of a patient. Yet, in tragic situations where a patient suffers from a terminal illnesses that will drastically reduce quality of life, prolonging life while increasing the risk for harm shifts away from beneficial intent. At this moment, beneficence could be reinterpreted to view death as a method of ameliorating pain and suffering, and that life-ending medication could function as a complement to palliative care. Laws that prevent helping a terminally ill individual die in a dignified and humane manner seem to unnecessarily extend suffering and violate another core principle of medical ethics: the importance of patient autonomy. Autonomy, or self-governance, is of utmost importance in modern bioethics. To deny any individual -- who must be of sound mental capacity -- the ability to determine his or her treatment plan in response to their own terminal illness clearly violates patient autonomy.

Moral progress is often calibrated by how effectively health care practices and policies reduce suffering. Avoidable suffering should be the first type we should aspire to eliminate. Protracted suffering caused by impeding access to end of life medication is an instance where avoidable suffering perpetuates. Maintaining this stance removes the choice from the patient’s hands. Extending life in defiance of the harms inflicted, with no regard to the quality of life of a patient, seems pointlessly unethical.