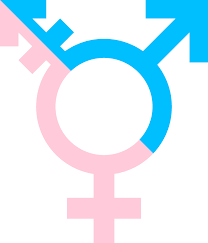 A landmark decision delivered by the Full Court of the Family Court of Australia on November 30th, 2017 confirmed that a transgender child who is capable of giving informed consent can undertake gender affirming hormone treatment without applying to a court for authorization.[1]

Kelvin, the child at the heart of the case, was assigned female at birth in 2000. He transitioned socially as a transgender person in 2014, and in April 2015 began to be known by his preferred name. However, Kelvin’s transition was associated with significant mental health issues, including anxiety, depression and self-harm. Throughout 2015 and into 2016, Kelvin attended appointments with doctors and other healthcare professionals, culminating in a diagnosis of “gender dysphoria”; a term that describes the distress experienced by a person due to incongruence between their gender identity and the sex assigned to them at birth. Kelvin’s doctors recommended hormone treatment. By this time, Kelvin was 17 years old, and while he did not have full legal capacity, his doctors considered him to be capable of giving his informed consent. Significantly for Kelvin, both of his parents supported his decision to undergo treatment.[2]

However, a 2013 decision of the Family Court, Re: Jamie [3], stood in Kelvin’s way. That case held that gender affirming hormone treatment for a child in response to a diagnosis of gender dysphoria requires the authorization of a court pursuant to a federal statute, the Family Law Act 1975. This meant that Kelvin could not access treatment without first applying for, and receiving, judicial authorization.

His father therefore sought the requisite declaration from the Court that Kelvin was competent to consent to gender affirming hormone treatment, just as his doctors had already judged him to be. Additionally, pursuing broader law reform in this vexed area, Kelvin’s father also challenged Re Jamie, demanding an answer to the question of whether the treatment could be administered without the further authorization of a court.

Kelvin and his family, represented by Sydney’s Inner City Legal Centre, found support from a broad range of amici, including “A Gender Agenda,” a not-for-profit advocacy organization that works with, and on behalf of, intersex, transgender and gender diverse people to eliminate discrimination. Led by a team of pro-bono counsel, Kelvin’s case made its way to a hearing before the Full Court of the Family Court.

In deciding the questions posed in Kelvin’s favor, the Court found it significant that a diagnosis of incongruence between one’s experienced or expressed gender and one’s assigned gender had been re-classified since Re: Jamie in the Diagnostic and Statistical Manual of Mental Disorders: what was once “Gender Identity Disorder” is now “Gender Dysphoria."[4] Putting to one side the jarring title of the Manual (and the concomitant issues of pathologizing the hetero- and cis-gender non-conformity that it might entail), the Court made a significant finding that emphasized the lived experience of gender dysphoria. The Court said:

“The risks involved and the consequences which arise out of the treatment being at least in some respects irreversible, can no longer be said to outweigh the therapeutic benefits of the treatment, and court authorization is not required.”[5]

This finding represents an important re-balancing of the perceived risk factors that attend gender affirming hormone treatment. The key ‘risk’ identified in earlier court decisions was the irreversibility of some forms of hormone treatment. On one view, the Court’s emphasis on the irreversibility of the treatment revealed its ongoing discomfort with the notion that a child could ever wish to permanently change their gender identity or expression. In its reversal of that position, the Court re-focused its attention on the risks of denying treatment, giving due credence to the wishes expressed by the child, the assent of their parents and the recommendation of their team of medical professionals.

The case also presents a remarkable example of judicial restraint. As the Court put it:

“We think it important to emphasise that the Court in this case is concerned to examine … whether there is any role for the Family Court in cases where there is no dispute between parents of a child who has been diagnosed with Gender Dysphoria, and where there is also no dispute between the parents and the medical experts who propose the child undertake treatment for that dysphoria.”[6] (emphasis added)

Here, we have a court empowered to exercise its jurisdiction in matters of great personal significance. And yet, rather than continue its current practice, the court undertook a critical self-examination that centers the rights of the child and their parents, and is deferential to the expertise of the doctors and other healthcare practitioners charged with the child’s care.

Equally important was the Court’s care not to undermine its jurisdiction and power to address situations in which there is a genuine dispute as to whether treatment should be administered, such as where parents or medical professionals are unable to agree.[7] There remains an important role for courts in these difficult situations.

Kelvin’s case marks a significant step forward for the rights of transgender children and their parents in Australia. Transgender children whose sole barrier to gender affirming hormone treatment was court approval, now face a green light. And the future ‘Kelvins’ of Australia will not be made to endure the heavy psychological toll of a legal process in order to obtain the medical care they require. The Court’s overdue demonstration of a more nuanced understanding of gender dysphoria and the risks and benefits of treatment bodes well for the future development of the Australia’s gender and sex-related jurisprudence.