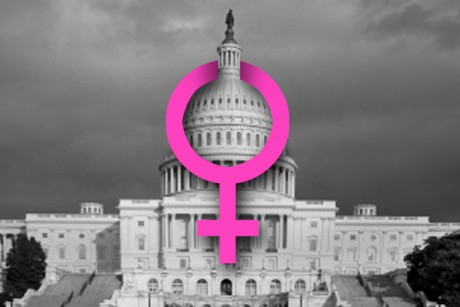 Though the male condom seems almost ubiquitous in current American society, female contraceptive methods constantly seem to be the subject of controversy. While debates in the twentieth century centered on the legalization of contraception, the discussion now is over who should be required to pay for contraception. This question of funding may seem less pressing than the question of legality, however, ability to pay is directly tied to access: women who cannot afford contraception cannot freely use it. Though many supporters frame their case in terms of an infringement of women’s rights, this argument is inherently weak. Women should have open access to contraception regardless of whether they have the right to it. The issue of women’s access to contraception is most often viewed through a legal lens, but it should be discussed in terms of its benefits to public health.

The importance of protecting religious freedom is certainly a valid argument, but this Supreme Court decision does not seem to truly be about religious freedom. In Burwell v. Hobby Lobby, Inc., the Court noted that its decision “concerns only the contraceptive mandate and should not be understood to hold that all insurance-coverage mandates, e.g., for vaccinations or blood transfusions must necessarily fall if they conflict with an employer’s religious beliefs” (Burwell v. Hobby Lobby, Inc.). Required vaccinations and blood transfusions both contradict certain religious values. Jehovah’s Witnesses, for example, view blood transfusions as sinful (Schaffer). Based on Burwell v. Hobby Lobby, Inc., an employer who is a Jehovah’s Witness would not be exempted from paying for insurance for blood transfusions, yet an employer who holds a religious belief that opposes contraception is exempt from paying for it. Both cases discuss religious opposition to a medical treatment. Why, then, is the Supreme Court arguing for protection of religious freedom only as it pertains to contraception?

One explanation is that Burwell v. Hobby Lobby, Inc. is not truly about protecting religious freedom; rather it is simply a progression of the decades-long argument over control of women’s reproduction in which both sides have latched onto rights as a means to further their views. The birth control movement itself actually started as a movement for the right to free speech against the restrictions of the Comstock Act. After Griswold v. Connecticut, however, the basis of the argument changed to one based upon a right to privacy. The rapid shift demonstrates that perhaps the rights themselves were not the central focus of the arguments but rather tools to gain support for each side. The discussion of rights continues today, changing now to one about the right to freedom of religion.

Contraception needs to be discussed from a different perspective – to be rewritten as a health issue. With a topic as politically fraught as contraception, shifting the focus to health considerations allows people to distance themselves from political agendas and reconsider the issue of open access to contraception in a new light.

Debates over interactions between rights completely ignore another aspect of this issue: “Is open access to contraception beneficial to society?” Contraception is important not just because it is someone’s right; increased access to contraception promotes women’s health. Contraception prevents unintended pregnancies. While condoms have a “typical use” failure rate of approximately 17%...the IUD and implant have typical use failure rates of 1% or less…and oral contraceptives have typical use failure rates of 9% (“Guttmacher”). The decrease in unintended pregnancies associated with increased use of contraception is particularly evident in the teenage population. In 2013, the “U.S. birth rate for teenagers aged 15–19 dropped 57% from its peak in 1991, paralleling a decline in the teen pregnancy rate” (Martinez and Abma). Using contraceptives also allows women to space out their births, improving the health of their infants. Short interpregnancy intervals have been linked to “low birth weight, preterm birth, and small size for gestational age,” critical factors in infant health (“Guttmacher”). Providing women greater access to contraception improves women’s and infant health.

Arguing for open access to contraception through the perspective of public health also allows for a discussion about equity. Much of the argument over funding and insurance coverage of contraception involves women who cannot afford contraception without financial help. Women of lower socioeconomic status often rely on publically funded contraceptive services. In 2006, more than nine million clients received contraceptive services that were publically funded, helping women “avoid 1.94 million unintended pregnancies, including 810,000 abortions” (“Guttmacher”). Without publically funded efforts, “levels of unintended pregnancy and abortion would be nearly two-thirds higher among U.S. women overall and close to twice as high among poor women” (“Guttmacher”). Discussions around open access to contraception and public funding of the matter unfairly target women of lower socioeconomic status who have no other method of obtaining contraception. By discussing the matter through the public health lens, the inequity of the situation becomes apparent.

Women should have open access to contraception regardless of whether they have the right to it. Arguing for open access through a discussion about rights is ineffective and often devolves into weighing the relative importance of rights. Framing the debate in terms of public health allows for a much more productive discussion of women’s health. Some may argue that this change causes the issue of morality to be overlooked, but the practice of reshaping political, social, or moral judgments as public health ones is not unprecedented. Burwell v. Hobby Lobby, Inc., for example, allowed religious freedom judgments to be made on provision of contraception but not on vaccinations and blood transfusions. In the cases of the vaccinations and transfusions, the Supreme Court made a value judgment by overriding religious beliefs against these medical practices in favor of promoting public health. If the argument over open access to contraception is redefined in a similar manner, the unproductive decades-long fight over which rights take precedence will be replaced by the enacting of measures that further the health of the nation.