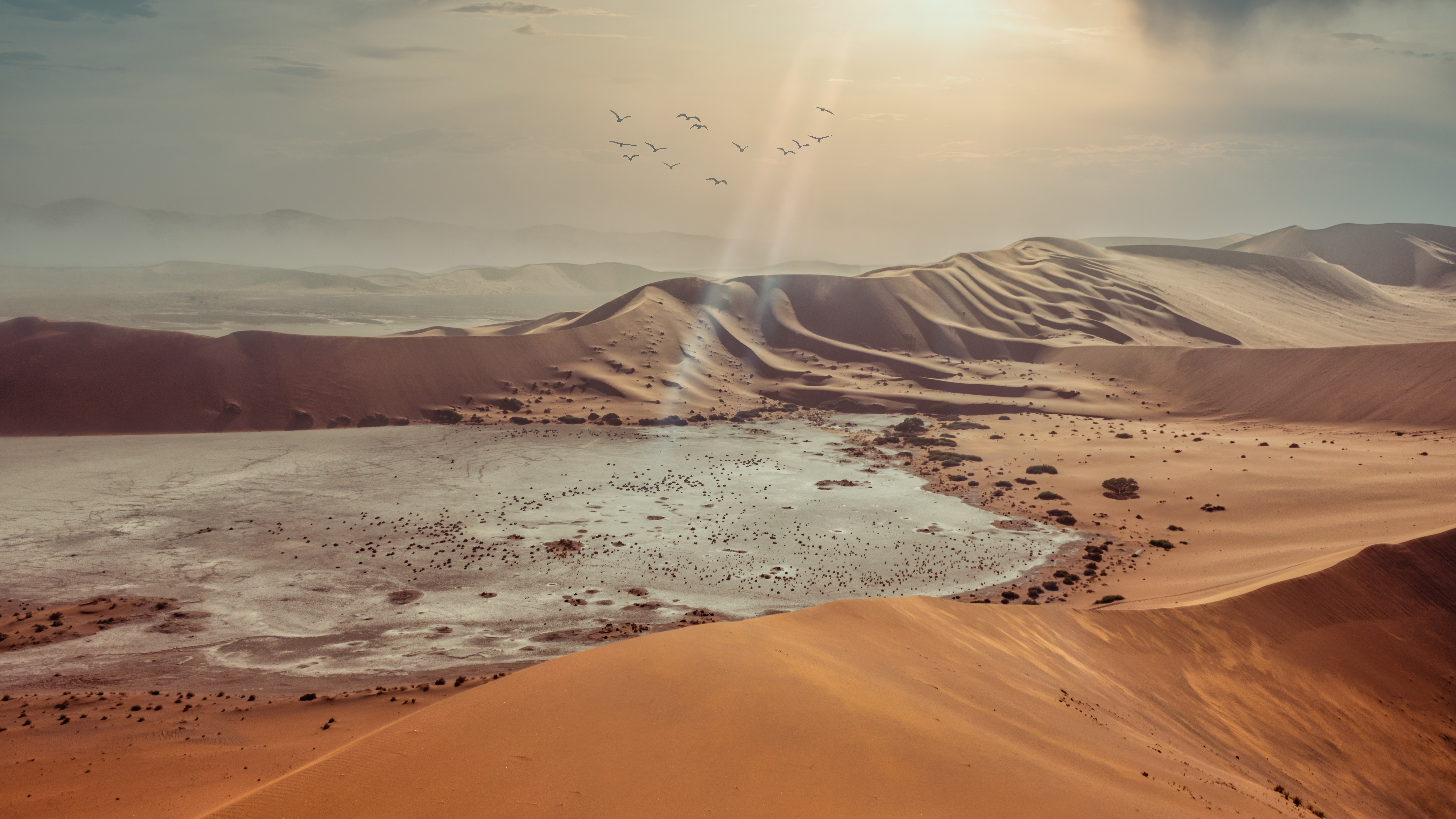 Photo by Renè Müller on Unsplash

Forced sterilization of women around the globe is a human rights violation and bioethical concern. In the past, countries enacted laws to forcibly sterilize women deemed unfit to procreate. Although many of these laws have been retracted, the practice persists under the guise of public health. More recently, women living with HIV have been targets of nonconsensual sterilization. Consent is frequently obtained while under duress or threat or not obtained at all. Nonconsensual sterilization has been documented in Chile, the Dominican Republic, Mexico, Namibia, South Africa, and Venezuela.[1] In 2015, three women who were sterilized without consent sued the Supreme Court of Namibia, which did not find evidence that the doctors engaged in discrimination by performing or recommending the procedures due to the patient's HIV status.[2]

l.     What is Forced and Coerced Sterilization?

Forced sterilization is any sterilization that takes place without a patient’s informed consent. In healthcare settings, it occurs when women seeking sexual and reproductive health care are sterilized without their knowledge or the opportunity to provide informed consent. The practice is used as a means of permanent contraception. Surgery is the most common sterilization method. Women may unknowingly have a hysterectomy, the blocking and severing of fallopian tubes, or they may be administered a medication that causes the fallopian tubes to seal, thus preventing fertilization. Nonconsensual sterilization may result from misinformation, financial incentives, or intimidation tactics obliging women to approve of the procedure.[3]

Namibia presents a crucial bioethical injustice despite its perceived legislative success in curbing forced sterilization. In 2008, the International Community of Women Living with HIV/AIDS (ICW) and the Namibian Women’s Health Network (NWHN) documented mass violations of sexual and reproductive health rights. The report recorded breaches of informed consent when testing for HIV, denial of information to women with HIV, and divulging or risking confidential patient information.[4]

Between 2005 and 2007, three women were coerced into bilateral tubal ligation when seeking reproductive health care. In 2012, the women filed a suit against the Namibian Government for constitutional violations.[5] Their claims included infringements of their rights to dignity, liberty, and to make decisions about starting a family. In addition, the women claimed the procedures were discriminatory due to the women’s HIV status. In 2015, the Namibian High Court ruled in the women’s favor and rendered the sterilizations unlawful. However, the Court failed to conclude that the acts were discriminatory.[6]

In the traditional Western view of bioethics, autonomy is defined as self-rule, freedom from the control and limitations of others. Autonomy requires informed consent and the absence of coercion. If a person’s choice is based on manipulation, coercion, or compulsion, consent is not truly voluntary, and if it is based on misinformation, it is not informed, violating autonomy.[7]

Eight hours into labor, a nurse informed one of the plaintiffs that she must undergo a hysterectomy. The plaintiff was presented with official documentation to consent to the procedure, which was not explained to her. The documentation referred only to the sterilization procedure using an abbreviation. She was dependent on the clinician’s assistance in the birthing procedure. She was not aware of the nature of the procedure because she did not understand the options and consequences in the consent document. The healthcare workers made no effort to inform the woman of her right to abstain from the procedure, which she did not understand was a sterilization procedure. She did not learn that she was sterile until returning to the clinic to obtain retroviral medication for her child.[8] The consent was neither voluntary nor informed, undermining autonomy.

The principle of beneficence consists of the moral obligation to do good and has been described as requiring one to act for another’s benefit or to further a patient’s interests. What constitutes the patient’s good is related to both the patient’s view of her good and what allows her to pursue her own conceptualization of “good.” Beneficence from a physician’s viewpoint might also concern what the physician thinks is good or best for the patient. Studies asking women, “have there been any positive or good changes in your life ever since you found out that you were sterilized,” report no positive outcomes.[9] By ignoring the interests of patients, beneficence is abandoned.

By performing forced sterilizations, healthcare workers deprive women of the right to bear children in the future. This directly violates the notion of prioritizing a patient’s interests. In Namibia, patriarchal cultural values about reproduction, marriage, and child-rearing instill expectations on women to bear and rear children.[10] Forcibly sterilizing women ignores heightened cultural pressures and the psychosocial outcomes for women who cannot become pregnant. Sterilization risks discrimination against women with HIV. In addition, a woman who is forcibly sterilized may suffer abuse from a spouse who was excluded from the decision, leading to compounding adverse effects on physical and psychological well-being.

Beneficence also calls for ending discrimination. Coerced sterilization is partly based on mistaken beliefs about vertical HIV transmission.[11] Although proper medication can prevent mother-to-child transmission, clinicians who are ill-informed about transmission resort to sterilization.

Women subjected to forced sterilization suffer immense physical harm at clinicians' hands. Consequential physical health problems include heavy menstrual bleeding, severe abdominal pain, and lower limb weakness. These physical health problems increase financial difficulties and the need for health services, placing additional financial, physical, and emotional stress on patients. Clinicians’ disregard for the socio-cultural consequences is non-beneficent and a bioethical lapse. The sterilizations come under the backdrop of pervasive victimization of women, discrimination, and gender-based violence, made worse in the aftermath of sterilization.[12]

Among women forcibly sterilized in Latin American countries, pregnant women with HIV are six times more likely to be forcibly sterilized than pregnant women with HIV whose diagnosis was unknown to themselves and their physicians.[13] Equivalent findings have been documented in Southern Africa.[14] By perpetuating HIV-discriminatory beliefs that deem women unworthy of reproduction, clinicians subject patients to harmful discrimination and freely discount the principle of justice.

V.     Through a Human Rights Lens

Nonconsensual sterilization is recognized as an “act of torture, and cruel, inhumane, and degrading treatment” by the United Nations Human Rights Committee. Torture is defined as intentionally inflicted suffering on a person for an improper purpose or if that purpose is based on discrimination.[15] The United Nations has condemned forced sterilization as a violation of the rights to health, bodily integrity, freedom from violence, freedom from torture, freedom from discrimination, and to decide the number and spacing of their children. The right to health is guaranteed under the International Covenant on Economic, Social, and Cultural Rights (ICESCR).

The right to information is guaranteed under The International Covenant on Civil and Political Rights (ICCPR).[16] There is also a long recognized right to informed consent under which healthcare practitioners provide the information necessary for people to make an informed choice. Practitioners must disclose the risks and benefits of a procedure. In the actions leading to the 2015 lawsuit in Namibia, the women were unaware that they had been made sterile until they returned to a healthcare facility. They had not been given a choice. The doctors told them they ‘must’ undergo the procedure. The clinicians failed to provide clear and comprehensible information and did not confirm that the patients understood the consequences of the process.

In the courts, better human rights argumentation and the ability to challenge legal deficiencies would improve plaintiffs’ ability to win cases.

The bioethics community should take action to end coerced sterilizations as they violate the four principles of bioethics set forth by Beauchamp and Childress. In Namibia, the case of the three plaintiffs demonstrates the need for more bioethical attention, as the disregard for autonomy, beneficence, nonmaleficence, and justice were clear. Employing a human rights framework emphasizes the structural origins of the practice and calls for governments to seek out and end coerced sterilization. If coerced sterilization does occur, courts that prosecute it can be a deterrent and can work toward righting the wrong through the justice system.

[1] Open Society Foundations, “Against Her Will: Forced and Coerced Sterilization of Women Worldwide.”, (2011): 2-10 (accessed August).

[6] Chingore-Munazvo, Furman, Raw and Slabbert, “Chronicles of communication and power,” 146.

[8] Chingore-Munazvo, Furman, Raw and Slabbert, “Chronicles of communication and power,” 142-147.

[9] Kudzai Bakare & Shelene Gentz, “Experiences of forced sterilisation and coercion to sterilise among women living with HIV (WLHIV) in Namibia: an analysis of the psychological and socio-cultural effects,” Sexual and Reproductive Health Matters, 28 no.1, https://doi.org/10.1080/26410397.2020.1758439.

[11] Open Society Foundations, “Against Her Will.”

[13] Kendall and Albert, “Experiences of coercion.”

[14] Chingore-Munazvo, Furman, Raw and Slabbert, “Chronicles of communication and power.”

[15] Open Society Foundations, “Against Her Will.”