Having served twenty-two months of a twenty-four-month prison sentence for a felony drug conviction, I now have a deeper appreciation for my rights and for my liberty. Upon the completion of my parole and the subsequent restoration of my right to vote, I have taken great pride in voting in every election. I have become a passionate advocate for civic engagement, professing its significance to anyone who will listen, and often even to those who won’t, which is why I was disheartened and exasperated when I learned that I am permanently banned from serving on a jury. Since my release from prison, I have completed my associate’s degree with honors, and I have been accepted to Columbia University, yet I remain ineligible to serve on a jury. What is more, after I earn my bachelor’s and Juris Doctor degrees, I will continue to be banned from jury duty, permanently relegated to second-class citizenship.

Recently, Assistant Attorney General Karol Mason announced the Department of Justice’s new policy for federal departments to eliminate the use of disparaging labels for individuals who have been convicted of a felony, which is a magnificent step towards addressing the issues that can serve as barriers for life after conviction. For me as a man living with a felony conviction, AAG Mason’s announcement served as a reminder of my status of second-class citizenship, and of the fact that though I was born in this country, I will never return to being a full citizen. The issue is more significant than one young man’s hurt feelings; felon jury exclusion affects millions of Americans.

Thirty-one states and the federal government permanently ban people who have been convicted of felonies from serving on a jury. Consequently, thirty percent of African American men are unable to serve as jurors, in a system that boasts of being superior because of its conception of a jury of one’s peers. According to Brian Kalt in his report for American University Law Review, the main argument against felon juror service is that felons will be biased because they are angry at the system for their conviction, and that they are a threat to the integrity of the court. Apprehension about including a formerly barred group into the polity is understandable, as is trepidation that some may harbor animosity, but to establish this as a basis for permanent exclusion is a miscarriage of justice.

Every human being is capable of bias, and every subgroup within society could favor those with whom its members identify, either through race, ethnicity, religion, or a physical trait. Moreover, those who have been convicted of a felony are no more likely to be biased than anyone who has been pulled over for a speeding ticket, been arrested for domestic violence, spent time in jail for a misdemeanor, or had a civil judgement entered against them. Furthermore, excluding groups on the sole basis of possible bias would require the elimination of the entire populace from the jury system.

Every potential juror contributes a unique perspective to a case, as their life experiences have shaped their consciousness and aid them in discerning fact from fiction, and probability from possibility, including those with a felony conviction. Having experienced the justice system firsthand, I know that those living with a felony conviction bring a more informed perspective to the criminal justice system. They appreciate the magnitude of the jury’s responsibility and are better able to assess the credibility of witness and police officer testimony, not because they believe that all witnesses or police officers are liars, but rather because they realize that witness testimony isn’t necessarily always reliable, and that the police may withhold the truth. Lastly, they understand the burden that the prosecution must meet in order to win a conviction, which increases the likelihood that a defendant will receive a fair trial.

Many conversations are taking place within the context of criminal justice reform, and they are all about serious issues that affect many Americans. Some of the dialogue has focused on felon disenfranchisement and on barriers to reentry, but felon exclusion from jury service has been completely ignored, which is a colossal mistake. Excluding thirty percent of any group of people undermines the integrity of the justice system, and it deprives the excluded group of the experience of participating in the democratic process. It also conveys a duplicitous message of whose peers the jury really consists of, and perpetuates a system that has persistently innovated techniques to exclude African Americans. Finally, as Chief Justice Thurgood Marshall declared in in his 1972 majority decision in Peters v. Kiff:

When any large and identifiable segment of the community is excluded from jury service, the effect is to remove from the jury room qualities of human nature and varieties of human experience the range of which is unknown, and perhaps unknowable. 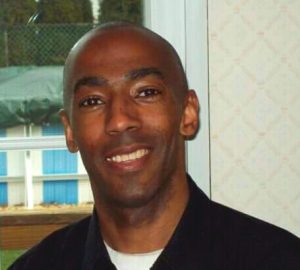 Daudi Justin is a political science major specializing in political theory, and American politics. As a formerly incarcerated student, he is passionate about ending mass incarceration, and reforming our criminal justice. In addition to his advocacy, he enjoys reading, repairing electronic devices, and competing in debate tournaments.