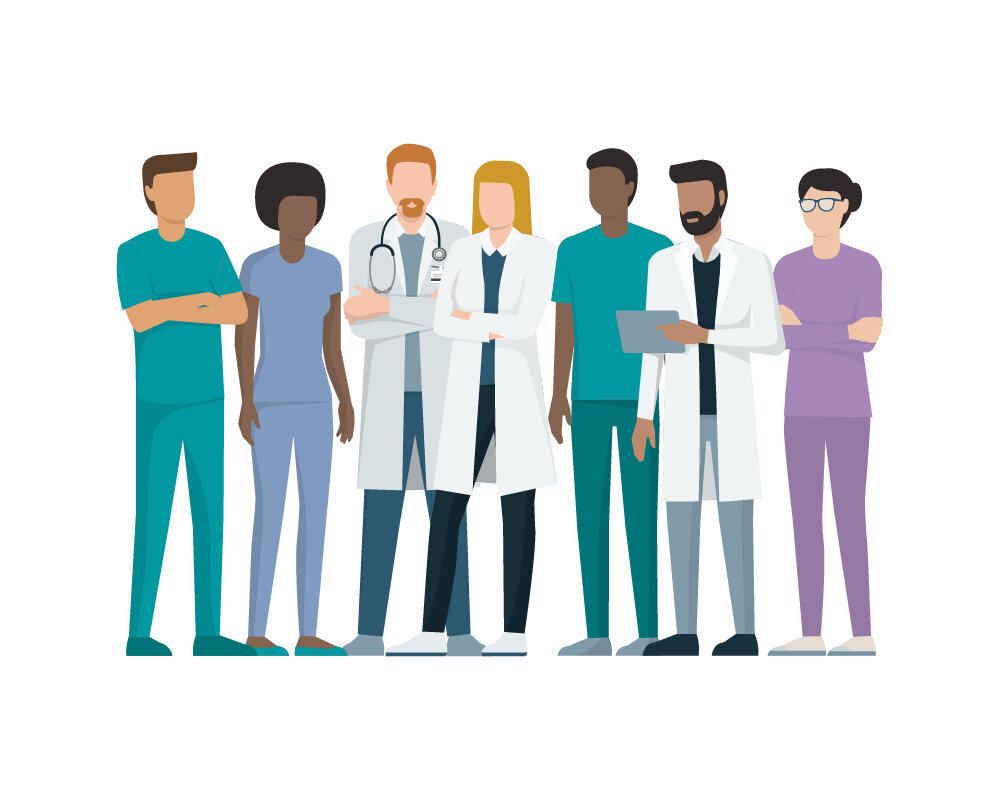 To encourage patient welfare, patients are allowed to make requests for a healthcare provider of a specific race, gender, or religious group. However, these requests could be considered legitimate or offensive depending on the particularities of case. The American Medical Association (AMA) Code of Medical Ethics bans doctors from refusing to treat people based on race, gender and other criteria, but there are no specific policies for handling race-based requests from patients.[1] While it is ethical for patients to request for a physician based on gender or religious needs in some cases, it is unethical for patients to want their bigotry to be accommodated. This paper examines the argument by considering different philosophical models, laws, and research.

Utilitarian ethics can be considered when approaching how to handle a patient’s request for a certain healthcare provider. In this philosophical model, “an action is not inherently ‘right’ or ‘wrong’; rather, the moral value of the action is determined by its contribution to achieving the greatest good.”[2] Various factors including whether another provider is readily available, how urgently the patient requires treatment, and how strongly the patient makes a particular request are factors that are considered before making a decision to accommodate the request.[3] In cases where the request is based on religious beliefs - such as the Muslim women’s request for a female medical provider - doctors often employ “deontological or duty based ethics, feeling a sense of duty or obligation to accommodate the patient's wishes, regardless of the utilitarian balance of greatest good.”[4]

On the one hand, it is ethical to accommodate such preferences when it is based on a patient’s deeply rooted cultural background, as it can lead to higher quality healthcare. An analysis in the UCLA Law Review further supports this argument, stating “accommodating a patient’s preference for a physician of a particular race or ethnicity is consistent with most prevailing medical ethical principles, including informed consent and respect for autonomy, and that no existing civil rights legislation could be used to bar this practice.”[5] In fact, studies indicate that “newcomers to a country are more likely to obtain potentially life-saving health-care services - from contraception to diabetes prevention - if it is culturally sensitive.”[6] Patient requests and preferences can often be accommodated in non-urgent situations. However due to various restrictions in healthcare and possible delays in service, Muslim female patients may be faced with increased risks for several diseases, including breast cancer and cervical cancer due to a reluctance to discuss reproductive and gynecological health with a male physician.[7] Although it is important to respect patients’ preferences, a delay in care can lead to less-quality healthcare, particularly if there is a time-sensitive medical issue.

If we were to allow Muslim women to choose their provider based on sex, another question arises; do patients have the right to choose providers based on race? Soliciting and honoring patient preferences has become an increasing focus of our healthcare system based on the core of tenet patient-centered care.[8] Dr. Angela Rowe, a non-white third-year pediatrics resident, shares her experience of a white parent who refused to allow her to treat their daughter and even requested that she not touch their daughter due to her race. Some would argue that honoring such request for a white physician complies with the ethical principle of patient autonomy.[9] When a female Muslim patient requests a female physician, most physicians comply without any debate or questions, a clear demonstration of cultural sensitivity.[10]When a Spanish-speaking patient requests a Spanish-speaking physician, a similar accommodation would be made if possible. Thus, the principle of valuing patient preference is applied inconsistently dependent of individual circumstances and contexts.

Patients requesting a provider of the same race can be interpreted differently when the request is made by a minority population. A study found that patient requests for care were more likely to be accommodated by a physician when made by racial minority patients.[11] For example, “an African American patient, Ms. Smith, expresses greater comfort with an African American physician, Dr. Simms, than with Dr. Chen, her longstanding Asian primary care doctor.”[12] Alongside anecdotal and qualitative evidence, studies indicate that African Americans patients tend to pick physicians of the same race or ethnicity when they are allowed to choose their physicians; this research supports the hypothesis that having a physician who is the same race as the patient can positively influence a physician’s empathy.[13]A national survey demonstrated that black physicians only make up 4% of the physician workforce, but they care for more than 20% of the black Americans in the United States.[14] Developing trust in a doctor-patient relationship, where the patient can effectively and frankly discuss their medical concerns and questions is essential, particularly in primary care.[15] Patients are not required to feel equally comfortable with all clinicians and providers should help patients find ways to ease patient discomfort whenever possible.[16]

Not all requests from patients for a different healthcare provider are necessarily due to explicit bigotry.[17] Indeed, many individuals conclude that there is a spectrum of justifiable requests when asking for a change in physician.[18]Thus, it is important for providers to explore the patients’ reasons for making a discriminatory request. For example, a Muslim female patient’s request to be seen by a female physician due to her religious practices or a female victim of sexual assault requesting to be seen by a female clinician would fall under what is considered an ethical requests.[19]Ethically appropriate requests for clinicians based on gender, religion, or ethnicity should be generally accommodated under the AMA requirements and general ethical principles. Even if discriminatory requests are in theory justified, it does not mean that they can always be accommodated, especially in emergency situations.

The context of being in a patient-physician relationship where ethical responsibilities prohibit a physician from forcing unwanted care on a patient adds substantial complexity to this issue.[20] In addition, the ethical duty to “protect patients against the threat of unwanted or poorly understood care by empowering them to refuse care or to refuse to be cared for by a particular physician,” the law of battery prohibits providers from caring for patients against their will.[21]While doctors are not allowed to discriminate against their patients, hospitals’ commitment to patient care can encourage patients to discriminate against healthcare providers.

Race-based requests could be considered more problematic given the long history of slavery and institutional racism in the United States. Racial discrimination is unethical and violates Title II of the Civil Rights Act.[22] It is not always easy to recognize discrimination as it requires an understanding of the context of the particular situation but recognizing the difference in patient requests is important. When discrimination is deeply rooted in a society, it can occasionally be difficult to identity instances of discrimination but this should not be taken as a reason to ignore institutional inequities in the healthcare delivery. These issues will never be addressed if they are not reported on. The Hippocratic oath prevents doctors from rejecting a patient based on his or her value system but there is no oath that allows a doctor to refuse to see patients based on personal discriminations, which limits a doctor’s personal autonomy and choices.

In order to address the lack of training for dealing with instances of discrimination, Dr. Dorothy R. Novick, a pediatrician in Philadelphia stated that, “in my seven years of training and 14 years of continuing medical education, I have never encountered a teaching module on addressing racial intolerance in my patients” and further explains that there is no evidence based-guidelines or practice tools for physician’s to utilize. These modules should be part of general medical education in order for practitioners to “practice and model tolerance, respect, open-mindedness, and peace for each other.”[23]

There is still a long road ahead to eliminating latent racism and religious discrimination throughout American society, but ensuring that hospitals are safe spaces and cultivating an environment where both healthcare providers and patients can discuss how cultural and religious differences impact care would be a much-needed improvement. Although having conversations with colleagues and patients on bias are difficult and uncomfortable, open discussion is a necessary step to revising policies to better support minority physicians. A hospital is a unique setting where healthcare professionals have the ethical and legal duty to treat patients of all races, genders, and religion.[24] Medical practices should strive for patient-centered care, matching patients with physicians with whom they feel the most comfortable and will be able to form strong relationships for the best health outcomes.[25] Although there is no standard answer for every patient request, whether it is based on sex, race, or religion, it is important to address unethical discrimination by patients. In an ideal world, hospitals would be able to standardize which patient requests are appropriate and which fall under discriminatory attitudes and practices. Providing more in-depth training on “how to facilitate dialogue that can productively challenge a patient’s racist or biased behavior” could help improve a physician’s ability to manage instances of discrimination well.[26] Factors such as race and culture have complex interlinkages in healthcare but addressing issues of discrimination more transparently could improve quality and reduce disparities in healthcare.

[8] Powers and Jain, “The Prejudiced Patient.”

[12] Powers and Jain, “The Prejudiced Patient.”

[16] Powers and Jain, “The Prejudiced Patient.”

[17] “How to Respond to a Discriminatory Request for a Different Clinician - The ASCO Post,” accessed November 1, 2018, http://www.ascopost.com/issues/april-10-2018/how-to-respond-to-a-discriminatory-request-for-a-different-clinician/.

[18] “How to Respond to a Discriminatory Request for a Different Clinician - The ASCO Post.”

[19] “How to Respond to a Discriminatory Request for a Different Clinician - The ASCO Post.”

[25] Powers and Jain, “The Prejudiced Patient.”

[26] “When the Patient Is Racist, How Should the Doctor Respond?”

“How to Respond to a Discriminatory Request for a Different Clinician - The ASCO Post.” Accessed November 1, 2018. http://www.ascopost.com/issues/april-10-2018/how-to-respond-to-a-discriminatory-request-for-a-different-clinician/.