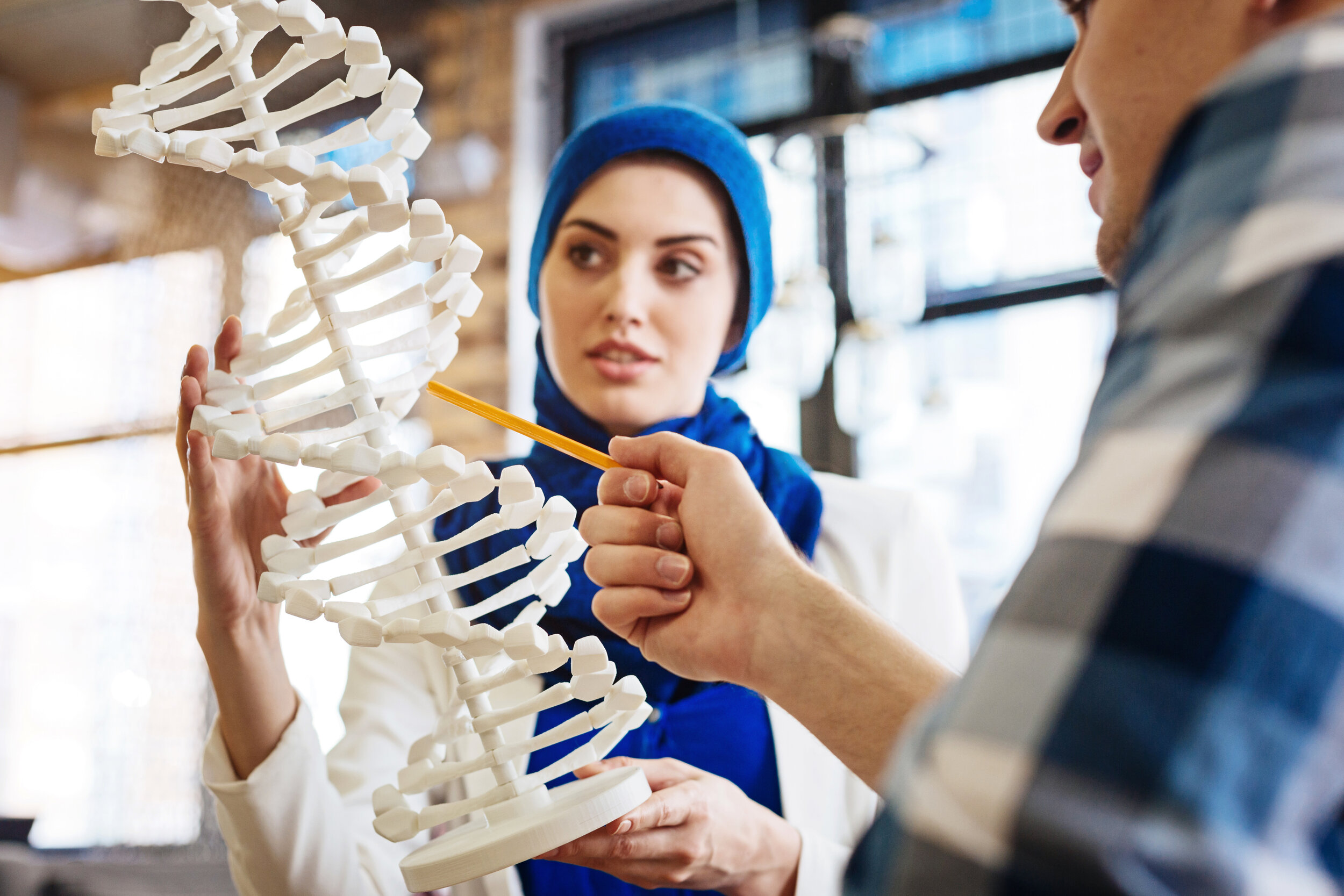 Picture yourself as a well-intentioned physician who hopes to give your patients the best care possible. One afternoon in clinic, you see a Black patient who is experiencing symptoms of heart failure. In medical school, you were taught that the best treatment for Black patients with heart failure is BiDil, the first drug marketed specifically for the needs of Black patients, who supposedly benefit from the drug due to a genetic predisposition to salt retention and hypertension. You prescribe the patient BiDil, and wish them a good day.

Later that year, you see this patient again and are pleased to see that they are doing well. You’re delighted at the success of your care. Not only did you seem to meet their medical needs, you were able to tailor their treatment according to what you understand to be their specific racial biology. You know that Black individuals in the United States have long been medically underserved, and you are thrilled to be utilizing a drug reflective of their needs for once.

However, there is of course more to the story of race and medicine. Black communities have been definitively underserved by medicine and biomedical research, but these fields have also played far too large a role in the over-determination of race as a social category. Undergirding hurtful sociopolitical discourse, scientific research and resultant clinical protocols have produced and reinforced racial difference so firmly as to locate it in the genetic code.[1] While today’s predominant social paradigm is that racial categories have acquired meaning through political discourse and are thus socially constructed,[2] with genetic classification reflecting this discourse rather than confirming its biological origins, some people, particularly within the fields of science and medicine, still operate under the assumption that race is indeed biologically inherent. And as biological identity has been further located in the genetic code over the last several decades, so have biological understandings of race. This is the position upon which products like BiDil, which claim to address racial health disparities by biological means, rest. This position is dangerous. Though these measures are temptingly defensible considering the medical underserving of Black people, they actually neglect the history of scientific reification of socially created race categories, and thus misplace race and solutions to racial health disparities in biological rather than social approaches.

Unequivocally, the medical system’s underserving of the Black community is a critical issue. It has included both a lack of access to medical care and exclusion from the benefits of biomedical research.[3] These are the issues which BiDil’s creators and supporters claim to address. Though the drug was not originally intended for any particular racial group of patients, retroactive data analysis of a study showing unimpressive benefits to BiDil was reexamined to reveal statistically notable benefits for Black patients.[4] Eventually becoming the “only drug approved for a single ethnic group,” BiDil was supported by the NAACP[5] and celebrated as a move towards better serving Black patients and addressing health disparities.[6] Gary Puckrein, executive director of the National Minority Health Month Foundation, argued in favor of BiDil in Health Affairs. Defending the merits of the drug, Puckrein wrote, “Race may be the coarsest of discriminators, but it now has proven life-saving potential for heart failure patients. The evidence that convinced the FDA predicts a dramatic increase in black patients’ survival.”[7]

Though Puckrein’s defense of such an apparent improvement in the lives of black patients is understandable considering past neglect, race is indeed the “coarsest of discriminators,” and its use in this context has the potential to ultimately work against the interests of Black patients by obscuring the social construction of racial categories. Sociologist Alondra Nelson addresses the paradoxical danger of race-based medicines such as BiDil when she asks “How did a civil rights tradition undergirded by claims about common humanity and shared inalienable rights become the banner under which social, political, and health industry leaders endorsed a drug predicated on African Americans’ supposed essential biological difference?”[8] Advocacy for attention to racism must not be misconstrued as a call for attention to an imagined biological difference, and we must be particularly skeptical of such attention when it  is attached to profit.

This confusion in and of itself arises because scientists in medicine and other fields have long operated under the assumption that race is biological and have entrenched this framework more broadly via the authority afforded to their voices. One demonstrative historical example is found in political scientist Melissa Nobles’ historical examination of the U.S. Census. Around the turn of the twentieth century, people such as “racial theorist, medical doctor, scientist, and slaveholder Josiah Nott” influenced the racial categories of the U.S. Census in order to prove their theories of Black individuals’ “separate origins” and biological inferiority.[9] As a result, scientists such as Mr. Nott shaped the racial discourse that oppresses still today.

The legacy of this racially reinforcing research continues to play out in the manifestations of the well-intentioned 1993 NIH Revitalization Act. In response to the historical exclusion of women and minorities from biomedical research, the measure required that federally funded clinical studies include minority-identifying subjects. However, as author Dorothy Roberts warns, “while designed to correct historic neglect of people of color in biomedical research, requiring that biomedical researchers use race as a variable risks reinforcing the very biological definitions of race that have historically supported racial discrimination.”[10]

This obfuscation of the social construction of racial categories matters because such misunderstandings of the origins of race as biological could mean never addressing racial health disparities via the broader social subjugation that produces them. Focused on inclusion of Black individuals in the development and distribution of biological solutions like BiDil, biomedical researchers and resultant clinical protocols may seem to be redressing past wrongs, but without a committed examination of the social histories that have created racial categories, reinforced these categories through science, and then used them to subjugate, these fields will continue to obscure the social and political conditions which are truly at the root of disparity.

There is an ethical responsibility here, particularly for providers who do not have a lived experience of racism, to think deeply and act intentionally when it comes to race in the clinic and their research. How should providers understand race and racism in a clinical context? The conclusion is not that race is unreal or irrelevant. Rather, it is an integral part of every single person’s experience on this planet. Though race is socially constructed, it remains an experiential reality — and realities such as these insist on manifesting their power in the ills of the body. The ethical dilemma providers must confront is that of honoring the impact of racism on health and the body while simultaneously refusing to underwrite a belief in biological racial difference. At every turn, scientists must ask themselves, what do my actions imply about the origins of race? How will this ultimately impact the well-being of my patients, their families, and our society?

[6] Alondra Nelson, Body and Soul: The Black Panther Party and the Fight Against Medical Discrimination (University of Minnesota Press, 2011), 185-6.

[9] Melissa Nobles, “History Counts: A Comparative Analysis of Racial/color Categorization in US and Brazilian Censuses.,” American Journal of Public Health 90, no. 11 (November 2000), 1740.