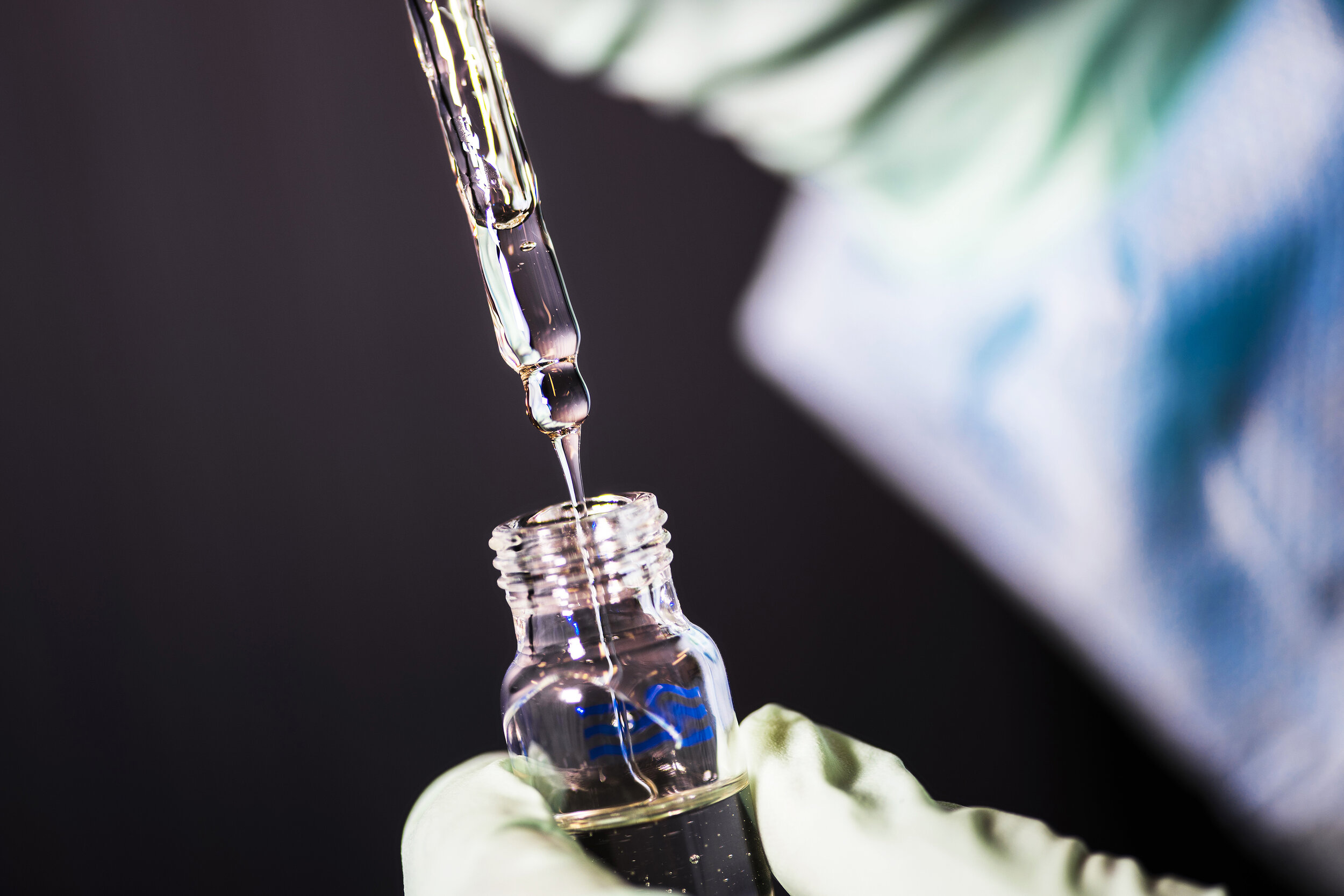 ANTONIO
(more diplomatic)
We were wondering if we should leave some
things to chance.

GENETICIST
(reassuring)
You want to give your child the best possible
start. Believe me, we have enough imperfection
built-in already. Your child doesn't need
any additional burdens. And keep in mind,
this child is still you, simply the best of you.
You could conceive naturally a thousand times
and never get such a result.[i]

Few inventions in science and technology have not previously been imagined in film and literature.

The scene from Andrew Niccol’s 1997 film Gattaca reveals what I call “the identity problem”: the discomfort of the couple and the dissonance between them and the geneticist is palpable. Maria and Antonio naturally conceived their first child who was born with a heart defect, which is why they decided to take the in vitro fertilization (IVF) route with preimplantation genetic testing (PGD) for their second child. In the futuristic world of Gattaca, IVF with PGD is an ordinary way of procreating. By conceiving their first son naturally, the couple went against the norm.

Have Maria and Antonio wronged their first son? The notorious nonidentity problem[ii] confirms harm if we account for the non-person affecting principle, which states that harm exists if a child is born when another child could have been born instead with better prospects.[iii] Indeed, the life this couple had given their first son by default offers him less opportunities and more hardship, which is especially obvious in comparison to their second son. We could also argue they did not do harm if we assume that their first son, had he been conceived in vitro and tested before implanting, would likely not been chosen among the available embryos due to his heart defect. Alternatively, the pregnancy might result in selective termination due to his prenatal testing results. In a futuristic scenario, his heart defect might be fixed before or during the pregnancy, which would ultimately eliminate the nonidentity paradox. It would not, however, eliminate the identity problem if the defect would be treated after the birth.

Prenatal information burdens patients and clinicians not only in science fiction and the real-world future—it is an issue they face today. When a prenatal test claims that an embryo or a fetus has a heart defect, spina bifida, short stature or eleven fingers, it crosses into a physician-patient discourse where at least five value systems meet: the patient’s, their partner’s, and the clinician’s, as well as that of the institution and wider society. In Gattaca, the mainstream ethical values are obvious: the couple is able to choose superfluous features while the society, with the geneticist as its proxy, takes over to eliminate the undesirable ones.

In the USA, it is widely believed that the right decision is made when the patient considers it right for themselves, as long as it does not harm anyone. Not choosing against deafness or Down’s Syndrome is a controversial decision at the PGD stage of IVF (in the UK, for example, it is forbidden to transfer an embryo with known aneuploidy). Physicians might view this choice as voting for non-health over health, thus going against the essence of medicine.[iv] It is in such cases where the borderline lies and where we need to listen to individual stories and contexts, many of which are find in fiction and nonfiction.

A Brief History of The Identity Problem

The identity problem has existed even before the ultrasound first offered a peak into the uterus, revealing the sex and health status of the fetus. In a broader sense, it has been around at least since the idea of eugenics was discussed in fictional utopias, such as Samuel Butler’s Erewhon: or, Over the Range (1872)[v] and Francis Galton’s Kantsaywhere (1910),[vi] both highly influenced by Darwin’s ideas. Yet, the identity problem grows larger and more obvious with advanced technology of prenatal diagnostic and screening tests as well as with assisted reproductive technologies.

Granted, people already make choices about their potential child’s genetic, cultural, and partly environmental characteristics when choosing their partner. Yet, when these decisions are made in the realm of assisted reproductive technologies, they are much more rational and intentional – and sometimes agonizing. Choosing a donor is a task that cannot be taken easily. The commercialization of sperm and eggs tells us that. For example, Ivy League donors are paid better, even if everyone is aware this money is only buying a chance of the progeny being similar to the donor. Another set of issues comes from the fact that these patients are disproportionally wealthy, white, and older, while donors and surrogates are all the contrary.

Various prenatal tests offer more certainty about the forming individual in vitro or in the uterus, but are, despite similar results, a target of vastly different levels of controversy. PGD and chromosome blood testing are such an example: they often reveal the same information on aneuploidies and sex of the embryo, but PGD gets more controversy while chromosome blood tests receive little reflection on their ramifications (see Kaposy).[vii] From the ethical perspective, prenatal blood tests often result in heavier consequences for the patients. Chromosome blood testing takes place at the end of the first trimester of pregnancy and prospective parents, who opt to terminate a previously wanted pregnancy, must undergo an abortion. PGD, on the other hand, takes place days before the embryo is ready to implant in the womb, at the point when the woman is not actually pregnant yet.

By virtue of PGD, a three-day-old embryo can have its identity revealed, in some aspects, more clearly than that of a child or even adult whose genetic predispositions show up only through the course of life or, perhaps, never at all. Such embryos can be identified as female or male, abled or disabled, blue, brown, or green-eyed, right and wrong. New tests open new ethical questions. We will soon be able to point out other relevant and irrelevant genetic factors as well, for example, later-onset diseases, such as BRCA1 and 2 mutations which greatly increase the risk of developing certain types of cancer later in life.[viii]

What Does Literature Say About Prenatal Tests?

A technology similar to PGD was depicted in Aldous Huxley’s Brave New World (1932), a satirical novel that never really went out of style. In the Hatchery, a factory in which all human beings are created via technology similar to a combination of IVF and artificial wombs, each embryonic and fetal information chart is labeled with information of “[h]eredity, date of fertilization, membership of Bokanovsky Group [a caste].” The narrator makes an argument that the knowledge of fetal characteristics makes the prospective human “[n]o longer anonymous, but named, identified”.[ix] Information about their identity alleviates the human, individual, and personal statuses of these embryos and fetuses: it might be a fetus, but we also know that she is a female with perfect pitch who will experience an early onset of Alzheimer’s disease. We thus estimate and evaluate the individual’s identity and future on the basis of their genes. Like Huxley, I argue that there is a profound difference in our relationship to an embryo or a fetus that is a blank slate vs. an embryo with identity markers of medical prognostics.

“Even queer theorists are sobered to learn the sex of an embryo,” writes Andrea Long Chu, queer theorist and transwoman.[x] Another issue with sex selection is that embryos of transgender people can, so far, render only their sex but not gender; it is not difficult to imagine consequences if studies examining transgender genetics prove fruitful for prenatal testing. No information is simple and straightforward in prenatal life, not even the sex, as widely attested by sexual discrimination against female fetuses in many cultures. IVF allows, by the mere protocol of the technology, for a manipulation of the birth and sex orders of potential siblings. While this choice may simply be a collateral luxury secondary to treatment (such as the physical features Maria and Antonio chose via PGD) and possibly the last thing on the mind of patients suffering the pain of infertility, this is not the case for everyone. Those willing to undergo IVF with PGD, and can afford it, are able to choose from a growing repertoire of features. Where to draw the line, then? “Diseases, yes,” says Maria, unaware of the many repercussions of her simple answer.

Authors of genetic utopias imagine a world without any pathology or diversity. Maria and Antonio’s first child exhibits extreme will and ability by (illegally) penetrating into the group of genetically modified people. On the contrary, some genetically superior people in Gattaca as well as Brave New World fail at genetically conditioned prospering or have unexpected health issues. The only guarantee these two dystopias offer is that the world will get grimmer and more stratified, more scientific and superficial – overall, less of what makes us human. The suffering and harm are still there, in a different form. Humans are there in a different form.

Principles of beneficence and non-maleficence serve a noble goal, but not all suffering and harm is to be alleviated at the stage of prenatal life. There are better ways of dealing with deafness and some types of heart defects after, rather than before, birth and as technology progresses, there will always be newer and better solutions at all stages. In vitro gene editing is developing faster than predicted, eliminating undesirable conditions from an already-identified embryonic or fetal individual. IVF thus serves at least two roles: treatment of prospective parents’ infertility (as restitution ad integrum) and selection (and potential treatment) of prospective children’s genetics (as transformation ad optimum, an access point of the man-led evolution).

The quest for perfection is in human nature. All the same, the very essence of human nature is diversity and pathology (diseases, yes). Pathology, per George Canguilhem,[xi] is not a deviance of the norm, but rather a different kind of norm. In Octavia Butler’s Lilith’s Brood: The Xenogenesis Trilogy (1987-89),[xii] every genetic anomaly is treated. Yet, humanity is doomed due to a Human Contradiction—a lethal combination of “intelligence at the service of hierarchical behavior” that is essential for our species.[xiii]

In the buzzing biotechnological (r)evolution we are undergoing, we should turn to fictional and (auto)biographical narratives before we make any decisions on behalf of other human beings, nascent or not.