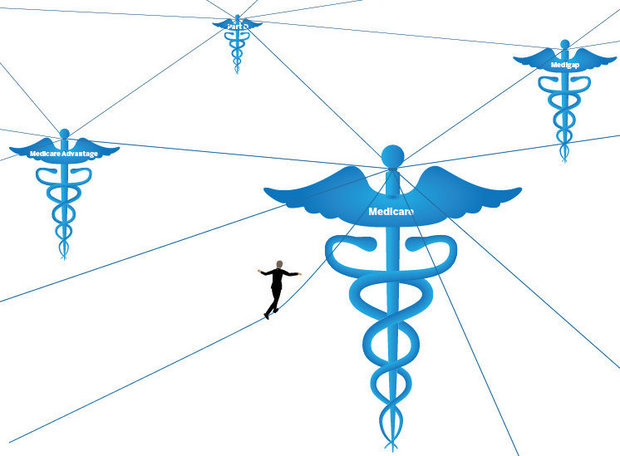 Good afternoon,” I chimed to the young girl at the reception desk. “I am here to see the

She routinely asked, “Has anything changed since your last appointment?”

Accustomed to saying no I paused then recalled, “Yes, my insurance has changed.”

She inquired, “What is it now?”

“Medicare and Medicare Supplement,” I responded.

She got up from her seat and turned her back to me. “Oh, the doctor doesn’t take Medicare. It’s so much paperwork and she’s cutting down on her patients. Do you still want to stay for your appointment? Depending upon how long she sees you it will cost you about $150 for ten minutes.”

I shrunk in stature from my newfound vulnerability, not at the cost but at what seemed like a dare. I tried not to be overly sensitive to these explanations and her proffer -- and perhaps, also, the awkwardness of the encounter. I retreated from the counter, head down, eyes averted inward as I asked myself how much the results of the test meant to me over walking out, ashamed somehow that I no longer belonged here after a twenty-five year relationship with the doctor. Intellectually, I could understand the doctor’s position as I ran off a litany of rationales.

“The paperwork of bureaucracy demands a lot of time.”

“The doctor has a choice in which insurance she wants to accept.”

“My husband would not be back for a half hour to pick me up but I could wait outside.”

“What was more important to me- my health or my self-righteousness?”

“Was my autonomy relegated to leaving or paying without insurance assistance?

Those answers rang hollow in my fragile bones. I told the girl I would stay.

Slowly I took a seat in the large empty waiting room, my eyes gazing upward somewhere between supplication and incomprehension. The bright wooden beams and soft blush colored walls of the Southwestern style office that normally beckoned light and warmth now seemed sterile and devoid of any promise.

Shock, then low-level anger, paralyzed me. My mind froze. The phone rang and a similar conversation ensued between the receptionist and the other party. The dialogue was short, less apologetic, perhaps absorbed by the barrier of the phone. “The doctor does not take Medicare,” echoed back at me and dug deeper into my mood. I questioned further, “Why couldn’t the policy be listed in an office brochure or handled in advance through a phone call to improve communication, avoid embarrassment, and prevent hurt?”

I was quickly ushered into an exam room to have my vital signs taken by a young girl who mumbled her name as she took my blood pressure. My normally friendly demeanor withheld further conversation. At this point I was thinking how inept the staff was at facilitating patient comfort, rapport, and caring attitude. My normally low blood pressure rose to reflect the tumultuousness I felt inside. Quietly, I followed her to the exam room to get the results of a recent bone density test I had requested earlier than usual because of four years of intermittently being on steroids for surgeries. With high risk factors such as being a thin, postmenopausal woman of Caucasian descent with osteopenia and a family history of osteoporosis, those results mattered to me.

The doctor walked in and after a brief greeting turned to my paperwork. She reported that my bone mass had slightly declined and she wanted to keep me from developing osteoporosis in the next five years. She outlined the next step to rule out any metabolic disorders that might affect calcium levels. As usual, I agreed and appreciated her expertise and the healing relationship that we had engaged in over the last two decades. Abruptly, she turned and left and a girl came into the room and said I could leave.

As I left the exam room I went to the front desk to pay for my visit, the prophesied $150.00.  My husband was waiting at the counter. Still off center, I nervously fumbled to find my credit card as I told him the office did not take Medicare or the Medicare Supplement. He too was taken aback then replied – as if to make a point in front of the receptionist that the doctor might have forfeited a patient -- “Well you’ll have to find somewhere else to go,” he retorted. Of course, I knew, and he quickly told me in the car, that I could keep going to that doctor if I liked her. Still, now my trust was more fractured than my delicate bones.

Still shaken and debating my next course of action, I asked for a referral in case I decided not to return to the office. The receptionist chirpily responded that there were no other obstetrician-gynecologists in our small town that took Medicare, but I could go to the only hospital in town because “They have to take everyone.” I was in disbelief at how a quickly a beautiful summer day and my normally optimistic mood darkened as I was relegated to being the “other.” I carefully pondered, then chose to emote, “I just have to say, I feel abandoned.”

Despite my ability to pay for yearly visits with the doctor, I felt I had been marginalized. Feelings of despair enveloped me. I felt bewildered and betrayed. I was now on the other side of the healthcare spectrum. I got into the car, despondency overshadowing me with this new experience of what felt like rejection.

Then, with characteristic resiliency my thoughts went to the undocumented persons in my city who suffer from chronic illness, injury, age and lack of timely or preventive care. I asked myself: what about the millions who have no health insurance at all or who, like undocumented workers, only have emergency access to healthcare? What about the unsuspecting women who had been the doctor’s patients and whose age bracket had now changed? Did they have to start over again with finding a new doctor and endure lack of continuity of care? I was like so many others who would be told the same thing from other medical doctors. I was a citizen in a world I did not personally know but had only read about. What was different about me now that was not true six months ago when I was 64? I was now reframed but not the same.

I knew that access to healthcare is a central ethical issue in the United States. Racial, ethnic, age, gender, socioeconomic and political disparities exist in healthcare exist and I want to help correct them in some small way. The following week when I returned to teaching my elementary medical ethics class to acupuncturists, I relayed this story as a hypothetical case. My students shook their heads incredulously and proffered reasons as to how this scenario could be averted.  As always, I encouraged a reaction that blended the rational and the emotional as a lever to move their thoughts about ethical behavior to a new place of action and common ground.

They understood the doctor’s prerogative about Medicare. Yet they felt the failure to communicate in an appropriate manner did not promote beneficence, autonomy, or social justice; in fact, harm had been done. The gold standard of medical ethics— a caring response— had been tarnished.  When I then told them the person was me they looked at their teacher with eyes rounded in empathy. They beseeched me to tell the doctor this story the next time I was to see her. Yet for me it was more important was that they knew what type of practitioner they wanted to be, their model not limited to policy but founded upon our communal nature and a communitarian ethic of compassion.

I left that last class of the semester with a smile that grew from within. They had listened and responded to their lessons.