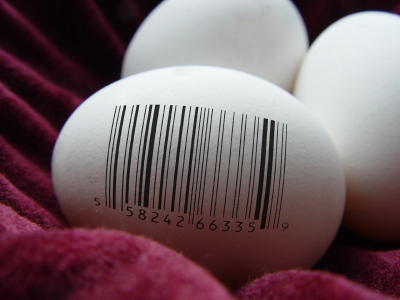 This is my first piece in a series I’m thinking about calling “Politicize my bioethics,” a series that works to give us examples upon which it is absolutely crucial to bring in politics (or really just notice because they are already there), particularly when we are thinking critically about a bioethical issue. In a perfect world, we would be able to have every single identity represented at the table when we are thinking critically about the intersection of medicine, technology, and ethics, but since that is not the case, we must then acknowledge and be aware of the identities each of us is bringing to the table as we work to be future leaders in bioethics." - Celina Malavé

Egg donation is a recent development in the field of reproductive medicine in which healthy women voluntarily provide around 10-20 mature eggs, or oocytes, for research or assisted reproduction, in exchange for compensation. Prior to donating, donors undergo blood tests—which check hormone levels, blood type, and other markers—a pelvic exam, medical exam, and other evaluations to ensure mental preparedness for donation.[i]  Legal consent forms must also be signed and agreed upon by all parties involved.

To begin the donation process, the donor takes birth control to regulate her menstrual cycle. She is then given a series of powerful hormones injections for weeks prior to donation. A first round of hormones halts ovarian function while a second causes the woman to over-ovulate in order to produce multiple eggs. A final round of injections causes her to release the mature eggs before a minor, yet invasive surgery, is performed to collect the oocytes.  The eggs are either used for research or are fertilized and inserted in-vitro into an IVF recipient.  Aside from ovarian hyperstimulation syndrome (OHSS), a side effect in which too many hormones are injected causing ovaries to become swollen and painful, not much is known about the long-term effects of egg donation.

Due to a lack of regulation, breakthroughs in technology, and no shortage of desperate parents, the reproductive technology industry has managed to overly compensate women for their egg donation services. Women receive compensation ranging from $5,000 to $100,000 per egg donation.[ii]  Because of the high prices future parents are willing to pay, the ethics behind informed consent are violated, many potential parents are disadvantaged, and the health of young women is put at unknown risks. Given these serious issues with the current system, reproductive policies should ban compensation for IVF egg donations.

An informed consent form is given to a patient after she is made aware of all the risks and implications involved in a procedure and is allowed to make a voluntary decision without clouded judgment. Bioethicist Josephine Johnston raises concerns regarding informed consent for egg donations, asking, “how much is that [young student in need of money] actually giving informed consent about the medical procedure and really listening and thinking as it’s being described and its risks are explained?”[iii]  Because of poor tracking of egg donors’ post-donation health and a lack of research regarding long-term effects, little is known about future health complications related to egg donations. Women who are in college are the most targeted and, often times, the most in need of compensation. Thus, informed consent becomes jeopardized when a college student has other pressing financial demands – student loans to pay off – and agrees to give away her eggs in exchange for cash. In other words, high compensation can drive women to overlook potential risks. Informed consent is, therefore, illegitimate when little is known about the future health implications of egg donation and donors are paid for their eggs.

The reproductive industry is a free market. Those who can afford IVF undergo the procedure; meanwhile, the high demand for eggs continues to drive-up their market value. Egg donation was originally needed for research but has expanded to assisted reproduction.[iv] However, the high prices placed on eggs, make IVF inaccessible to a large group of potential parents. Unlike organ donations where there is a waiting list and no discrimination based on economic status of recipients, the compensation given to egg donors makes IVF available only to couples that can afford it. If the goal of IVF is to enable otherwise infertile couples to have children, then economic status should not determine access to the procedure.

This lucrative field is regulated far less than other donation industries, even though the procedures involved in egg donation are similar to those for organ donations. There are precautions in place to ensure that organ donors -- in particular, kidney donors -- are fully informed when making decisions. Many donors consult their families before performing any procedures, while protocols ensure that no conflicts of interest exist and that patients voluntarily make their own decisions.[v] Even though many of the same concerns apply to both organ and egg donations, most of the policies in place for egg donations concern the safety of the recipient, rather than the donor.

However, many conflicts of interest exist in egg donation because it is a lucrative and money-driven industry. Additionally, many egg donors do not consult their families before making decisions, while compensation challenges the voluntary nature of egg donation. The American Society for Reproductive Medicine, an organization that sets guidelines for IVF, acknowledges the potential coercive effect on women and recommends that women do not undergo the procedure more than six times. However, these rules are difficult to enforce.

It is unacceptable that this industry can continue to grow without greater regulation in place to ensure the safety of all parties involved. Until more research is done into the long-term effects of egg donation and laws are put in place to ensure the voluntary consent of donors, compensation for egg donations should be banned by law. The health and safety of women is more important than meeting the high demands of the reproductive industry.

[v] Petty, Elaine. "Women for Sale/Eggs Needed: Is the Market for Egg Donation Developing Without Oversight that Protects Organ Donors."<http://pqdtopen.proquest.com/pqdtopen/doc/304648302.html?FMT=AI>.