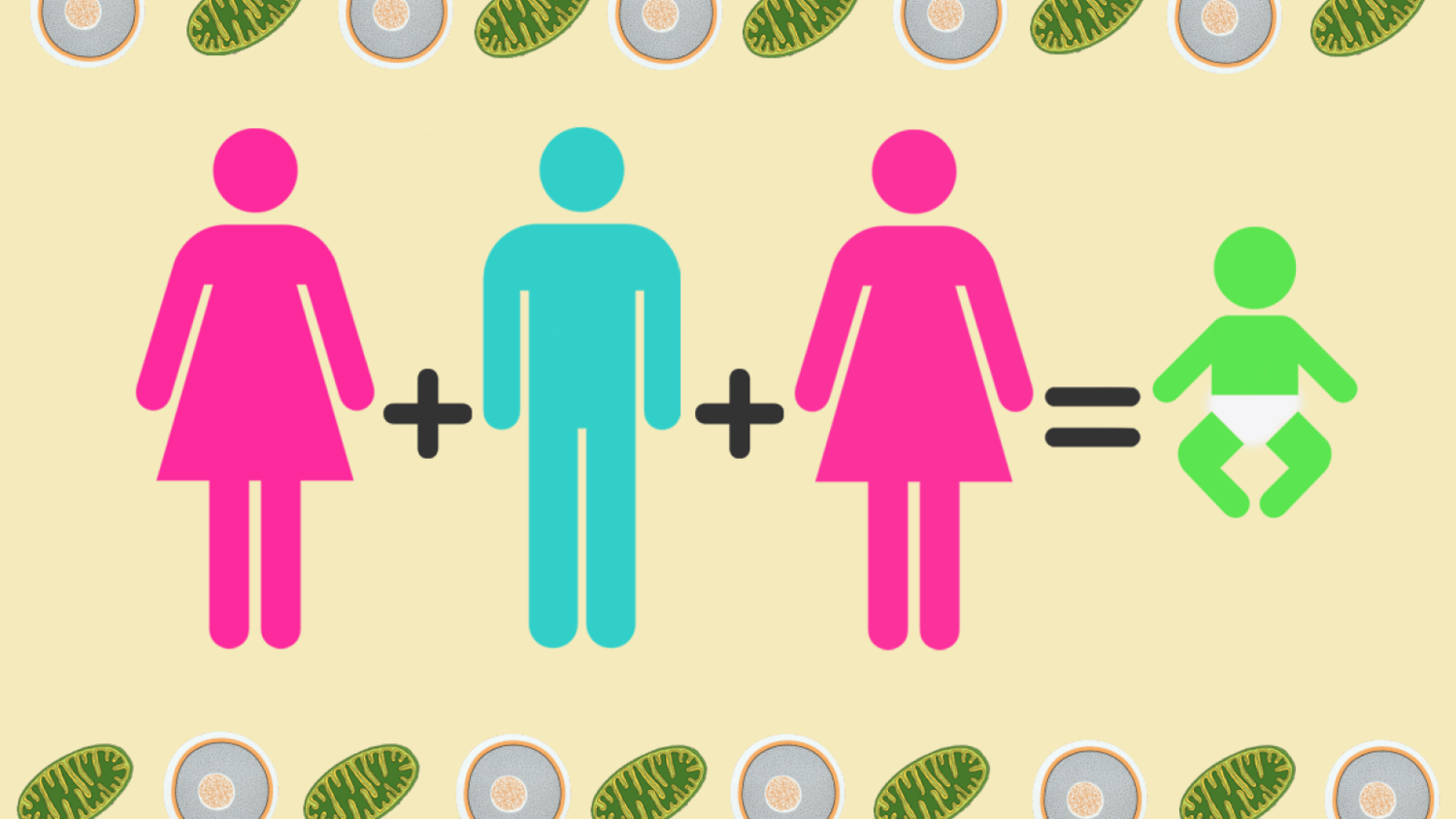 On September 27, 2016 people across the world looked down at their buzzing phones to see the AP Alert: “Baby born with DNA from 3 people, first from new technique.” It was an announcement met with confusion by many, but one that polarized the scientific community almost instantly. Some celebrated the birth as an advancement that could help women with a family history of mitochondrial diseases prevent the transmission of the disease to future generations; others held it unethical, citing medical tourism and consequences for the future of the therapy.

The child in question was actually born a few months earlier on April 6, 2016, but the research was published a few months later in the October edition of Fertility and Sterility. The mother carries DNA that could have given the baby Leigh Syndrome, a severe neurological disorder characterized by psychomotor regression that typically results in death between ages two and three.[1] Also known as subacute necrotizing encephalomyelopathy, Leigh Syndrome is caused by genetic mutations in mitochondrial DNA, which causes defective oxidative phosphorylation. Because people with this condition cannot re-form ATP, “demyleniation, gliosis, necrosis, spongiosis, or capillary proliferation”[2] can occur, thereby producing bilateral lesions across the central nervous system.

The 36-year-old mother previously had four miscarriages and successfully birthed two children, both of whom survived less than six years due to the syndrome. For religious reasons, the mother opted for Spindle Nuclear Transfer instead of Pronuclear Transfer,[3] which many religious organizations oppose because it entails the destruction of fertilized eggs.[4]

This Spindle Nuclear Transfer was performed in Mexico by a team of doctors led by Dr. John Zhang, the founder of the New Hope Fertility Center in New York City. In their report, the doctors outline that five oocytes were successfully reconstituted, four of which developed into blastocysts. Only one was euploid: containing 46 XY chromosomes. Researchers then biopsied that blastocyst and found that the transmission rate of maternal mtDNA was, “5.10 ± 1.11% and the heteroplasmy level for 8993T>G was 5.73%.”[5] This indicates that at the blastocyst stage, around five percent of the mitochondria are from the original maternal egg with the mutation for Leigh Syndrome. After birth, they biopsied different tissues (to account for replicative segregation) and found that they had an average of less than 1.60 ± 0.92% of transmitted mtDNA from the original maternal egg. The baby is reportedly doing well and the team of doctors concluded that “[h]uman oocytes reconstituted by SNT are capable of producing a healthy live birth. SNT may provide a novel treatment option in minimizing pathogenic mtDNA transmission from mothers to their babies."[6]

Even when considered theoretically, Spindle Nuclear Transfer is controversial. Many doctors believe that the risks at this stage of research are too great. Dr. Trevor Stammers, a bioethicist at St. Mary’s University in London, points out: “We do not yet have a clear picture of the interaction between nuclear DNA and mitochondria.”[7] Others hold that faulty mitochondrial DNA can still be transferred during the procedure. Still more argue this technology could create problems because of germline modification.[8] Dr. Paul Knoepfler, a cell biologist at the UC Davis School of Medicine, explains: “Since this is uncharted territory and the children born from this technology would have heritable genetic changes, there are also significant unknown risks to future generations.”[9]

In this case specifically, however, there are more issues at hand. While the team of doctors did eliminate the possibility of germline modification by selecting a male embryo, there are other ethical concerns. Some argue that this case could be described as “medical tourism.”

While New Hope Medical Clinic does maintain a branch in Mexico, Dr. Zhang stated that Mexico has “no rules.”[12] It is a country with underdeveloped regulations, making it difficult to confirm that doctors adhere to widely-held medical and ethical standards. Furthermore, while it is highly unlikely that the child will develop Leigh’s Syndrome, Dr. Dietrich Egli of the New York Stem Cell Foundation says the 5% mitochondrial transfer rate indicates that the technique “was not carried out well.”[13] He points to studies of embryos where the rate of mtDNA transfer was almost ten times lower.

Spindle Nuclear Transfer is currently legal in the UK,[14] and many are hoping to see it legalized in the US, although Congress currently prohibits the FDA from considering applications that would entail trials in people.[15] While Dr. Zhang’s work is arguably revolutionary, many wonder if the manner in which this study was performed—in Mexico and with a high mitochondrial transfer rate—will impact the technology’s future in the US.

Last week, Dr. Zhang presented the report to scientists gathered in Salt Lake City, saying that while science isn’t a race, it is “in a sense, a race for the family to find a cure, to find hope.”[16] Only time will tell if this study set back other families racing and hoping for a cure.