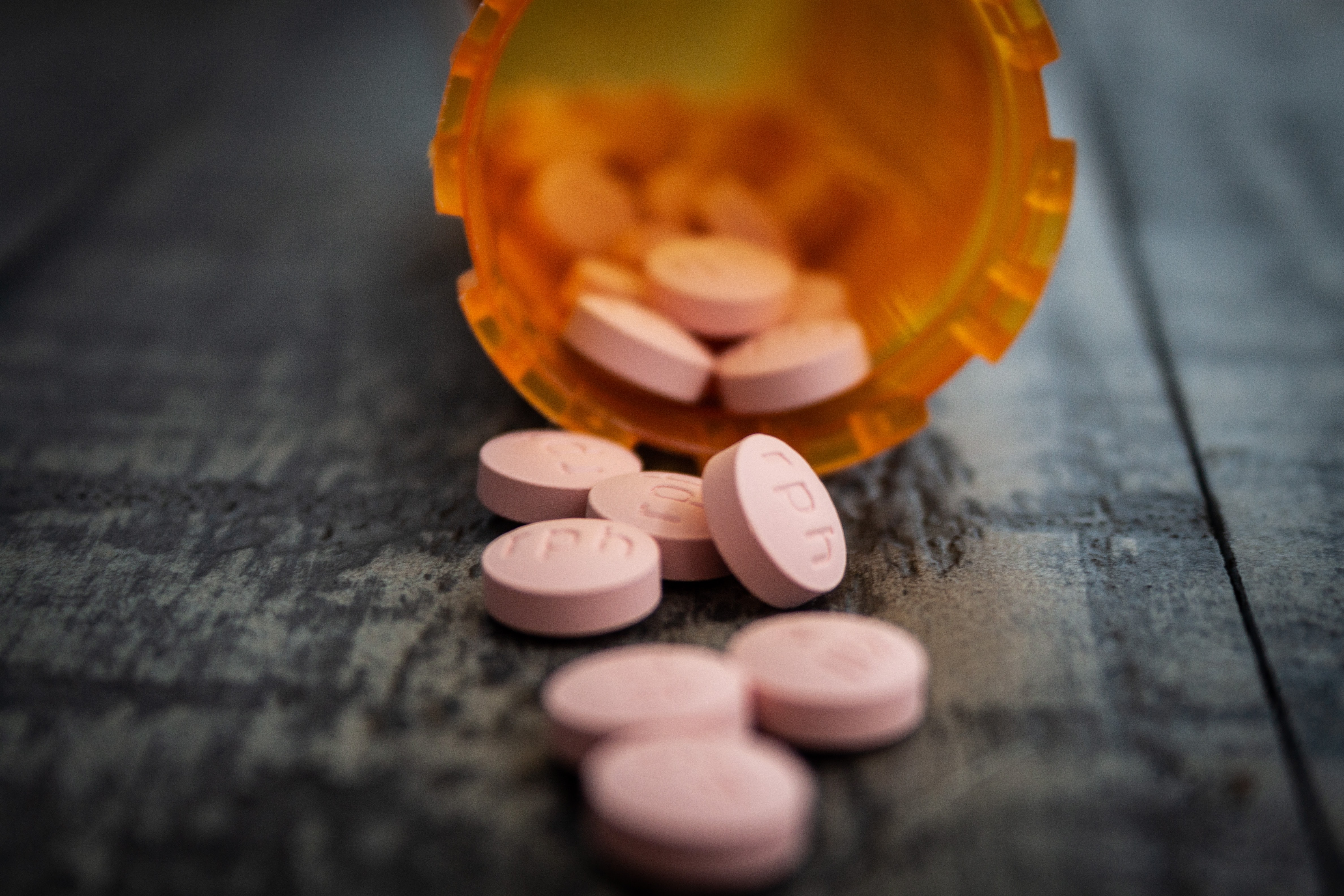 Rising health-care costs continue to crush consumer confidence in the American healthcare system. The prices of drugs and medical technology largely contribute to these increased overall costs. While the President has tweeted on the issue, claiming Big Pharma is “getting away with murder” with respect to their drug prices, only lackluster attempts to curb the problem of rising costs have been made [1]. However, new requirements on price transparency have been gaining traction. California Governor Brown signed SB 17 into law in October 2017.

The law has three primary requirements. The first requirement impacts health insurers. All plans must justify premium hikes by listing any increases in the price of prescription drugs and medical technology. The second requirement mandates that manufacturers report to the government any drug that has increased in price over 16% within a three-year span. The final and most controversial of the requirements requires that a 60-day notice must be given by the firm in advance of a pricing hike if the second requirement is met. The goal is to alert insurance plans, consumers, and other pharmaceutical firms to the decisions by pharmaceutical firms who raise the market price of a given drug.

Supporters of the bill believe it will achieve a net benefit to consumers by making drugs accessible while keeping the market as transparent as possible. A state senator from California and the original author of the bill, Ed Hernandez, even boasted the legislation would be “a monumental achievement for the entire nation […] I believe health care is a human right, and that’s why I have dedicated my life to policies that make it more accessible and affordable for all Californians. We must continue the fight against skyrocketing drug prices” [2]. Supporters often argue that drug companies attempt to hide price gouging practices by helping consumers with their co-payments or providing discounts to the uninsured while the aggregate costs rise. This legislation will address those claims by requiring the manufacturer to defend price increases by publicly stating their reasoning for price increases that meet the requirements of SB 17.

Opponents to the bill counter that demands for transparency are, for the most part, a useless exercise in bullying Big Pharma. As Priscilla VanderVeer, Deputy Vice President of Public Affairs at PhRMA, stated in an interview with DrugTopics, “There is no evidence that SB 17 will lower drug costs for patients because it does not shed light on the large rebates and discounts insurance companies and pharmacy benefit managers are receiving” [3]. This legislation will only apply to changes in the listing price of drugs. The listing price is what wholesale buyers of drugs are paying, which often does not include the discounts and rebates that they may be given by the manufacturer to sweeten the deal. Those working in large scale distribution can now more easily anticipate price rises and purchase more stock of drugs that are already in high demand. Transparency allows wholesalers to more easily pass these hikes in cost down to the consumer as discounts are not required to be reported.

A more sinister consequence of the law is the increased likelihood of price fixing among firms. SB 17 facilitates a strategic opening for firms to collaborate on price hikes. In such an open market where changes in price are announced two-months in advance under certain criteria, industry coordination is a serious threat to the integrity of the market. While these practices clearly violate the anti-trust laws of the United States, leaders in the industry will most certainly be looking at alterations in price strategy that the competition is taking. Firms need not even directly communicate with each other to consider their next move, making price fixing a threat to what is an already broken pricing system. With no evidence of direct discussions of price-fixing, it would be extremely difficult to prosecute unethical behavior in an industry which often appears to have free reign on pricing.

Instead of focusing on band-aid solutions to this price problem, focusing on the root causes of price hikes may yield better results for consumers nationwide. The key to price reduction may lie in the patent laws which dictate a firm’s pricing strategy after receiving FDA approval. When a firm comes out with a new patented device or drug, that firm must set a price that incorporates several overhead variables such as research, approval, and marketing costs. It may, therefore, be necessary to take a hard look at how our intellectual property laws contribute to rising costs in healthcare.

The pharmaceutical industry develops new drugs and medical devices as a solution for a variety of illness and conditions. These goods are either considered “brand name” or “generic.” Brand name drugs are discovered and developed by an innovator company, or the original company that created the drug’s molecular structure and paid the costs of research and development. Under the current laws administered by the U.S. Patent and Trademark Office, an innovator company has a monopoly hold on the good for 20 years via a patent, but that term is measured from the filing date of the patent application [4]. This 20-year period includes the often-rigorous approval of the Food and Drug Administration (FDA) which can take close to a decade. Consequently, this lengthy process can leave the innovator company with a limited window to manufacture, market, and sell the drug or medical device absent of competition. After this patent life expires, generic equivalents can be produced and sold by other companies such as the generic drugs that combat erectile dysfunction or hair loss [5]. Generic medication is a bioequivalent to the original brand name but is often cheaper and more accessible for consumers to obtain. Before a company can sell a generic, they must file an “Abbreviated New Drug Application” (ANDA) with the FDA and a similar process of approval takes place. The innovator company will no longer hold a monopoly on the drug they originally produced, allowing other companies to obtain a market share of the good when the patent period expires. Due to prior work by the innovator company in the development of a drug, companies producing generics need not spend much money on developing and introducing bioequivalent drugs into the market. The cost of manufacturing is the only significant expense that these firms incur. The profitability of these generics, therefore, is much less because the price point must be set lower due to competitive constraints imposed by the newly open market.

The dysfunction in drug pricing arises out of this patent system that keeps drugs from entering the generic market for 20 years. The company will set the price of a drug or device at a level that maximizes profits to not only cover costs of failed drugs, but also to provide financial rewards for their employees, obtain capital for future investments, and please stockholders. As Johnson and Johnson’s credo states: “We believe our first responsibility is to the doctors, nurses and patients, to mothers and fathers and all others who use our products and services […] We are responsible to the communities in which we live and work and to the world community as well [. . .] Our final responsibility is to our stockholders. Businesses must make a sound profit” [6]. The average cost to win marketing approval from the federal government for a new drug is close to $2.9 billion [7]. Rising drug costs have been driven mainly by the increases in capital necessary to discover new drugs for chronic and degenerative diseases as well as increase clinical trial complexity. As a reaction to this expensive process, innovator companies decide to develop new drugs primarily based on the ability to recoup their investments and make a profit, not on what may help combat persistent chronic and degenerative diseases.

The current model of intellectual property law encourages profit-driven behaviors. Adjusting U.S. patent law for pharmaceutical goods is a much more effective solution to incentivize innovation and to encourage ethical behavior than demanding transparency for price hikes. Instead of allowing 20 years of patent life on a new drug or device from the point of filing, allow a pharmaceutical company to retain privilege or confidentiality of a drug’s molecular structure until after the FDA gives its approval for consumption. This amended process can be broken into four steps. First, a new drug or device is discovered by an innovator company to have potential value and efficacy. Second, the company interacts with the FDA and the public is notified that they are reviewing the drug or device for a use without disclosure of details that would jeopardize privacy. The molecular structure or “blueprints” for the drug or device must be kept private until the approval process is completed. Third, the FDA checks the research data and approves of marketing the drug to specific patient populations, the patent will be issued and the countdown on patent life begins. Fourth, the company then has 20 years to manufacture and sell the drug to approved populations only. Firms will then have an appropriate window of time to be able to market and sell the drug at more appropriate prices. As their marketing window has expanded, prices reduce, and their base of consumers expands.

With respect to the goals these lawmakers in California aspire to meet, SB 17 will not help the consumer’s wallet. It may, in-fact, make them more vulnerable to the profit-driven behavior of the industry. States should take note of the shortcomings of SB 17 before adopting so hastily a bill that may encourage unsavory consequences for the American consumer. Representatives should seek to adopt policies that focus on fixing systematic problems that influence drug prices.

Photo by James Yarema on Unsplash