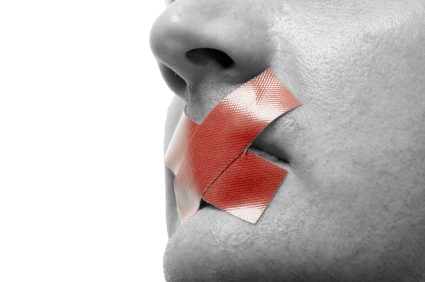 On January 23, 2017, President Trump signed a Presidential Memorandum reinstating the so-called Mexico City Policy. The Memorandum conditions U.S. global health and family planning assistance to a strict rule that precludes foreign non-governmental organizations (also known as “NGOs”) from promoting or performing abortion as a method of family planning. Also known as the “global gag rule,” this policy represents a blow specifically to women’s health worldwide. Thanks to this new action, it will become harder, like in past years when it was in effect, to have resources to support family planning and reproductive health services, such as “family counseling, contraceptive commodities, condoms, and reproductive cancer screenings.” Even though the U.S. government won’t retract from the Memoranda until this Administration ceases, global efforts should be made to ameliorate the negative effects the new policy will cause.

The Mexico City Policy was first enacted by President Reagan in 1984 – and at the time, it represented an expansion of existing legislative restrictions of the use of U.S. funds for abortions internationally. It was then rescinded by President Clinton in 1991; reinstated by President Bush in 2001; rescinded by President Obama in 2009; and reinstated and expanded by President Trump in 2017. The policy requires foreign NGOs “to certify that they will not perform or actively promote abortion as a method of family planning, using funds from any source (including non-U.S. funds), as a condition for receiving U.S. government global family planning assistance and any other U.S. global health assistance.” The reason given to enact such policy was that the U.S. did not consider abortion as an acceptable element of family planning; thus, it was no longer going to contribute to it – no other evidence nor reason were presented. The problem with this line of thinking was that it did not conform to declared national interests, U.S. foreign policy, foreign aid policy, nor foreign assistance programs. Furthermore, the policy directly contravened (and continues to) the role and scope of the U.S. support for global health.

In addition, the morally relevant issue at stake is the undermining of women’s rights and their health. When the Mexico City Policy is in place, it has been found that in sub-Saharan African countries, the rate of abortion rates increases; precisely because foreign NGOs that depend on U.S. funding, but declined it because of the policy, do not have the additional resources to provide family planning services such as contraception. Also, they lack general essential services, that empower women and their families and produce better health outcomes, because they do not have the money – provided by U.S. aid – to provide such services. Moreover, the Mexico City Policy erodes the fine work made by gender equality movements and contravenes treaties ratified by the United States –such as the United Nations Charter, the Universal Declaration of Human Rights, and the International Covenant on Civil and Political Rights– because it takes away from women their right to choose, eliminates access to health care, and it directly impairs general well-being for all. Finally, the new policy frustrates free speech and thwarts U.S. efforts to bring about democracy for developing countries; specifically, because the global gag rule takes money away from NGOs that are mostly the contributors and the only viable openers of power restructuring and democratic participation in those countries.

It can be argued in turn that the U.S. has the power to tie certain restrictions to the money it provides. But what this line of thought misses is that any good and workable framework to address issues of global health should undertake the essential health benefits to create a positive impact on well-being – because the underlying causes of poor health are directly dealt with. In that sense, abortion restrictions cannot be rationally achieved by restricting access to essential health benefits through money restrictions – for the effect on health care and well-being in general is disastrous for all, specially women in developing countries.

The current Administration won’t rescind of the Mexico City Policy any time soon. It is, therefore, the duty of other developed countries to help and provide the assistance that now lacks to women and their families in developing countries. Some have taken the lead, namely The Netherlands, creating international abortion funds that ameliorate the vacuum created by the new policy/ Nonetheless more is needed, for the health of women and their families in developing countries is a morally relevant issue for all human beings and not just one country – it is part of our moral duty as people of this world. Their health is our health – and their well-being is our well-being.

7. Barack Obama Administration, Mexico City Policy and Assistance for Voluntary Population Planning, Memorandum for the Secretary of State, the Administrator of the United States Agency for International Development, January 23, 2009.

8. White House, The Mexico City Policy, Memorandum for the Secretary of State, the Secretary of Health and Human Services, the Administrator of the Agency for International Development, Jan. 23, 2017.