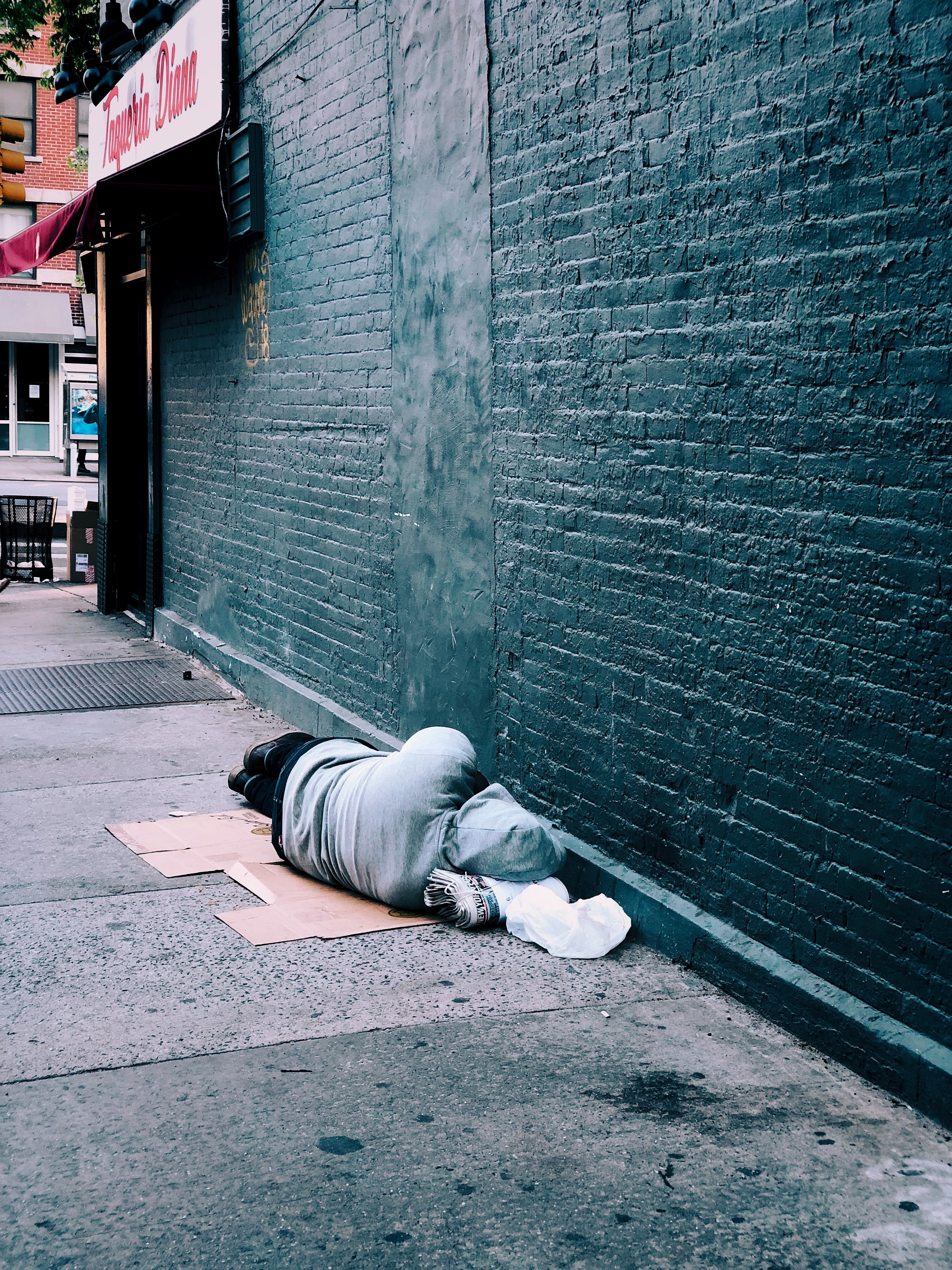 From taking the L to the G to the J, one of the most striking things about the vastly different people riding the New York City Subway with you is the astoundingly large population of youth who are performing on the train for money. It seems that the most vulnerable in society are often easily coerced into doing things they generally would not dare to do if they had more economic resources. For instance, the homeless population, especially youth, sometimes sell sex in exchange for basic necessities such as food, shelter, and clothing [1]. Even further, homeless youth taking part in research often trade information to researchers in exchange for money, which in turn, may be used to pay for food, shelter and clothing.

How can we ensure that this vulnerable population is free from coercion whilst taking part in research? Typically, research is conducted on homeless minors because they are a special population with unique health and social needs [1]. Research should continue to be conducted on homeless youth if they are above a threshold age, as determined by Institutional Review Boards (IRBs), and are able to freely consent to research without money being the primary incentive. Indeed, there needs to be a consensus with IRBs on strict guidelines for research incentives on homeless youth, or the research should not be conducted at all.  Consequently, there are two major ethical concerns that arise regarding research on homeless minors: first, their ability to consent to research, free from coercion; second, deciding on an appropriate compensation method for participating in the research [2].

Homeless youth make autonomous choices daily. They usually do not have a parental guardian to make these decisions for them. This raises the question of whether obtaining homeless youth’s consent is ethically justifiable, or if there should be more stringent guidelines. Since homeless youth are considered a vulnerable group because of their ability to be coerced, stringent research guidelines should act in a protective manner and include an age restriction. In Canada, for example, there is no specific age of consent for treatment as long as the individual is considered to possess capacity. Criteria for capacity includes the ability for a person to understand the information provided and appreciate foreseeable consequences of consenting to treatment [3]. There is a growing need for social and legal awareness of informed consent and the importance of autonomy in vulnerable populations. Obtaining consent from autonomous homeless youth should be taken on a case-by-case basis where researchers prioritize assessing the youth’s ability to comprehend the research goals.

According to IRB guidelines, children are unable to provide legal consent until they reach 18 years old. Adolescents between the age of 13-18 are able to participate in research with parental or guardian permission, or in complex cases, only sign an assent form [4]. Much of research conducted on homeless youth requires researchers to ask intimate and personal questions that have the ability to trigger past traumas and difficult emotional content [5]. Consequently, given that it should always be in a well-intentioned researcher’s best interests to avoid causing psychological harm to participants, homeless minors may not be able to fully consent to research if they lack the ability to assess the potential foreseeable risks from taking part in the research. There must be stricter guidelines in place for research that includes homeless youth.  As long as homeless youth have the capacity to consent, research within the IRB age threshold is acceptable. However, if they are unable to access future risks, then these youth must not be included in research. Researchers must fully access whether homeless youth have the capacity to understand the risks involved in research participation.

To establish research that is free from coercion, researchers must ask themselves: if there was no monetary incentive, would participants take part in this research for the good of promoting biomedical and social science research? Much of the time, regardless of the population, the answer to that question is no. Financial incentives are seen as a form of fairly reimbursing participants for their time and information. Incentives are now so deeply embedded in recruiting research participants that it is difficult, and arguably unnecessary, to separate the two. Young people themselves felt that $5- $10 for taking part in a study “could be coercive and harmful to some homeless youth” [1].

For homeless youth, research incentives are not solely a reimbursement for time, but should instead be considered as being used for daily living. There is also an issue of how much should be appropriately compensated. Studies have shown that the amount paid varies tremendously on the type of research and who conducts it [11].  One study, which documented research personnel’s experience of ethical issues surrounding homeless adolescents, found that those participating in mental health and substance use research were more likely to use gift cards as compensation, rather than those performing research on physical health [12]. There was also a notable correlation that most of this research occurred in Universities. Homeless youth may be more likely to take part in research with higher risks when offered greater financial incentives. Compared to filling out a few questionnaires, where only personal information may be at risk of being stolen, there are larger risks involved in research that requires a brain scan, which may expose participants to radiation or chemical exposure.  To account for these risks, participants may receive different amounts of money; for example, a National Institute of Health (NIH) study regarding PET Imaging of Dopamine, compensates participants up to $430 for their involvement in this study [12].

The National Commission for the Protection of Human Subjects of Biomedical and Behavioral Research (The National Commission) published the Belmont Report, a helpful tool  for considering research on vulnerable populations [6]. The report defines respect for persons in research as “honoring the choices of subjects capable of exercising autonomy and protecting subjects incapable of making their own decisions. Ethical human experimentation preserves respect for the subjects whose participation is essential to the humanitarian mission of biomedical and social science research” [7]. Additionally, the Belmont report contains an obligation “to protect those with diminished autonomy, including those in need of extensive protection” [8]. Homeless minors are in need of protection because they possess a diminished level of autonomy due to difficult living circumstances and other mitigating life experiences that may be traumatizing.

Researchers, as well as healthcare workers, are held to a standard of providing care that does not discriminate on the basis of an individual’s race, lifestyle, socioeconomic status or any other attribute. They must provide services in which participants receive fair and equitable treatment. Yet, how realistic is it for researchers to be treating homeless participants fairly when there is potential for an imbalance of power between this vulnerable population and researchers? Adolescents are typically swayed by monetary incentives in their decision-making process, more so than adults [9][10]. For adolescents living in poverty who scramble to make ends meet, they are vulnerable to coercion -- that is, to participate in research based solely on the draw of monetary incentives -- more so than the average research participant. Therefore, researchers must pay significant attention to underlying motives of why homeless youth are participating in their research.

A possible objection to the need for strict IRB guidelines for research on homeless youth may be that the information obtained from this unique population is significantly needed, since there are no alternative methods available. Under the umbrella of this objection, guidelines should be less stringent; otherwise, useful data may be limited and it may produce results which are inconclusive. This objection argues that this valuable insight can help shape policy and government decisions which may have a lasting positive impact on the population as a whole. However, this line of reasoning should not be given weight because, while it supports research conducted for the larger benefit of society, it does not consider the potential harm to participants. Throughout the 20th century, for instance, we have seen research conducted for the greater good of society while subsequently harming the participants. The Tuskegee Syphilis experiment and research performed by Nazis in Concentration Camps are two notable examples of research attempts gone bad. In the Tuskegee Syphilis experiment, marginalized African-Americans with syphilis were told they were receiving free treatment, but instead were receiving spinal taps, without any therapeutic benefits. Additionally, when penicillin was widely available and deemed as an effective treatment for syphilis, participants were still not informed of their treatment options [13]. The wide-range of unethical research performed in Nazi Concentration Camps specifically included experiments of forcibly drowning prisoners to determine how long humans could survive underwater; they also injected healthy prisoners with festering tissues from unhealthy inmates to observe the pathological effects [14]. Though these examples are vastly different, each was highly unethical. Both studies justified research without consideration of harm to individuals, but purely for the sake of a preconceived notion defining the greater good of society.

When researching with homeless youth, it is necessary to ensure these young people are not being systematically manipulated. Just as homeless minors sometimes engage in sex for survival, researchers must be wary of this group’s participation in research studies given their financial disposition. To ensure that researchers are held to this standard, objective guidelines need to be enforced by IRBs. These guidelines should include a minimum age threshold for homeless youth to meet, as well as restrictions around monetary incentives for different levels of participation. Most importantly, these guidelines will protect homeless youth from being coerced into participating in research to make money for their survival. In order to navigate around this issue of coercion, one solution would be to introduce more jobs for youth at homeless shelters. This will enable youth to make money, and avoid feeling the coercive pressure of having to sacrifice personal information for monetary compensation from research studies. Youth, regardless of homeless status, are significant to our society, but they must not be manipulated or coerced for someone else’s benefit.

Photo by Jon Tyson on Unsplash

[3] Leo, Raphael J. "Competency and the capacity to make treatment decisions: a primer for primary care physicians." Primary care companion to the Journal of clinical psychiatry 1, no. 5 (1999): 131.

[6] Department of Health, Education. "The Belmont Report. Ethical principles and guidelines for the protection of human subjects of research." The Journal of the American College of Dentists 81, no. 3 (2014): 4.

[10] Levine, Robert J. "Adolescents as research subjects without permission of their parents or guardians: Ethical considerations." Journal of adolescent health 17, no. 5 (1995): 287-297.