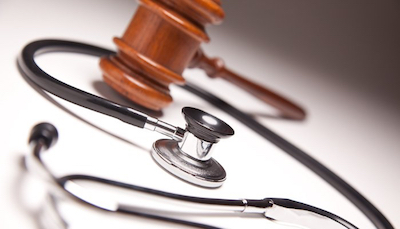 “If it is given me to save a life, all thanks. But it may also be within my power to take a life; this awesome responsibility must be faced with great humbleness and awareness of my own frailty. Above all, I must not play at God.”

“…thou shalt endeavour for the relief of patients with all thy heart and soul. Thou shalt not desert or injure thy patient for the sake of thy life or thy living....”

As the fathers of early and modern medicine respectively, Charaka and Hippocrates symbolize a shift in the history of global medicine from Asian, specifically South Asian, to western thought. As divergent as their methods in medicine may be, it is clear from the oaths delineated above that Charaka and Hippocrates both believe that being a doctor is an awesome responsibility and should be treated as such. Yet medical malpractice is a bioethical issue that is rampant worldwide; however, the manifestation and treatment of the issue varies from region to region. It can be assumed that these discrepancies arise from the differences in philosophies, spirituality and ethics that govern the east and west.

In his publication titled “An Introduction to Medical Malpractice in the United States,” Dr. Bal defines medical malpractice as “any act or omission by a physician during treatment of a patient that deviates from accepted norms of practice in the medical community and causes an injury to the patient” (2009, 340). Common medical malpractice claims in the United States include but are not limited to surgical errors, injury from anesthesia, injury during childbirth, failure to diagnose or misdiagnosis, and incorrect prescriptions (Vessels 2017). On the other hand, examples of medical malpractice in South Asia, more specifically India, include unjustifiable prescription of drugs, overtreatment, improper patient education and pandering to drug companies and diagnostic centers in exchange for extra commission (Chatterjee and Srinivasan 2013, 53).

Societies as early as Babylon have warned health care professionals of their responsibility to their craft and their patient. According to the Code of Hammurabi, the punishment for medical malpractice is dismemberment (Bal 2009, 339). While doctors today do not physically lose their arms for medical negligence, they often face lawsuits that metaphorically cost them an arm and a leg. This is especially true of doctors who practice in the west. In the United States, approximately 1 in every 14 doctors is confronted with a malpractice lawsuit every year (Corapi 2014). Medical malpractice lawsuits are not as common in India. In fact, in October of 2013 the Indian Supreme Court issued a landmark ruling where they found a hospital and five doctors guilty of medical negligence (Vaidyanathan 2013). The plaintiff, Dr. Kunal Saha, lost his 36-year-old wife in 1998 when a highly acclaimed doctor in Kolkata overprescribed a Depo Medrol, a long acting steroid (Vaidyanathan 2013). Dr. Saha fought this case for the better part of a decade and his win raised awareness of the medical corruption and negligence that is prevalent in South Asia. The case of Dr. Saha proves that medical malpractice is approached differently in the eastern and western worlds.

From a modern bioethical perspective, it seems criminal that the doctors in South Asia are not held accountable for their misdeeds; however, before one criticizes the morality of the Indian system it is important to note that modern bioethics is seen through a western lens not a global lens. This perspective does not pay homage to the philosophies, religions and cultures of the eastern world. For instance, there is little to no bioethical dialogue about Ayurveda and Homeopathy, both of which are ancient systems of medicine that is still used to this day (Chattopadhyay and De Vries 2008, 2). Indubitably, it is imperative that modern bioethics is amended to include the traditions and values of societies outside of the western world. This new global standard of bioethics can be utilized to better understand medical malpractice in South Asia.

Many South Asian religions such as Hinduism, Jainism, Buddhism, Sikhism and Islam are philosophical in nature. It is important to note that Buddhism, Jainism, and Sikhism are closely related to Hinduism and have many of the same philosophies. Hindu philosophy consists of six divisions or schools of thought, which are the Nyaya, the Vaiseshika, the Sankhya, the Yoga, the Mimamsa, and the Vedanta (Das 2017). These schools are further divided into three groups (Das 2017). The purpose of these six schools of thought is to eliminate ignorance through knowledge so that an individual can attain freedom and bliss (Das 2017). Hinduism places self-realization before all else (Das 2017). This internal journey utilizes education and allows an individual to achieve self-liberation so that they may be free from the constraints of self-importance and self worth. In other words, the ultimate goal is to be freed of oneself. On the other hand, western philosophy argues that self-dedication is foremost. An individual should use education to achieve success and happiness for themselves in order to achieve bliss (Kotelnikov and Bibikova). The eastern philosophy adopts a more systemic approach whereas western philosophy adopts a more individualistic approach (Kotelnikov and Bibikova).

South Asian and Western philosophy undoubtedly use education to achieve different means. Using this knowledge, it becomes clearer why doctors are viewed differently in the different regions of the world. In the Western world, doctors educate themselves so that they may create a better life for themselves. Additionally, patients utilize the knowledge possessed by the doctors so that they may progress in life as well. When a doctor makes a mistake, it is not in the best interest of the patient and is considered a misuse of knowledge and so it is deemed acceptable for the patient to demand some type of compensation, usually monetary. On the other hand, in South Asian society completing the education necessary for becoming a medical professional implies that an individual has forgone ignorance and self. These individuals have given themselves to a life of service.  Thus it seems wrong to question or accuse someone who in theory has pure intentions.

The nature of Western and South Asian spirituality is also quite different. Western religion tends to be a lot more resistant whereas South Asian religions tend to be a lot more integrative (Kotelnikov and Bibikova). Western religions involve conversion whereas most of the South Asian religions, with the exception of Islam, do not have a formal conversion ritual. In fact, Hinduism is often referred to as a way of life. Extrapolating from these practices, it makes sense that western societies often resort to coercion to get achieve what they want, whereas South Asian societies refrain from doing so.

Other dissimilarities in spirituality include the fact that Western religions view life as linear and South Asian religions view life as cyclic (Kotelnikov and Bibikova). Most western religions believe in the idea of heaven and hell, but one can also avoid going to hell through repentance. South Asian religions believe in the idea of rebirth and any misdeeds committed in this life will be factored when deciding one’s next incarnation. A spiritual doctor practicing in Western society might be afraid of ending up in purgatory, but in the event that they do commit a misdeed, they can confess and repent and avoid an unsavory fate. A doctor in South Asia does not feel the same sense of finality. They will be in a cycle of rebirth until they finally attain enlightenment.

The golden rule is the foremost rule in Western society: do onto others as you would have others do onto you. Once again there is this idea of individualism. People act in a certain way because they will eventually reap the benefits. In South Asian society individuals act in a way that fulfills their social responsibility (Kotelnikov and Bibikova). Everyone has a purpose within their family, their society, even within this universe. It is a culture of interdependence. Within South Asian society it is assumed that a doctor knows their responsibility and completes it to the best of their ability.

Without a doubt, Western and Eastern traditions in philosophy, spirituality, and ethics are very disparate from one another. Additionally, the treatment and response to bioethical issues, such as medical malpractice, varies from place to place. In South Asia, people respect and revere doctors, but doctors are not held accountable for their actions. As a result, doctors are able to abuse their privilege. In the Western world, doctors are not as respected and are always facing the threat of massive lawsuits. In order to address the flaws in both societies, a global code of bioethics must be created. This new code will integrate the traditions of the Eastern and Western world. If successful, the world of medicine would gain a global convention for morality that would make the profession honorable and rewarding for all, just as Hippocrates and Charaka hoped it would be.