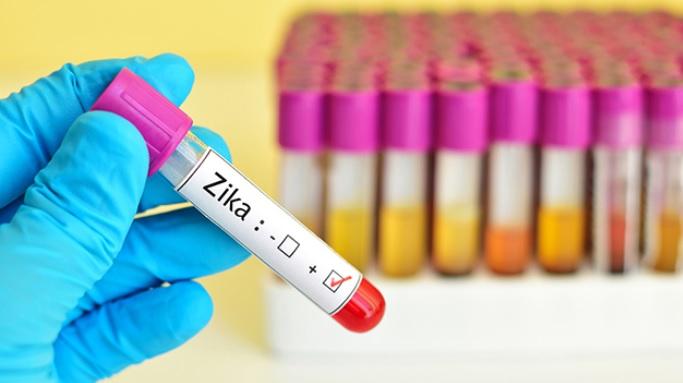 As a woman who believes whole-heartedly in the human right to safe and legal access to abortion regardless of circumstance, it is rare I find myself balking at a movement to extend legal access to abortion.  However, in the case of Brazil’s Zika epidemic, I am struck by an ethical dilemma.  Brazil, a historically pro-life country, is currently considering reforming their anti-abortion laws exclusively in cases of fetal defects caused by Zika infection.[1] I strongly believe reproductive rights are human rights, however, if the only exceptions made in allowing safe and legal access to abortion are in cases of a disabled fetus, we as ethicists must pause. The fact that in Brazil, a country with a strong moral and legal belief in fetal personhood, lawmakers are willing to abandon this belief solely in cases of the physically and intellectually disabled presents dangerous infringements on disabled individuals’ rights.  Furthermore, advocating for legal abortion solely in the case of fetal disability is ethically wrong and has historically eugenic undertones. As a pro-choice individual, it is essential to consider the ethical concerns that exist even in movements advocating for anti-abortion law reform.

Brazil, a predominately Roman Catholic country, has maintained historically restrictive abortion laws.  It is a foundational belief of the Catholic Church that life begins at conception and therefore the termination of pregnancy is akin to murder.[2]  Thus, obtaining an illegal abortion is a crime punishable by up to three years imprisonment.[3]  Up until 2012, abortion was prohibited unless the pregnancy posed a significant risk to the woman’s life, or the pregnancy in question resulted from rape. However, in 2012 the Supreme Federal Court of Brazil ruled to legalize abortion in the case of fetal anencephaly.[4] Notably, the Brazilian Supreme Court was able to make this decision by intentionally skirting the Catholic belief in fetal personhood.  Since anencephaly leads to death immediately following birth, the court argued that in cases of anencephalic fetuses, abortion did not violate Catholic beliefs since anencephalic infants were not living persons.[5]

In the current era of the Zika epidemic, which has affected Brazil significantly, Brazilian lawmakers and advocates are fighting to amend these restrictive abortion laws.  This is due to the fact that Zika viral infection in pregnant women has been linked to fetal microcephaly and other significant birth defects characterized as Congenital Zika Syndrome.[6]  As a result of these findings, advocates have argued to extend legal abortion status to pregnant women infected with Zika as a legal way to terminate fetuses that will likely result in permanently disabled infants. It is important to note the differences between microcephaly -- Congenital Zika Syndrome -- and the current exception to Brazilian abortion law, anencephaly.  Infants born with anencephaly typically die within the first hours or day of birth, whereas in the case of microcephaly, diagnosed individuals can live up to 35 years and longer depending on the severity of the disease.[7]  Therefore, the issue of personhood is not so easily skirted legally and morally in Brazil.  Advocates for legal abortion in cases of Zika infection argue that women should have the right to terminate a pregnancy that will likely result in an infant with severe birth deformities and disabilities.  However, in a country that strongly adheres to the Catholic belief that life begins at conception, it is imperative to consider what the ethical implications are on the rights of disabled individuals by making selective abortion law exceptions in cases of microcephaly.

I recognize that raising any infant, but specifically a disabled infant is costly, both for the parents and for the state.  Additionally, reproductive freedoms are particularly limited to women of low socioeconomic standing.  Therefore, I do not mean to convey that abortion should not be allowed in cases of disability, or that abortion in cases of disability are always eugenic in nature.  On the contrary, pregnant women should be able to weigh the pros and cons, economically and emotionally, before deciding to give birth to an infant.  I also believe women should be allowed to abort a fetus under any circumstances without judgment.  However, when the state makes exceptions exclusively in cases of disability, it poses numerous ethical concerns.

There is a long and complicated global history between the movement for reproductive freedoms and disability rights movements.  For example, in the United States, Margaret Sanger founded Planned Parenthood, an organization essential to providing safe and affordable reproductive healthcare, including abortions, on the principles of the eugenics movement.[8]  Although it is likely Sanger aligned herself with the mainstream eugenics movement of her time as a strategic way to broaden her message of a woman’s right to reproductive freedom, the unfortunate association remains historically documented. Sanger is famously quoted as saying in 1921 that “the most urgent problem today is how to limit and discourage the over-fertility of the mentally and physically defective.”[9]  Even feminists and strong reproductive rights supporters must recognize the eugenic potential of extending these rights only in specific circumstances.  In a country like Brazil, where life is believed to begin at conception and abortion is criminalized with little exception, it should raise ethical questions when exceptions are being made for disabled fetuses.  Additionally, these laws surrounding abortion present larger ethical issues that extend beyond reproductive rights.  For example, if disabled fetuses are deemed specifically disposable simply for their disability, what does this potentially suggest for the disabled community of Brazil at large?  This ethical framework could provide a precedent that works to justify the limitations of the rights of the disabled.

All this being said, I do not believe reproductive rights and the rights of disabled individuals are inherently at odds with one another.  On the contrary, I believe there are important connections between the limitation of women’s reproductive freedom and the oppression of disabled individuals, including intersecting class and race oppressions.  Perhaps the most famous example of this in the United States is the case of Buck v. Bell of 1927.  Under the mainstream eugenics movement, the U.S. Supreme Court ruled in favor of allowing forced sterilization of women who were deemed intellectually or physically unfit.  In this case, disabled women’s bodies were forcibly sterilized without their consent by the state to promote a eugenic and able-ist agenda.[10]  Similarly, there is a long history in Brazil of sterilizing women with HIV often under dubious consent.[11] Although sterilization is a common form of birth control for Brazilian women due to stringent anti-abortion laws, there are considerably higher rates of sterilization in populations of indigenous and Brazilians of afro-descent, strongly suggesting racial prejudice in these practices.[12]

Reproductive rights and disability rights are not inherently in conflict.  However, when access to abortion is morally and legally restricted, as in Brazil, making exceptions only in the case of disabled fetuses is ethically wrong.  In a country where life is believed to begin at conception, abortion law exceptions in the case of Zika strongly suggests and justifies the idea that disabled individuals are valued less by society.  Furthermore, it also perpetuates historical eugenic beliefs that have advocated for genocide. This is not to say I believe Brazil should not work towards wide-ranging abortion law reform. On the contrary, I believe it is imperative that women in Brazil and across the world are granted holistic and unrestricted reproductive freedoms to make their own choices regarding childbirth regardless of their circumstances. There is an ethical responsibility that women should be allowed safe, legal, and affordable abortions whenever needed and/or wanted including in cases of fetal disability if the pregnant woman so chooses.  However, I do not believe that legal abortion should be exclusively granted solely in cases of fetal disability. Granting legal abortion specifically in cases of fetal disability but not in other circumstances (besides rape and risk to maternal health) presents dangerous ethical implications that disabled populations are worth less than their fellow able-bodied citizens.