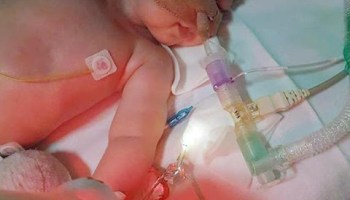 Decisions regarding withholding and withdrawing care raise some of the most difficult, yet classic, bioethical questions. The current events related to Charlie Gard, an infant and native of the United Kingdom, born with a rare and devastating disease known simply as mitochondrial depletion syndrome, provide perfect examples of such difficult and classic questions. Charlie Gard’s predicament has gained international attention, as “European courts have ruled that he should be taken off life support, as there are no effective treatments for his condition.”[i] Meanwhile, the parents of Charlie have insisted on experimental treatment in hopes of saving their son, and at the very least, have sought permission to take their child home to die if all else fails. European courts and physicians from Great Ormond Street Hospital, where Charlie currently is located, have outwardly rejected such ideas on the basis “that the therapy would not help him and it was in his best interest to prevent further suffering by withdrawing life support.”[ii]

Several aspects of Charlie Gard’s case show similarities with previous cases involving infants and what physician’s refer to as ‘futile care.’ However, Charlie’s case stands out from the others and presents an impasse so large that it breaks all common conceptions of such care, particularly those cases which involve an infant’s parents. Wesley Smith states:

“This is where Charlie Gard’s case is breaking new and even more authoritarian ground. Not only are doctors and judges forcing Charlie off life-support; they are also declaring that their ethics rule over Charlie’s life, even if the parents- Chris and Connie Gard- find alternative care.”[iii]

The concept of medical futility has long been engrained into our health care system and has proven to have serious effects on the physician-patient, or parent, relationship. Moreover, what makes the topic of medical futility so interesting is its capability of easily overriding the long-accepted notion of parental authority, even when it has been shown that the parents are fit to make health care decisions for their child and are invested whole-heartedly in their child’s care.

Medical futility or futile care does not refer simply to cases in which patients are faced with circumstances or treatment options which present no hope or benefit to them. For a patient’s circumstances or treatment options to be considered futile involves very ambiguous and amorphous language, and is often tinged with personal value judgements and biases entirely dissociated from the patient and their loved ones. In cases involving patients whose care is deemed futile or useless, health care providers and policy-makers, while seeking to do what is in the ‘best interests’ of the patient, can easily become prey to the temptation of substituting their own personal opinions for how they themselves would wish to be treated if placed in the patient’s shoes. Tom Beauchamp and James Childress state: “The most appropriate standard in cases of…seriously ill newborns, is that of best interests, as judged by the best estimate of what reasonable persons would consider the highest net benefit among the available options”[iv] These sorts of judgements are all but natural; however, can be misplaced if one is attempting to define the quality of another person’s life, even if that person is an infant and has a minimal grasp of the world around him.

Physicians are perhaps the best determinants of such judgments when a patient’s condition seems so stark as to allow him or her to be taken off of life support; however, physicians are still advised to act first in consultation with a child’s parents when the patient is too young and unable to speak for himself. For to refuse to do otherwise might be seen as “an act of bioethical aggression that will extend futile-care controversies, creating a duty to die at the time and place of doctors’ choosing.”[v] It is certainly understandable for a physician, an individual totally invested in the life of another, to feel quite strongly in regard to the welfare of his or her patient. Some physicians may feel as if continued treatment, after a determination of medical futility, would be in direct violation of the ancient maxim to ‘do no harm,’ and may be seen by others as a useless prolongation of suffering. However, “Compared with the situation of the parents, these burdens seem insignificant, are short term, and most likely do not evoke such profound emotions.”[vi] An unbiased, cooperative, and informed approach on the part of the physician is advisable during such circumstances involving terminally ill infants and their emotionally torn parents.

Inherent dangers when applying the best interest standard to cases where a determination of medical futility has been made have to do with an examination of benefits and burdens, and are focused, perhaps too narrowly, on the extent of the one’s suffering. The best interest standard, commonly applied to cases where there appears to be little hope of benefit for the patient, “asks the decision-makers to weigh the “net benefit” for each possible option and subtract the “net burdens” of those options.”[vii] This utilitarian way of thinking seeks to maximize what is ‘good’ and minimize pain and suffering. This method, if seeking only to eliminate one’s suffering, can prove disastrous for patients and infants alike, for “the ability to feel pleasure and avoid pain… [is] a difficult condition to assess in the neonate.”[viii] An examination of benefits and burdens which is concerned with the infant in his or her physical, familial, and spiritual totality, with a focus on the family unit, is preferred in cases where a physician has deemed a infant’s case as futile.

Alongside assessing the benefits and burdens of withholding and/or withdrawing treatment, or that of any proposed intervention, involves first and foremost the principle of informed consent. In cases dealing with infants, informed consent from the patient is not possible. In these cases, informed consent by proxy must suffice. In most cases, the proxy will be the infant’s parents. Many, including law and policy-makers, have challenged the notion of proxy consent when it has to do with young children. The common belief is that “the child’s parents or guardians have the authority or “right” to give consent by proxy.”[ix] This belief is generally not contested by the courts, for example, unless it is obvious that the parents or guardian(s) are unfit to take care of or make health-care decisions for the child. In relation to Charlie Gard, this does not seem to be of any concern.

When entrusting the care of a child to a team of physicians, parents enter into what Edmund Pellegrino calls “a covenant of trust, a special kind of promise to serve those who require her expertise.”[x] This relationship of trust between physicians and parents, which is meant to transcend mere contractual relations, involves mutual cooperation and the sharing of values, opinions, and alternatives in regard to care, up to and including experimental treatment.  Therefore, it is advised that “Practitioners should seek the informed permission of parents before medical interventions….”[xi] So called medical interventions would include both the withholding and withdrawal of treatment, and might include forms of both ordinary and extraordinary care. In cases where extraordinary care is employed, the choice to do so is by no means obligatory; however, given the circumstances of the individual case, the parents or guardian(s) should have the freedom to consider the option of such care if they have been proven fit to do so.

As should be the scenario in any infant case, physicians and those involved in the determination of care are advised to consult with the parents or guardians early and often, in order to devise a plan for future care as well as analyze the benefits and burdens of proposed treatment(s). Benefits consist of any treatment or intervention which will provide either obvious improvement or hope of such improvement to the patient’s medical condition. Parents are never obligated to consent to any intervention which has been deemed extraordinary, or in this case, experimental; however, the parents are free to make this choice if they wish. On the flip side, burdens are concerned with those treatments or interventions which obviously or will presumably cause needless harm or added suffering. It happens that “the notion of burden is to be understood as applying not only to the patient but to others, such as family, hospital, and civic community, and could include those such as third-party payers.”[xii]

In any case, it is critical that physicians and parents come as close to an agreement with regard to a plan for care, and that that plan be “always balanced against the intrinsic value of human life. One must not overstate the burdens of treatment, just as much as one must avoid an irrational belief in the benefit of a medical intervention.”[xiii] In regard to baby Charlie, what we have witnessed is a failure in the balancing act between the physicians involved in Charlie’s care toward his parents. With Charlie’s current condition looking very dismal, his trajectory of care remains to be seen.

[x] Edmund D. Pellegrino, “Professionalism, Profession, and the Virtues of the Good Physician,” The Mount Sinai Journal of Medicine 69.6 (November 2002): 382.