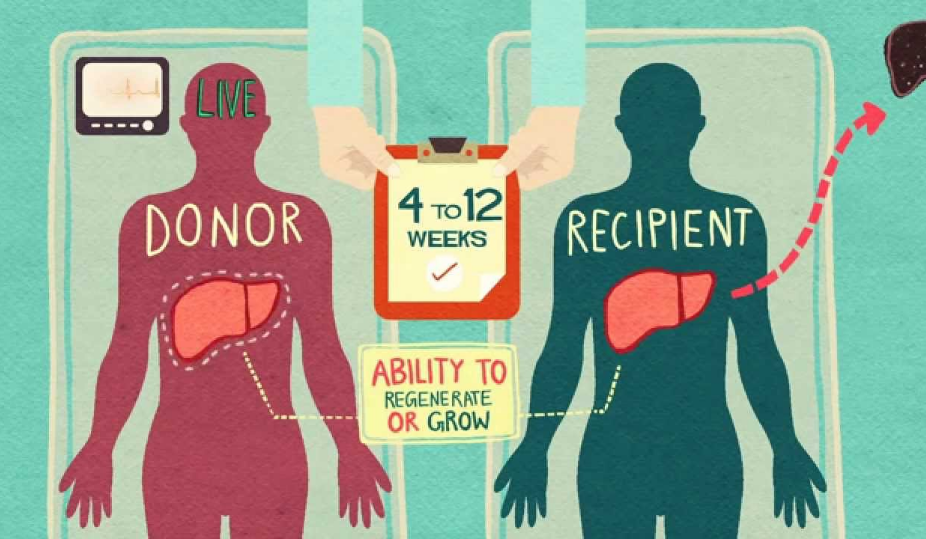 The 2009 film My Sister’s Keeper, based on Jodi Picoult’s 2004 New York Times bestselling novel which bears the same name, is among other things, a controversial story about a young girl (Anna Fitzgerald) who sues her own parents in order to obtain legal rights to the use of her body. For as long as she can remember, Anna has unwillingly been providing blood and bone marrow to her older and critically ill sister, Kate. As the story unfolds, tension within the family arises as the 13 year-old Anna Fitzgerald becomes fully aware of her reason for existence, so to speak, which is to prevent the death of her older sister by providing a regular supply of blood and bone marrow, which she has done regularly for several years. Later on, as Kate’s condition worsens and her renal function begins to fail, the parents naturally turn to Anna to provide what could be a life-saving kidney transplant for her older sister. The climax of the story begins as Anna confidently and heroically refuses. The story raises a slew of bioethical issues which are beyond the scope of this essay; however, the story sheds light on a topic worthy of discussion: living organ donation among minors.

As the supply of organs suitable for transplantation decreases and the demand for them increases, the question of living organ donation among those yet of age has become a question of greater concern, primarily among those who point to the various ethical implications which such a procedure creates. Robert Veatch refuses to pair the term organ ‘donor’ with that of a minor and claims that “young children can never be “donors.” They cannot give consent to have their organs used for transplant. The younger ones cannot even comprehend the idea of transplantation.”[i] On the flip side, it is of general agreement among many professionals both domestically and internationally “that consent from the minor’s parents or legal guardian is a necessary condition to allow the donation [of organs among living minors].”[ii] As this requirement seems only natural and obvious, informed consent for living organ donation among minors presents many ethical gray areas, and can easily become a form of abuse at the expense of the child or children in question. Such was the case for Anna Fitzgerald, who was coerced into providing blood and bone marrow for her ailing sister after her parents had, on the surface, satisfied the criteria necessary for informed consent. The characters and the story which make up Picoult’s book are all but fictional; however, provide us with a glimpse into real-life issues which are certainly not out of reach and are deserving of further examination.

The challenges in obtaining consent from minors for living organ donation are not the least bit insignificant, and point to numerous areas within the organ procurement process which may be in need of revision if the practice is to respect the whole person in his or her totality. Such revisions are entirely possible; however, may require additional oversight and/or modifications in existing policy. Concerns related to the informed consent process and donation itself ask whether minors are capable of being truly autonomous, and whether a parent’s approval is more often than not a conflict of interest in disguise. Several professionals “question the capacity of minors to understand and balance the risks and benefits at stake and to make an autonomous decision.”[iii] Further, many “highlight the risk of family pressure when the intended recipient is a close relative of the minor donor.”[iv]

Apart from the fictional events contained in My Sister’s Keeper, which clearly present examples of family pressure, there have been some famous real-life instances where a conflict of interest among family members may have been present during the debate on whether living organ donation should be permitted. This is what presumably occurred in the legal case Strunk v. Strunk, where the court claimed that it was in the best interests of Jerry Strunk, a 27 year-old incompetent man and ward of the state, that he should donate his kidney to his ailing older brother Tommy, who suffered from kidney disease and was in need of a transplant. The court asserted that such a donation was necessary and “would not only be beneficial to Tommy but also beneficial to Jerry because Jerry was greatly dependent upon Tommy, emotionally and psychologically….”[v] This particular case does not involve children yet of age; however, brings to light an important issue within the organ procurement process as it involves vulnerable individuals incapable of giving true and informed consent. Moreover, this point is especially important if one is comparing the decision-making capacity of a child with that of a mentally incompetent adult.[vi]

Further challenges pertaining to living organ donation among minors have to do with psychosocial risks and benefits. Minors who donate major organs may experience a sense of “lower self-esteem, a sense of neglect, and lack of appreciation after the donation.”[vii] This is especially true among minors of the same family. The Organ Procurement and Transplantation Network (OPTN), which administers with the United Network for Organ Sharing (UNOS), lists several policies pertaining to psychosocial evaluation requirements for living organ donors. The psychosocial evaluation requirements “apply to living kidney, liver, pancreas, lung and intestine donors.”[viii] Some of the requirements, among others, involve evaluating potential mental health concerns, high-risk behaviors, possible therapeutic interventions, and a donor’s ability to make an informed decision and take on the stress and medical complications that donation may involve.

Beyond simply following policy, it is advisable that all involved in the organ procurement and donation process treat the donating child as holistically as possible, seeking insight into their personal values, wishes, history, and knowledge. For example, psychosocial red flags which could have precluded Anna Fitzgerald from donating one of her kidneys could have been her overall sense of detachment from the rest of her family. Having been born in-vitro for the sole purpose of aiding her older sister, Anna was left feeling as if she were not born out of true love, in comparison to her other siblings who were conceived via natural means and were apparently born for no other reason than for themselves alone. Given these factors, for Anna to donate her kidney may lead to stronger feelings of detachment and an even lower sense of self-worth, both having an impact on overall health. In order to ascertain whether living organ donation among minors is in fact prudent, professionals should feel encouraged to move beyond policy and try to understand the child in their whole essence, all while seeking to protect and affirm their inherent dignity. Such an approach can lead to greater psychosocial benefits for the donor and an ultimately greater understanding of organ donation as gift, and may further strengthen family bonds and/or the relationship between donor and recipient.

As with any medical or surgical procedure, organ donation is not without its risk. Medical complications during and after organ donation include but are not limited to: “pain, infection, blood loss, blood clots, allergic reactions to anesthesia, pneumonia, injury to surrounding tissue or other organs, and even death.”[ix] As a general rule in any medical or surgical intervention, a patient is not obligated to take on risks that he or she sees as disproportionate when compared to the intended or foreseen benefits. The United States Conference of Catholic Bishops advise the following:

“…no person should be obliged to submit to a health care procedure that the person has judged, with a free and informed conscience, not to provide a reasonable hope of benefit without imposing excessive risks and burdens of the patient or excessive expense to the family or community.”[x]

This freedom from obligation becomes an even stickier situation when the decision to donate means possibly saving the life of a close relative (as was Anna’s predicament), even when the risks involved in donation are minimal. Robert Veatch often equates organ donation, when it concerns minors, to participation in medical research and believes that children, moral agents like ourselves, “have very limited responsibility to contribute to the community... [and] have a greater obligation to their family members than they do to participate in minimal-risk medical research.”[xi]

Lastly, it should be noted that not all transplants involve major organs. Sometimes children are faced with circumstances where there is not necessarily an organ to donate, and the donor and the recipient are the same person. In cases where a child is plagued with a musculoskeletal disease or has been involved in a tragic accident, an autotransplantation may be necessary. Autotransplantation, also known as an autograft, occurs when “Bone or tissue [is] transplanted from one part of a person's body to another part….”[xii] These sorts of procedures pose some minimal risk to the patient, including “theoretical risk for disease transmission….”[xiii] and should be given the same attention and scrutiny as organ transplantation procedures. In this case, in what is technically a living tissue transplantation, informed consent procedures still apply, and psychosocial factors are still relevant. Revision to current OPTN/UNOS policy is advisable, and addition of these living tissue transplantation procedures is encouraged if the goal is to create policies which are as inclusive as possible and respect the inherent dignity of donors, recipients, and families. However, regardless of the organ or tissue being transplanted, or whether the donor and recipient are one and the same person, it is vital that the gift of donation be just that, a gift, and not an obligation which we owe by default to others or ourselves.

[vi] Veatch, Transplantation Ethics, 236. Robert Veatch chooses to combine infants, children and mentally incompetent adults in the same category in regard to their ability to give consent to have their organs used for transplant. Such a sweeping categorization is indeed a stretch and prevents the inclusion of minors and older children who may be capable of understanding the full implications of organ donation. Moreover, such a comparison undermines the principle of respect for the human person in that all mentally incompetent individuals are seen as incapable of making decisions for themselves.

[ix] American Transplant Foundation, “What to Consider Before Donating,” http://www.americantransplantfoundation.org/about-transplant/living-donation/becoming-a-living-donor/five-questions-to-ask-yourself/