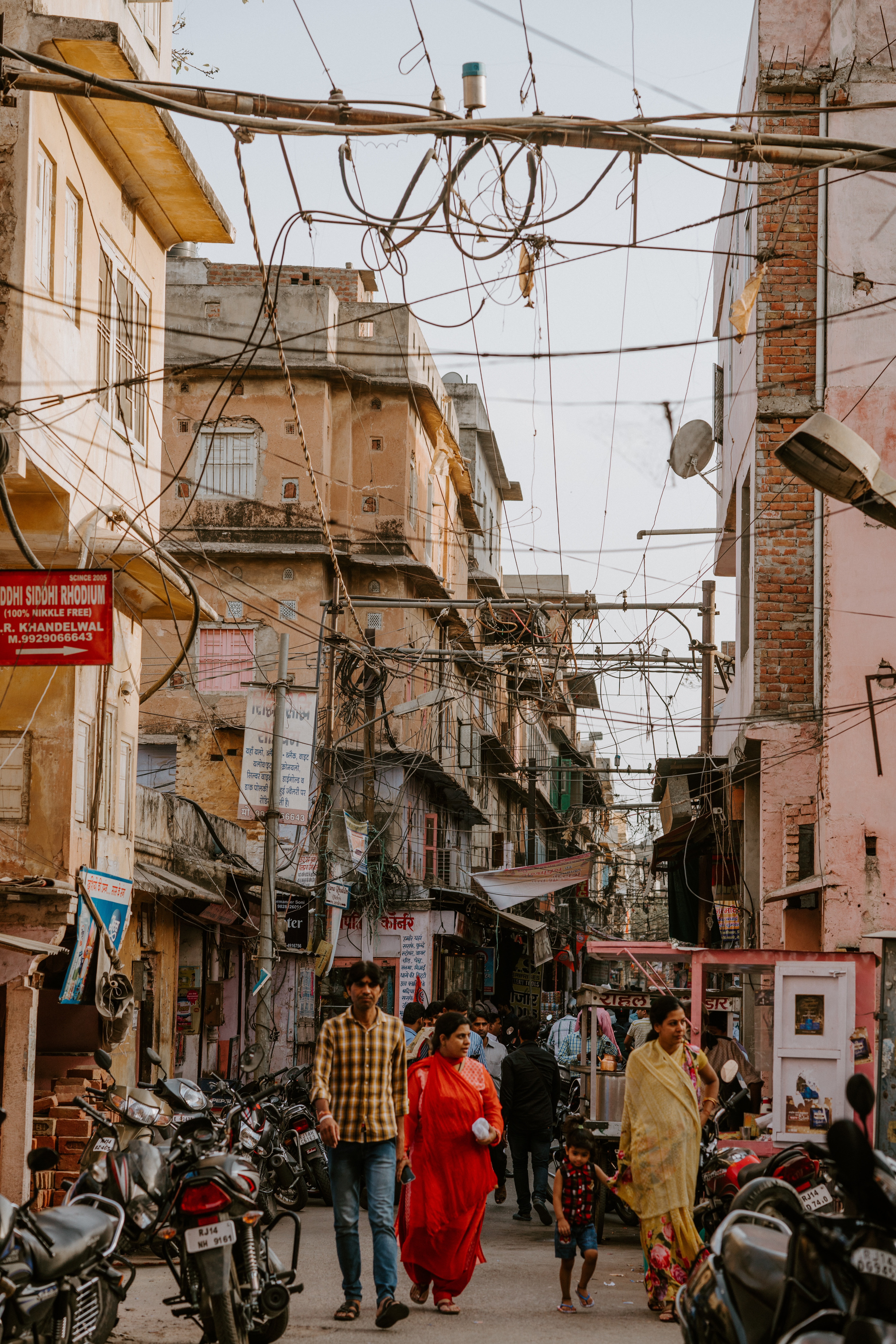 
Context: A Series of Unfolding Tragedies

The categorization of disasters as natural or manmade does little for our understanding of the moral stakes of individuals, institutions, and collectives in disasters. There is a greater possibility of understanding the complex moral nature of disastrous events when they are classified as events of “social suffering.” This reframing enables us to necessarily relate to these disasters by way of a consciously chosen ethical positioning. When disasters are understood in the language of suffering, there is hope that such an ontological rephrasing can inspire institutions to respond with ethically sensible measures that safeguard the dignity of the lives at stake at the individual and collective levels.

The mismanagement of the COVID-19 pandemic across nation states resulted in several tragic collateral disasters. Disasters are often seen as law and order enforcement projects in which institutions deal with what Agamben calls “bare lives.”[1] Such a view led India to use a top-down disaster management response to the pandemic with implementation of curfews and lockdowns reflecting an authoritarian attitude towards a complex human condition.[2]

Historically, compared to social scientists and sociologists, philosophers have given relatively little thought to the understanding of  “natural” disasters and the social experiences related to them.[3] Describing disasters as sudden and unexpected occurrences, often beyond immediate human control, encourages people to think about disasters only from the interest of  how to act when disaster strikes. Disasters, conventionally defined as “events” that begin and end, require an ethical response not just in terms of short-term action but also in terms of long-term existence. COVID-19 is a disaster predicted to linger and therefore calls for long-term social action.

One way of defining disasters is through identifying their cause as either “natural or the result of accidental or deliberate human action.”[4] Zack’s definition of disaster calls for a need for action toward recovery in disaster zones. Such an application-based ethical approach to disaster is necessary in order for us to act when in a disaster. However, a large number of people must simply be with such an event, i.e., remain aware or engage with the event. They may be distantly located and engaging with it predominantly through media. They may be unable to help based on the expertise necessary. In order to make sense of the ethical obligations in relation to a disaster, we need a metaphysical framework of disasters, one which helps us understand our relation to an event where we are not in a position to act or help. While it is important to understand a disaster that requires action, it is equally significant to understand that many people must relate to a disaster while unable or ill-equipped to take action. In either scenario, the moral response must first and foremost allow people to be able to be with the disaster and relate to it.

A disaster could also be defined socio-politically as “an event that destroys or disables the institutions required for moral agency and effective citizenship.”[5] Such a definition gives significance to both the loss of the dignity of life and the loss of physical life. Seen this way, disasters become moments of crisis for humanity where the status quo of a contemporary human condition is disturbed or forced to change. The disconnect between the crisis and people’s ability to relate to it increases when ongoing disasters become historical events relegated to the past in memoirs and museums. Responding becomes an integral ethical concept to articulate whenever we are recollecting, representing, or mediating these experiences. A critique of the classification of disasters will help us understand why most of us fail to grasp our moral response to disasters.

Scientific research categorizes disasters as natural or unnatural. Recently, researchers in disaster studies questioned the use of the phrase “natural disasters.” Chmutina and von Meding argue that the widespread use of “natural disaster,” especially by the scientific community, depoliticizes the event such that it dispenses with questions of moral responsibility and fails to address a moral backdrop under which many people are unnecessarily vulnerable to the natural event.[6] This argument gained particular prominence in recent times under the trending social media hashtag #NoNaturalDisasters. Human vulnerability and fallibility are recognized as key components to the experience of any disaster.

Amidst glaring inconsistencies in the ways in which research is done on disasters with minimal representation from the affected community, there is an urgent need for moral codes of conduct while researching disasters.[7]  The terminologies, technologies, and methodologies employed in engaging with disasters risk a split between those involved directly and those aware of (those who are with) the disaster. This split affords certain members of  society the possibility of being apathetic to the conditions on the ground contributing to the resultant collateral humanitarian crisis, for instance, the tragedy of the migrant workers across India as a result of blind enforcements of the COVID-19-related lockdowns.[8] The moral responsibility of the bystanders should be to coexist with the disaster in a way that fosters support of the vulnerable rather than disconnected apathy.

Convenient naturalization[9] of disasters to suit the needs of information transaction greatly affects the way in which we relate to these events. Our intuitive ethical experience and, subsequently, our ethical response is determined by how ‘naturalized’ the event is in the understanding of those who are with the event but neither close enough to be personally hurt or personally able to actively help. Labeling the event natural creates the feeling that people do not need to experience the disaster as their own morally. Regardless of our sense of an event’s causes as natural or unnatural, what remains universal is the occurrence of suffering. Suffering, either from being in a disaster or being with a disaster, resists easy resolution. Instead, it makes us aware of the need to articulate an ethics of being in and being with.

Social Suffering, the Individual and the Collective

Many philosophies think about suffering from the perspective of emancipation or liberation from it. Malpas and Lickis define suffering as a “state of severe distress associated with events that threaten the intactness of the person [as a person].”[10] When a large-scale disaster occurs, and the events appear to threaten the “intactness” of an entire group or collective of persons,  suffering undergoes a shift in its locus: the suffering is not of any one person but belongs to an entire “social” or a community. Trauma - the psychological suffering individuated in persons – takes on the form of “social suffering.” Suffering, always understood with the constitutive individual as its locus, needs to also be understood as occurring within social groups or the “social self.”[11] To address the phenomenology of disasters, Pierre Bourdieu, Arthur Kleinman, Veena Das, and Margaret Lock, looked at the concept of social suffering in these two ways: individually located and socially located.

When public sites like housing projects, schools, or parks become places of confrontations and conflicts (often with tragic consequences), the society or collective suffers. Often, individuals do not choose the people they are with. Bourdieu observes that sociologists often fail to understand such situations of conflict in their rush to respond.[12] Bourdieu’s idea of social suffering is rooted in the individual who then becomes part of a group in the context of conflicts. Within this individual-centric framework, he articulates the tension between the individual and social suffering as a “positional suffering” that often becomes dispensable in light of so-called “real” suffering related to material poverty. The focus on “real” suffering creates hierarchies of suffering between la grande misere and the many kinds of ordinary suffering or la petite misere.[13] This production of the various orders of suffering either end up magnifying, valorizing, or reifying some types of suffering while weakening the value and validity of others. However, some kinds of social suffering also have a non-quantifiable nature – this suffering pervades across space and time and permeates the consciousness of collectives sometimes across generations. Labeling disasters natural interferes with the process of a social response.

For Kleinman, Das, and Lock, social suffering results from the entangled relationship among politics, economics, and institutional power and the manner in which this power influences a social response to a given problem.[14] Pressing the need to look at well-being not as a “social indicator” but as a “social process,” they observe how the cultural responses to social violence often “transform the local idioms of victims into universal professional languages of complaint and restitution – and thereby remake both representations and experiences of suffering.”[15] There is a certain flattening of experience that takes place by what they term “historically shaped rationalities and technologies.” The violence of response is partially due to the ways in which the pragmatically organized world fractures the experiential phenomenon of suffering into measurable units.[16] Noting ways in which human suffering can be singular and collective, local and global at the same time, they propose the notion of “social suffering” as a concept that can encourage a collective social response. They argue for strengthening the ethical relationship between experiences of collective suffering and the seemingly unrelated individual.

Theories that are preoccupied with the incommunicability of pain fail to articulate and mediate collective experiences of suffering. Theories that solely focus on knowledge and do not engage with experience, often fail to help make ethical sense of suffering. In the worst case, this results in apathy by those who are unaffected. Alternatively, the framework of social suffering offers a way to ethically situate ourselves in relation to events.

The language of suffering enables us to begin to articulate the experiences of disasters and their memories metaphysically. The categorization of disasters as natural or manmade has done little to address the moral response of the collective to disasters and has led to apathy by those less personally impacted. It is only when disaster is understood through the concept of social suffering, rather than as natural or not, that we find some grounds to relate ethically to it. Disasters that are understood as events of social suffering inspire a necessary collective ethical response, limiting apathy.  Institutions and the state should incorporate an understanding of suffering into the state’s code of conduct that reflects COVID-19’s collateral implications due to a current framework that leaves society vulnerable to suffering. Then, there can be some hope that those responding by taking action as well as those who exist with the disaster and its suffering can morally be with the disaster. A failure to bring the ethical language of collective suffering to public policy will continue to manifest as an endless series of unfortunate events.

Photo by Annie Spratt on Unsplash

[9] Guru and Sarukkai give a detailed philosophical account of how the natural and social sciences employ this process of naturalization to suit their purpose of study in order to create their own objects. See Guru, Gopal and Sarukkai, Sundar. 2019. Experience, Caste and the Everyday Social. New Delhi: Oxford University Press.