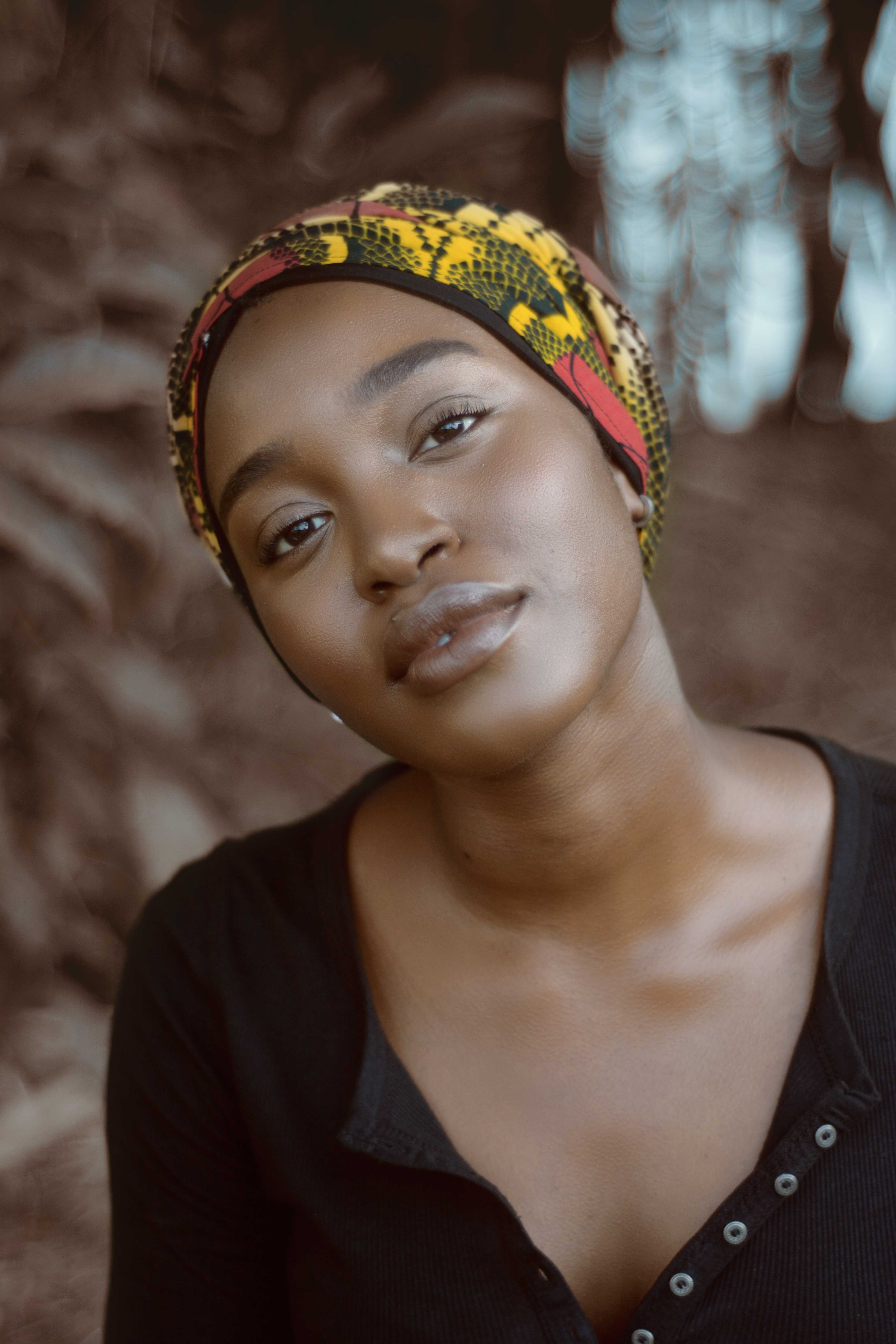 Photo by Prince Akachi on Unsplash

Ethics is the study of moral principles and why people make moral and immoral decisions. It focuses on how people ought to behave based on their moral compass or values, and society’s shared values, laws, and traditions. Since rape and sexual assaults are becoming more common   in Nigeria, the country must add psychological rehabilitation and prevention programs. In Nigeria, the role of women is primarily in service to men and rape is especially common among African adolescents. Mental healthcare remains stigmatized in Nigeria compared to Western countries. This paper argues that access to cognitive restructuring would help both the perpetrators and the victims of rape.[1] While cognitive restructuring is not new, in Nigeria there has not been access to mental healthcare for victims who need it and for perpetrators who are later released back into society.

The important ethical issues surrounding rape include the lack of consent and harm to victims, as well as the greater societal values of feminism and nonviolence. In the context of rape, “consent is, without doubt, the most important concept…the “criminality” of sexual offenses derives largely from a sexual act performed without one or more parties’ consent to that act.”[2] Therefore, by not mutually agreeing to the sexual act to occur, the offender takes away the victims’ autonomy.

Although rape statutes vary, all require a lack of consent to determine that rape has occurred. An age of consent determines that minors are not able to give informed consent to sexual acts. Rape can reflect a premeditated decision to rape the victim. However, the mindset required may include indifference toward consent or a lack of understanding consent.

Rape is a psychosocial assault. It involves the use of physical force but also involves social factors underlying the rapist’s thoughts or development. There are different ways to count rape based on reporting, prosecution, or conviction creating statistical disparities in the numbers of rape cases worldwide.[3] There are also different situations in which rape occurs: rape within marriage, date rape, rape by strangers, rape of a minor, systematic rape, and sexual slavery. Although women are often reluctant to use “rape” or “sexual assault” to describe coerced or unwanted sexual experiences that involve a romantic partner,[4] these instances are nonetheless considered rape and their perpetrators should be convicted. In the US, date rape is discussed and prevention is addressed while in Nigeria many may not report abuse by a romantic partner. In 2013, only 28 out of 100  rape cases in Nigeria were reported to the police and the percentage of reported cases has continued to decrease over the years despite the consistent increase in the number of incidents.[5] The oddness of the underreporting of rape and sexual violence in Nigeria is underlined by the deficiencies of government to establish structures that would encourage victims to boldly come out.

Childhood sexual abuse has serious long-term effects. Adverse childhood experiences can result in a higher risk for physical and psychological disorders including PTSD, feelings of anger, self-blame, sleeplessness, lack of energy, depression, substance abuse, and suicide.[6] “The prevalence of this violence ranges between 15 and 40% in sub-Saharan Africa, with studies showing rates of sexual coercion and abuse among female adolescents in Nigeria between 11 and 55%.”[7] These rates show there are serious consequences for victims of rape and sexual assault. Memories of unanalyzable fragments of what rape victims have seen, heard, done, and felt can trigger PTSD, a common problem among survivors. In rare circumstances, a person with severe PTSD may attack oneself, insult oneself, or engage in extreme violence.[8] However, many victims are able to survive rape, recover from the trauma, and find success making peace with the devastating event.

Cognitive restructuring refers to a “structured, collaborative therapeutic approach in which distressed individuals are taught how to identify, evaluate, and modify the faulty thoughts, evaluations, and beliefs that are considered responsible for their psychological disturbance.”[9] Cognitive restructuring is a therapy that harnesses the psychological ability to think about and refute irrational thoughts. The psychotherapeutic procedure is an emotive treatment that gives rape victims a sense of agency and control over negative thoughts or bad mental habits. Cognitive restructuring is a philosophy of mind and social control therapy. It is a technique in cognitive behavioral therapy, which helps people identify and alter traumatic disorder.[10] Cognitive rebuilding is psychosocial education that redirects thoughts encouraging the suppression of unwanted thoughts. It is a committed real-world theory which provides relief for patients suffering from a psychosocial disorder. However, the theory is unsuitable for patients with complex mental health needs or learning difficulties.

The rape and murder of Vera Uwaila Omozuwa, a microbiology student at the Redeemed Christian Church of  God, Benin City, sparked reactions across Nigeria.[11] This assault prompted the Nigerian senate to pass a bill on sexual violence. The bill seeks to promote and protect ethical standards in tertiary institutions. In addition, it seeks to protect students against sexual harassment including that by educators in tertiary institutions. The bill also proposes up to 14 years jail term for offenders.[12]

However, reinforcing rape via institutions may pose a problem of victim reporting because of the fear of stigmatization. This fear may contribute to the maintenance of rape-accepting attitudes in possible perpetrators of future campus sexual violence.[13] Hopefully, new laws and measures will be accompanied by procedures to voice complaints without fear of intimidation or slander.

There are many approaches to help rape victims so that they can achieve lasting good mental health. Victims benefit from compensation and punishment of the perpetrator (retributive justice).  Cognitive restructuring is the best approach to rape victims’ rehabilitation because it offers active solutions rather than just analyzing their past. The intertwined neurological, behavioral, and social consequences of PTSD caused by rape are not well understood by policymakers, thus psychologists and doctors may be better suited to help victims.[14] After the rape incident, cognitive restructuring should be adopted to help victims adequately recover from the trauma.[15]

Retributive justice is a legal, moral, and political philosophy. It is a theory of punishment that means 'payback debt.' Retributive justice affirms the punishment of rape offenders rather than rehabilitation to address their violent behavior.[16] Retributive justice focuses on punishments like fines and imprisonment. The punishment is justified because of the immoral action of the rapist. In criminal justice, the solutions or punishments serve varying purposes: keeping perpetrators of crimes away from potential victims and the public, punishing them, rehabilitating them, and altering behavior patterns. There is no empirical evidence to show that rapists are properly rehabilitated while incarcerated, demonstrating that many prison sentences serve primarily as punishment. Retributive justice as the sole reason for incarceration is undesirable because it does not help the assailant return to society.

E. How Cognitive Restructuring Can Help Both Victims and Assailants

Psychological treatment is useful for decreasing anxiety and depression, improving self-control, and solving mental health issues. Cognitive restructuring must apply in the legal parlance for the rehabilitation of rape victims and offenders. Societal benefits would ensue if the law provided psychotherapy for both victims and aggressors. Victims would still know their perpetrators are convicted and punished, while also knowing both they and their perpetrators are on the road to psychological recovery.

[2]Some Notes on Consent and Sexual Offences (Part One) (2013). https://philosophicaldisquisitions.blogspot.com/2013/09/some-notes-on-consent-and-sexual.html

[11]Emmanuel, A. Rape and Murder of Student In Church Sparks Outrage Across Nigeria. The Guardian Newspaper(2020). 7-2. https://www.theguardian.com/global-development/2020/jun/02/and-of-student-in-church-sparks-outrage-across-nigeria

[12]For An Act To Prevent, Prohibit And Redress Sexual Harassment Of Students In Tertiary Educational Institutions And For Matters Connected Therewith, 2019”.https://ndlink.org/wp-content/uploads/2020/02/ANTI-SEXUAL-HARASSMENT-IN-TERTIARY-BILL-2019.pdf