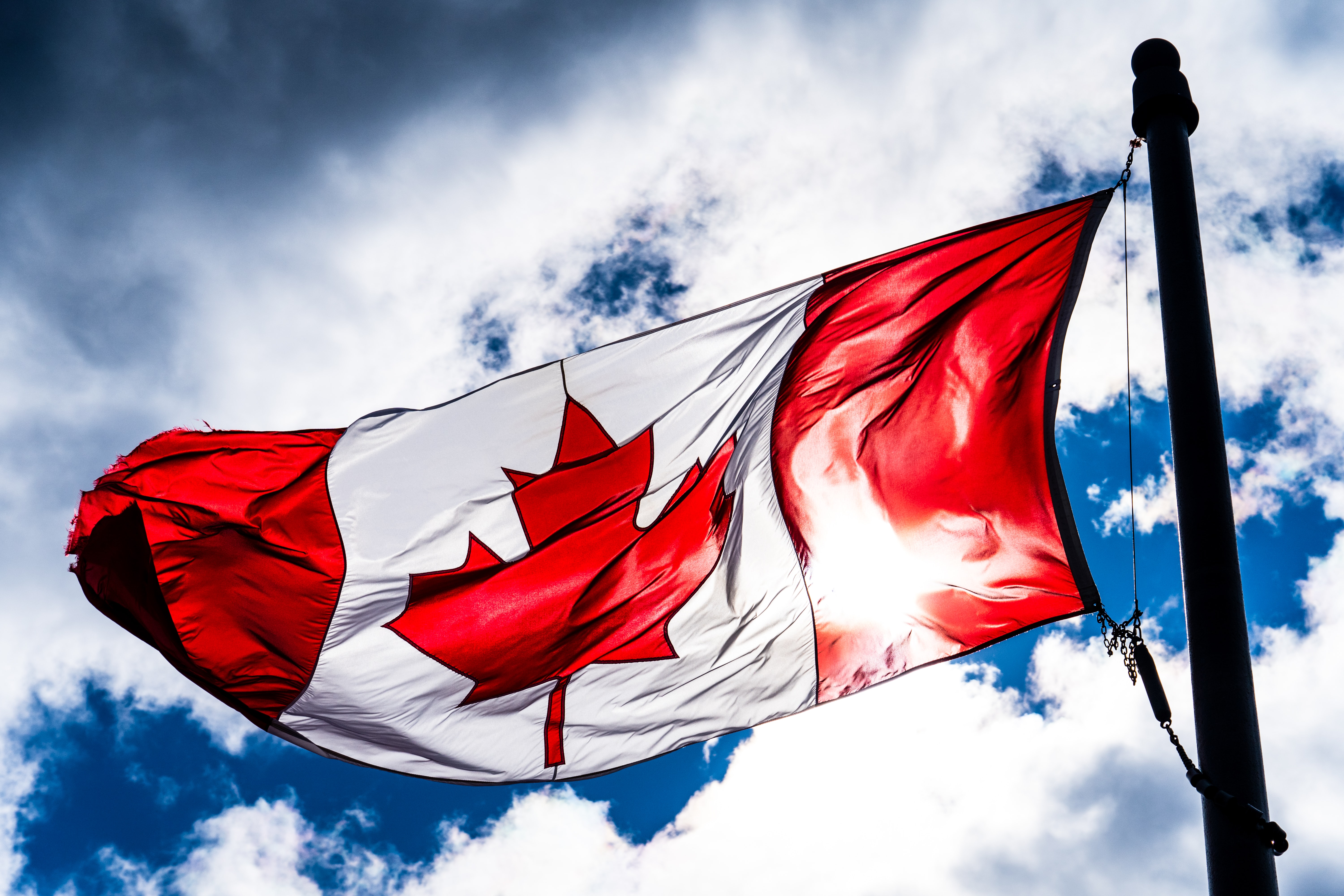 Photo by Chris Robert on Unsplash

If a terminally ill individual suffers from enduring pain and exhausts all other treatment options, upholding death with dignity through medical assistance in dying (MAID) is how physicians can mercifully respect bodily integrity. And when death is already imminent, a physician has two options: let the disease take the patient's life or act compassionately to end suffering by medically assisting consented death.[1] But what happens if death is not reasonably foreseeable? This paper discusses the recent expansion of MAID to the non-terminally ill and the anticipated 2023 expansion to those with exclusively mental illnesses.

The right to suicide in Canada has existed since 2016, after the case of Carter v. Canada, whereby the Supreme Court made a revolutionary change to the Canadian Charter of Rights and Freedoms, allowing access to MAID for those seeking an end to their current suffering.[2] In short, this decision permits MAID for those individuals with "grievous and irremediable" medical conditions.[3] The initial law, under Bill C-14, created the right to receive MAID; however, the right was only for those patients with naturally foreseeable deaths, that is, a terminal illness.[4]

Five years after this initial implementation of MAID, new legislation (Bill C-7) repealed the provision requiring terminal illnesses for MAID eligibility, thereby allowing access for even those individuals "whose natural death is not reasonably foreseeable."[5]  In addition, the law removed the distinction between terminal and non-terminal illness for purposes of the right to receive medical assistance in dying (MAID). The ability of non-terminally ill individuals to receive MAID raises critical ethical considerations, precisely, respect for persons, justice, beneficence, non-maleficence, and whether there exists an overall sense of compassion. Ultimately, the expanded MAID policy is warranted as it protects and upholds bioethical principles.

To be eligible for MAID in Canada, one must have a medical condition causing intolerable physical or psychological suffering "that cannot be relieved in a manner that the patient finds to be acceptable."[6] Much like other medical treatment decisions, suffering and quality of life are subjective matters; therefore, they are "best determined by the individual patient."[7] The 2020 annual report on MAID use in Canada cites the most common reason for pursuing the procedure as a loss of ability to partake in meaningful activities (84.9 percent), followed by a loss of ability to perform activities of daily living (81.7 percent).[8] The report also concludes that the primary underlying condition for those receiving MAID in 2020 was cancer (69.1 percent).[9]

When comparing euthanasia laws in the United States to those in Canada, it is interesting to analyze the difference in policy through a cultural lens. While both Westernized countries' healthcare rights are built on respect for patient autonomy, the US tends to stress the overriding freedom of individualism (also reflected in its private-payer system) compared to its northern neighbor. More precisely, 58 percent of Americans value the freedom to pursue life goals over the importance of guaranteeing that no one is in need, versus 43 percent of Canadians.[10] The value of protecting the 'overall collective' feels stronger in Canada over the United States. So, perhaps it is not that the Canadian euthanasia laws emphasize greater individualism; instead, they represent a shift toward liberalism and utilitarianism to maximize the overall well-being of individuals at their end of life through public policy.

Although bioethics is a relatively new and emerging field, North American countries remain at the forefront of its advances. Canada has taken a more progressive approach by promoting more inclusive end-of-life dignity through MAID. With the expansion of the law to include non-terminal illnesses, Canadian physicians can act compassionately in the patient's best interest. By putting individuals with "grievous and irremediable" medical conditions out of unnecessary pain, they may fulfill their obligation to beneficence and non-maleficence.

Individuals have a protected right to make choices for themselves, no matter the timeline of their suffering. Canada's new MAID law upholds the fundamental ethical principle of bodily autonomy by respecting adults suffering from grievous and irremediable medical conditions to self-govern and die on their own terms. The law's newly broadened capacity allows each person in the collective more autonomy. From an individualistic perspective, this value of self-determination should be assessed as paramount when making decisions about one's personal medical care; therefore, protection of autonomy must extend when making end-of-life choices, no matter if the given medical condition is foreseeably terminal or not.[11] The new MAID legislation in Canada supports respect for persons by allowing individuals to choose how they would like to address such intolerable pain or suffering while ensuring the decision is not coerced by "external pressures or a temporary period of despair."[12]

The consent process is slightly different for the newly expanded law. Those who are not terminally ill will have a final consent requirement. Consent should be an ongoing process. The new legislation drops the last consent requirement to better protect the patient's initial decision, in case the patient loses the capacity to make the decision. However, this relaxed rule for final consent is permitted only for terminally ill individuals, thereby protecting the decision of those who have already been approved for MAID, even if capacity is lost down the line. For those individuals whose death is not "reasonably foreseeable" but still intolerably suffering, the law still requires final consent before the procedure. If all informed consent and eligibility requirements are fulfilled, this represents the most compassionate route to put such individuals out of pain and uphold non-maleficence.

It seems unjust to allow assistance in dying for terminal illnesses but not those with detrimental suffering in such personal matters. Both terminal and non-terminal conditions can contribute to significant pain or distress and harm an individual's quality of life—an essential component of beneficence.[13] If such subjective suffering makes individuals believe that their lives are not worth living and wish to engage in MAID, denying such MAID requests may be wrong. Bioethical non-maleficence should ask the law for recognition of more types of suffering.

Those opposed to the recent expansion of MAID may argue that permitting euthanasia of non-terminally ill individuals ignores "the intrinsic worth or dignity of a person."[14] But MAID does not belittle the value of individuals; allowing people more control over their death need not be framed as devaluing their life. Balancing freedom of choice while protecting those with diminished autonomy is a complicated issue that bioethicists debate.

The profound change in Canadian euthanasia law does not stop there. The nation will allow MAID for individuals whose justification for MAID is solely a psychiatric condition causing intolerable suffering. Although the current bill specifies that individuals "whose sole underlying medical condition is a mental illness" are not eligible to receive MAID, there has been a two-year limit on the blanket ban.[15] On March 17, 2023, individuals suffering from mental illness, as their only medical condition, will become eligible for MAID.

Permitting the right to suicide for such vulnerable groups without terminal illnesses could open a Pandora's box of downstream attacks on justice. Without eliminating stigma, including access for individuals with mental illnesses and disabilities may increase the perceived pressure of being a 'burden’ to society. This dangerous cascade could indirectly imply to these vulnerable individuals that their lives are not worth living—encouraging them to end their lives prematurely.[16] In addition, the healthcare system already marginalizes these groups. Therefore, more significant pressures to seek MAID will impose an undue burden on their absolute moral worth. This slippery slope has the potential to fuel greater mistrust between vulnerable groups and public policy.

Since the arguably major problem of legalizing MAID for non-terminally ill individuals is the slippery slope encouraging suicide and furthering discrimination, policy officials should closely examine how such existing laws have played out in the Benelux nations. Medical aid in dying still has profound benefits for individuals suffering from intolerable pain, both terminal and non-terminal. It is also crucial to acknowledge the subjectivity in determining when non-terminal suffering is intolerable or when mental illnesses are untreatable. Officials must implement comprehensive and researched safeguards to eliminate possible errors, misuse, and abuse. Already, extensive assessments, medical opinions, and waiting periods are required for those with non-terminal illnesses seeking MAID.

Translational law based on evidence-based practices will hopefully eliminate subjective interpretation and enable practitioners to best respect end-of-life dignity while ensuring against misuse for non-terminally ill patients. Additionally, intensive collaboration and education are needed to reduce stigmatized views of those living with mental illnesses or disabilities to prevent the felt burdens to society. A human-rights-based approach that supports illness and disability inclusion by encouraging counseling, support, and community services will help protect these vulnerable groups from feeling pressured to pursue MAID while upholding end-of-life dignity and overall bodily integrity. The expansions of MAID to the non-terminally ill and those using it exclusively for mental illness are justified only if societal safeguards that express the value of those with physical and mental illness are well broadcasted, and stigma plays no role in each case.