The United States criminal justice system is antiquated and ineffective. Racial discrimination, mental illness, sexual and physical assault, high recidivism rates, and brutality among correctional officers and inmates alike plague our nation’s jails and prisons. Shamefully, the Rikers Island jail complex here in New York City stands as an embodiment of many of the failings pervading this derailed institution.

To address this problem, Mayor de Blasio, Governor Cuomo, and a coalition of criminal justice reform activists have expressed support for various efforts to close the Rikers Island jail complex, which include the #CLOSErikers campaign and the Independent Commission on New York City Criminal Justice and Incarceration Reform, hoping that such a decisive measure can empower NYC to lead the nation in criminal justice reform. However, as a weekly volunteer at Rikers, and a staunch prison reform advocate, I have trouble envisioning the current plan as anything but a distraction from other solutions that must be implemented in order to achieve sustainable improvements.

Proponents of the Independent Commission’s plan support the reduction of NYC’s incarcerated population from ten thousand down to five thousand, so that proposed replacement facilities can have lower inmate capacities than Rikers Island. The Independent Commission put forth a report in late March 2017 outlining the replacement of Rikers Island with new facilities in each borough, hoping to dramatically reduce transportation costs and increase operational efficiency. The campaign’s aspirations to reduce inmate populations and cut long term costs would indeed resolve two important challenges. However, the exorbitant and time-consuming plan ($10 billion over ten years) addresses these concerns at the expense of so many other pressing issues.

To be clear, I am not inherently against the shutdown of Rikers Island. Instead, I criticize the Independent Commission’s current effort to do so because it prioritizes a symbolic victory, by means of physical relocation, above the alleviation of deep-rooted, cultural insufficiencies, that must be addressed regardless of where NYC’s jails are located.

The Independent Commission’s plan does acknowledge concerns related to insufficient mental health treatment, excessive amounts of pre-sentenced inmates, and brutality in the criminal justice system. It clearly communicates its desire “To advance the fundamental values of dignity and respect” for both inmates and correctional officers. Nonetheless, mitigating these concerns is not contingent upon the shutdown of Rikers Island.

Current campaigns to close the jail complex, including #CLOSErikers and the Independent Commission, overlook the fact that the system it hopes to reform is comprised of individuals who will continue to experience real, tangible suffering in the interim period before their needs can even begin to be adequately addressed in new facilities. If the campaign hopes to deliver justice to the criminal justice system, human beings cannot be afterthoughts to buildings. Therefore, we need a reform plan that not only focuses on long-term restructuring, but one that recognizes and seeks to improve the well-being of individuals. The daily pain of both inmates and correctional officers is a poison to their personhoods, not merely an anecdote or statistic indicative of a broken system.

New York City faces a pandemic of injustice. In the Rikers Island jail complex, foty percent of inmates have been diagnosed with mental health concerns. Astoundingly, prisoners at Rikers wait an average of fifty-nine days for trial, which in certain cases has stretched to several years. Moreover, according to a report by the Independent Commission, nearly ninety percent of NYC’s incarcerated population is black or Hispanic, while the US Census Bureau reports that these demographic groups constitute only 54.1 percent of the city’s total population. Within the Rikers Island confines, countless incidents of sexual and violent assault have been recounted. The brutality has not been limited to inter-prisoner interactions, as many correctional officers have filed lawsuits against abusive prisoners, while others have been accused of perpetrating or encouraging violence towards prisoners themselves. Perhaps the most disheartening statistic is that forty-two percent of inmates in NYC are re-imprisoned within three years of their release.

The data speaks for itself.

The victims of Rikers Island are in need of mercy.

Rebuilding facilities and transporting many of the same correctional officers and inmates to new locations will not reinvent a culture rooted in fear, misunderstanding, and aggression. It would be ill-advised to invest ten years of time and $10 billion to a cause that leaves so many other challenges unresolved upon its completion. The intentions of the campaign are noble, yet its ranking of priorities is negligent.

The grave problems plaguing NYC’s incarceration culture require as much attention and as many resources as our city’s community can allocate. Mental illness must be addressed through improved access to mental health treatment and destigmatization efforts. The right to a speedy trial must be ensured by regulating a court system that currently has little incentive to organize itself and grant defendants this constitutional right. Racism in criminal justice is a deep-rooted and challenging issue, but increased funding for education in marginalized communities and efforts to reduce discriminatory police practices will go a lot farther than the relocation of a jail. Sexual molestation and physical abuse are also complex issues, yet they undoubtedly could benefit from new training programs for correctional officers that seek to foster less confrontational environments. Lastly, recidivism stands as a blatant manifestation of the reality that the criminal justice system is failing to prepare inmates to re-enter society as contributing citizens, and desperately needs to be overhauled.

So while closing Rikers may represent the acknowledgement of an infectious disease, it also diverts far too much time, money, and passion to a cause that fails to repair wounds that will continue bleeding not only while the construction occurs, but long after new facilities are erected.

New Yorkers: if we genuinely hope to tackle the toxicity and ineffectiveness of the criminal justice system, we need a plan that prides itself on much more than a bulldozer. 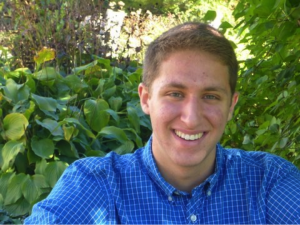 Jacob Naimark (CC'20) is studying Economics and Environmental Science. On campus, he is the Vice President of Columbia Outdoors Club, sings in Columbia’s jazz a cappella group, Uptown Vocal, and is an active member of the Columbia/Barnard Hillel community. Off campus, he dedicates himself to public service through volunteer work with Harlem Grown, tutoring at Rikers Island Jail Complex, and an internship with New York State Senator Brad Hoylman.