Why do we eschew being humiliated? For the same reason we might avoid spoiled milk or fresh roadkill: it makes us feel bad. At first glance, Wayne Koestenbaum, in his essay “The Jim Crow Gaze,” agrees. He seems to denounce humiliation through an entirely antipathetic analysis of different scenarios of humiliation. Throughout the essay, Koestenbaum uses powerful and aggressively hostile language to describe both the perpetrators of humiliation and how humiliation makes him feel. He calls the face of the humiliator the Jim Crow Gaze, one of “coldness, deadness, nonrecognition” that sees a human as only a “scab” (33). He describes Gertrude Baniszweski, his “archetype of moral imbecility,” as having a “thin, watchful . . . cruel face,” one of “living deadness” (34). Witnessing humiliation, even on TV, makes him feel nauseated. He says it’s “horrifying” and “impossible to watch” (29). He even defines humiliation as analogous to rape: an unwanted penetration into the human body (28-29).

However, a glaring problem arises when one compares the criticizing language that Koestenbaum has cultivated throughout the essay towards humiliation, to the project that he tries to fulfill. In one section, Koestenbaum raises a question that serves to illustrate this tension:

Why am I trying to figure out who felt humiliated, as if this were a psychology experiment? Instead, I should argue for the worldwide eradication of humiliating situations. Writing, I occupy a humiliated position: the voice on trial. When someone speaks, or writes, that person’s voice is held captive by the laws of language, and by the demands of the listener. (28)

The answer lies in recognizing the experiences that we as readers bring to Koestenbaum’s essay. When I first read this essay, I was convinced that by introducing the Jim Crow Gaze, Koestenbaum was attempting to call upon society to recognize it and eradicate those horrible instances of humiliation. I soon realized that this conclusion is only the byproduct of my own painful experiences with humiliation. I wanted to see Koestenbaum’s essay as a denunciation when in fact it is not. In this realization of how my own societal constructs influence my view of the essay lies the heart of Koestenbaum’s project: recognizing the intense negativity surrounding humiliation, he challenges our natural instinct to rid ourselves of humiliation, instead illuminating how it can be both horrible and necessary, nauseating and useful. It is human to shy away from being humiliated. However, Koestenbaum shows that it is more human still to question society’s visceral flight from being humiliated.

Returning to the passage at hand, Koestenbaum questions his own project, comparing what it is (an analysis of who is being humiliated) to what it should be—that is, a call to eradicate humiliation. He recognizes that our own innate repulsion to being humiliated leads to an obvious desire to eliminate the feeling altogether. However, instead of exploring his project’s failure to denounce humiliation, Koestenbaum ponders how writers are inherently humiliated by the nature of their craft. Writing is not inherently bad—it is a useful and transformative aspect of the human identity; Koestenbaum is himself writing to address the issue of humiliation, after all. However, writers are always held to the judgment of their readers and the “laws of language,” both of which if not appeased will cause the humiliation of the writer. By illuminating the humiliation inherent in writing, Koestenbaum suggests that an end to humiliation should not be our goal, that being humiliated in writing, at least, is both necessary and useful. Just because we want to shy away from humiliation doesn’t mean we should.

In other instances in the essay, amid the critical language towards humiliation, Koestenbaum advances the case that humiliation is inevitable. When Koestenbaum points to electroshock as a conduit for humiliation (after all, it is the unwanted “intrusion” of electricity into a defenseless body), he makes sure to qualify his observations: “I’m not adjudicating the value or toxicity of electroshock—for that verdict, ask a psychoneurologist” (29). Koestenbaum admits here that as a treatment electroshock’s positive or negative value is not his focus. Rather than considering whether electroshock should be eliminated as a treatment, Koestenbaum focuses on the fact that as a treatment it inevitably causes humiliation. In the same way, when Koestenbaum discusses technology as a humiliating force, he asserts that today’s new technology “secretly work[s] to deaden, or desubjectify, the human voice.” Elsewhere, however, he contextualizes that observation: “The same could have been said about the telegraph. Or the typewriter” (31). Although he calls technology a humiliator, he admits that technological progress—and its accompanying humiliation—is inevitable. There is no outright condemnation of electroshock therapy or technology. In both instances, his critical language about humiliation is balanced by his grudging acceptance of the fact that being humiliated—by writing, by electroshock, by technology—is inevitable and human.

As difficult as might be, if Koestenbaum is arguing for the necessity of the humiliated, he must also be arguing for the necessity of the Jim Crow Gaze, that monstrous, deadened face that causes humiliation in its victims by refusing to recognize their humanity. He recognizes this fact when he declares quite suddenly that he “want[s] to hit the topic—humiliation—head-on, rather than deflect it by listing instances of humiliation” (35). It is here that we gain a clue to Koestenbaum’s motive for writing. He doesn’t just want to observe instances of humiliation, he wants to “stare into those [Jim Crow] eyes” (35). He wants to understand the humiliators, and why humiliation’s inevitability must lead to the perpetuation of such a monstrous gaze. He questions what kind of person—“the Nazi? The near Nazi?” (35-6)—would allow themselves to peer through the Jim Crow Gaze and humiliate. And he offers a clue, quietly inserted in the form of a parenthetical: “(One needn’t be a mass murderer to be a humiliator)” (36). In other words, those who cause humiliation are not necessarily evil people—the inevitability of the Jim Crow Gaze does not mean the inevitable creation of monsters. The Jim Crow Gaze may be necessary, and it may or may not be necessarily evil.

If those with Jim Crow Gaze are not inherently monsters, then the results of the humiliation from the Jim Crow Gaze do not have to be monstrous. A few pages later, Koestenbaum shows how humiliation necessarily occurs—and perhaps even provides utility—in a paradigm that almost every member of his audience has encountered: the classroom. He demonstrates how the Jim Crow Gaze can manifest in someone vividly human, grappling with uncertainty, but certainly not a monster: himself, the teacher. The passage begins with the provocative question “Is education possible without humiliation?” and then goes on to ruminate about what humiliation in the classroom could mean for different students (38). Finally, he comes to the troubling conclusion: “Fact: I probably humiliate my students every day without knowing it” (38-9). Asking whether education (fundamentally a good thing) would even be possible without humiliation begs the answer “no” because any grade, whether an F for a mediocre student or a B+ for a perfectionist, can be humiliating, according to Koestenbaum (38). A teacher must grade her students according to ability, choose which students to call on, impose “gentle discipline” on a class—any such scenario able to evoke the “corrosive sensation” of humiliation (38). A teacher cannot choose not to grade her students without losing her job, so students can (struggle to) learn without the motivation of humiliation. In this instance, Koestenbaum has shown not only that humiliation is inevitable in a classroom, but also that it is necessary and useful for students to experience. He has shifted our perspective of humiliation—and the Jim Crow Gaze—so we perceive them not as forces to be eradicated, but as tools with utility.

Returning to the fundamental question Koestenbaum himself asks: why does he construe his subject, humiliation, so antagonistically, yet never come to denounce it? The natural human instinct would be to rid ourselves of such a terrible sensation. But in refusing to condemn humiliation, Koestenbaum is questioning society’s impulse to eliminate humiliation because it makes us feel bad. By staring into the eyes of those with the Jim Crow Gaze when all others would look away, directly comparing the most horrifying acts of cruelty with the most everyday acts, such as writing, learning, and using technology, Koestenbaum shows us that the cold, deadened mask will not ever go away. The best we can do is recognize its inevitability and try our best to find the utility in the moral deadness. By definition, the humiliated are unhuman, desubjectified in the eyes of those with the Jim Crow Gaze. However, when the desubjectified learn to not avoid humiliation and instead recognize its inevitability and utility, perhaps they can be resubjectified. By embracing that horrifying feeling rather than running away from it, we affirm that we are writers and students. Transcending the visceral and societal instinct to run away from humiliation and find the silver lining . . . that is the mode for being human. 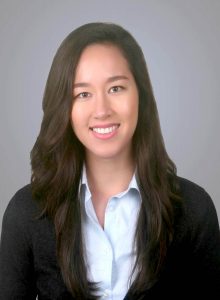 Kyelee Fitts (CC'20) is a sophomore in Columbia College studying Applied Mathematics. In addition to working in a computational biology lab, she is also a Columbia Outdoors Orientation Program leader and member of the sailing team. She considers her two greatest passions to be reading and writing. Kyelee grew up in a military family and spent seven years stationed in Seoul, South Korea.