In its opening lines, Jamaica Kincaid’s essay “In History” announces that its project will be to interrogate not only the definition, but also the personal stakes of history. Kincaid’s vantage as an Antiguan-American, dislocated from ancestors who had been “emptied” from their homeland by disruptive European imperialism, is essential to establishing her perspective in this endeavor (7). But at the first level of analysis, it seems that Kincaid’s postcolonial critique has merely mimicked the same process of deracination performed by her two white male poster children of the globalist West, Christopher Columbus and Carl Linnaeus. Thus, the reader is presented with a trio of thematically related “emptyings”: in Linnaeus’s case, it is the separating of plants from their folk names that informs Kincaid’s gardening interest, and in Columbus’s, it is the severing of indigenous peoples from their lands and cultures that informs Kincaid’s past, and finally in the case of Kincaid’s own essay, it is that detachment of narrative from traditional history that she intends to inform her present.

Yet the essay’s presumed structure, evoking a Venn diagram that tightly sandwiches Kincaid between Linnaeus and Columbus, is complicated by the presence of one distinct passage that seems to upend it. This particular passage gestures both explicitly and implicitly towards a very divergent reading of Kincaid’s true intent in “In History.” Primarily, it affirms that Kincaid is not merely performing the same task as Columbus and Linnaeus, but it is also actually challenging her reader to develop the same skeptical approach that generates her anti-historical reasoning.

The outlying passage that informs this new understanding of “In History” both blatantly acknowledges the initial inconclusiveness of Kincaid’s writing and motivates the reader to wade in and perform new analytical work:

And even as a relationship exists between George Clifford’s activity in the world, the world as it starts out on ships leaving the sea ports of the Netherlands, traversing the earth’s seas, touching on the world’s peoples and the places they are in, the things that have meant something to them being renamed and a whole new set of narratives imposed on them, narratives that place them at a disadvantage in relationship to George Clifford and his fellow Dutch, even as I can say all this in one breath or in one large volume, so too then does an invisible thread, a thread that no deep breath or large volume can contain, hang between Carolus Linnaeus, his father’s desire to give himself a distinguished name, the name then coming from a tree, the Linden tree, a tree whose existence was regarded as not ordinary, and his invention of a system of naming that even I am forced to use? (7).

What immediately jumps out is Kincaid’s use of the metaphor of the “invisible thread,” which functions as a wink to her reader, an artful gesture that there is a tacit key to correctly reading her essay. With this move, Kincaid is both drawing her readers in, encouraging them to engage in a kind of detective work to unspool the thread, and pushing them away, denying that the twisty, serpentine nature of this thread could ever be contained in an oral or written tradition—“even as I can say all this in one breath or in one large volume.” Already, Kincaid has established an inherent restriction within the field of history—this unaccounted-for thread.

Beyond introducing the thread, this passage also serves as a rhetorical critique of conventional notions of authority and credibility, formatted in such a way that it erodes a reader’s prior assumptions. History is often painted in broad strokes as a cascading series of cause and effect. This framing device for historical inquiry is useful because it moves beyond a rote recitation of commonly understood truths and begins to shape the discipline as loam that can be fertilized by critical thinking. But Kincaid’s first hint that she aims to break down this understanding and assess its uses and limits is the run-on quality of this passage, which is after all only one sentence. This construction is meant to subtly disrupt the governing logic of English syntax. This mirrors the key problem Kincaid identifies in conceptualizing history as chains of causality, namely that they, like grammar, are not free of a privileging system; they have narratives attached to them, narratives which through the very nature of the events they hope to describe were and continue to be inequitable. Her example in this passage then directly articulates this by comparing the prejudiced state of the native peoples with the partiality shown by history books to the Dutch and other European colonial conquerors. While this passage serves as a workable encapsulation of Kincaid’s own emptying, it is not her only mission.

Kincaid has performed this separation of the narrative from history not only to serve her own sense of reparative justice but also to raise further questions about her topic. She indicates this by suspending the invisible thread between the poles of Linnaeus, as a social entity, and the linden tree, a natural feature, an ambiguous connection that in no way echoes the relative simplicity of the Venn diagram-like structure that defines her essay as a whole. Kincaid is not just interested in showing the gross inequalities that can manifest within the telling of history, she is interested in demonstrating how its appearance is an abstraction—making it unreliable as a medium for articulating identity.

The conclusion to this passage references “a system of naming that even I am forced to use,” another meta-flourish that extends the essay beyond the limits of its author’s own emptying. Its effect is to slyly induce the audience to re-read with an eye for moments in which Kincaid has subtly pushed her reader to think skeptically about how unseen systems frame one’s means of self-expression. “In History” is not going to be thrilling reading for everybody, precisely because of the degree of difficulty of the task that Kincaid has set for herself. To the reader who is less than willing to extend the same respect for Kincaid’s personal experience that she herself allows Columbus and Linnaeus, the essay will register as frustratingly opaque. This is partly due to the linguistic limitation imposed on Kincaid by her project; she often uses fairly simple adjectives or scrambles the meaning of common words, in order to avoid the familiar connotations that accompany words like “discover,” “green,” and “New World” when used in relation to the historical events that are being examined. But more importantly, Kincaid is making a purposeful effort to keep the reader at arm’s length by not being overly straightforward about her goal. Otherwise, she would be guilty of the same “simplicity of . . . beliefs” that she affixes to Columbus (4). She seeks to make her argument more complicated to provoke her reader to consider the matter as skeptically as she does.

With this in mind, it becomes crucial to note where Kincaid has planted the seeds of anti-historical reasoning within her essay, because they serve a didactic function for her reader. In hyper-specific asides that break the rhythm of the essay, Kincaid brings up minutiae that serve as her most concrete examples of anti-history. She chooses to interrupt her lengthy biography of Linnaeus suddenly, confronting the reader with the stark observation, “Linnaeus’ father had a garden. I do not know what his mother had” (5). The use of the word “had” is fascinating because it urges the reader to consider not just patriarchal systems of property ownership, but the kind of inner life that would have animated a woman who, in the standard historical account, is voiceless. With this approach, Kincaid is becoming a retributive analogue for the Dutch ships setting out or Linnaeus in the greenhouse, flipping on its head the notion “the things that have meant something to them being renamed.” It is clear that her anti-history is not a new order, it is a purposeful disorder, akin to an uprooting. Her reader is intended to grapple not with the literal consequences of gardening, but its metaphoric significance: that history is not the well-tended garden that it appears, but a disarrayed wilderness strewn with fallen and triumphal growths locked in a Darwinian struggle for survival.

Another example of this kind of anti-historical reasoning is when Kincaid references what must be a trivial moment in Linnaeus’ story, a photograph of him wearing the “costume” of the indigenous Laplander peoples (or cultural appropriation in modern parlance). Kincaid uses it to meditate on the possibility of other histories that she herself cannot understand: “Suddenly, I am made a little uneasy, for just when is it that other people’s clothes become your costume? But I am not too uneasy, I haven’t really entered this narrative yet, I shall soon, in any case I do not know the Laplanders, they live far away, I don’t believe they look like me” (6). In making clear her own limitations in reconstructing the personal experience of the Laplanders who are rendered as easily caricatured props in Linnaeus’s narrative, she is anticipating the difficulties that her readers will have in interpreting her own effort. Yet, as this seemingly innocuous detail testifies: one’s particular history should be their own wound to bear. Others may be able to see it, even empathize, but they are incapable of truly feeling its pain. If Kincaid can demonstrate this complexity to her readers, perhaps they can then perform their own uprooting. 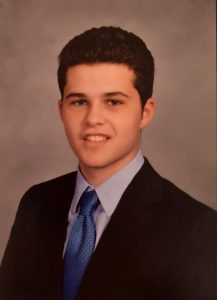 Matthew Wayland (CC'20) plans to double major in Political Science and East Asian Cultures and Languages. On campus, he is a Senior Editor for the Columbia University Journal of Politics & Society. He is originally from New York City.