David Foster Wallace, a writer and journalist, heads to the famous Maine Lobster Festival as a correspondent for a culinary magazine, Gourmet. He returns from his vacation with an essay titled “Consider the Lobster,” which poses a series of existential questions about the ethics of eating animals. Wallace establishes the expectation that the Maine Lobster Festival would be “joyful” (1), with descriptions of contests, lobster-themed memorabilia, and a seemingly infinite variety of lobster treats. However, he soon dismantles this very expectation: he spends the bulk of the essay discussing lobster physiology and ruminating on whether the lobster could feel pain. “Consider the Lobster” culminates in a series of moral questions that corner us into evaluating our anthropocentricity.

The beginning of the essay hardly hints at the head-spinning journey that Wallace is about to embark upon. He starts off innocently enough: he makes the lobster seem neither interesting nor sympathetic. From the get-go, Wallace refers to it as “Homarus americanus,” a “benthic carnivore,” and an “aquatic arthropod” (1). Assuming that the general reader of Gourmet is no expert in taxonomy, the jargon distances the audience from the lobster by putting it under the scrutinizing, objectifying lenses of science. He then draws a parallel between bugs and lobsters. He says that the name “lobster” comes from the words “locust” and “spider,” and lobsters are “giant sea-insects” (1). The descriptors become more nasty, and he says lobsters are “not nice to look at,” are “eaters of dead stuff,” “sometimes [eat] each other,” and “might as well be from another planet” (1). He even says that they used to be seen as a “smelly nuisance” (2). His preoccupation with the lobster’s appearance, eating habits, and blatant alienness serves to other the lobster: not only is it boring and insect-like, it is also strange and unrelatable. It is a little barbarian of the sea.

Luckily for us humans, the lobster is also high in protein, low in cholesterol, and can be prepared in a myriad of ways: “baked, broiled, steamed, grilled, sautéed, stir-fried, or microwaved” (3). It’s “posh, a delicacy”: rich, yet subtle (2). He lingers over the cooking contest portion of the festival, where contestants pay homage to the tasty creature by creating recipes for soufflés and other elaborate creations. Even when unceremoniously served in Styrofoam and NyQuil-sized cups and enjoyed on the overcrowded wooden benches of the festival, the lobster is still delicious. Wallace transforms the lobster into a luxurious, expensive treat, and the Maine Lobster Festival’s noble mission is to make it more accessible.

If Wallace’s purpose is to ask us to consider the lobster, so far he has not succeeded. His preoccupation with the lobster’s deliciousness reflects how most people think of lobster, if they give it much thought to begin with. However, Wallace makes a sharp tonal shift halfway through, and the lobster suddenly is no longer the sea barbarian nor the hard-to-access delicacy. He reveals that the lobster is remarkably similar to mammals and feels pain. If he wants us to have sympathy for the lobster, then why does he spend so much time othering it in the first place? To answer this question, we need to consider the rest of the essay, where he elicits sympathy for the lobster by anthropomorphizing it. By first echoing the attitude that most people use to rationalize animal consumption, he provides an accessible starting point from which we can problematize those rationalizations.

Wallace relies again on scientific jargon in a parallel to the beginning of his essay, though now the jargon depicts lobsters as complex, sentient creatures. He painstakingly describes lobster physiology to show that they will not feel indifferent about being boiled alive. He presents evidence that they may, in fact, feel more pain than humans. They have “an exquisite tactile sense, one facilitated by hundreds of thousands of tiny hairs,” and they are even more vulnerable than mammals because their “neurological hardware” does not have the “built-in analgesia” to mitigate it (6). This time, when using scientific jargon, Wallace creates sympathy for the lobster as opposed to distancing it.

Outside of basic biology, we learn that lobsters also have preferences. Not only do they register the pain associated with being boiled alive, microwaved, or stabbed between the eyes, they definitely prefer not to undergo these treatments. They are known to migrate “100-plus miles a year” in order to find better water temperatures, which differ by only a couple of degrees (7). Since lobsters go out of their way to avoid the discomfort of a few degrees, they must be even more acutely aware of pain. Therefore, they actively suffer—both mentally and physically—when they experience it.

For those of us who are not at the Maine Lobster Festival watching 100-plus lobsters boiling in the biggest cooker in the world, a lesson in lobster biology is “abstract intellection” and would hardly elicit sympathy (7). To provoke our imagination, Wallace helpfully paints the scene common to any supermarket, where lobsters live under the “stresses of captivity” (3), as well as the scene at the Lobster Festival, where they “pile over one another,” “huddle” together, and “scrabble frantically back from the glass” (7). Those words can easily describe a group of scared humans, and Wallace does not shy away from the comparison: he claims they look “unhappy, or frightened” (7). Insects are not usually given the emotion of fear, much less the ephemeral quality of happiness. After having established that keeping the lobster in captivity is cruel, Wallace points the proverbial finger at those of us in front of a lobster tank, where “you can pick out your supper while it watches you point” (3). The lobster, now simultaneously an object and a judge, is impossible to ignore.

If keeping a sentient creature in captivity is bad, then boiling it alive is even more heartless. Wallace now brings the lobster even closer, into our own kitchens, where it meets its demise. He says the lobster “cling[s]” to the pot and “hook[s] its claws over the kettle’s rim,” not unlike “a person trying to keep from going over the edge of the roof” (5). Now, the lobster is not only a sentient, frightened creature; its behavior is almost human. In fact, it “behaves very much as you or I would behave if we were plunged into boiling water” (5). Wallace corners us—via the pronoun “you”—into using our full imaginations and empathy by picturing ourselves in the position of the lobster. Bit by bit, the lobster rises in the hierarchy of human imagination, from insect, to a cannibalistic barbarian, to a delicious meal, to a creature that feels pain, to a frightened animal, to a human, and ultimately—to “you or I.”

In “Consider the Lobster,” David Foster Wallace takes us on a journey that mirrors his own confusion: a chronicle of the uncomfortable process of confronting his anthropocentricity, which causes him to place his culinary preferences above a lobster’s pain and life. If he had started the essay with a call to sympathize with the lobster, we might have dismissed the message as hippie-ish, overly sentimental, and jarring. Wallace’s shift in tone ensures not only that we are aware of the cruelty of eating lobster, but also that we realize that our callous perspective has paved the way for this cruelty. Having provoked us to rethink our entire attitude towards animals, Wallace can now ask the hard-hitting questions: Is it ethical to eat animals that do not want to be eaten? What does it say about humanity that we make a spectacle out of what is essentially a giant slaughter fest? Is meat consumption justifiable when it is perfectly possible to be a healthy vegetarian? Wallace places his questions expertly in our minds, where they haunt us long after we finish reading the magazine. 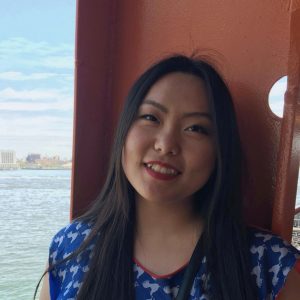 XingJian Li, CC’19, is a prospective major in Anthropology from China and Canada. She loves ethnography and is especially interested in studying social movements, consumerism, and elites. When not in class, she coordinates the Global Ambassadors Program, and off-campus, she serves as the deputy director for The WomanHOOD Project, a Bronx-based gender and racial justice non-profit.