Shaun Ross, an albino African-American male model, confidently struts down the illuminated catwalk in the latest pieces by designers from Alexander McQueen to Monsieur Belange (Hyman). Featured in Vogue Italia and New York Fashion Week, Ross has reached the pinnacle of modeling success while defying conventional standards of beauty (Vogue Italia; LeTrent). His popularity in the fashion world demonstrates the way society turns his intersectional identities into a marketable commodity. Then again, is he really transcending the marginalization of intersectionality if his success involves objectifying his differences? Ross’s evident achievement in the modeling world reveals intersectional oppression to be not only an explicit form of exclusion, but also a potential means of gaining popularity.

Ross’s race and skin disorder seem to put him at a double-disadvantage, directly in the “path” of intersectionality’s “collision” (Crenshaw 4). Kimberlé Crenshaw, the creator of the term “intersectionality,” comments that it is “the idea that if you’re standing in the path of multiple forms of exclusion, you are likely to get hit by both” (4). Using terms such as “accident,” “collision,” “path” and “hit,” Crenshaw strictly focuses on the damaging consequences of an individual’s combination of differences. However, Ross’s success as a model defies Crenshaw’s idea of the inevitable, detrimental crash of exclusion that results from having intersectional identities. While his albinism and race made for a trying childhood of verbal and physical abuse, he turned his obstacles into an advantage. Ross’s case shows how Crenshaw’s notion of intersectionality only takes into account the negative side of differences, seeing only exclusion and discrimination instead of considering the multiple outcomes that can result from the “collision.”

In fact, Ross’s success actually relies heavily upon his differences; as a model, he capitalizes on his easily distinguishable appearance. In her article, “Casting the outcast at Fashion Week,” CNN reporter Sarah LeTrent attempts to explain his success: “Ross arrived on the scene just as the modeling industry is abuzz about what it means to be beautiful” (LeTrent). As casting directors began hiring models outside the stereotypical mold, Ross appeared and offered them an invaluable chance to hire a spectacularly unique model to become their poster boy for progress and diversity in the world of beauty. He has already achieved a high profile in the entertainment business, not only as a desired model but also as an actor in music videos for Beyoncé and Katy Perry (LeTrent). Recently, when asked if he would ever undergo a color correction treatment, he said, “Nope . . . because if I was to change my color, I’d probably look like you” (Vogue Italia). He has revealed that he is proud of his differences, acknowledging that they characterize him and contribute to his success. Giving up his intersectional identities would mean giving up a marketable distinctiveness that is currently in high demand.

Can it be that Ross’s intersectional identities actually provide him with an unfair advantage over other models? Do his differences place him on another level, where he no longer competes with the majority of typical modeling candidates? Crenshaw discusses the idea that intersectional identities have the potential to elevate an individual over the rest of society, mentioning the “fear” that the legal court has toward black women who may unite many differences under one banner and become “unfairly advantaged as some sort of superclass” (Crenshaw 5). Groups, such as black women, with intersectional identities threaten mainstream society with the potential power of using their disadvantaged state to justify anything. Therefore, in order to maintain the status quo, society tends to suppress the possibility of this “superclass” through discrimination and marginalization. Crenshaw argues that this reflex, caused by an irrational fear, only exacerbates the real problem: the increasing oppression of people with intersectional identities. Ross challenges Crenshaw’s viewpoint, however, by capitalizing on the special attention afforded to his differences without dealing with the backlash of society’s “fear.” The high demand for his “look” and his popularity on social networks have made it clear that society actually promotes Ross as part of this “superclass” (LeTrent).

Yet does the special attention afforded to Ross reveal a move toward diversity and equality, or might it instead reflect society’s heightened acuity toward his differences? Even though the fashion world is always trying to push the boundaries of what is beautiful, it is, ironically, notorious for its lack of racial diversity. In his recent article for The New York Times, “Fashion’s Blind Spot,” Eric Wilson reveals how racism is still prevalent in the fashion industry today. He reports that when models go for casting, some companies inform them, “We already have our black girl,” revealing how they are simply attempting to appease the critics who accuse them of racism, rather than sincerely moving toward diversity (Wilson). This “tokenism” extends to Ross’s situation; however, his albinism complicates his case (Wilson). While he fulfills the requirement of being African-American, his skin is white. Thinking skeptically, the casting directors could even see him as an opportunity to meet their racial diversity quota with a seemingly white model. Yet when criticized, they could easily reply that they are promoting not only his race, but also his skin disorder. Tavia Nyong’o, a New York University professor who writes about performance and race, touches upon the idea of white supremacy in his article “The Unforgivable Transgression of Being Caster Semenya.” He identifies Western society’s tendency to almost militaristically impose its standards of physical normality upon the rest of the world as a form of “imperialism,” arguing that there is a narrow standard of beauty that oppresses all other types and differences (Nyong’o 96). This idea of aesthetic “imperialism” is especially applicable to the fashion world today, as many companies are now under fire for their discrimination against models of color and for their partiality toward typical white models (LeTrent). While it is impossible to determine the motives behind the people who have enabled Ross’s success, his obvious differences make him a convenient token face for diversity during a time when the fashion industry is actively fighting against the stigma of “imperialism.”

Ross’s achievement does not solely depend on casting directors, however; it also depends on the general public’s reception of him. While people might initially seem progressive in pressuring modeling agencies to diversify their models and in supporting Ross, their fascination with him may also reflect a regressive tendency to find entertainment value in exhibiting physical differences. In his article commenting on the controversy surrounding Caster Semenya, Nyong’o compares her case to that of Saartjie Baartman, “the nineteenth-century Khoisan woman who was exhibited throughout Europe as a sexualized monstrosity” (Nyong’o 96). Citing Rachel Holmes’ historical study, Nyong’o describes Baartman’s humiliating experiences: “White audiences guffawed, prodded and poked at her exposed body, which they laughingly demeaned as that of a ‘Hottentot Venus’: the inverse of European standards of beauty” (Nyong’o 96). With dehumanizing terms like “exhibited,” “guffawed, prodded and poked,” Nyong’o highlights the extremely inappropriate and disrespectful manner in which the Western world treated Baartman. By describing the degrading references to Baartman as “a sexualized monstrosity” and “Hottentot Venus,” he reveals society’s blatant disregard for her as a person and the narrowness of its definitions of what it means to be physically normal and acceptable. Like nineteenth-century Europe, the fashion industry constantly searches for people to showcase for the public. In her article about Ross, LeTrent includes the input of two prominent casting directors, Noah Shelley and Angus Munro: “This season, Munro and Shelley say that personality and quirk appeals because of the intensity of model turnover” (LeTrent). While they “try not to cross the line from quirk into novelty,” the fact that they mention “novelty” at all reveals that it is still a relevant issue (LeTrent). When the public grows accustomed to a certain “quirk,” the casting directors need to find another, equally shocking model as a replacement. It is almost as if a human being can go ‘out of style’ after a while. While today’s glamorized showcasing of models is far from the degrading exhibition of Baartman, there is still an underlying resemblance between these demeaning entertainments that has transcended time.

Despite the debatable reasons for his fame, Ross uses the attention to promote acceptance of all differences. And yet, ironically, his popularity may also work against his cause. Starting the inspiring campaign “#InMySkinIWin,” Ross initially promoted the acceptance of albinism, but has since broadened the scope of his message to “just loving who you are” (LeTrent). While his popularity is encouraging, Ross—even in his exceptional rarity—may overshadow the invisible masses still struggling under the oppression of multiple difference barriers. Crenshaw discusses this problem of public figures whose success does not reflect the success of their people group. She mentions how celebrities like Beyoncé and Star Jones are not representative of all black women, arguing that “it is a mistake to take a small unrepresentative sample to stand in for the whole group” (Crenshaw 6). Similar to Beyoncé and Star Jones, Ross, with his singular success, cannot accurately reflect the progress of either black or albino people, as he is one anomaly who made it out of two invisible crowds. In fact, the media’s special attention to Ross’s success reveals how much progress still needs to be made in order for people of his same differences to overcome intersectional marginalization.

While Ross’s success in modeling challenges Crenshaw’s notion that intersectionality produces only forms of exclusion, there is a sinister underside to his popularity. The gradual diversification of the fashion world that he represents, however, is undeniably encouraging, exhibiting progress toward the elimination of exclusion for people with multiple differences. Visual exposure to models like Ross allows the public to familiarize themselves with the unconventional side of beauty; it helps society become accustomed to, and perhaps even appreciative of, differences. Ross challenges the public to reassess its standards of physical normality, declaring, “I was always the outcast, but a confident outcast . . . I just had to accept it. I’m going to be me; either you’re going to accept it or you’re not” (LeTrent). Ross models just how beautiful acceptance can be, and it is up to the public to pick up the trend. 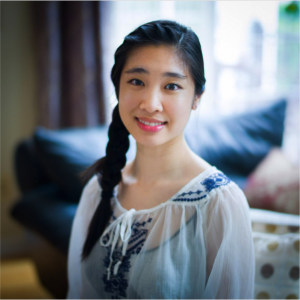 Emily Lau (CC’17) is majoring in English and Comparative Literature. A New Jersey native, Emily has always had a deep and abiding love of books. Her favorite childhood series is C.S. Lewis’s The Chronicles of Narnia, and she continues to be a fan of the fantasy genre. At Columbia University, she is a volunteer for Artists Reaching Out, an editor for Columbia Crown and Cross (Journal), and a member of Columbia Faith and Action.