Hypothetical analogies have never held much credibility as rhetorical devices, and anecdotal evidence cannot usually be trusted as fact. Imagine, for instance, if the suspect in a criminal investigation were to proclaim his innocence using a fable. The jury members would not be likely to exonerate him—in fact, they might even chuckle at the absurdity. As a rule, those who wish to convince others of a certain point should not use imaginary scenarios as evidence. It seems paradoxical, then, that Walker Percy, in “The Loss of the Creature,” turns to speculation to prove his position.

In his essay, Percy contends that people can no longer view their experiences purely; he uses hypothetical situations to illustrate the dangers of pre-conceived notions. Percy denounces the way that people have given up their sovereignty, their ability to determine the value of events in their lives, to a select few “experts,” resulting in a “loss of the creature”—even though he himself, as the writer of the essay, could be considered one of those experts. And yet, while this contradiction might seem to undermine Percy’s reliability, it actually enhances a purposefully self-deprecating essay. Percy designs his narration so that readers can make their own sovereign decisions at its conclusion. “The Loss of the Creature” is not the kind of proof a typical “expert” would use; rather, it presents a series of situations that lead readers into creating their own opinions about Percy’s topic.

One such situation describes the hypothetical plight of a hypothetical sightseeing couple. The two experience a unique cultural event, but are unsatisfied until and unless, through it, they gain the approval of an expert in the field—they want an ethnologist to confirm that their experience was indeed special (Percy 2-3). Percy then expands this concept into a wider problem, lamenting the layman’s dependence on the expert and the consumer’s self-imposed loss of sovereignty. Percy bases his claim on an example made up by none other than himself, a strategy that gives his audience reason to question whether the example is too contrived. Even within his own scenario, Percy seems to lack credibility. He contradicts himself when he questions the sightseer couple: “We wonder if there is not something wrong in their dislike of their compatriots. Does access to the place require the exclusion of others?” (2). This comment is innocent enough on its own, but becomes confounding when we apply to it an earlier statement Percy makes: “If the place is seen by a million sightseers, a single sightseer does not receive value P but a millionth part of value P” (1). Percy simultaneously claims that “others” make a sight less valuable, but it is wrong to seek their exclusion. Readers can see the hypocrisy in this connection.

And yet, closer examination reveals that Percy sacrifices his ethos for a purpose. Percy later praises the Falkland Islander who finds and examines a dogfish out of curiosity over the student who mechanically dissects a specimen handed to her: “He too could use an instructor and a book and a technique, but he would use them as his subordinates” (4). When Percy allows his own trustworthiness to be scrutinized, he does so to ensure that his readers will not simply follow his doctrine mindlessly. He allows them to use his ideas as their “subordinates” while they “come to [themselves] not as . . . consumer[s] of experience but as . . . sovereign individual[s]” (6). Though Percy could be considered an “expert”—notice how he says that the experts are never to blame—he wants to make sure that he does not cause the very “loss of the creature” that he stands so firmly against.

Percy thus guides us through his thought process instead of forcing us to accept it. He starts his story about the sightseers with the phrase “let us take an example,” and continues to use “we” throughout: “we may distinguish,” “we see,” “we understand,” “[w]e have a clue” (2). By grouping the reader with himself, Percy takes the role of a friendly tour guide instead of a cold, all-knowing entity. Each of us is the “layman” of whom Percy speaks, and so he puts his essay in secret layman’s terms, conversing with us using scenarios that we can understand. As he writes, “If we look into the ways in which the student can recover the dogfish . . . we will see that they have in common the stratagem of avoiding the educator’s direct presentation of the object as a lesson to be learned” (5). It is therefore not strange at all that Percy should use hypothetical analogy, an indirect and subliminal way of teaching, rather than “direct presentation.” What looks at first to be speculation reveals itself to be a form through which Percy can express his most powerful points.

Nevertheless, there are times when Percy’s rhetoric sounds like the language a scientist might use. He occasionally incorporates terms such as “symbolic complex” (1) and “prototype” (3), which resemble scientific jargon. At these times, he risks sounding like the ethnologist or the biology teacher, like an “expert” who uses complex, unfamiliar vocabulary to educate through intimidation. But because the essay as a whole reads more like a fictional text than a factual one, these moments of seeming pedantry serve as a contrast to his parable rather than as the lesson itself.

And indeed, “The Loss of the Creature” has many moments of whimsy, times when Percy reaches out to the reader in a way that defies the strict formality of scientific writing. He writes with exclamation points, colloquialisms, and drama; in the story of the tourist couple, he transitions from the setup to the action with a phrase typical of storytellers: “Let us see what happens” (2). He inserts dialogue, imagining what his fictional characters might say: “‘There we were expecting the chief to bring us a churinga and he shows up with a Sears catalog!’” (3). He even begins his essay with an exceedingly poetic phrase, “Every explorer names his island Formosa, beautiful,” thus establishing that what he wants to convey is more sentimental than technical, directed more toward feeling than understanding (1).

Accordingly, Percy spins a story using rhetorical devices that match his purpose; he uses vivid imagery and figurative language that work just as they would in a literary piece. In an extended metaphor commenting on the value of unique experience, he uses words related to money, such as “gold-mine” and “generosity” (3). Through the words’ connotations, he shows how the two tourists wrongly quantify the things they’ve encountered. Instead of appreciating the experience as they experience it, they see it as some kind of bartering chip that they can exchange for approval. They assume that “shar[ing]” it with their ethnologist friend gives them the right to say that they have found authenticity (3). The reality, however, is that the sightseers suffer what Percy views as “impoverishment,” the opposite of the riches they perceive themselves to have (3). Percy concludes his conceit with a stark statement: “The caste of layman-expert . . . is due altogether to the eager surrender of sovereignty by the layman so that he may take up the role not of the person but of the consumer” (3). At the end of a series of economic metaphors, Percy criticizes those who treat authenticity as something with a price tag. Experiences cannot be consumed as if they were material goods, and Percy makes that clear by alluding to money without literally stating it.

In addition to its effective use of figurative language, Percy’s hypothetical example also contains linguistic precision that serves another purpose: it nudges the reader in the right direction. For example, Percy describes the sightseers’ experience as “embalmed in memory and movie film” (3). Embalming is a process performed on the dead for preservation, so the word choice naturally and subtly conveys that the sightseers’ unique experience is not lived, though it might seem personal. Because the sightseers do not appreciate their experience in the same way that Garcia Lopez de Cárdenas appreciated the Grand Canyon, their stories of adventure are simply empty bodies wrapped with musty “movie film.” And the reference to “movie film” here recalls Percy’s earlier example of a typical sightseer’s sin, a tourist who photographs a view instead of enjoying it in the present. So, by taking a video of the Mexican corn dance, the tourist couple make the same mistake as the aforementioned sightseer, who “waives his right of seeing and knowing” (Percy 1). The two tourists think they have hit on something different from the rest, but with a few understated words, Percy shows us that they are just the same as all the others. Such careful diction and relatable storytelling characterizes Percy’s writing, which transcends the usual boundaries of nonfiction. Through the fictional example of the two sightseers, Percy targets those who have felt like the tourists before. He reaches out to an audience, like a performer displaying his art.

Art, after all, is a medium that contains the potential for recovery—that is, Percy believes that the arts can help a person see a sight for what it is, rather than what social constructs have set it up to be. As Percy mentions in one of his suggestions for recovering the Grand Canyon, “The dialectic is not known to objective theorists, psychologists, and the like. Yet it is well known in the fantasy-consciousness of the popular arts” (2). As an example, he notes how a movie can give a genuine view of the Grand Canyon by directing the main sight of the viewer in a different direction. This calls to mind the aforementioned reference to “movie film,” but this time Percy makes the film function differently; it takes on a fresh perspective, just as the person who sees the film attains a fresh perspective on the Grand Canyon. Percy fits form to content, and in fact his whole essay matches the frame of his movie example, which “accomplishes its purpose by concealing it” (Percy 2).

Percy’s essay emulates a parable, with a meaning that the reader must extract. It expresses a sentimental view of life and experience, one in which the individual ought to appreciate adventure without consulting another’s judgments. Percy structures his argument like a performance so that his critiques don’t interfere with the audience’s genuine views; he only encourages the reader to derive his or her own moral from the story, just as the first explorer of an island must truly access it to see its beauty. Paraphrasing Mounier, Percy affirms that “unless [the person] also struggles for himself, unless he knows that there is a struggle, he is going to be just what the planners think he is” (6). As the planner, Percy wants us to become more than he can imagine, more than the characters in his tales. In the end, it is up to us whether we choose to trust Percy’s fables. If we finally learn to recover our own Formosa, then Percy has succeeded—but it is our sovereign success above all. 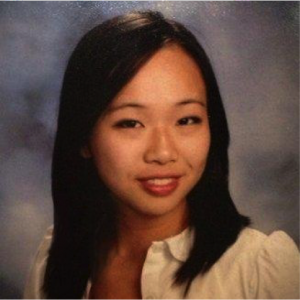 Jane Yu (CC ’17) is a Financial Economics major with a concentration in English. Born in North Carolina and raised in Connecticut, Jane has a wide range of interests, including mentoring, baking, and traveling. Though she plans to go into finance after graduation, she hopes to one day teach as a college professor.

Issue
Vol. 11 (2015)
Section
Critical Inquiry
How to Cite
Yu, J. (2015). Sovereignty through Storytelling: Finding a Moral in the Hypothetical. The Morningside Review, 11. Retrieved from https://journals.library.columbia.edu/index.php/TMR/article/view/5426