“I had been taught to clean by my mother, a compulsive housekeeper who employed water so hot you needed rubber gloves to get into it and in such Niagaralike quantities that most microbes were probably crushed by the force of it before the soap suds had a chance to rupture their cell walls.”

In “Maid to Order: The Politics of Other Women’s Work,” Barbara Ehrenreich examines the social consequences of maid service in America through a seemingly feminist lens. She begins her essay with an account of the second-wave feminism that caused male and female responsibility within the domestic sphere to be reassessed. The “radical, post-Friedan cohort of feminists” considered the question, ‘Who does the housework?’ to really mean, ‘Who has the power to make their spouse do the housework?’ (Ehrenreich 61). These women believed that excusing the male from domestic responsibility was a “formula for reproducing male domination from one generation to the next” (61). In order to relieve this tension, couples hired household maids who were restorers of “tranquility as well as order to the home” (62). Ehrenreich views this outsourcing of upper-class relationship issues as enabling the creation of a servant class. Over the course of the essay, she moves away from discussing the conflict of gender presented in housework and ceases to mention men as part of the equation. Ehrenreich instead focuses on a class issue—one in which the female homeowner is the villain, laying the foundation for generations of negligent children, and the female maid is the underdog that earns our sympathy and nostalgic appreciation for the hard physical labor that was once the responsibility of our mothers.

In her description of the household in which a maid would work, Ehrenreich always presents the homeowner as a female, describing her “Joan & David-clad feet and electrolyzed calves” and complete unawareness “of your existence” (59). The role of the male in the maid relationship is entirely ignored, and instead we are presented with a female versus female power struggle. Her descriptions ask us to envision a woman comparable to Cinderella’s stepmother. She writes, “Look up and you may find this person staring at you, arms folded, in anticipation of an overlooked stain” in order to describe the maid experience from the point of view of a maid scrubbing the floor (59). These narrative tactics divide women into two groups: the employers and the employed. It polarizes women along lines of class and makes it difficult to see what makes her argument particularly feminist.

Ehrenreich views the “mistress-maid relationship” as a contrarian female relationship that acts as a microcosm of social inequality (64). She writes that housework “defines a human relationship and, when unequally divided among social groups, reinforces preexisting inequalities” (70). This statement reflects her earlier description of one-sided household responsibility as the “formula for reproducing male domination” (61); here, she is suggesting that hiring a maid validates the mindset that views lower class people as lesser people. This parallels her argument from before, but this time she uses it to condemn inequality between two different classes of women.

By dramatizing the female homeowner and placing more concern on the woman that is subjected to working for her, Ehrenreich makes it clear that there is nothing positive about the mistress-maid relationship (64). However, she does not give a clear solution to the problem. Instead, she digresses to tell stories of her own mother’s cleaning expertise and consequential lack of need when it came to outside help. There is a bold sense of pride in the way that she describes the “Niagaralike quantities” of water needed to “rupture [the] cell walls” of dirt and bacteria on countertops and floors (67). Ehrenreich disdains the helpless homemaker and praises the indestructible mother of the past who took seriously the job of thoroughly cleaning her own home. The American ideals of self-reliance and work ethic are wrapped in an old-fashioned image of the mother that contradicts modern feminists’ ideas about a woman’s role. Ehrenreich presents the ideal of a woman whose home is her domain, where only she knows the best methods of making it appear the way it ought to be presented. The break in her discussion of maid services seems out of place, and it makes the reader wonder why she chose to bring up her mother at all.

The role of the mother is an important one in Ehrenreich’s argument, because it is the only reason that we have for caring about the maid dynamic other than the injustice of one woman cleaning up another woman’s mess. She recalls that “once ‘parenting’ meant instructing the children in necessary chores,” but now chores have a “virtual existence,” because a maid takes care of them while no one is watching (70). She places emphasis on the role of the mother as a teacher of morals, because “a servant economy breeds callousness and solipsism in the served” (70). How did Cinderella’s stepsisters turn out after being waited on during their developmental years? Ehrenreich would view their story as a cautionary tale: if a woman teaches her child that he or she is not responsible for cleaning up a mess, then she is giving that child a reason to feel superior. Whereas feminists of the past were trying to abolish male superiority complexes, Ehrenreich is trying to abolish any sense of class-based entitlement at all: in men, women, and children alike.

While this is an admirable goal, it is not one that advances the feminist agenda. In fact, the tone of admiration that Ehrenreich takes for “real work in the old-fashioned sense of labor” brazenly contradicts her agenda (70). She closes the essay nostalgically commending this kind of physical work, which leaves the reader believing that her solution to hiring a maid is to revert to the very gender roles that Friedan and others were trying to eradicate. It dismantles her credibility as a feminist and reveals a greater passion for exposing issues of class. Ehrenreich presents, in the character of the female homeowner, a villain as caricatured as those of Disney films. The homeowner is privileged, pampered, and polished; she surveys every move you make in order to ensure that the work she will take credit for is up to par with her standards; she may occasionally try to form a connection with you, but will “quickly redraw the lines once [you are] perceived as overstepping” (64). Worst of all, she teaches her children that they can leave things for someone else to pick up, neglecting the maternal responsibility for teaching respect and morals. Whether working independently or for a maid corporation, the maid cannot escape the relationship between herself and her female employer, whom Ehrenreich neglects to explore beyond simply classifying her as a woman indifferent to her maid’s human dignity. By highlighting the disparities between classes of women, she makes a divisive argument that is more supportive of a female worker than for women as a collective unit. 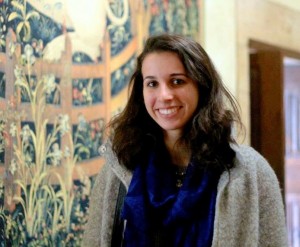 ALLISON HENRY '16CC majors in Urban Studies with a specialization in Architecture. She is an Associate Page Design Editor for the Columbia Daily Spectator and volunteers weekly as a conversation partner with Riverside Language Program. In New York City, she likes to attend concerts, explore art museums, and try new food with friends. Allison is originally from outside of Philadelphia, and she loves both Pat's and Gino's cheesesteaks.

Issue
Vol. 10 (2014)
Section
Critical Inquiry
How to Cite
Henry, A. (2014). The Mistress-Maid Relationship: A Cinderella Story. The Morningside Review, 10. Retrieved from https://journals.library.columbia.edu/index.php/TMR/article/view/5429