In her essay “A Letter to My Niece,” Ariel Felton lays bare the unfair pressures and standards she faces as a Black woman. While she identifies the dominant white society as a source of these pressures, much of the pressure she feels was internalized. Beginning in childhood and continually throughout her life, Felton responds to “the world’s view of [her] by apologizing and trying to correct what [she] saw as mistakes in [herself].” She discovers later in life—and in many ways, as she witnesses her niece, Thalia, grow up—that no one should have to apologize for or check their identity in order to be accepted by society. Felton feels it is imperative that Thalia learns this lesson, and it is why she has written her this letter. But how to most effectively convey this lesson to her niece?

Initially, it appears that Felton has opted for reverse psychology. She tells Thalia what not to do, likely in the hope that Thalia will do the opposite. Felton tells Thalia, “I still carried within me the same clean slate I once envied you for,” and yet she challenges Thalia in much of her letter in order to inspire Thalia’s defiance. What is the challenge? Don’t be like me. Felton reminds her niece of an ideal period, the stage in life before all those pressures start to shape you: “Nobody was yet telling you who to be like, who not to end up like. The world had not yet told you who you were, who you could or should be. You just were.” After that period, Felton spent much of her life altering her behavior to avoid stigma and resist being stereotyped. For an aunt who is offering advice to her niece, Felton certainly takes a risk when she writes, “if you were looking up to me all those years, Thalia, I hope you learned what not to do.” Thalia must now choose if she will heed her aunt’s example of what not to be—namely Ariel Felton—or make her own decisions as to whether her aunt is a worthy advisor.

In her letter to her niece, Felton makes the case for seeing her own life as a cautionary tale, and she includes evidence throughout to warn against her own example. Her lead, had she not changed, is one that should not be followed. As she details her reactions to the most degrading of racial slurs, she writes, “[A] nigger isn’t smart, so I became Type-A obsessive over my grades and accomplishments. A nigger’s hair is kinky, so I sobbed every day until your Granny finally relented and let me perm my hair. A nigger spoke a certain way; so I sounded like I was raised by the Brady Bunch.” While there’s nothing inherently wrong with getting good grades or speaking a particular way, Felton is stressing the less-than-desirable motivations for doing so: external pressures and expectations.

However, a sense of irony occurs to the reader as Felton criticizes herself and shares anecdotes from her life: Felton might actually be someone to be admired. The author leaves enough room for readers, including Thalia, to see that there might be positive effects from her earlier choices. Perhaps Felton intends, with each move away from the associations of that racial slur, to broaden what it can mean to be Black, to claim for herself more freedom not only from white notions of Blackness, but also ultimately from her own Black notions of Blackness. What she initially portrays as self-repressive conformity reveals itself to be an attempt at defiance of restrictive stereotypes. This fits the overall character of her letter to Thalia, which aims to teach self-definition. Could it be that Felton does indeed see herself as an example to follow?

Felton uses her letter to reckon with her lifelong struggle against the N-word and the discomfort she herself experienced with any behavior associated with it. She tells Thalia that it was hard “to admit to you and to myself, but my opinions of black people, including your mother, followed this behavior.” It is hard to admit because Felton simultaneously bemoans how she chose to counter being seen that way. But within the same paragraph, she praises her sister, Thalia’s mother: “to her credit, I don’t think your mother ever believed the story the world tried to tell her about herself.” So why is it that when Felton rejects stereotypical and limiting beliefs, it is regrettable, but her sister’s doing so is worthy of “credit?” While both sisters challenged the narrative about who a Black woman should be, Thalia’s mother did it by being “aggressively confident and headstrong,” whereas Felton “just wanted to fit in.” Although she generally expresses regret about her attempts to fight stereotypes, Felton notes the positive aspect of “pride” that sometimes came with those choices, as well as the “fear” that her sister’s choices sometimes caused her. By revealing her deeply conflicted feelings about the choices she made in her life, Felton attempts to teach Thalia not by outright instruction, but by highlighting the upside of defiance, a quality she sees in Thalia. If Felton was merely self-critiquing, it would primarily suggest that her judgement was flawed, making her advice less credible to Thalia. But by simultaneously acknowledging and questioning her past decisions, she might suggest to her niece that Felton is not only accomplished, but a bit of a rebel herself.

Felton is trying to impart a lesson of self-definition to Thalia: there can be pride, even when there is regret, but one has to make one’s own choices. Felton would not want Thalia to be constrained by white society’s notion of Blackness, but nor would she want Thalia constrained by Felton’s own past biases. When explaining how both the white and Black perspectives weighed on her, Felton tellingly writes, “but there was, and maybe there always will be, a limit to how far I could go,” when referring to how she distanced her identity from that of other Black people. Felton’s use of the future tense—“maybe there always will be”—indicates that she continues to test the limits of how far she might be able to free herself from all imposing ideas of Black womanhood.

In what might be considered the climax of the letter, Felton compares her own running away from her true identity to Thalia’s running away from her literal home. One dramatic night, Thalia frantically flees her house in the heat of an argument with her mother, whereas Felton has been fleeing her own nature for most of her life. Ultimately, Felton argues that both she and Thalia should learn from each other “what not to do.” She makes clear that what most resonated with her in Thalia’s story “was the helplessness of that running . . . the pointlessness of it.” Thalia is made to see that both running from a seemingly wrong place and running toward a seemingly right place can be futile.

Rather than run away or try to fit in, Felton had to grow into her knowledge of herself. Growing into that knowledge required her lived experience. So even if some elements of her character had been seen as too white, or were labeled too Black, she now knows that to risk being labeled is preferable to navigating an imposed identity and missing out on knowing herself in the process. Ultimately defining herself as someone whose personality incorporates elements of different cultural spheres, Felton is increasingly comfortable with her tendency to “overly pronounce [her] consonants” and the fact that she has a “country accent.” She carries coconut oil in her purse to moisturize her Black skin, and she watches the quintessentially white rom-com You’ve Got Mail. She enjoys both the white essayist Joan Didion and the Black rapper Plies. What better example could Thalia have of not choosing either/or? Felton’s ultimate challenge to her niece: Don’t follow anyone else’s path, not even mine. 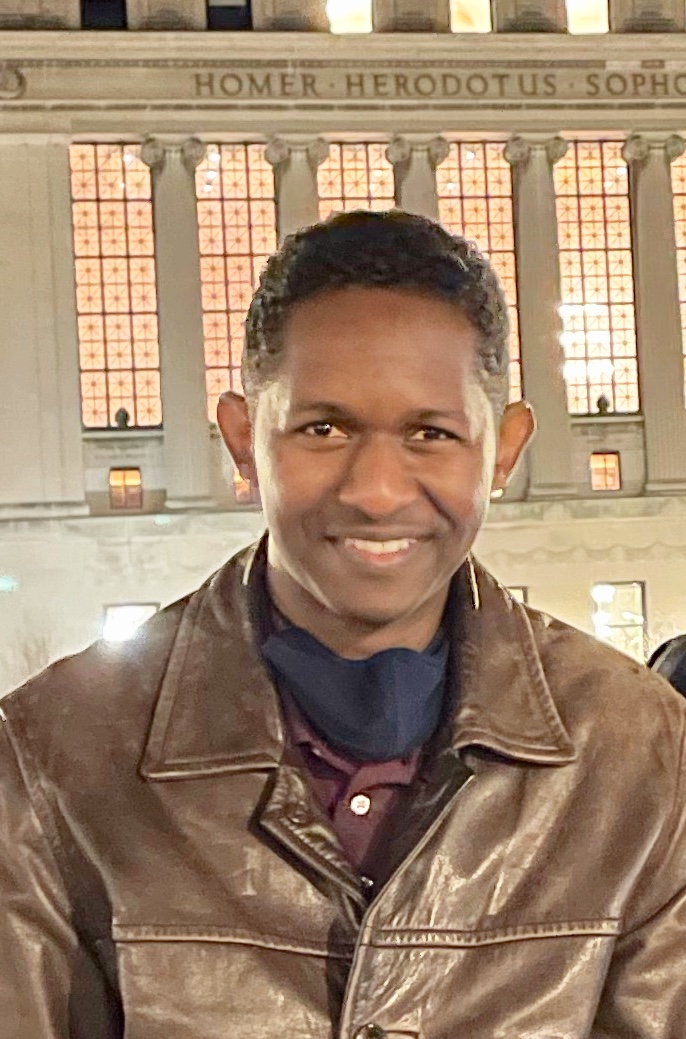 Dion Hazell was born on the island of Trinidad, West Indies, grew up in Brooklyn, New York, and is an eight-year veteran of the U.S. Navy. He studied Arabic while in the Navy and continues to serve in the Navy Reserves. He is pursuing a degree in Middle Eastern, South Asian and African Studies, and upon graduation, he hopes to contribute to shaping humanitarian and security policy on a global level.

Issue
Vol. 17 (2021)
Section
Critical Inquiry
How to Cite
Hazell, D. B. (2021). Leading by Example: Ariel Felton’s &quot;A Letter to My Niece&quot; as a Model and a Warning. The Morningside Review, 17. Retrieved from https://journals.library.columbia.edu/index.php/TMR/article/view/6039