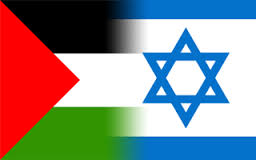 Medical tourism widens the sphere of available medical care beyond a single country’s borders. Patients who voluntarily leave their home country to seek treatment in other countries typically do so out of perceived medical necessity; these procedures—which are often poorly covered by insurance—range from mandatory heart surgery, to kidney or other organ transplants. In conflict-laden countries like Israel, organ donation rates “are among the lowest in the developed world, about one-third the rate in Western Europe,”[1] giving rise to advertisements for transplants due to inherent shortage.[2] Although rabbis offer different opinions about whether organ transplantation should be permissible under Jewish law, Israeli citizens have been known to venture as far as South Africa to undergo illegal kidney transplants.[3] Clearly, there is palpable incentive for Israeli citizens to receive organ transplants; questions remain, however, regarding whether and how these organs are being obtained, and what should be done as a result.

There is some evidence that Israeli soldiers have harvested organs from captured Palestinians. In November of 2015, the Palestinian Representative to the UN Dr. Riyad Mansour wrote an open letter to the UN Secretary General Ban-Ki Moon claiming that, under Israeli occupation in East Jerusalem, Palestinians killed and seized by Israeli soldiers were being returned with “missing corneas and other organs.”[4] As a counterpoint, Israel’s UN Ambassador Danny Danon dismissed these claims ascribing them to “anti-Semitic motives.”[5] If there is any truth to Mansour’s claims, there is little clarity about which organs were missing, or whether the individuals in question were peaceful citizens or more militant aggressors. And yet, Ambassador Danon’s response bypasses the clear and pressing issue: Israel has not directly addressed this accusation of harvesting Palestinian organs.

Israel currently operates under a steady shortage of transplantable organs, a status that adds weight to Mansour’s allegation of organ harvesting. Mansour’s claims are likely heavily influenced by the plight of Palestine in the current Israeli-Palestinian conflict; however, Israel is indeed acknowledged to be a major organ-importing country.[6] Importantly, the Israeli government has taken steps to be transparent about potentially illicit organ donations:

In 2006, responding to reports that Israelis were buying kidneys in places like China and the Philippines, the Health Ministry prohibited insurers from paying for illicit overseas transplants. In 2008, the Israeli Parliament passed legislation that criminalized organ brokering and established panels to scrutinize whether donors are being compensated. It also provided for government payments for a donor’s medical care and related monetary losses.[7]

Five-year wait times for kidneys or other organs obtained from someone declared brain dead exemplify the rationale behind why Israel goes to such great lengths in the global organ trade. Kidney donations, for example, are extremely rare due to religious considerations: only 15 percent of Israel’s population sign up to be kidney donors.[8]

Given this context, Mansour’s report suggests that Israel conducts medical tourism at the expense of Palestinian lives—though this claim remains circumstantial at best and is by no means a universal declaration of unethical behavior. Although Israel does acknowledge a shortage of kidneys and other organs, this does not mean that its doctors or soldiers harvest organs from Palestinians. Organ harvesting on Palestinians by Israeli soldiers would naturally be deemed by the United Nations as extremely misguided and ethically inappropriate.

Ambassador Danon’s response to Mansour invokes the term “blood libel” – a weighted term evoking the medieval myth that Jews once murdered Christian children for their blood. Danon’s rhetoric deflects any plausible notion of forced medical tourism by insinuating that Palestine’s intentions are anti-Semitic, which effectively bypasses any follow-up regarding the precedent against Jews that is embedded within the blood libel construct. Such a statement ultimately maintains diplomatic immunity for Israel by establishing perceived insincerity on behalf of Mansour as Palestine’s representative.

But Danon is not wrong to defend Israel. There is much good being done by Israelis despite whether Mansour’s claims are indeed correct. Approximately four miles due west of the Western Wall stands Jerusalem’s Shaare Tzedek Hospital, where doctors treat trauma patients – both Palestinian and Israeli – who fall victim to Arab terrorist attacks.[9] These physicians are selfless in their medical service, and initiate controversy when they choose to see beyond hatred and attempt to heal anyway. These physicians face significant ethical dilemmas due to a shortage of supplies and resources, and face moral conflicts of interest when opting to “treat the bad guy.” Although these physicians don’t transfer precious organs to terrorists, their acts of healing signify their good intentions and the underlying ethical principles of autonomy and non-maleficence that guide their behavior.

Still, the possibility of organ harvesting remains significantly problematic. Although the legitimacy of Mansour’s claims awaits confirmation, circumstantial claims suggest an existing ethical dilemma that must be addressed. If Israeli soldiers have ever harvested organs from Palestinians during wartime triage, these actions must stop immediately. Because Israel’s organ shortage creates a weakness in its healthcare supply system that makes it susceptible to these accusations, Ambassador Danon should specifically articulate this matter rather than deflect the allegation as a racist slur. Insinuations of blood libel only bypass the real issue, and consequently mandate further investigation, perhaps by the International Criminal Court (ICC). Even though the nation of Israel has historically been oppressed, it must in turn go to lengths to prevent converting its newly found state power into a form of oppression against other peoples.

[3] Shimazono, Yosuke. “The state of the international organ trade: a provisional picture based on integration of available information.” Bulletin of the World Health Organization. December 2007; 85(12): 957.