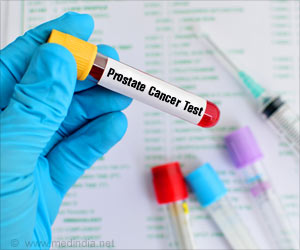 During an interview in early October, Ben Stiller spoke publicly for the first time about his successful battle with prostate cancer, and how, if it were up to the American Cancer Society (ACS), perhaps he wouldn’t have won. Stiller also published a same-day article on Medium[1] that detailed the care he received and the factors that guided those decisions. Although this public reveal is reminiscent of Angelina Jolie’s 2013 Op-Ed on genetic testing and prophylactic mastectomies, Stiller’s is more controversial. Not only did he pursue screening earlier than suggested and question the evidence-based national guidelines, he’s also gone on to advocate for a position that many public health experts today are trying to walk back on: that screening saves lives.

Unlike Jolie, Stiller had no family history of the disease he received screening for. At the time he began having his PSA levels routinely tested, Stiller was 48 years old with no other known risk factors. The ACS recommends starting the discussion of prostate screening with men like Stiller (counted as “average risk”) at age 50.[2] The American Urological Association’s guideline does not recommend annual screening in average risk men ages 40 to 55 years, and the US Preventative Services Task Force recommends against the use of the PSA test in all asymptomatic, average risk populations.[3] Stiller credits his cancer-free status to his “thoughtful internist,” who began discussing PSA testing multiple years ahead of what these guidelines suggest. Ben puts it into perspective: “If [my doctor] had waited, as the American Cancer Society recommends, until I was 50, I would not have known I had a growing tumor until two years after I got treated. If he had followed the US Preventive Services Task Force guidelines, I would have never gotten tested at all, and not have known I had cancer until it was way too late to treat successfully.” Because Ben’s experience ended up being positive on the whole, it would seem as though his doctor’s decision was a good one. But the story is not that simple, and many worry that way in which Stiller frames proactive screening as beneficial calls current guidelines into question, and downplays potential harms.

Screening was initially conceptualized as a way to detect cancer at an early, treatable stage, and thus save lives. In the past 20 years, however, a strong body of research has emerged which has challenged its effectiveness. Out of some of the more prominent studies, the European Randomized Study of Screening for Prostate Cancer (ERSPC) found an improvement in risk of disease-specific mortality. Specifically, screening would have to diagnose 37 additional men in order to prevent 1 death from prostate cancer after 11 years of follow-up.[4] By contrast, the Prostate, Lung, Colorectal and Ovarian (PLCO) screening trial found no disease-specific mortality benefit to PSA after 13 years of follow-up,[5] and the latest Cochrane review which conducted a meta-analysis of five randomized control trials found no difference in prostate cancer-specific mortality between the screened group and the control.[6]

Part of what makes the evidence and debate on screening difficult to parse out is due to the harms that can come of the screening itself. For men who have had three or four PSA screens, the false positive rate is 12-13%.[7] These false positives can lead to not only emotional and psychological stress (men are more likely to commit suicide in the first year after prostate cancer diagnosis[8]), but also to physical harm of downstream, invasive testing that is needed to confirm screening results. Impotence, incontinence, and sometimes even hospitalization and death can result from these invasive procedures aimed at diagnosing and treating a cancer that would otherwise remain clinically irrelevant had it never been found.

However, Stiller’s risk status, in conjunction with his bold assertion that “Taking the PSA test saved my life. Literally,” doesn't take into account this threat of over-diagnosis and over-treatment. Many health care professionals have spoken out about how misplaced his public statement is. Vinay Prasad, an oncologist and Assistant Professor of Medicine at the Oregon Health and Sciences University, commented: “[Stiller’s] strong faith that the PSA test “saved his life” is incompatible with a true understanding of over-diagnosis; no person whose cancer was found by PSA screening can say ‘the test saved my life.’”[9] Yet even though Stiller’s assertion is flawed, it is not uncommon. The public has been shown to have an inflated sense of the benefits of screening,[10] and anecdotes such as the one Stiller is promoting only serve to focus the public’s perception on the benefits that screening tests provide, while ignoring their limitations.

Due to the complexity of the research, evidence, and guidelines surrounding each test, the ideal patient decision-making process sometimes becomes less about what the patient knows and more about what the patient feels. Psychological research shows that anecdotal stories can influence someone’s judgment and decision making more powerfully than reliable statistical data.[11] The fact that Ben Stiller is a well-known celebrity gives him a broad platform to disseminate his powerful anecdote, no matter how logically unsound and misleading it might be. He does, however, provide one piece of undisputed good advice: that men should engage in shared decision-making with their doctor to decide what the right choice is for them. Unfortunately, physicians suffer from statistical illiteracy almost as much as their patients, and their difficulty of conceptualizing data could (and does) lead to poor decisions and outcomes, especially in the case of screening.[12] Along with evidence-based guidelines compiled by experts in statistics, another tool to utilize is a pictorial, rather than numerical, method of presenting and digesting information (see Figure 1). Studies have shown that using visual aids increases one’s comprehension of statistics, counteracting the effect of anecdotal evidence.[13]

Even while acknowledging that there is controversy surrounding the topic, Stiller still presents a simplistic, opinionated, and privileged summary of preventative screening and clinical decision-making. While the intention beyond speaking out seemingly comes from a good place, many continue to question the ethicality of his actions. For numerous readers, his article will have been their first exposure to the labyrinth that is evidence, statistical reasoning, guidelines, and treatment. If they choose to pursue PSA testing, there is a good chance it will end up harming them . It is up to health care practitioners to be prepared with the proper knowledge, empathy, and reasoning to properly engage with patients through the decisions to come.

Saquib, N., Saquib, J., and Ioannidis, J.P.A. “Does screening for disease save lives in asymptomatic adults? Systematic review of meta-analyses and randomized trials.” International Journal of Epidemiology 44, no. 1 (2015): 264-277.

[3] As Stiller notes, the USPSTF is currently in the process of updating their guidelines, which have now passed the five year mark.