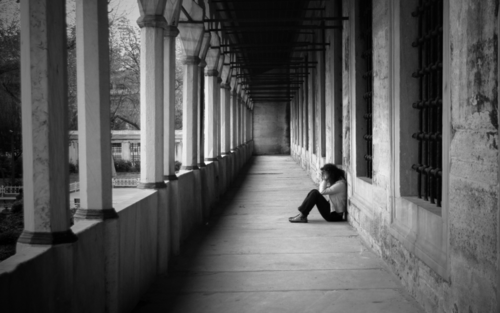 One of the first things I had noticed when medical school started was that I was no longer able to relate to friends who were working outside of the medical field as I used to. Most people who are not going into, or aren’t already in, medicine do not want to hear about the gruesome things that we have to do in Anatomy Lab. Yet for me, that was the most exciting part of my day. I was dying to tell my parents and sisters about how I held a human heart and how amazing our cadaver was; I wanted all my friends who ended up visiting me to come and see the Anatomy Lab. But once I realized that no one really wanted to hear about it, it seemed as though I didn’t have much to talk about anymore. I remember that my dad would call me every night and would always ask, “So, what’s new?” and I would never have anything to say. I studied, went to class, went to lab, and studied again; it seemed as though that was pretty much all I did everyday and there really wasn’t time for anything else to happen. I felt bad saying “nothing” or “the same as always” as a reply to him, but I really had no other choice. Other times, when talking to my sisters, I would unknowingly end up telling them the same stories again and again. Or, I would tell them how stressed I was about my exam, or even just a small assignment, and they would never understand why I would be so nervous. “It’s just a test,” they would say. “You’ve always done well in school, so don’t worry.”

It was as if no one understood why I was so stressed or busy or scared. This wasn’t just “school” anymore; it was the beginning of the rest of my life. This was the first time I was learning vital information that would save people’s lives, and skills that would carry me through this insane lifestyle for the rest of my career. In college if I failed something, or didn’t completely understand the information being taught to me, most likely it would not affect me in any way other than a lower grade, but now I needed to truly learn this information and figure out how to conduct myself as a future physician. That is a lot of stress!

For me, medical school was unlike anything I had ever experienced before and I felt out of my element for a very long time. It seemed that even though I was studying constantly, I was always behind—just trying to catch up. Most days I would stay in the library studying until midnight, and once the library closed my friends and I would find an open classroom and continue studying until two or three in the morning. Then I would drive home and pass out as soon as my head hit the pillow, only to be back in class by 8:30 the next morning. I hardly had time to call my family, and would only find time to speak to them on walks from the library to the cafeteria, or during my drives to and from school. Everyone in the laundromat knew me because I was the only girl who would read and study on her laptop while waiting for her clothes to be done. But regardless of all of that studying, it felt like as soon as I was caught up with Anatomy I was behind in Biochemistry, and seeing all of this information for the first time really didn’t help. Compounded with all of the other issues I had to deal with outside of school, feeling like I didn’t have control of my academics just made everything worse.

No one outside of my friends in class or in other medical schools could understand what I was going through. I don’t have a lot of experience in fields outside of medicine, nor have I had many jobs, but it seemed to me as though not a lot of people were accustomed to the intensive workload that we have. Most jobs end at a certain time of the day and do not necessitate that you continue working at home, and so you end up having a bit of a break or a social life. However, especially during the first semester, that isn’t true for medical students; if anything, I would be happy on Saturdays, not because it was the weekend, but because I didn’t have a class or lab and I had the whole day dedicated to studying instead. Of course, once you find a balance and find out what works for you and what doesn’t, you do end up having more free time and can better balance your personal life with your academic one. But for me, that time was still very limited. And no one in my social network outside of medicine could understand why that was. No one could understand why I would get stressed before every exam, even though failing a class would mean repeating it despite all of the hard work I did to succeed. No one could understand why I was always so busy and couldn’t talk on the phone as much as I used to. Even my family could never understand why I needed to study as much as I did. I felt isolated and soon realized how much value laid in my new-formed friendships at school—these were the handful of people who could understand me the most and relate to my struggles the easiest, even though our friendships were relatively new.

As a future physician, I aspire to be the most understanding and patient person that I can be. I know that it will be an important quality to have later, and as a person who is going to devote her life to helping patients with their problems, I aim to be open and to be there for my friends no matter how big or small their problems may be. Despite my efforts, I found myself getting extremely impatient with those who complained about what seemed to be minor issues. I would feel like snapping and saying, “how can you be sitting here talking about this boy who clearly isn’t worth your time, when there are people here dying with cancer or fighting for their lives as we speak?” I really hate to admit it but I felt like I was losing whatever mental filter I had left that stopped me from growing impatient or jaded. I tried to justify in my mind that it’s not fair for me to expect my friends to have the same perspective on life and its struggles as I do, because they are not in medicine. Though we may see “bigger” problems in our work, that reality doesn’t belittle others’ issues. But, no matter what I may say or explain to myself, I know that even today it is hard for me to take others’ problems as seriously as I did before. It seems counterintuitive, seeing as how I am going to be a doctor and caring for others is my profession, but alas, it is what it is.

As I slowly survived my first year of medical school, I realized that medical professionals are just a small group in society—a small, specialized, extremely different group of people who practice medicine as their profession and their lifestyle. We are united in the things we experience, the heartaches we bear, and the unique life that only we can understand. When I meet a family friend who is also in medicine, it only takes seconds before we begin the “doctor talk.” What other choice do we have? Unlike other professions, medicine is truly our life and we are surrounded by it—literally all day. What else could we hold to as much importance as we do this?

It truly is a culture. The culture of medicine: uniting those within it, severely isolating us from those who are not. I remember discussing these thoughts with my research preceptor during one of our meetings, and he gave me countless examples of people in his department who married one another and the relationships that formed and succeeded in his medical school class. He claimed that the reason so many people in medicine end up dating one another is because of the strong foundation that the common experience that medicine provides them. It’s as if you finally find someone who can understand what you go through. I reflected on how many relationships I had seen break apart between my classmates and their partners outside of medicine, and realized that the culture of medicine is one that unites those of us within it, while severely isolating us from those who are not.

A few weeks after my first year ended, I attended a wedding and was talking to some family friends who were also there. One of their daughters is a doctor now and when she was asking me why I was moving out of my studio apartment into a house with some classmates, I explained to her how lonely it gets when you are at home alone studying all the time. I told her how many hours I spend in the library studying, instead of at home to be around people in my class, and how nice it would be to live with someone who can share in my experiences. I told her how overwhelming school was and how easy it is to get lost, especially as soon as you feel that you have gotten the hang of things. As I was pouring out my feelings about school to her, she just kept nodding and saying, “I know.” At the end of it all she said, “I know. I know just how you feel. I don’t know what else I can say except that I know exactly what you’re saying.”

To her it may not have seemed like much, but to me it meant everything to find someone who could finally understand, and relate to, this new life of mine.