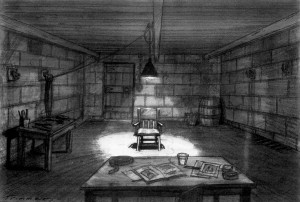 Ask just about any undergraduate student in psychology and it is likely they can list a handful of research studies in which they have participated. Whether it is the promise of an extra 2% added to their final grade, the allure of monetary compensation (student budgets are student budgets after all) or intrigue with the discipline itself, volunteering in the role of ‘lab rat’ is common amongst undergraduates. In fact, these students have long played a significant role in shaping evidence-based research and its results. One study found that the average American undergraduate is 4,000 times more likely to be a research participant than an average non-Westerner [1]. It is clear that students are willing to throw themselves into data fields. What happens, however, when individuals are involved in the collection of data to which they have not consented, or do not know about?

The issue of autonomy in research is ever complicated when experiments clearly involve unwilling or unknowing subjects. Here, there is no question that an ethical boundary is crossed. While experimentation is inherently a foray into the unknown, all subjects from whom data is gathered have rights to understand the risks and implications of participation. Unless informed consent is freely provided, some may even say that the data itself is tainted. Whether consent is ever completely free of coercion is another question. Perhaps the students seeking extra credit were really just swayed by compensation: their choices not completely autonomous. In many other cases, however, it is an axiom that completely autonomous consent is not provided. Recall the study by Solomon Asch in which participants were asked to compare lengths of lines in the company of their peers who were challenged with the same tasks. Participants answered alongside Asch’s accomplices who insisted that short lines were long lines [2]. This was not an experiment about line perception at all but rather, an experiment on the coercive forces of conformity. Here at Columbia University, researchers John Darley and Bibb Latané also could be seen to have crossed an ethical boundary for some when they tested the bystander effect. Following the murder of Kitty Genovese, the researchers led participants to believe that a fire had started in a lab room or worse, that medical emergencies were taking place [3]. They wanted to determine whether people were more likely to react to adversity if they were alone versus if others were also witnessing or experiencing the same adversity. The willing but deceived participants of this sort are sources of fascinating research on group dynamics, conflict and conformity. However, when deception and coercion is taken even further in the realm of psychology, the need for an understanding of ethical guidelines is made even more clear. Herein lies the issue at play: data collection during interrogations.

Recently, the American Psychological Association (APA) Board of Directors sought out an independent reviewer, attorney David Hoffman, to conduct a report into whether there was real evidence to the rumors that the APA had colluded with the Bush Administration in interrogations during the war on terror. Hoffman’s report found unreported coordination between APA officials and psychologists within the Department of Defense during the years following 9/11; Hoffman concluded that in these years, many psychologists had practiced along loose ethical guidelines for the sake of protecting national security [4].

Perhaps one of the main takeaways from this new APA policy is the renewed establishment of psychologists’ primary mission: To provide mental health services to military persons and/or work for an independent party to protect human rights at facilities where the United Nations has deemed violations have taken place. Within the resolution there is an explicit acknowledgement that psychologists in any organizational setting may be challenged to behave ethically and in accordance with the APA Ethics Code which organizes ethical standards for the behavior of psychological practitioners. Further, there is a primary acknowledgement that the resolution is in keeping within Principle A (beneficence and non-maleficence) of the code to “take care to do no harm” [5].

At the epicenter of psychologists’ involvement with human subjects is a central question: Should data obtained through anything less than morally acceptable research be deemed usable? Whether it be results of a research hypothesis, or the location of a known terrorist group gathered during an interrogation, maybe information collected unethically be thrown away. In the case of interrogations, the role of psychologists as professionals might even be questioned. Perhaps psychologists have no place in determining the common good for society and instead, should simply care for and treat individuals. On the other side, maybe ethical boundaries should be loosened to facilitate a greater common good, such as that of national security. Regardless, the synthesis between obtaining data and conducting one’s research ethically is not always so easy to achieve. The recent decision by the APA, however, outlines one very definitive stance on where psychology has aligned itself.