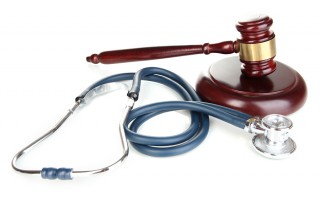 Recent court hearings and legislation proposals regarding biotechnology and biotechnological methods have proven to be unfavorable to several avenues of scientific research and innovation. There exists a tension between interests of the scientific community and the means through which legislation permits scientists to realize those interests. Factors larger than those of the scientific community must be taken into account when penning policy, and the same holds true for any interpretation by judiciary bodies. The presence of a strain between advocacy for the scientific community and objectiveness in order to allocate the products of scientific innovation permeates legislative decision-making. In recent years, it appears as though advocacy for private scientific innovation has decreased as issues surrounding distributive justice have increased.

There has been a tightening of the reigns by the United States Supreme Court regarding patent cases involving biotechnology over the past few years. With landmark cases such as Prometheus v. Mayo (2012) and AMP v. Myriad Genetics (2013) there appears to be a trend of judicial precedence that is unfavorable to scientific innovation.[1]

In Prometheus v. Mayo, the court ruled that a patent is ineligible if it is deemed to be applying the laws of nature using conventional methods known to the field. In AMP v. Myriad Genetics, the court ruled that isolated human DNA was not patent-eligible, without applying existing case law, relaying that DNA is both “unique” in its own right, and a “physical embodiment of laws of nature” and therefore cannot be patented.[2] Both court decisions were deemed unfavorable by the scientific community. The current dispute over priority filing, scope of claim, and patent-eligibility of CRISPR/Cas9 technology[3] will be a critical determination that will likely have adverse legal consequences for the relationship between patent application, litigation, and scientific innovation.

The complexity of the bureaucratic process in which patents are granted (through the US Patent and Trademark Office) leaves much room for error. The factors driving the discrepancies in the patent granting process are no doubt multifaceted, but the influx of patent applications and the limited resources of the patent office create a perfect storm for the spike in patent litigation cases filed within the past decade.[4] In addition, court rulings, such as the Myriad decision, have left many members of the scientific community confused. The verdict in Myriadmisunderstands what scientific innovation is and as a result creates a tremendous gray area in which scientists have to be mindful of the law, thereby ignoring the reality of scientific innovation.

Patents assist scientific innovation due to their allowance of a government-granted monopoly for an extended period of time. However, considerations over the patentability of various prognostic and diagnostic methods may be considered an impediment to public health, precisely because of this monopoly. I assume that one (of many) purposes of policy is to allocate resources, in which case there is a delicate push and pull that occurs between private profits obtained from scientific innovation and public access to novel pharmaceuticals and biologics. While I do believe that the development of private enterprise is a critical component of driving scientific innovation, public access needs to be an equally important consideration. In preceding decades, the former has been granted greater weight, thereby detracting from the latter.

These policy implications illustrate larger issues and trends in statutory law. One major piece of legislation that recently passed and has questionable implications for the scientific community is the Biologics Price Competition and Innovation Act of 2009 (“Biosimilars Act”). It passed with the intention of promoting innovation of biologics and lowering their price, thereby increasing accessibility to the wider population. The Biosimilars Act is highly analogous to the Hatch-Waxman Act of 1984, which skyrocketed the production of generic drugs and tremendously lowered the price of small molecule drugs.[5] However, controversy exists over whether or not this is a realistic endeavor, given the scientific reality of the nature of biologics and the twelve-year exclusivity granted to innovator companies. The discrepancy between intention and outcome in the Biosimilars Act is speculative, but may be attributed to the lack of competition faced by biologic innovator companies.

[3] CRISPR/Cas9 is a molecular technology used for gene editing and gene regulation.