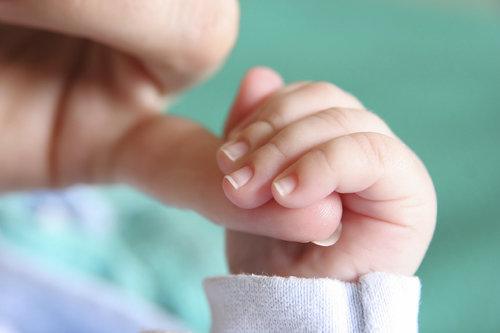 The medicalization of childbirth has generated a dichotomy between “natural” and “medical” births.[1] Great strides in medicine over the past several decades have resulted in the ability to address complications that may arise during delivery, and as such have promoted childbirth in a hospital setting. However, the baggage of the technological imperative and the alienating atmosphere of a hospital demonstrate the flip side to the capabilities of modern medicine. The Mayo Clinic cited several reasons a woman may choose home births, including: “a desire to give birth in a familiar, relaxing environment surrounded by people of your choice; a desire to wear your own clothes, take a shower or bath, eat, drink and move around freely during labor; a desire to control your labor position or other aspects of the birthing process; and cultural or religious norms or concerns.”[2]

Sociologically, concepts surrounding natural childbirth have adopted a positive connotation. [3] Conversely, images surrounding childbirth in a hospital tend to be ridden with perceptions of drug-induced births and instrumental facilitations, with “10% of vaginal births involving the use of forceps or vacuum.”[4] The extent of control a woman experiences in the birthing process can be considerably diminished in a hospital setting. This perceived loss of control also contributes to the increasing desirability of home births by more mothers.[5] In the past several decades, most births in the United States have occurred within hospitals. However, there is a growing trend toward moving childbirth back to the home where a more natural childbirthing process can occur. The CDC reported a 29% increase in home births from 2004 to 2009 (although the rate is still extremely low with 0.72% of all births being home births in 2009).[6] As this trend continues to grow, several factors must be taken into consideration.

The first, and perhaps most important, factor that must be considered in the decision to give birth in either the home or the hospital is the risk involved in both settings. Many advocates of home births have often cited the fact that it is not risky to give birth in the home.[7] However, this becomes a matter of relativity according to new reports from the New England Journal of Medicine, which stated that “the risk of perinatal death was twice as high in planned out of hospital births as in in-hospital births (3.9 vs. 1.8 deaths per 1000 deliveries; P=0.003).”[8] In addition, at-home births are generally more common with multiparous women over the age of 35, and tend to be classified as low-risk pregnancies.[9] Although the risk of perinatal death is two times greater for birth at home compared to birth at the hospital, it should be noted that the absolute level of risk for both settings is still very low.

While relative riskiness and unpredictability favor hospital births, there are several reported disadvantages to giving birth in a hospital setting. Other factors that must be taken into account when determining home or hospital birth include rates of cesarean sections and maternal experiences in both settings. Cesarean sections are almost five times as likely to occur in a planned hospital birth compared to a planned home birth.[10] A mother’s persistence of spontaneous vaginal delivery in congruence with an awareness of the dangers that accompany cesarean sections may influence a woman’s decision to give birth in the home rather than in the hospital. In addition, clinician-researcher Judith Lothian outlined in The Journal of Perinatal Education that one in four women described feeling “overwhelmed and frightened during labor, and unsure and isolated in the postpartum period.”[11] Although these unpleasant emotions are not felt by a significant majority of women, they are of considerable importance in understanding a mother’s personal preference regarding place of childbirth.

Although the reported risks of home births have been consistent with previous findings, the debate over home versus hospital birthplace preference persists. The matter is further complicated considering that professional midwifery and other methods of ensuring a safe at-home delivery are not well integrated in the United States’ health care system.[12] Compared to countries such as the Netherlands and United Kingdom, where at-home births account for 20% and 8% of births respectively, the United States’ health care system is significantly lacking in its ability to secure the safety of at-home births by providing certified caregivers and easy access to hospitals, should transfer be required due to unforeseen complications.[13]

In the end, the preference for home versus hospital births in low-risk pregnancies should be the personal choice of a properly informed mother. For those mothers who decide that the risk is worth taking, advancements within our current health care system are needed to ensure the safety of both mothers and newborns.

[4] Lothian, Judith A. "Listening to Mothers—The First National U.S. Survey of Women's Childbearing Experiences." The Journal of Perinatal Education 12, no. 1 (2003): 7.