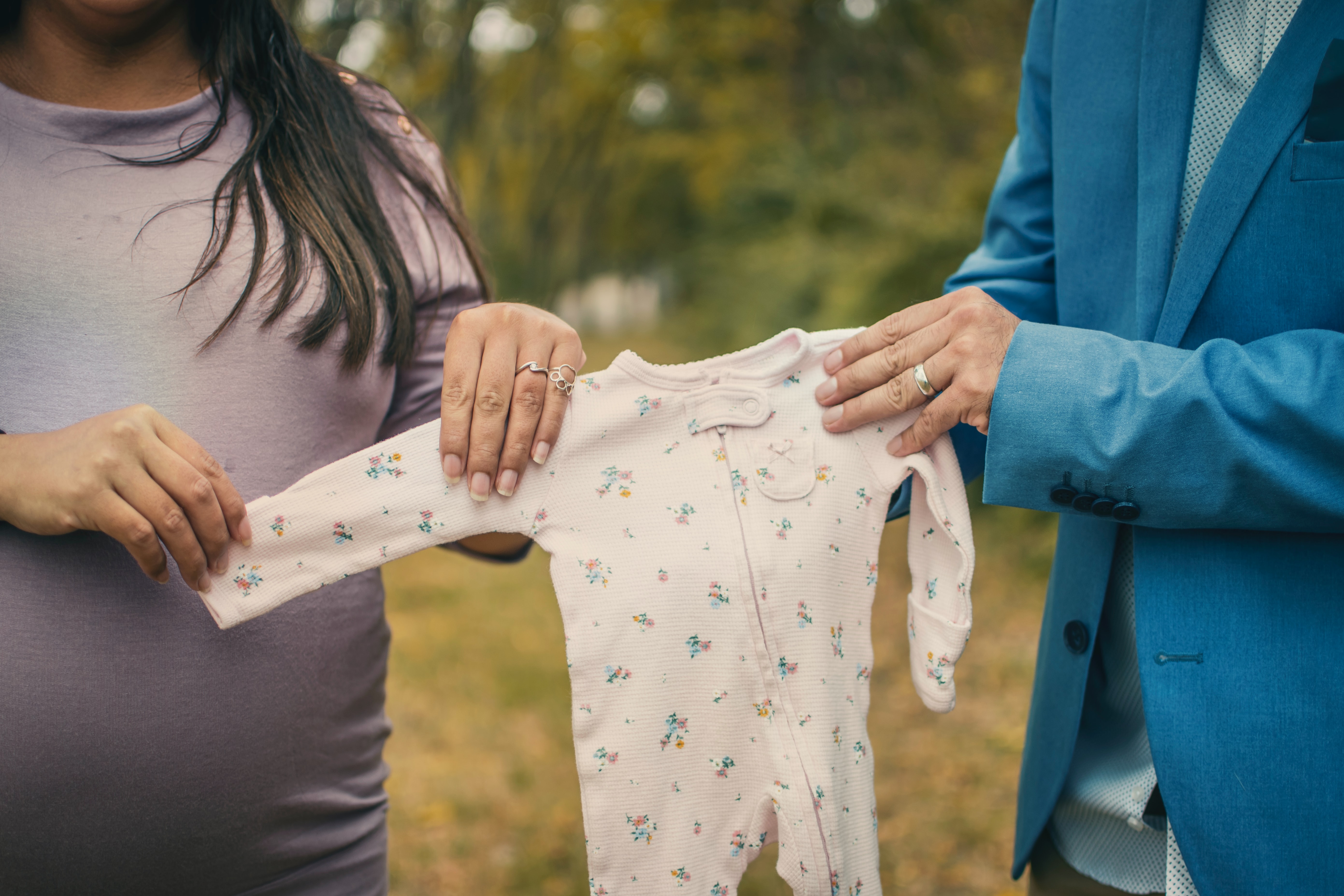 Photo by Gabriel Tovar on Unsplash

Parenthood claims based on mitochondrial DNA are justified biologically and could arise from people using mitochondrial DNA as part of an in vitro procedure to create children genetically related to two mothers. This paper explores parental rights issues in three parent babies arguing the rights of anyone contributing only mitochondrial DNA should be similar to that of a gamete provider: contractual when no parenting is intended and subject to parenthood claims in the case of lesbian mothers giving two parents equal child-rearing rights when both contribute DNA. This could avoid a need for adoption procedures when one partner’s pregnancy results in the birth of a baby that is the genetic child of both. Like egg or sperm donations, when the provider plans to raise the child, parenting rights attach partly based on genetics. When the donor is not part of the child-raising circle, the donor normally waives parenting rights and is relieved of parenting obligations.

Mitochondria are cell organelles present in the cytoplasm responsible for producing the energy cells need to carry out their normal activities. Mitochondria possess their own DNA, distinct from ours, containing about 37 genes. This accounts for less than 0.1 percent of the total DNA present in our bodies. Nevertheless, mitochondrial DNA is crucial: without it, mitochondria could not function.[1]

Mitochondrial DNA is inherited from the maternal germline. That is, it is passed down from a mother to her children. Mutations in this DNA can lead to a variety of diseases, some of which result in poor growth, fatigue, and other serious symptoms.[2] In February 2016, the United Kingdom became the first country to legalize a technique to replace mutated mitochondrial DNA with unmutated DNA via mitochondrial DNA donors. This represented a major first step towards eradicating mitochondrial DNA diseases.[3] Multiple scientists from around the world have called for legalization of the technique in their home countries. However, they have cautioned that the technique must be properly regulated.[4]

Mitochondrial DNA transfer is done through two complex microsurgical techniques. The first is called spindle transfer (ST), and the second pronuclear transfer (PNT).[5] In the first technique, mitochondrial DNA is replaced prior to fertilization of the female egg, while in the second technique, replacement is carried out at the zygote stage. While ST has been successfully carried out in humans, at present, PNT has been performed only in laboratory animals.[6]

ST has received more research attention because it is a more manageable technique for clinics as working with only the egg, rather than the zygote, is less logistically challenging.[7] In addition, some people accord zygotes different moral status than eggs, further complicating their use for mitochondrial DNA therapy.

It is appropriate to talk about a “three-parent child,” as three people will have contributed genetic material: the father, the gestating mother, and the mitochondrial DNA donor.[8] I argue that the mitochondrial DNA provider who is raising the child or a donor who has not contractually waived rights has a rightful genetic claim to be recognized as a parent.

Origins of the claim of parental rights

During the English Parliament’s early debates on the origins of parental rights of mitochondrial DNA providers, Jacob Rees-Mogg, M.P., made the following remarks on March 12, 2014 in a Westminster Hall debate:

The processes or the effects of donation were not discussed thoroughly.[10] The government claimed that the status of the mitochondrial DNA donor was somewhere between that of an organ donor and a gamete donor.[11] The donor status does not cover the circumstance of the donor actively partaking in raising the child.

Semantic problems and the downplayed role of mitochondrial DNA

Because mitochondrial DNA donors donate an egg, they must undergo pre-donation screening and navigate the complicated donation and post-donation process.  For example, they might need to substantially modify their family and work routines in order to receive hormone therapy.[12] According to the Ethics Committee of the American Society for Reproductive Medicine, donors spend approximately 56 hours on counselling, screening, egg removal, and hormone therapy.[13] Furthermore, the process of egg donation is not risk-free. In undergoing hormone therapy, donors put themselves at risk of cramps, ovarian hyperstimulation syndrome (OHSS) and other side effects.[14]

The use of terminology that undervalues the role of the provider has led to systematic erasure of the importance of the donor and the work that is involved with the donation. Even the term “mitochondrial DNA donor” suggests that these women give only mitochondrial DNA, when in fact these women essentially donate an egg. Referring to them as “mitochondrial DNA donors” is dismissive of the inordinate amount of time, dedication, and inconvenience they face. Their efforts and dedication are significantly downplayed by the use of terms like “only 13 genes” and “just mitochondria,” and by framing the debate in terms of organ or tissue donation where anonymity is the norm.[15] This contributes to the lack of importance and “renders them invisible.”[16] The report by the Nuffield Council on Bioethics on the ethical review of the prevention of Mitochondrial DNA Disorders has also been subject to criticism; some scholars allege that it neglects the social and ethical dimensions of the donation from the perspective of the egg donors and those who plan to raise the resulting child.[17]

Mitochondrial DNA providers who plan to parent the child do everything that egg providers do when using reproductive technology to become a parent but are still refused parental rights. Given that gamete providers who raise the resulting children have parental rights under certain circumstances (men whose sperm are used for in vitro to produce a child they plan to jointly raise),[18] mitochondrial DNA providers should have comparable legal rights.

The Genetic Case for Lesbian Parenthood

In other circumstances, mitochondrial DNA donors would generally contractually waive the right to parenthood as would any gamete donor. As with fathers, a marital presumption does exist in many states in the US and two mothers can be named on birth certificates. Yet, because the presumption in some states is negated if the father is not the sperm provider, the role of mitochondrial DNA would be especially important in the US.

Some courts have rejected the parental and visitation rights of same-sex couples on the grounds that they are not genetically related to the child.[19] A lesbian mother who provides her mitochondrial DNA parental rights should be recognized as a legal parent.

Not allowing lesbian couples to use the technology would be, as Griffith puts it, “an example of how science and regulation seek to expand models of traditional relatedness in a way that does not challenge the (bionormative) existing order.”[20] The non-therapeutic uses have come under fire by bioethicists who consider them eugenic.[21] There is forceful opposition to the idea of lesbian parents having a child that is genetically related to both of them because, as Baylis puts it, “ [I] want to live in a world where Bioethics is not busy fiddling while Rome burns – occupying itself with inconsequential matters such as the desire for genetically-related children when there are so many more urgent problems in the world.”[22]Others argue valuing biological relationships devalues adoption and that mitochondrial DNA use is experimental and unjustified.[23] I argue that parenthood has traditionally been determined by a parent’s genetic likeness to the child and there is nothing wrong in a parent wanting to be genetically related to their children. In fact, the historical concept of kinship in family law is dependent on having biological offspring.[24] I argue that giving birth to biological children is perhaps the most basic of the procreative rights. Cavaliere, et al., who support access to mitochondrial replacement therapy for lesbian mothers, argue that any liberal society that only provides heterosexual couples with a means to meet their reproductive needs has a skewed view of equality. They further assert that homosexual couples have already limited reproductive autonomy that deprives them of their reproductive freedom.[25] Ensuring lesbian mothers have access to mitochondrial replacement therapy will ensure that the rights of both mothers are equal and that the rights of the mother who gives the nuclear DNA do not supersede the rights of the other mother on mere account of genetic similarity.[26]


[8] Baylis, The Ethics of Creating Children with Three Genetic Parents.


[11] Public Health Directorate, Health Science and Bioethics Division. Draft regulations to permit the use of new treatment techniques to prevent the transmission of a serious mitochondrial disease from mother to child. 2014. https://assets.publishing.service.gov.uk/government/uploads/system/uploads/attachment_data/file/332881/Consultation_response.pdf.