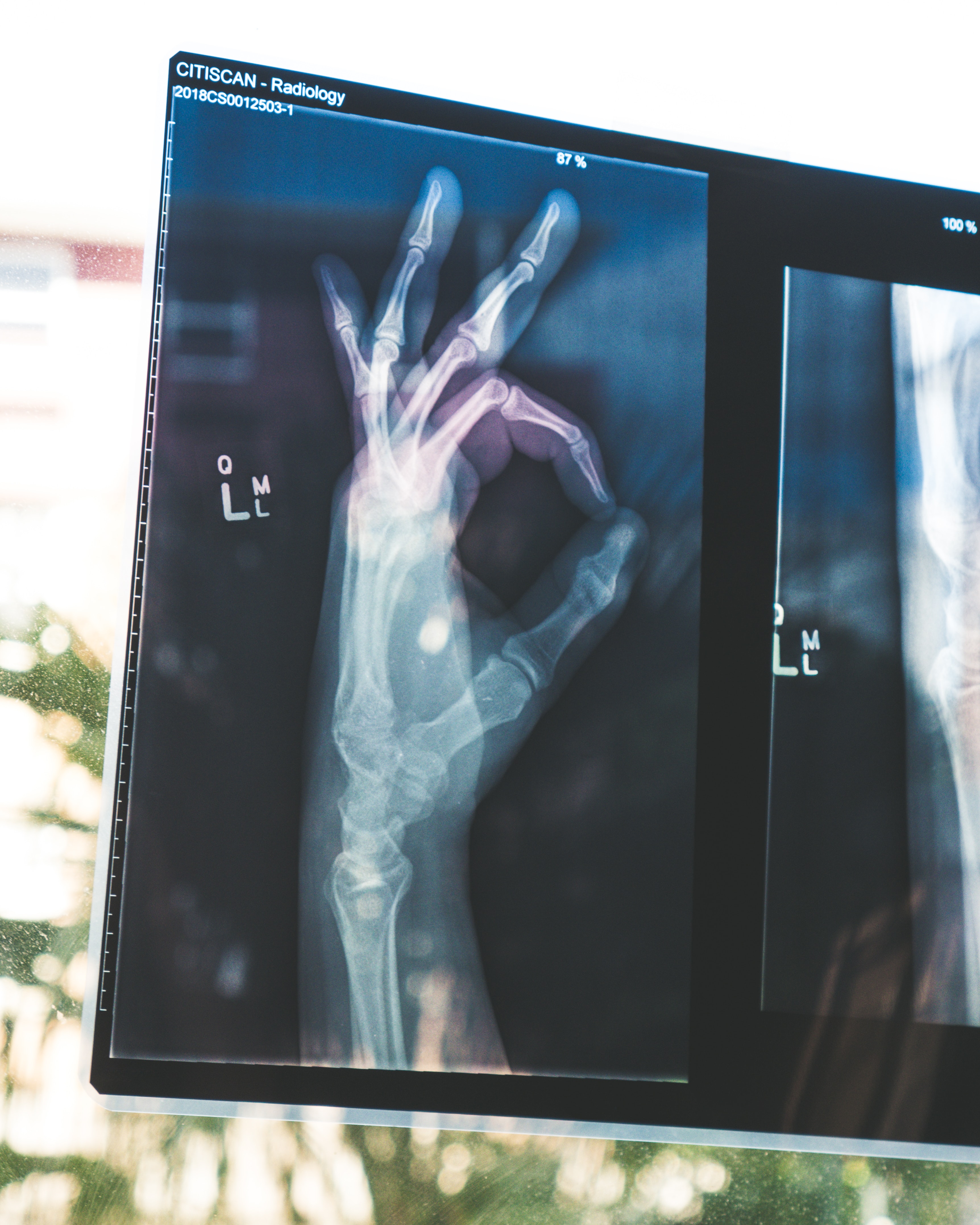 Photo by Owen Beard on Unsplash

Through its professional associations and healthcare organizations, the medical community has made numerous anti-racism statements in the past year, including the American Medical Association’s (“AMA’s) Organizational Strategic Plan to Embed Racial Justice and Advance Health Equity.[1] Converting these statements into practical change will take time and money. In addition to implementing anti-bias training and education on racism in clinical practice, the medical community should also advocate to enhance and enforce Title VI anti-discrimination laws. The current limitations on enforcement conflict with the medical community’s ethical duty to improve health equity and treat all patients with a high standard of care. Advocating for legislation that meets the standards of other civil rights laws to hold the healthcare industry legally responsible for discrimination should be part of medical professionals’ anti-racism work.

Despite the lack of a federal constitutional right to health care, the United States does acknowledge the importance of health and health care through its laws and spending decisions. In 2010, the Affordable Care Act (“ACA”) created health insurance options for 20 million additional Americans and reduced the gap in healthcare access among populations.[2] Although it did not ensure a right to health care and it does not guarantee a right to health, healthcare access is an important element of a healthy life and broadening the reach of health insurance is a worthy goal.

Outside of the ACA’s offer of affordable health insurance, only a few stakeholders have gained “weak” statutory rights to publicly funded health care such as incarcerated people, the elderly, disabled, and the very poor.[3] Yet, the adoption of the public insurance programs Medicaid and Medicare in 1965, along with Title VI of the 1964 Civil Rights Act (“Title VI”), did create some rights to sue for discrimination in health care, even for people who are not recipients of Medicaid and Medicare benefits. Under Title VI, private institutions that receive federal financial assistance are prohibited from discriminating on the basis of race, color, and national origin.[4] Initially, this civil rights legislation had a major effect on health care because more than 1000 segregated hospitals immediately integrated their facilities in order to comply with the legislation and participate in Medicaid and Medicare.[5] Medical professionals interested in anti-racist work would do well to learn the history of Title VI; grassroots support of civil rights laws in the 1960s encouraged huge steps forward in eliminating de jure segregation in health care.[6]

Title VI has been less effective when addressing more subtle forms of discrimination. Despite being one of the broadest anti-discrimination statutes, Title VI has been referred to as a “sleeping giant” because its full power has not been used to great effect.[7] The ACA included some attempts to improve Title VI’s effectiveness (see below), but much more could be done. Like most civil rights laws, Title VI discrimination may be alleged as disparate treatment (intentional) or disparate impact. Disparate impact claims are challenging to prove and may involve arguments such as how moving a hospital from an inner-city area to a wealthier suburban location will have a disparate impact on the local Black population. Besides the evidentiary challenges involved in demonstrating disparate impact, such a claim fails unless the plaintiffs can prove that a reasonable explanation for the action, such as cost savings, is a pretext for discrimination.[8]

Title VI claims are also challenging because of the limitation on plaintiffs, the limitation on the scope of defendants, and enforcement issues. In 2001, the US Supreme Court held that individual plaintiffs cannot sue under Title VI for disparate impact claims, requiring a federal agency to do so.[9] While hospitals and other entities are potential defendants under Title VI, individual medical professionals are not, even though approximately 40 percent of Medicaid and Medicare reimbursements now go to physician and outpatient care.[10] The primary enforcement mechanism for Title VI healthcare claims is forcing compliance with the law through the threat of withdrawal of federal reimbursement.[11] The  threat of financial punishments may harm communities, however, when low-resourced hospitals lose funding or are forced to fund rehabilitation programs.[12] Inequities between hospitals in different locations currently cannot be addressed under Title VI.

Recent attempts to improve Title VI have failed. In the ACA, legislators included several updates to Title VI that appeared to improve its potential as a tool for reducing healthcare inequities. Section 1557 of the ACA changed the definition of “federal financial assistance” programs to include Medicaid and Medicare Advantage, thus expanding the pool of possible defendants to include individual providers.[13] However, the Department of Health and Human Services issued an implementing rule that specifically did not include Medicare Part B, so as of now patients cannot bring suit against sue their doctors for Title VI discrimination.[14]

Some authors argue that the ACA also repealed the Supreme Court decision that prevented individuals from bringing disparate impact claims under Title VI.[15] So far, however, courts still interpret Title VI as supporting private claims only for intentional discrimination.[16] Individuals can still bring disparate impact claims to the Office of Civil Rights (“OCR”) and the Federal government may take action on their behalf. Because of the lack of available private action, however, there is no robust group of Title VI attorneys developing these civil rights cases.[17] If the legislature wants to encourage private enforcement of Title VI discrimination cases, it could also add punitive and compensatory damages to the available remedies, as it did with Title VII employment discrimination cases,[18] thus empowering plaintiffs and their lawyers to seek private remedies for discrimination in health care. Private litigation could be used as an additional lever in strategic approaches to eliminating discriminatory practices and improving health equity.[19]

In 2003, the Institute of Medicine’s Committee on Understanding and Eliminating Racial and Ethnic Disparities in Health Care recommended that the federal government increase funding for the OCR to encourage investigations into violations of Title VI based on systemic discrimination in health care.[20] The committee saw such enforcement as a “last line” of defense against systemic racism in health care, and a way to find such suspected racism through proactive investigations. Unfortunately, the OCR continues to be “notoriously” underfunded, but future administrations may be encouraged to rectify that problem.[21]

Permitting more individual lawsuits may improve Title VI by providing better enforcement mechanisms and broadening the scope of possible defendants. These litigation tools will never bring about a right to health but can reduce inequities in access to and treatment in the healthcare system. Health professionals can support such proposals as individuals and through their professional associations.

Of course, not all stakeholders agree that the federal government should enforce greater access to health care; after several states brought suit, the US Supreme Court struck down the ACA provision that would have effectively required states to expand Medicaid eligibility.[22] In addition, many health professionals will object to individual Title VI lawsuits. Distinguishing between malpractice litigation and discrimination litigation will be important so that healthcare practitioners do not feel their livelihoods are threatened by Title VI. If improving health equity and combating racism is seen part of one’s ethical duty, then medical professionals should embrace a willingness to be held accountable personally, and even more importantly, as part of a healthcare organization.

The AMA has a well-documented history of racism, and the organization has apologized and sought atonement. Part of that history includes a failure to support civil rights legislation in the 1960s and active opposition to Medicare, Medicaid, and the desegregation of hospital staff.[23] Notably, the National Medical Association, an African American medical association, worked hard to support civil rights laws and integration in the 1960s, but could not convince the “White” AMA to follow suit. As part of its anti-racism efforts, the AMA could work with legislators to craft appropriate changes to Title VI and take on the task of educating its membership.

Health professionals should understand that the shortcomings of Title VI in eradicating racism in health care were due to decisions about and interpretations of the law which were influenced by the medical profession itself. Educating all the stakeholders about the connections between health, healthcare access, and strong enforcement of our civil rights statutes and regulations is one way that health professionals can actively engage in anti-racism work in the healthcare profession.

[4] Title VI of the 1964 Civil Rights Act, § 2000d (“No person in the United States shall, on the ground of race, color, or national origin, be excluded from participation in, be denied the benefits of, or be subjected to discrimination under any program or activity receiving Federal financial assistance.”)