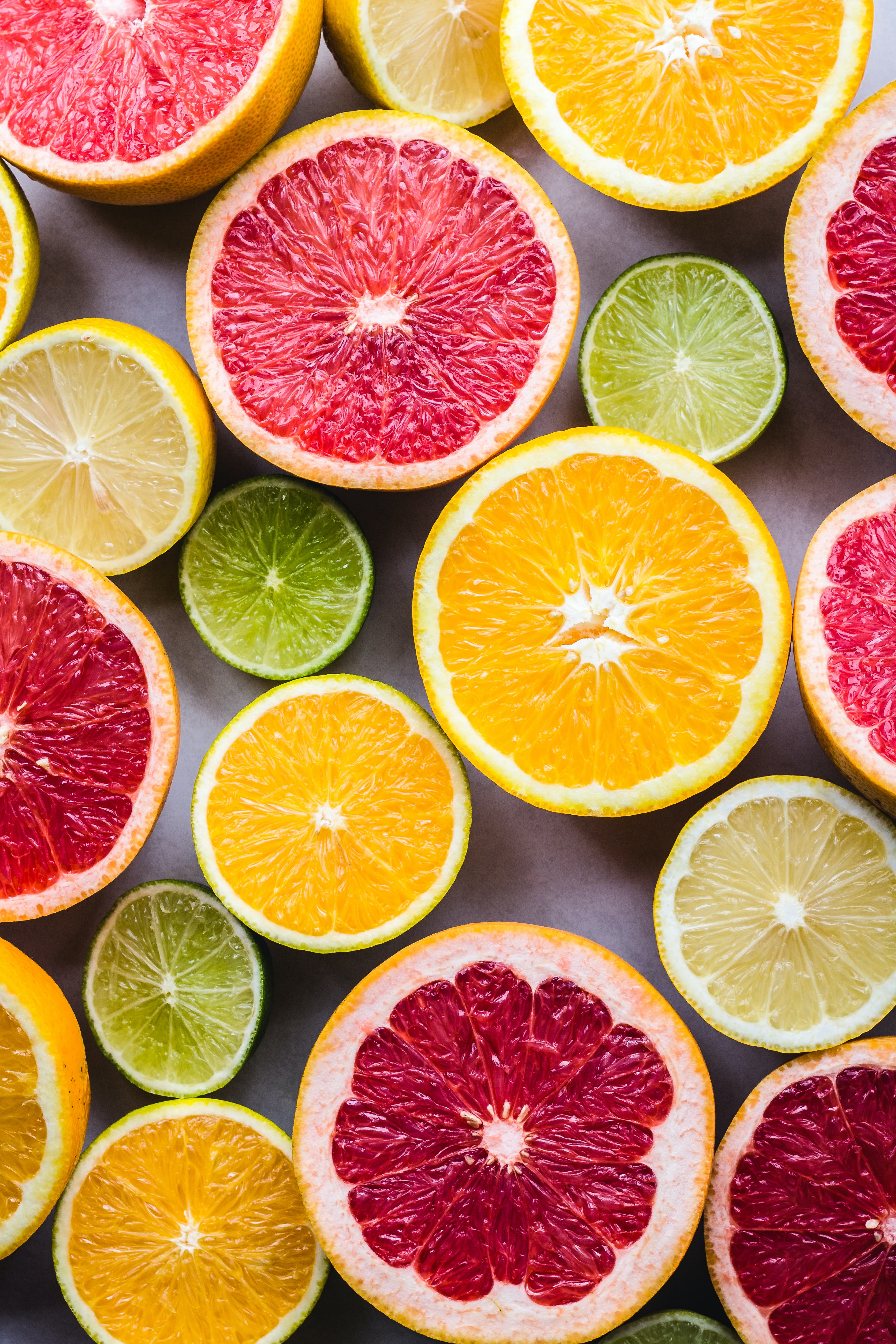 Photo by Bruna Branco on Unsplash

“The author eats a pescatarian diet and donates money to animal sanctuaries advocating against factory farming. She also likes donuts.” Oversharing from a young research scientist, or necessary disclosure for full evaluation of nutrition research? Although most pharmaceutical researchers never ingest the medications they study, all nutrition researchers eat food and make dietary choices every day. Moreover, nutritional studies can quickly amplify in the media, encouraging the public to change their diets and buy new products now, with no doctor’s visit or prescription needed. Bioethicist John P.A. Ioannidis of Stanford University advocates for a registry of conflicts of interest involving the food industry and suggests that nutrition researchers disclose their activist work and dietary preferences, if relevant to their particular research.[1]  These changes to the ethical standards of nutrition research are necessary in today’s fast-paced internet world.

Nutrition is a difficult and expensive area to research.[2] Even when diets or vitamin supplementation show positive results in animal studies, follow-up nutritional studies on humans may not yield similar outcomes due to the complicated nature of food -- researchers cannot lock up humans and feed them a bland diet plus a B-12 supplement for a year. Following numerous research subjects for multiple years may be the only way to determine the effects of a nutritional change, but this is an expensive proposition.[3] Even when such longitudinal studies are funded and carried out, environmental factors and genetics may undermine the cleanest of studies. Nutrition researchers must often rely on observational studies, which only show a correlation between nutrition intake and outcome, not cause and effect.[4] However, the weaknesses of correlation studies are often lost on the public in search of instantaneous advice on how to eat “right.”

The pressures of research funding may encourage scientists to pursue areas of study that will make a big splash and go viral, leading to more funding and even book deals for some “celebrity” scientists.[5] Although researchers may act out of the desire to pursue excellent research and benefit the public, they are ethically compromised by the need for publicity. The human nutrition industry influences the public’s eating habits and interests, which then influences the researchers in search of grant money. This enmeshment requires diligence in disclosing conflicts, including the personal dietary habits of researchers.

Dr. Ioannidis raises the important point that some conflicts may arise not just from potential book deals but also from more subtle associations: nonprofit organizations may benefit from social media amplification of an affiliated researcher’s work.[6] Researchers sometimes advocate for health or environmental improvements they study, perhaps hoping to increase the beneficence of their research to society. This type of advocacy, dubbed the “white hat” bias, may be at odds with the scientific ideal of non-partisanship and should be disclosed, if not completely discouraged.[7] The goal of beneficence in nutrition science would be better served by independent researchers who can conduct nutritional studies and present their data neutrally, allowing for independent replication of data before presentation as a conclusive finding to the consumer.

A few unethical researchers have made terrible missteps and overstatements of research findings, leading to confusion, at best, and distrust of the science of nutrition, at worst. In Sweden during the 1970s, researchers extrapolated from a study on cells to conclude that ingesting carbohydrates did not lead to weight gain in humans.[8] In 2018, a top nutrition researcher left Cornell after 13 of his published papers were retracted due to errors including statistical manipulation on inconclusive data sets.[9] In the past 40 years, Americans have repeatedly changed their diets in response to such nutritional discoveries, adding oat bran to everything, eliminating every possible fat, avoiding all carbohydrates, and currently, eliminating gluten and eating a paleolithic diet. Entire food industries are built around each new finding: just look at the explosion of acai “antioxidant” products at any local grocery store. (Note: in follow-up studies, antioxidant supplementation has not been shown to have health benefits to humans.[10])

Fad diets have come and gone for hundreds of years and often repeat themselves; a few examples include the “banting” low-carb diet craze of 1863 or the “Bile Beans” weight loss laxative ads from the 1940s.[11] The difference today is that nutrition research can go directly from an obscure scientific journal to an internet craze gobbled up by millions of consumers overnight. Unlike falsified or exaggerated data in pharmaceutical research, exciting but inconclusive nutrition research can be implemented by consumers from the comforts of their homes and cannot get “retracted” from the public eye so easily. Internet advertising uses “clickbait” ads that are often in the form of regurgitated article headlines at the bottom of webpages known as “chumboxes.”[12] Consumers clicking on this old, fake or patently wrong nutritional news may waste time and money chasing nutritional perfection without verifying the information with a doctor.

Some of the recent fad diet news has begun to reuse the old Hippocratic phrase “food is medicine,” with some even encouraging people to abandon prescribed medications in favor of novel food cures, or to experiment with untested supplements as “non-medicine.”[13]  While doctors and nutritional scientists certainly see food as an important component of health, they would not recommend that consumers with serious health issues make dietary changes and ignore physician advice. If genome science now indicates that people react differently to pharmaceuticals due to their genes, isn’t it logical that people may react differently to diet plans based on their genes, age, or other factors?[14] Medical advice and understanding of nutrition will become even more important and complicated in the genomic age, and it may become crucial for the most accurate nutrition research to be delivered into the hands of the right consumers – food will no longer be a neutral agent of health equipoise, but rather serve as a maleficent force for some people.

As part of an ethical review, nutrition scientists should consider how the effect of social media and the internet may turn neutral research findings maleficent. It may no longer be sufficient to only insert the standard scientific disclaimers regarding “additional research is needed.” Nutrition researchers should insert warnings that no one should adjust a diet without consulting a physician. Perhaps an independent interagency commission of the FDA and the FTC should look at all the ways nutritional information can be disseminated in the news and provide some sort of additional stamp of approval so that consumers know that advice from companies like Goop is not FDA approved, but that certain scientific research studies are. The FTC should aggressively pursue claims of deceptive advertising against untested products and require nutrition and diet advice to have clear warnings about the lack of scientific validity and the risks of dietary changes. These steps may seem paternalistic, but internet crazes and celebrity sponsorship of wrong-headed nutritional fads are more than simply annoying: they are dangerous, especially to less-educated, vulnerable consumers and people desperate to lose weight and/or regain health. Disclaimers and disclosure of conflicts can help provide some balance of justice in the study of nutrition.

The above suggestions require further elaboration and government intervention, but what can nutrition scientists do immediately to stake a claim to ethical research and high standards? As I said above, I do not eat meat and I am against factory farming. Must I disclose this if I am a nutrition researcher, especially if I am evaluating diets involving meat? It seems critically relevant that I make a choice, three times a day, to avoid particular foods. Some dietary regimens derive from strongly held religious and cultural beliefs, and even when religion is not involved, some people pursue their dietary choices with religious fervor.[15] Even if I don’t believe these lifestyle choices make a difference in my research, I should still disclose them because of the danger of unconscious bias.[16]

In a world in which the heads of major research hospitals fail to disclose financial conflicts involving millions of dollars, this ethical requirement may seem overblown, even silly. But reflecting on these potential conflicts may help researchers understand their own unconscious biases and make readers better understand a researcher’s opinions and findings. In some cases, these disclosures may make the scientific findings even more compelling. For example, if a vegetarian completes a study showing the health benefits of meat, readers may give that study more weight. If a donut lover finds that donuts are unhealthy . . . never mind, some research should never be done.