Published in Sister Outsider: Essays and Speeches, Audre Lorde’s “Age, Race, Class, and Sex: Women Redefining Difference” is a powerful essay that calls for women to unite, form a cohesive movement, and recognize forms of oppression that go beyond sexism. Lorde accomplishes this by speaking from her perspective as a black lesbian woman, which brings some overlooked issues to light and deconstructs many of the misconceptions and beliefs held by white and black women alike. In addition to exposing some of the problems that maintain a flawed system for dealing with difference, the author discusses how often class and race are linked to the production of various forms of literature. Prose is contrasted with poetry, which Lorde believes is viewed by many as a “less ‘rigorous’ or ‘serious’ art form” and, perhaps not coincidentally, is also “the major voice of poor, working class, and Colored women” (116). It is interesting, then, to see how the author chooses to deliver this message and how the forms she selects for herself are indicative of her ideas. By incorporating a poem at the end of her piece she is able to reflect her own identity, redefine value, and exemplify how difference can be used to create unity.

Although most writers commit to the conventions of the single genre in which they are composing, Lorde in “Age, Race, Class, and Sex: Women Redefining Difference” does not seem to discriminate between poetry and prose. Much like this text, Lorde’s identity, which she unpacks here, is a complex mix of many different aspects. In this particular case, the fact that she chooses to include a poem at the end of her prose signifies that she is opposed to being constrained, both in her work as a writer and in how she represents herself overall. The author notes in her essay that others often encourage her to single out one component of her identity and put it forward as a depiction of her whole self (120). Not only is she opposed to claiming that a single part of her identity represents her, but she warns us that doing so might conceal other valuable qualities of one’s self. Moreover, Lorde argues that this practice is a “destructive and fragmenting way to live” and writes that “[her] fullest concentration of energy is available to [her] only when [she] integrates all the parts of who [she is]” (120). Because she wants to be defined as more than black, or lesbian, or woman, or even poet, she constructs a text where she is able to present various components of her identity.

In addition to reflecting her different selves, the combination of poetry and prose acts as a commentary on society’s perception about which forms of literature are more valuable. When she explains how a women’s magazine decided to leave out poetry in one of their issues because they viewed it as a “less ‘rigorous’ or ‘serious’ art form,” she exposes how one’s ability to produce literature is often influenced by class (116). In fact, Lorde describes how poetry is the most economical of all the art forms because it can be done “between shifts, in the hospital pantry, on the subway, and on scraps of surplus paper” (116). Not only is Lorde acknowledging the class difference by explicitly saying it is cheaper to produce, but she is also creating a relationship between the lower class and poetry by describing the familiar scenarios in which one can write poems. Even though she states that poetry is more economical, she bestows on poetry a different type of worth by emphasizing how writing it requires a fierce commitment. This idea comes to fruition when one considers that, according to Lorde, many women of color who write poetry are also struggling financially and holding more than one job. Lorde then further reframes how we measure value: “For as long as any difference between us means one of us must be inferior, then the recognition of any difference must be fraught with guilt” (118). By including a poem in the body of the essay, she is able to reclaim the value not just of her and other black women’s poetry, but also their Selves.

And so, the notion that prose and poetry should be equally valued and can be included in the same piece is a metaphor for white women and women of color respectively. In other words, why should poetry and prose be separated just because they are different genres of literature? One of Lorde’s main arguments is that people have all been conditioned to respond to difference with “fear and loathing” and to deal with such difference “in one of three ways: ignore it, and if that is not possible, copy it if we think it is dominant, or destroy it if we think it is subordinate.” This leads to our inability to think of the other as equal and often causes “separation and confusion” (115). In other words, society has taught us that difference is something negative, which is why it becomes very complicated to embrace. In addition, the author argues that pretending those differences do not exist “results in a voluntary isolation, or false and treacherous connections” and that we need effective tools in order to use difference as a platform for change within our own lives (115). After ten pages of skillfully crafted prose, the poem at the end does stick out. It ought to, if it is a new tool. Yet, it works perfectly because of the thematic similarities it shares with the rest of the speech and because it adds a layer of complexity and emotion. Lorde points out throughout her essay that unity does not require—and is not synonymous with—homogeneity, which is exactly what she shows us in her writing.

To further speak about the thematic similarities between Lorde’s prose and poem in her text, one can look at how much they share. At first glance the one stanza at the end seems to be the only form of poetry, but upon closer inspection one finds that there are poetic elements in the prose as well. For instance, when she writes in her prose about how white women often have a fantasy that if they do everything well, they will be allowed to “co-exist with patriarchy in relative peace,” she mentions how “unless one lives and loves in the trenches it is difficult to remember that the war against dehumanization is ceaseless” (119). Not only is the language of the sentence poetic—because it makes use of metaphor and war imagery to speak about oppression—but this same idea is referenced in the poem later. In her verses she writes about women being part of the same fight and of achieving a kind of unity by using words such as “battles,” “war,” “blood,” “win,” and “lose,” which is a nod to the war imagery she used previously (123). The shared imagery and language help Lorde integrate her poetry with her prose, but also challenge the perception that the genres are a perfect binary. In her writing, they overlap and intersect.

Ultimately, in “Age, Race, Class, and Sex: Women Redefining Difference,” Lorde urges women to recognize all forms of oppression—such as racism, ageism, and heterosexism—and to wake up to how one’s different experiences and backgrounds can serve as tools for societal change. Not only does Lorde explicitly tell us this, but she also shows it to us in her own writing choices. Although prose and poetry are structurally different, they can work in the same piece when they share the same language and themes. They can reclaim the value of work and the people who perform that labor. Lorde’s writing is as reluctant as she is to single out one feature as a representation of a whole identity. 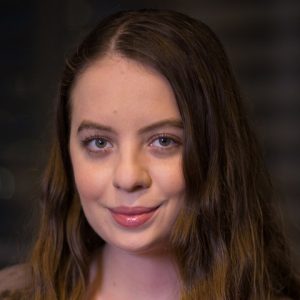 Fernanda Jimenez ’20GS  majors in Film and Media Studies, and is pursuing a concentration in Hispanic Studies. When not at Columbia, she tutors writing, math and film at a community college, and collaborates in a San Francisco-based radio show speaking about feminism, sports and politics. She grew up and lived in Mexico City for 20 years, and hopes to become a filmmaker in the future.