“But Sally, wouldn’t you want to marry a white guy?”

I froze. It was a Saturday afternoon, and my friend and I were passing a bag of chips back and forth, talking about boys. Correction: she talked about boys, and I listened. When she told me that a white boy from our English class seemed interested in me, I replied that I wasn’t into dating white men. What I really meant was that I wasn’t into men. But at the age of fourteen, I was unsure of myself and unable to fully grasp the various identities that crisscrossed my being. That was when she dropped the bomb: “But Sally, wouldn’t you want to marry a white guy?”

I muttered something about being uninterested in marriage, and the moment passed. Her question, however, haunts me to this day. While my fourteen-year-old self was vaguely offended but unable to pinpoint the offense, I can now define what hurt me then and continues to affect me as an Asian woman in the U.S. My white friend, perhaps unconsciously, made two assumptions about me: first, that I am heterosexual, and second, that I belong with a white man.

My friend’s assumptions seem to have stemmed from the popular stereotype that Asian women are passive love interests of white heterosexual men (Lee 117). Having grown up in an all-white community, my friend had only seen Asians as minor characters in television and film before meeting me. It seems likely, then, that she internalized these media images, which often perpetuate passive stereotypes of Asian women by representing us as some variation of the “Lotus Blossom Baby” trope: the Oriental figure who is hyper-feminine, delicate, and submissive to men (Tajima 309). This Oriental woman is without a voice to express her own desires, as her speech is a “nonlanguage—that is, uninterpretable chattering, pidgin English, giggling, or silence” (309). So, in the rare occasion that she speaks, the white man does not, and need not, understand. Her wants and desires, unheard, are therefore nonexistent, and she exists only to satisfy his sexual fantasies. In the image of the “Lotus Blossom Baby,” racism and sexism intersect: the Asian woman, a racial other, submits herself—sexually and otherwise—to white patriarchy.

This convergence of racism and sexism leads to the invisibility of us queer Asian women. Just as my friend assumed that I could not be anything other than a heterosexual who wants to marry a white man, those of us who do not fit the Lotus Blossom mold are rendered nonexistent. “[P]eople see me . . . as somebody who should be with a white man. Which means I’m heterosexual. Which means I can’t possibly want . . . my own [Asian] sisters,” says an Asian-American woman who considers herself a lesbian, in an interview with queer studies scholar JeeYeun Lee (119). Her identity as a woman who desires co-ethnic women is obscured by stereotypes of Asian femininity: since Lotus Blossoms are objects of white male desire, the public has a hard time imagining us as people who embody sexualities unsubordinated to white men. Even queer communities do not seem immune to the Lotus Blossom image. According to Richard Fung, Asian female faces are almost never represented in images produced by mainstream gay and lesbian organizations (237). In other words, the various sexual identities that we possess are unrecognized, not only in mainstream society, but also in queer spaces, perhaps because of the notion that we belong with—and exist for—white men.

As a woman and a feminist, I am sometimes tempted to sideline my race to identify with a collective women’s struggle against sexism. I am, however, also aware that in many of my non-Asian peers’ minds, stereotypes of my gender and Asian heritage come together to erase my queer identity. Perhaps the only way to start deconstructing these stereotypes, then, is to acknowledge the intersectional oppression that we queer Asian women face and reject feminism that focuses only on gender. “There is a pretense to a homogeneity of experience covered by the word sisterhood that does not in fact exist,” says Audre Lorde in her essay, “Age, Race, Class, and Sex: Women Redefining Difference.” As Lorde points out, there is no universal narrative of female oppression: each woman’s race and sexuality—among other identities—converge to create a unique experience of her womanhood. So, each woman’s strategy of resistance must also be unique. Though I could not come up with a satisfactory comeback to my friend’s question that day, I now start my resistance by saying, clearly and emphatically: “No, I would not want to marry a white guy.” 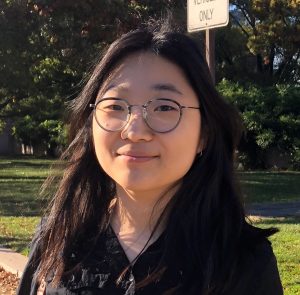 Sally Jee ’21CC hails from South Korea and plans to study Neuroscience and Behavior at Columbia. She identifies as a queer feminist and is a member of the Columbia Queer Alliance. She is also a mentor for Young Storytellers - Script to Stage and a peer advocate for Sexual Violence Response. In her free time, she likes to read and watch cat videos on Youtube.