There is a radiance in her smile. That flush of joy, caught in the curve of her lips, is almost infectious. And perhaps it is: the same look manifests itself on the faces of all the children and adults behind her—a sizeable, almost intimidating crowd that fades into the otherwise barren background. Their gazes all land on one man. His face is not shown, but his round glasses, hunched shoulders, and muted black uniform already betray his identity. His name is Aaron Feis. He is the football coach who threw himself in front of his students in the mass shooting at Marjory Stonemason Douglas High School in Florida. The gravity of his death, juxtaposed against those delightful smiles, produces an almost jarring effect. But the title of this editorial cartoon, “Hero’s Welcome,” by American artist Pia Guerra—as well as the dialogue bubble in the cartoon: “Come on Mister Feis! So many of us want to meet you!”—transforms that the initial shock into something much more complicated. The crowd represents those killed in mass school shootings. The place, then, symbolizes heaven. I start crying when I see it.

The intensity of emotions I felt was not unique. Across the Internet, the editorial cartoon evoked an enormous public reaction, and the artist Guerra appeared on various mainstream news outlets. A Washington Post article by Samantha Schmidt recorded a teacher’s statement: “I saw this earlier, and I sat in front of my students and cried. And then I showed it to them, and they cried, too. Very powerful” (Schmidt). And yet, within a short span of time, the cartoon drew backlash because not a single person of color appeared in the crowd—a representation that contradicts the diverse populations of the victims.

This cartoon, as well as the layered reaction it generated, complicates the existing dialogue on the ethics of representation. In her essay, “Who Gets to Be Human on the Evening News?” Columbia Journalism School professor Alisa Solomon writes of the recurrent trope of “the universal human subject,” a form of representation that “depends on extracting subjects from history, stirring viewers to shed a tear over human torment but not to consider questions of justice” (1587). Aimed at evoking empathy and identification, such representation—as Solomon contends—often confers humanity by “putting ‘innocent victims’ at the center of the stories” (1591). In the case of Guerra’s cartoon, enormous emphasis on the innocent, almost angelic, demeanor of the victims lies at the core of its success. The artistic choice to not depict a single person of color, therefore, bears pernicious implications. In a country that has long equated whiteness with innocence and blackness with criminality, it is hard not to interpret the cartoon as reinforcing racist tropes. After all, the cartoon’s representation of exclusively white victims invokes the assumption that this racial group alone is innocent and worthy of empathy. By extension, those not depicted—that is to say, all non-white victims—do not fit the mold of “the universal human subject.” Coupled with the over-representation of black criminals in the media landscape, the sole depiction of white victims in Guerra’s artwork carries a striking undertone of racial discrimination. How, then, should we weigh the merits of a piece that advances an important human rights issue at the expense of reinforcing racial stereotypes?

One response may be found in Harvard professor Elaine Scarry’s essay “The Difficulty of Imagining Other People,” a work that likewise explores the framework of representation. First acknowledging the limitations and inherent subjectivity of any attempt at depiction, Scarry speaks of the “imaginative labor of knowing the other,” a conscious act of mobilizing our creative capacity to better understand and empathize (103). In articulating the pitfalls of imagination, Scarry expresses two concerns: a tendency to “typically contemplate the other in the singular” and the troubling consequence that the victim’s fate is “contingent on the generosity and wisdom of the imaginer” (103, 106). Guerra’s cartoon seems to avoid the trap of the first problem by depicting a crowd. However, in reality, it still falls into that same trap, because the group is monochromatic. In terms of race, portraying an all-white crowd defeats the very purpose of invoking the plural. It embodies the same shortcomings as depicting one individual. As a result, Guerra’s artistic choice to treat “the other” as a singular entity conveys a terrifying, albeit implicit, message that white victims alone qualify for imaginative labor. It is only natural, then, that the subsequent empathy, or what Scarry describes as the “generosity and wisdom of the imaginer,” does not extend to people of color (106). In its attempt to depict the sufferings of “the other”—namely white victims of school shootings—the cartoon has, therefore, primed its viewer to create another binary of “us” and “them.” In this case, the mobilization of imagination is not so much marked by its creative potential to generate empathy, but rather by its crippling ability to neglect and exclude.

That very failure to extend empathy to the full spectrum of victims, in fact, lies at the intersection of Solomon and Scarry’s arguments. Whereas Solomon addresses the viewer’s inability to identify with those beyond “the universal human subject,” Scarry pinpoints the pitfalls of only imagining and empathizing with a singular group of victims. Both authors share in the conviction that attention to the particularity of each victim is indispensable. Guerra’s cartoon did not meet this expectation. And yet, although the cartoon failed to acknowledge the entire affected population, it is unfair and misguided to deny the real, visceral reaction it generated in viewers. Those who retweeted Guerra’s cartoon, recorded their emotional response, or vocalized their interpretation come from diverse backgrounds. They represent a wide array of Internet users from different socioeconomic classes, ages, genders, educational backgrounds, and—most definitely—races. Those affected by the cartoon are more than the “singular” or “universal” or “monochromatic” subjects depicted. They represent a much fuller spectrum than the drawn victims. This very fact, therefore, brings ambiguity to Solomon and Scarry’s logic. Indeed, although the cartoon itself failed to invoke the fullness and diversity of its subjects, how might we reconcile the fact that the viewers, each with multifaceted identities and vested interests, are capable of imagining differently?

A nuanced reading of Solomon and Scarry’s work reveals that both authors, in fact, offer ways to consider this implication. Solomon articulates the current, ongoing practice that our media “takes its cues from the human rights community,” stating that “human rights workers are sources for our stories” (1591). Here, the “human rights community” can be interpreted broadly as all viewers of Guerra’s cartoon who partook in the movement of gun control, fighting—in big or small ways—against the violation of human rights. In participating in this battle, not only did they fight on behalf of all victims, they also brought to the table their own varied identities and concerns. They illuminated the question of race and contested the ethics of representation. This almost collaborative back-and-forth between the artwork and the viewers, therefore, pushes the issue of gun control under the spotlight of intersectionality. The criticism about the cartoon’s failed representation of race, which was recounted in numerous mainstream news outlets, provides concrete evidence of the ways in which human rights advocates become the very “sources for our stories” (1591). Indeed, Scarry insists that human rights activism—and the imaginative labor it mandates—ultimately “recreates us . . . [and] is a lever across which we act on, and continually revise, ourselves” (110). At the heart of Scarry’s argument is an emphasis on continual and collaborative effort. She invokes the vocabulary of “us,” “we,” and “ourselves” to remind us that we must act because we have personal stakes in this shared endeavor (110). After all, Guerra’s cartoon may be flawed in its representation of race, but any attempt at depiction is inadequate and intrinsically biased. It is only the collective decision to contribute to the ongoing discourse—to be conscientious viewers—that makes empathy possible in its fullest form.

Over and over again I read Guerra’s cartoon dialogue bubble: “Come on Mister Fies! So many of us want to meet you!” I begin to realize that the “us” is not only the crowd depicted. That “us” also includes the daunting, enraged mass of Internet users—perhaps a street, a city, or even a continent away—who want to see. We do not have to be depicted within the confines of the page to feel a sharp, visceral pain. That raw reaction already initiates us into the shared fight against human suffering. I must partake in this fight because my multifaceted identity allows me to transform a few more of “them” into “us”; because my imagination adds to our collective capacity for empathy; and because I see, and want to see, colors beyond the monochromatic.

Scarry, Elaine. “The Difficulty of Imagining Other People.” For Love of Country?, edited by Martha Nussbaum, Beacon Press, 2002, pp. 98-110. 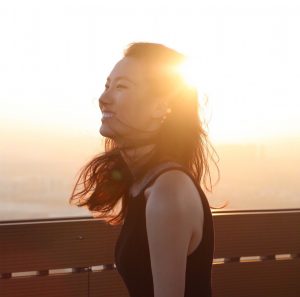 Shannon Sun ’21CC is a student at Columbia College majoring in English and Economics. Growing up in perpetual transition, she received her education in Canadian, British, Chinese, and American schools. On campus, she is the Managing Editor of the Columbia Undergraduate Research Journal and a committee leader of the Columbia Organization of Rising Entrepreneurs. In her spare time, when she\'s not drowning in work and hot tea, she likes to play squash, explore jazz clubs, and travel. Previously, her writing has appeared in The Washington Post, The Huffington Post, and the Columbia Undergraduate Research Journal.

Issue
Vol. 15 (2019)
Section
Conversation
How to Cite
Sun, S. (2019). Beyond the Monochromatic: Suffering and Empathy through the Lens of Intersectionality. The Morningside Review, 15. Retrieved from https://journals.library.columbia.edu/index.php/TMR/article/view/3455