Beneath the veneer of his formal tone and analytical style, French literary critic Roland Barthes presents an altogether laudatory account of Japanese Bunraku puppetry in his book Empire of Signs. Over the course of three essays written after his visits to Japan in the late 1960s, Barthes guides his readers through a sensory experience of this foreign and exotic “spectacle,” incessantly applauding Bunraku’s refreshing departures from Western theater throughout the vicarious, intercontinental journey he eagerly commentates (55). And indeed, Barthes establishes the bulk of his critical praise for Bunraku specifically in relation to its Western counterparts. For example, he casts the common Western practice of concealing “machinery, painting,” and “the sources of light” as an ironic form of “artifice,” given popular Western theater’s avowed desire to maintain realism (61). In contrast, he commends the visibility of the three Bunraku puppeteers onstage, describing the transparency of their actions as an “aesthetic envelope of effectiveness”—i.e., a simultaneous display of “strength and subtlety” that is unique to the artform and symbolic of Japanese culture at large (62, 61).

At a glance, juxtapositions like these seem to move Barthes’s essay beyond traditional Orientalist portrayals of the East, avoiding an unfortunate trap into which many of Barthes’s artistic predecessors have fallen. Barthes appears to fully embrace his self-anointed role as not just scholar but champion of the East by reversing the patronizing and condescending attitudes of Orientalism. For instance, Barthes boldly portrays Bunraku as embodying the “qualities which the dreams of ancient theology granted to the redeemed body” (60). The association that he draws between Bunraku and spiritual redemption, a concept evocative of the Christian salvation that plainly appeals to his readership, characterizes Japanese (and, by generalization, Eastern) culture as one of purity and virtue—at least in the “Western” sense of these words. It is instead the West onto which Barthes applies the lenses of sexuality and moral corruption, the traditional tools Orientalists used in depicting the East: he acerbically deprecates the anthropomorphic Western puppet as “the phallic ‘little thing’ . . . fallen from the body to become a fetish” (59). And thus, within the authoritative brevity of Barthes’s three essays, it appears that the image of a decadent East—for centuries seared into the collective Western consciousness—has been swiftly and deftly overturned.

However, such entrenched cultural and often racial dynamics are not so simple to erase; on a deeper level, the comparative style of Barthes’s analysis never escapes the biases that Orientalist works are prone to exhibit, but instead perpetuates the East-West divide central to their formation. In developing his rhetoric for the elevation of Bunraku, Barthes frames it and Western theater as antithetical and irreconcilable forms of art: one of transparency, the other of artifice; one of abstraction, the other of attempted (and failed) realism. This divide is only broadened by his deliberate choice of Punch and Judy as the face of Western puppetry; its crass, violent humor—diametrically opposed to Bunraku’s “fragility, discretion” and “abandonment of all triviality”—becomes a convenient straw man against which the supposed failures of Western theater can be hurled (60). This manufactured dichotomy is perhaps most clearly manifested in the titles of his latter two essays, “Animate/Inanimate” and “Inside/Outside”: the specific phrasing of these titles reflects the mutual exclusion between the values supposedly embodied by the Western and Japanese theatrical traditions, thus draining any cultural estuary that had once, perhaps, existed between the two worlds (58, 61).

Barthes’s ability to compellingly sustain this image of a cultural divide stems largely from his deliberate generalization of the two cultural spheres. For example, he casually slathers the modifier “Western” over all European and American theatrical traditions in an unreasonable assumption that they are, collectively, akin to his cherry-picked archetype of Punch and Judy in both style and form. The exception—a singular mention of “the Greek choreia” and “bourgeois opera”—is only cursorily made to highlight the far-reaching homogeneity of “Western” theater in its illusory nature, rather than to provide any evidence of the diversity of its origins (59). This blatant disregard for cultural variance expediently discharges Barthes from the responsibility of confronting any nuances or qualifications to his claim: rather than weave together a diversity of cultural traditions—each of which requires being tenderly molded and polished to fit into the multifaceted puzzle of his argument—Barthes manufactures the crude clusters of “East” and “West” which are much more easily jostled into place in his tableau of cultural antithesis.

Similarly, while Barthes uses Bunraku as a representation of broader cultural values like “impassivity” or “agility,” he refers to Japan minimally throughout his essays (60). Functionally, this lack of identification leaves the culture behind Bunraku highly ambiguous—and neglects the cultural context his readers may need to meaningfully appreciate Bunraku’s unique characteristics. Given the Eurocentric norms of Western art criticism, many of Barthes’s French- or English-speaking readers, if unfamiliar with the diversity of East Asian cultural traditions, might be wont to fall back on more familiar and misinformed notions of “the East” in the absence of explicit specification by the author. This tendency thereby allows Barthes to further shirk his authorial obligations to precise cultural representation as he touts the wondrous qualities of the now-Orientalized Bunraku puppetry.

The false East-West dichotomy sustained by Barthes could, perhaps, be considered innocuous (albeit ignorant) if these essays were merely descriptive, but through his active comparative critique—not just of the dramatic forms but of their underlying cultural values—the dichotomy inevitably fosters a climate of tribalism in his writing. This climate, in turn, mutates his praise of Bunraku into a subtle but dangerous form of othering. These undertones are apparent in Barthes’s choice of language when examining Bunraku’s cultural values. For example, his contrived fusion of the carnal with the intellectual in his characterization of the Bunraku doll as a “sensuous abstraction”—while seemingly a scholarly appreciation of its symbolic nuance—casts the art as an unnatural, and even inhuman, practice (60). Similarly, he later concludes that Bunraku “dismisses the concept which is hidden behind all animation of matter and which is, quite simply, ‘the soul’” (60). While framed as a commendation, this statement evacuates from Bunraku the passion and individualism—the essences of humanity—ascribed to the soul in the Western tradition (60). Thus, the sense of detachment that defines Bunraku, at least in Barthes’s account, forms the basis of a divide he inserts between his subject and his readers. To the latter, Bunraku is elevated as something foreign, placed just out of reach by Barthes’s laudatory language; its abstract qualities become something readers cannot—or rather, are told that they cannot—ever empathize with or aspire to.

Ironically it is, in fact, Barthes’s previous deprecation of Western puppetry that magnifies this sense of alienation. While Barthes compares Western theater to a “space of Sin,” this “Sin” is, continuing with his Christian theological metaphor, ultimately human and thus comfortably familiar to Barthes’s intended audience (61). Similarly, the frequent associations Barthes draws between Western puppetry and eroticization, though suggestive of moral corruption, cast the Western dramatic tradition as a warm, animate, and organic alternative to the cold and distant Bunraku (61). The existence of this alternative is powerful because it anchors the reader, providing a familiar and accessible experience to which to cling, regardless of its supposedly boorish nature. And especially under the paradigm Barthes establishes of mutual exclusion—i.e., that Bunraku is inherently incompatible with Western values—it is this sense of comfort with Western tradition that, when the false options of “East” and “West” are laid out in plain juxtaposition, discourages readers from exploring the cultural implications of Bunraku or embracing its drastically yet not exclusively different form.

It is unclear whether these effects were intentional, yet they undoubtedly loll in the depths of Barthes’s opaque prose. And these enshrouded implications may present an intellectual danger, for while Barthes’s writing takes a seemingly opposite approach from the blatant condescension and patronization of traditional Orientalism, the effect it produces is of an interestingly similar nature: that of misconception and alienation. This strange and subtle overlay of praise and exclusion may catch unsuspecting readers unaware, and in doing so work subliminally to prejudice or to misinform. Therefore, while the origins of these underlying dynamics may be due to subconscious biases or epochal attitudes—rendering tenuous, if not futile, a judgment of Barthes according to contemporary standards—acknowledging the existence of these interpretive tensions in Barthes’s work nevertheless can provide a fresh reading of his essays: a reading cognizant of the cultural influences in motion and the historical factors at play. This refined and nuanced perspective may reveal greater insights into not just the traditions of Bunraku, but also the continued and evolving traces of Orientalist thought in the modern, globalized era. 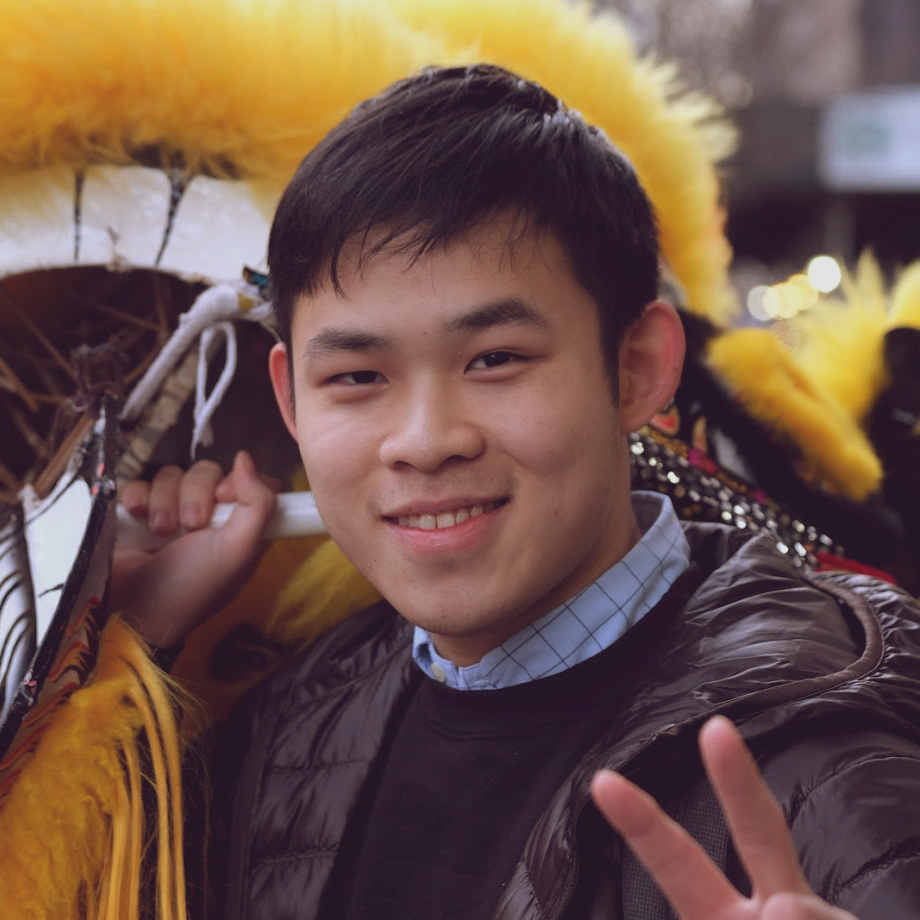 Ethan Wu is from Taipei, Taiwan, and currently studies Computer Science. On campus, he is an editor for the Columbia Science Review and a member of the Taiwanese American Student Association. In his free time, Ethan is also an amateur lion dancer and a fan of The Guardian's cryptic crossword puzzles.