In his essay “Tense Present,” David Foster Wallace claims that Bryan Garner’s A Dictionary of Modern American Usage is effective because Garner effaces his individuality from the argument: upon finishing ADMAU, the reader has no idea whether Garner is “black or white, gay or straight, Democrat or Dittohead” (57). To Wallace, Garner’s ethical appeal derives from the fact that he does not seem to exist at all, and he doesn’t let his personality get in the way of his argument. But while Wallace claims that Garner is a “genius” (57), he deliberately departs from Garner’s anonymous writing style. In fact, Wallace flaunts his authorial voice, and by the end of the essay the reader is well acquainted with the author. This begs the question: if Wallace so admires Garner’s impersonal approach, why does he appeal to his reader with such different rhetoric?

Indeed, David Foster Wallace shares an awful lot about his past and present life. From the author’s endless digressions, we know that Wallace is a SNOOT, his family’s nickname for a usage fanatic “whose idea of Sunday fun is to look for mistakes in Safire’s column’s prose itself” (41). We know that Wallace, like his mother, is an English teacher. We know that Wallace is the product of a “nuclear family,” his mother being “a SNOOT of the most rabid and intractable sort” and his father being the sort of guy who just “rolled his eyes and drove” while his neurotic family members hollered SNOOT-y songs from the back seat (41). We know that Wallace was the kind of kid who actually wrote these songs, and the kind of kid who actually knew what the word “solecism” means.

In fact, David Foster Wallace seems to go out of his way to share snippets of his Grammar Geek past. This show-and-tell attitude is in complete opposition to Garner’s more anonymous strategy, which can lead the reader to believe that if Garner is a genius, then Wallace must be a nincompoop for projecting himself onto his argument.

But David Foster Wallace does not always write as David Foster Wallace, the Rural Midwestern and SNOOT-y English professor, might be expected to write. He makes liberal use of unconventional words, acronyms, and abbreviations as well as the irregular capitalization of nouns (“SNOOT,” “ADMAU,” and “Computer Nerd,” just to name a few) (41). Lexicographic jargon, such as “1-P pronoun,” and extensive footnotes imitate academic prose, and yet within those very same footnotes Wallace has no reservation in bandying about words like “wacko” (51) and “total idiot” (53). Childish speech (such as the “plus” in “plus also the ‘uncomfortable’ part” and the “sort of” in “it was sort of our family’s version of ‘100 Bottles . . . Wall’”) sits alongside obscure foreign imports such as à clef and Sprachgefühl (41). In fact, David Foster Wallace’s essay uses as many different writing styles as there are dialects of Standard English.

Wallace’s prose has far more character than Garner’s. Indeed, “Tense Present” is appealing precisely because the author’s voice is so pronounced. Thus, what at first appears to be a raving review of Garner’s dictionary becomes an ironic criticism of Garner’s bland but perfect Standard English. Real people don’t speak Garner’s Standard English; real people must be either “black or white, gay or straight, Democrat or Dittohead” (57), and these character traits define how they speak, write, and interact with others. Even though Wallace seems to be defending the existence of Standard English, the vivacity of his prose undercuts his argument. Wallace’s English is not Standard: it is unique among the myriad other dialects spoken around the globe. Thus, he is arguing for diversity in the English language, not against it.

The examples given above prove that Wallace’s writing style is not limited to a single, Standard English voice. The reader hears not only the author’s SNOOT-y English but also Rural Midwestern English, Academic English, Political English, Colloquial English, Simple English, and a never-ending laundry list of variations, permutations, and combinations thereof. Wallace argues that English is a diverse, living language, and its speakers are not limited to educated WASPs, and its written usage is not limited to lexicographic dissertations. English (unlike, for example, Latin, which was deployed as an upper-class trait) is truly democratic because it is used every day in countless contexts by people from all walks of life.

Wallace does not directly broach the issue of the diversity of English in his essay. In this way, Wallace is like Garner in that “his argumentative strategy is totally brilliant and totally sneaky, and part of both qualities is that it usually doesn’t seem like there’s even an argument going on at all” (57). David Foster Wallace lets his words speak for themselves. Even in an essay praising the merits of Standard English, he manages to display the versatility and flexibility of the English language without uttering a word on the subject. His specifically non-Standard choice of words proves that other forms of English can be just as persuasive as Standard English.

Even more brilliant and sneaky is that this undercover rhetoric only reinforces Wallace’s ostensible argument. The fact that individual words define (and support) Wallace’s position vis-à-vis the English language is undeniable proof in favor of Wallace’s fundamental thesis: that words do have power, that language does matter, and that English usage is in fact a political issue. If words have the power to convince, then they also have the power to manipulate, to sway, to incite into action. Anything this powerful is by definition a social concern, and so what does or does not go into the dictionary is an issue of the utmost social, political, and democratic importance. 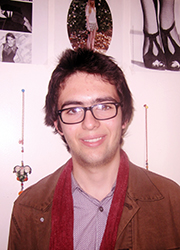 JACK KLEMPAY 'CC15 is studying Russian Literature and Mathematics. A native of Missoula, Montana, he is an avid reader, writer, and musician. Outside of class, Jack plays cello in Columbia’s chamber, klezmer, and bluegrass ensembles.