By the conclusion of his famous address “What to the Slave is the Fourth of July?” Frederick Douglass draws stark dichotomies: Slavery is evil, calls for abolition are moral; white Northerners’ silence strengthens slavery, their voices dismantle it; slavery defiles liberty and freedom, America embraces those ideals. The reader might even split the tone and content of Douglass’s speech into two distinct portions: a restrained, praiseful beginning and a more urgent, accusatory end. And yet, throughout the address, Douglass also diverges from the use of dichotomies in order to convey his complicated relationship to his audience. He moves between seemingly identifying as one of them and viewing himself as their equal to dissociating from his audience and outlining the unjust differences between himself and them. He positions himself in a liminal space, as simultaneously an outsider and insider, an American and foreigner. Douglass establishes this dual identity early on to legitimize his arguments in the minds of his audience and prompt them to rethink their role in American society. As a formerly enslaved Black man speaking to power, he crafts a complex rhetorical strategy in order to prepare his largely white audience to hear his pointed, urgent, and perhaps unexpected criticisms of their beloved country.

One can see from his introduction how Douglass both groups himself with and distinguishes himself from his audience. He opens his speech with the greeting, “Mr. President, Friends and Fellow Citizens.” By addressing his audience as “fellow citizens” rather than “citizens,” he instantly forges a bond with them. Although, as a Black man, he is not a citizen under the law, Douglass refuses to other himself in this moment and claims American citizenship as his own. Thus, Douglass justifies his right to speak about America as an American. But Douglass follows that justification with the words of a humble outsider. He states, “That I am here to-day is, to me, a matter of astonishment as well as of gratitude,” and continues, “I have been able to throw my thoughts hastily and imperfectly together; and trusting to your patient and generous indulgence, I will proceed to lay them before you.” Douglass performs the humility his audience likely expects from him, and his success hinges on the listeners’ decision to relinquish their attention to him. Once his white audience is listening, Douglass promises to “lay” his ideas before them, as if to assure them that they will have the power to evaluate his ideas for themselves. At the same time, by erecting small yet clear linguistic divides between himself and his listeners—inserting “to me,” for example—he suggests just how different his experience is from that of his white audience. Douglass subtly introduces into his speech the unequal power dynamics between himself and his audience without immediately mentioning race or slavery.

Douglass is less subtle about the deep distinctions between himself and his audience when he explains how the Fourth of July is theirs alone. “It is the birthday of your National Independence, and of your political freedom,” he says. “It carries your minds back to the day, and to the act of your great deliverance. . . . This celebration also marks the beginning of another year of your national life.” By repeatedly saying “your,” Douglass emphasizes how the gifts of the Declaration of Independence, such as “National Independence” and “political freedom,” are bestowed solely on his white audience. The founding document fails to grant him liberty as a Black man ineligible for legal or official citizenship. Douglass further distances himself from his audience when he prefaces “minds” and “great deliverance” with “your” instead of “our.” This deliberate choice points to the markedly different experiences, memories, and realities of Douglass and his audience. While the Fourth of July celebration seems to transport his audience back to a historical moment of pride, it leaves Douglass behind. His phrase “your national life” suggests that America’s new life was not meant to benefit his.

After repeatedly distancing himself from his audience in regard to the nation’s birthday, Douglass reaffirms his closeness to them as their fellow citizen: “I am glad, fellow-citizens, that your nation is so young.” Interestingly, although he speaks to fellow-citizens, he still calls America “your nation.” He assumes both the role of an American patriot who wants the best for his country and the role of a foreigner who can objectively observe another’s nation. While Douglass’s dual identity helps legitimize his claims about the Fourth of July for his audience, he subtly suggests that his white audience has forced this dual identity upon him. He was born and raised in America yet cannot fully call himself an American. He is living in America without a country and without a day of independence to call his own.

As his speech progresses, Douglass emboldens the directness of his language and further emphasizes his disassociation from his audience. He says, “Citizens, your fathers . . . succeeded; and to-day you reap the fruits of their success. The freedom gained is yours; and you, therefore, may properly celebrate this anniversary.” By drawing attention to his audience’s successful fight for freedom, while he still fights for his own, Douglass places his audience in a separate category from himself; he no longer identifies as their “fellow-citizen.” Unlike citizens of America, who “reap the fruits” of the War of Independence and gained their freedom, Douglass has been left unrewarded. Douglass insinuates that the “fathers” who fought the British to secure liberty only benefitted their descendants, who include Douglass’s white audience. Although Douglass and his audience live in the same country, “your fathers” suggests that they belong to distinct families with distinct cultures, histories, and inheritances. By stating, “The freedom gained is yours,” rather than, “Your freedom,” Douglass assumes a forthright tone and directly signals to his audience that freedom belongs to them and only them. And by adding “and you,” he marks a new degree of directness toward his audience.

Just before Douglass begins criticizing his audience outright in the second half of his speech, he seemingly downplays his audience’s responsibility for America’s status quo. Douglass says, “We fear the lesson” learned from Britain’s attempt to control America “is wholly lost on our present ruler.” Unlike earlier moments in which Douglass simply addresses the privileges that whites gained from the Fourth of July, here Douglass implies that it is the white people in power who are betraying the very values for which their ancestors fought by maintaining the institution of slavery. However, by placing “we” and “our present ruler” on opposing sides, Douglass seems to suggest that his white audience disagrees with the status quo and already agrees with his point. Similarly, Douglass states, “We seldom hit upon resolutions, drawn up in our day whose transparency is at all equal to” the resolution that led to the Declaration of Independence. Here, Douglass uses “we” and groups himself with his audience, appearing to accept blame for the country’s inequality despite his complete lack of power in American society. In both instances, Douglass subtly changes his words to momentarily divert responsibility away from his audience. This shift might seem to soften Douglass’s criticism of his audience’s failure to abolish slavery.

On the contrary, Douglass is doing something extraordinary: He is grouping himself with his oppressors so that they might group themselves with him. At the same time, he is also separating himself from his oppressors so that they must decide if they will join him in the struggle. Douglass is always made to live in a liminal space, and he uses his rhetoric to make his audience live in a liminal space, as well. Douglass destabilizes his audience to make them all the more ready for his revolutionary claims to come. He says: “Fellow-citizens! I will not enlarge further on your national inconsistencies. The existence of slavery in this country brands your republicanism as a sham, your humanity as a base pretence, and your Christianity as a lie.” Douglass no longer underplays his message when, by the end of his address, he breaks down the dichotomies in his audience’s worldview, builds up their tolerance for criticism, and empowers them to exist in the ugly truths of their own inaction and their beloved nation.

Douglass, Frederick. “What to the Slave Is the 4th of July?” Teaching American History. 5 July 1852, teachingamericanhistory.org/library/document/what-to-the-slave-is-the-fourth-of-july/. 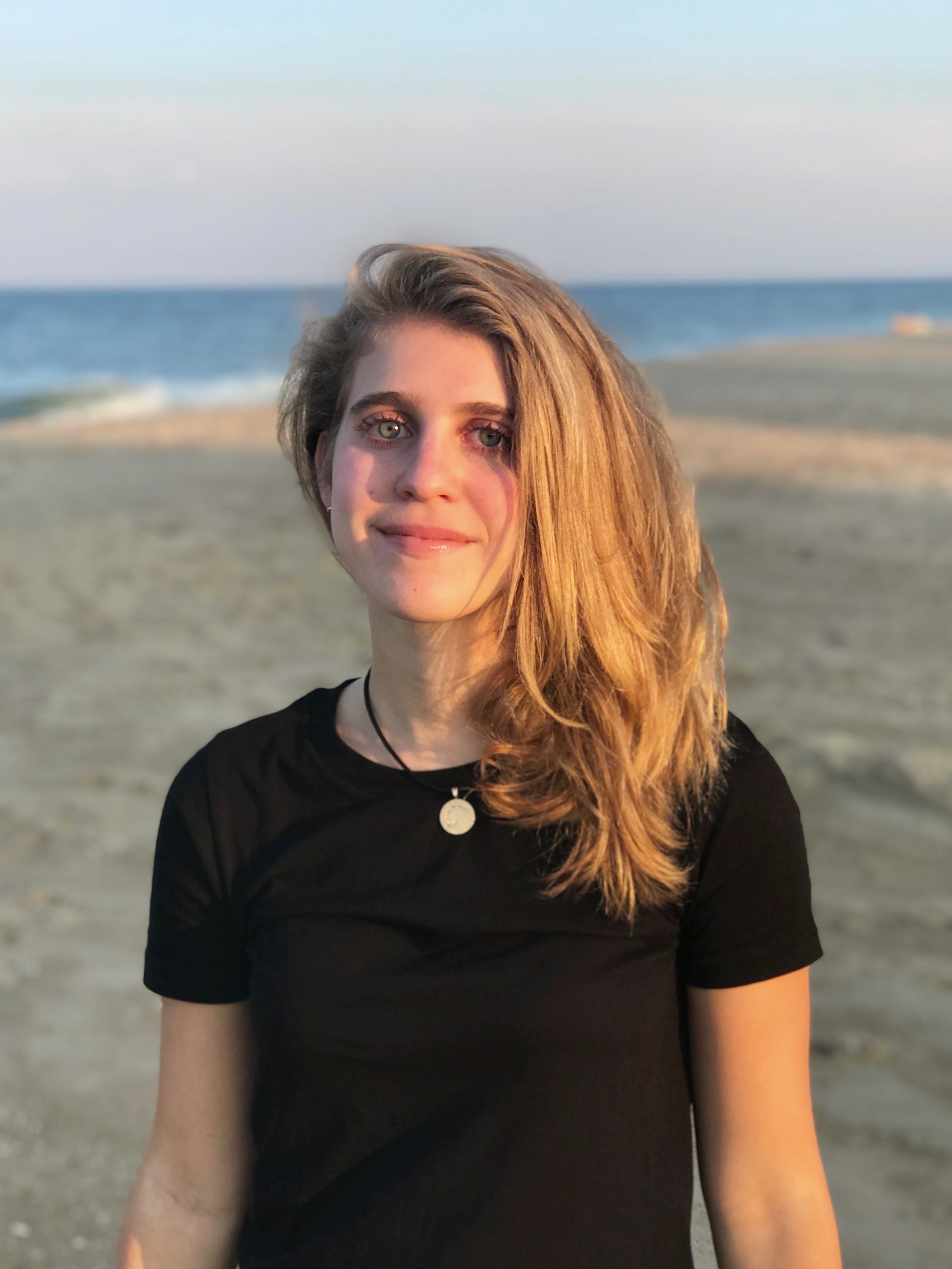 Eve Strickberger is majoring in history. She is a leader for COÖP, a member of Hillel and the Jewish Movement for Uyghur Freedom, and a research assistant at the Columbia Justice Lab. In her free time, you will find her petting dogs in Riverside Park, lounging in the sun on Lowe Steps, or exploring the city.