In his “Prologue to Television,” the prominent 20th century social critic Theodor Adorno addresses television’s damaging effects on its viewers. Writing in 1963, a decade after television’s rise to the mainstream, Adorno describes television as the “vanguard” of the “culture industry,” an evocative phrase that implicates the media in the larger conversation surrounding production and consumption (55). Specifically, he argues that television reinforces people's existing opinions of themselves and their position, noting that “This would correspond to the economically justified overall tendency of contemporary society not to try to progress beyond its present stage in its forms of consciousness” (50). As it was then, television today is an engine for the suppression of critical thought and class consciousness, created and maintained for the benefit of the economic establishment.

For Adorno, this arrangement can only stand so long as the public is unaware of it. A critical aspect of the media’s preservation, then, is its rhetoric of self-defense, or in other words, how it apportions blame onto others. In Adorno’s view, this is performed strikingly well: “The culture industry can insist all the more convincingly that it is not the murderer but the victim who is guilty: that it simply helps bring to light what lies within humans anyway” (55). Adorno's language is scathing and his overall position condemnatory. Although he only uses this metaphor in a single sentence of his essay, his use of “murderer” and “victim” to describe the industry and the public respectively can be seen to cement his critical stance; there are few more damning distinctions.  On the surface, he positions the situation as akin to a courtroom trial wherein the murderer has managed to smooth-talk the jury into taking his side. The guilt would appear to lie solely upon the industry as the “murderer” of the consumer. Yet as we will see, he also positions the public as willingly complicit in this trap, falling prey to television’s ideological manipulation essentially of their own volition. How can we account for the agency Adorno affords the viewer in our understanding of his project, given the corrupt, self-serving nature of the system with which they interact?

Even in his very representation of the culture industry’s ability to absolve itself from blame, Adorno draws attention to the necessarily interactive nature of this deceit. After all, the media insists on its point “all the more convincingly” for the benefit of public perception alone (55). Thus, even as he paints his stark image of the culture industry as a murderer, Adorno implicates the industry’s victims in the engendering of their own complacency. It is this central tension to which the “Prologue” subtly draws the reader’s attention: the unforgivable crimes of the culture industry are only possible through the (albeit coerced) cooperation of the masses. His argument is far more complicated than just a call for reform within the establishment of the media. Its stakes are much higher. The onus falls, to some extent, on the viewers to free themselves from the trap, to stop blaming themselves, and to see through the deceptions of the media. This leaves us with a number of questions: To what extent is the average TV viewer doing this? And can they really be expected to do any better?

While he no doubt acknowledges that the viewer is indeed the “victim” in this exchange, and media the “murderer,” Adorno draws attention throughout the “Prologue” to the eagerness with which the viewer hurtles to their own demise. Consider his description of the process by which they allow television into their lives: “The border between reality and the work becomes blurred for consciousness. The artwork is perceived to be a part of reality, a kind of accessory for the apartment, something that came with the purchase of the television set” (52). Adorno adroitly conveys how depictions of life on the television screen become almost indistinguishable from their surroundings, smoothly insinuating themselves into consciousness. This is accomplished partly through the convenience of the programming, but also through the technology’s ideological and physical positioning in the home. And for this, Adorno argues, the viewer is entirely responsible. They perceive television as a technological and artistic marvel and place it on hallowed ground; in doing so, they seal their fate. Just as Adorno condemns the culture industry, his opinion of the viewer is similarly sour.

Yet his work also illuminates the ways in which the viewer’s complicity in their own indoctrination is a function of television’s seductiveness as much as one’s own agency in the matter. Adorno attributes the willingness of the viewer’s participation in part to the sense of companionship that television engenders in its users. The realism of the content contributes powerfully to this perceived warmth: “[Images] are supposed to lend luster to his dreary quotidian life and nevertheless essentially resemble it . . . The lack of distance, the parody of fraternity and solidarity has surely contributed to the extraordinary popularity of the new medium” (52). Realistic depictions of daily life may appear to serve the interests of the consumer. In fact, Adorno claims, they merely provide a deceptive affirmation of the universality of one’s situation. Moreover, they avoid the creation of programming that, for the viewer, is “unbearable because it would remind him of what he is being deprived of” (52). Comforting, relatable programming isn’t just a failure to utilize all of television’s potential as an artistic medium. In its refusal to offer the viewer anything that might allow them to think critically on their position, television keeps them hooked, offering a comfortable and pacifying worldview with which to console themselves.

The storied tradition of Western societies’ efforts of indoctrination also plays deeply into Adorno’s understanding of the viewer’s role as an accomplice in their own mental domination. In his view, TV may be a perfect storm, the “vanguard” of the culture industry. But it has only assumed this position by taking up the mantle from the “English novel,” which in turn arose from even earlier “ideological manipulations” used by old-world societies (55). The goal of such “manipulations,” as Adorno describes it, is the “inculcation of conformist behavior” (55). In this estimation, the Western world has had the same ideas drilled into it for generations, creating a culture of compliance. It is this long history that allows the industry to so compellingly “insist . . . that it simply helps bring to light what lies within humans anyway” (55). In accepting—or rather, inheriting—this worldview, television’s audience facilitates the exchange of their own rapt attention for the culture industry’s indoctrinating assertions.

Implicit in Adorno’s argument against this process is a denial that any such complacency or mundanity is, as the culture industry would suggest, intrinsic to human nature. A cynic might argue that his very imposition of complicity onto the viewer undermines this particular line of argument—in a sense, the viewer’s failure to see through the media’s lies serves as a litmus test for the very characteristics it professes are unshakable; however, he is in fact intimating that the culture industry’s view of humanity is a deception. Returning to Adorno’s exact phrasing, the culture industry “can insist all the more convincingly” on its innocence and on the victim’s guilt. Try as it might, though, it can never make such a claim true. It can only strive to maintain its “deceit,” with greater or lesser degrees of persuasion (55). From this perspective, the viewer is far more capable than what the industry’s definition of human nature would suggest. Those who watch television are complicit in their own demise. But in recognizing their own value—as humans with agency and perhaps as valuable companions in and of themselves—they have the ability to come back from the dead.

While the media’s victims are in no way exempt from responsibility in their acceptance of the culture industry’s propaganda, the cards are stacked against their self-realization and subsequent defiance in a number of ways. Television serves as a companion that is immensely reassuring, even as it anesthetizes the viewer’s mind. Its indoctrination rests atop a mountain of past media, whispering through the generations into the public’s ear: you aren’t good enough. Yet in its frustrated depictions of the viewer’s self-enslavement through parasitic companionship, and in its refutation of the industry’s assertion that people are “conformist” by nature, Adorno’s “Prologue” suggests that the viewer—and by extension, the listener, player, and user—are indeed capable of better (55). Its lessons go beyond the media’s function as a structure of indoctrination. We are only the industry’s victims, Adorno argues, so long as we allow ourselves to be. 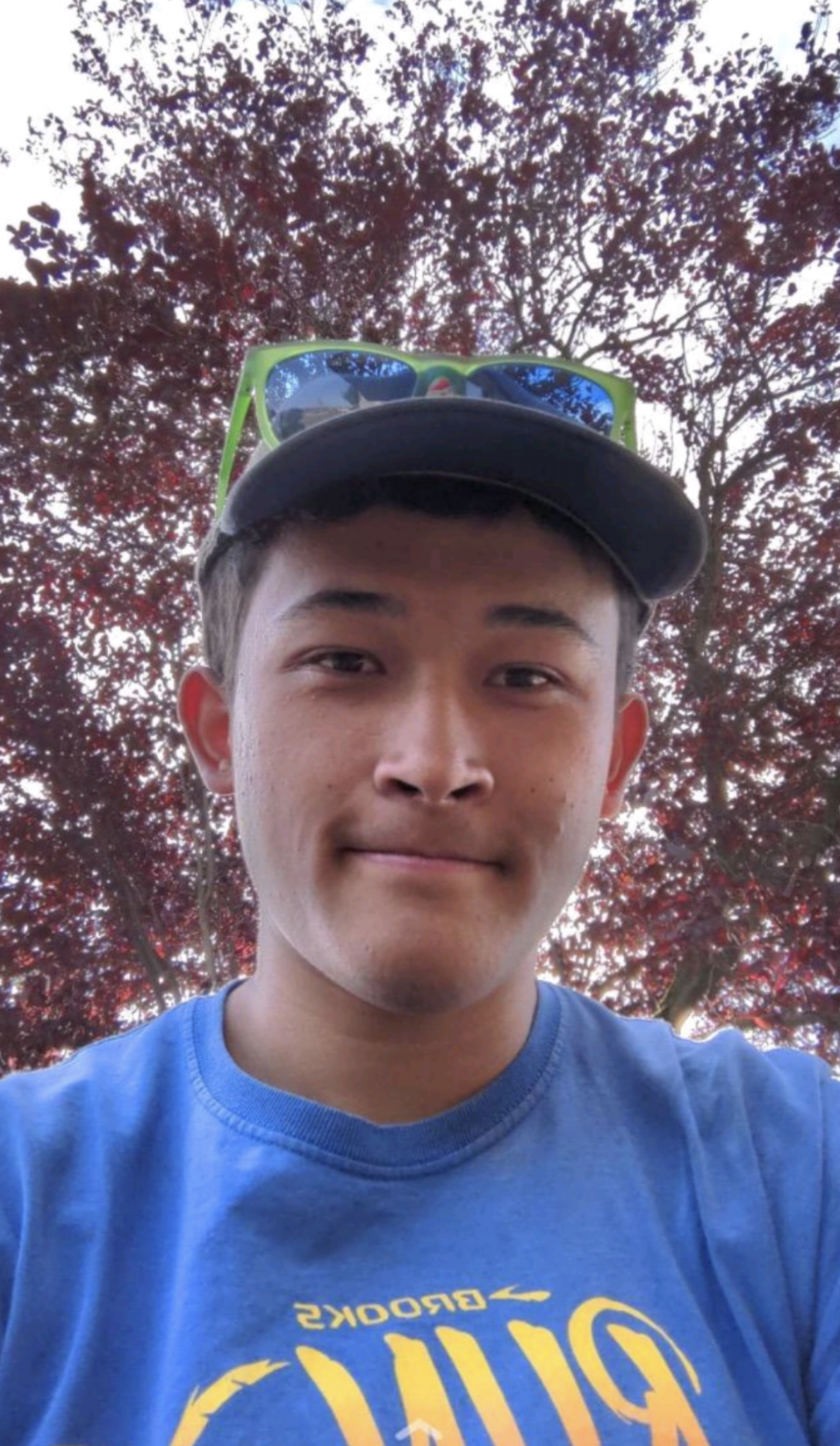 Sam Barnett was born and raised in Seattle, Washington. He is a long-distance runner and plays jazz saxophone and piano. He is pursuing a degree in Economics-Mathematics and hopes to continue into academic economics, nonprofit work, or public policy.