Jamaica Kincaid’s essay “In History” interrogates the word “history,” questioning if the term adequately describes the pain and legacy of colonialism. For such a probing essay, Kincaid employs some notably nondescript language. This stylistic choice is epitomized by Kincaid’s frequent use of variations of the phrase “people who look like me.” Indeed, she begins the essay by asking, “What to call the thing that happened to me and all who look like me? Should I call it history? If so, what should history mean to someone like me?” (Kincaid 1). Without a pause to explain what “to someone like me” means, Kincaid rapidly continues to pose rhetorical questions.

Kincaid’s choice to skip defining the term leaves readers in the lurch. Who is Kincaid referencing when she says “someone like me”? The salient omission begs the question: why not offer a definition?

Functionally, by leaving the term undefined, Kincaid forces her readers to supply a definition themselves. Do we immediately think of Black people? Colonized people? Indigenous people? Oppressed people? This subconscious task asks us to interrogate the answer we supply. Why do we think of those groups? When Kincaid first uses the phrase “someone like me,” she has not given her readers any context; there is nothing to suggest we are talking about colonialism or slavery and yet, our minds almost certainly think of that history. Through this ingenious sleight-of-hand, Kincaid reminds us that all Americans draw on a ubiquitous knowledge of our violent past. The reader may be positioned differently from Kincaid, but we all live in a world that is riddled with the consequences. We all possess a perturbing facility for creating racial groupings.

Kincaid’s game of scholarly Mad Libs shows her readers that this tendency to group people by race is rooted deeply in colonial history. For example, when she references Christopher Columbus landing in the Americas she writes,

His task is easier than he thought it would be; his task is harder than he could have imagined. If he had only really reached Japan or China, places like that already had an established narrative. It was not a narrative that these places had established themselves; it was a narrative that someone like him had invented, Marco Polo, for instance; but this world, China or Japan, in the same area of the world to him (even as this familiarity with each other—between China and Japan—would surprise and even offend the inhabitants of these places), had an order and the order offered a comfort (the recognizable is always so comforting). (2)

Kincaid imagines Christopher Columbus as a man interested in neatly sorting people into groups. She satirically writes, “If he had only reached,” as if it were a cumbersome yet necessary task to figure out how to stereotype and sort two continents of people. Kincaid reminds us that Europeans of this era were practiced in establishing “narratives” about foreign cultures. In Japan and China, Marco Polo was eager to reduce two wholly distinct (and historically opposed) societies to one “comforting” unit. These colonizers were not interested in nuance, they were satisfied to lump people “in the same area of the world” together. By juxtaposing this historical act of grouping with the reader’s subconscious act of grouping the term “someone like me,” Kincaid masterfully demonstrates how history influences our present biases.

Indeed, Kincaid elaborates on the origins of that influence when she cryptically writes of the Americas after the mass genocide of indigenous groups: “It is when this land is completely empty that I and the people who look like me begin to make an appearance” (5). Taken literally, Kincaid is referencing the mass importation of Western Africans to the Caribbean. But metaphorically, the meaning is deeper. There were no “people who look like me” because our complex conceptions of race and power had not yet taken on the dimensions that they have today. That is not to say that prejudice did not exist before 1492. Far from it. Rather, Kincaid is merely demonstrating that our current understanding of race only came into being because of this era in history.

Kincaid’s critique of history does not stop with the literal events of the past. Still using the phrase “someone like me,” she lampoons historiography as well. Kincaid adroitly reminds us how writings on history have denied people of color individuality by replicating existing biases. In her essay, Kincaid explicitly names only white men while leaving everyone else nameless. Kincaid references Christopher Columbus, Isidorus, Marco Polo, Carl Linnaeus, Nils Ingemarsson (but not his nameless wife), Olaus Rudbeck, Olaf Celsius, George Clifford, and even the biblical Adam. She intentionally contrasts these references with the anonymity of “people who look like me,” an act of erasure that mimics Eurocentric writings on history. Scholars have dedicated tomes to specific European streets or holidays or texts, while summarizing entire other continents in mere paragraphs. For a profession obsessed with documentation, why are some names worthy of record and others lazily cast aside? Why are our libraries lined with biographies of white men and only anthropological musings on everyone else?

The stylistic choice to only name white men illuminates how accustomed readers may have become to the biases of historical writing. How many of us read the essay without realizing the stark dichotomy of who gets a name and who doesn’t? Have we been so desensitized to the racialized anonymity of historical accounts that Kincaid’s choice doesn’t raise an alarm bell? The seemingly routine contrast of Kincaid’s vague “someone like me” with nearly a dozen named white men shows our collective familiarity with erasure. Because our history teachers have taught us the names of Christopher Columbus and Marco Polo but not the name Toussaint Louverture, we may not question absence of named people of color from the text. And as Kincaid reminds us through the words of Isidorus, “‘If one does not know the names, one’s knowledge of things is useless’” (1). If historiography cannot know the names of people of color, it is useless.

Thus, Kincaid’s seemingly laconic “someone like me” speaks volumes. Her literary Rorschach test illuminates the shared biases of her readers and diagnoses these as products of colonial history and its subsequent historiography. The effect is such that by the time Kincaid repeats the questions with which she began her essay, the phrase “someone like me” is no longer a mysterious absence. When she asks, “what should history mean to someone who looks like me,” for a second time, the phrase is a call to action (7).

And herein lies the final stroke of genius in the term “someone like me”: a “me” inherently creates a “you.” At the conclusion of the essay, readers must ask themselves if they belong to the “me” or if they belong to the “you.” Those whose answer is the latter are forced to contend with the fact that history has not done to them what it has done to Kincaid and the people she describes as “like me.” When she asks, “should [history] be an open wound . . . opening again and again, over and over . . . ?” readers belonging to the “you” will realize that they are not the wounded but the wounders. Readers like me will have to ask ourselves what we can do to suture the gash (1). 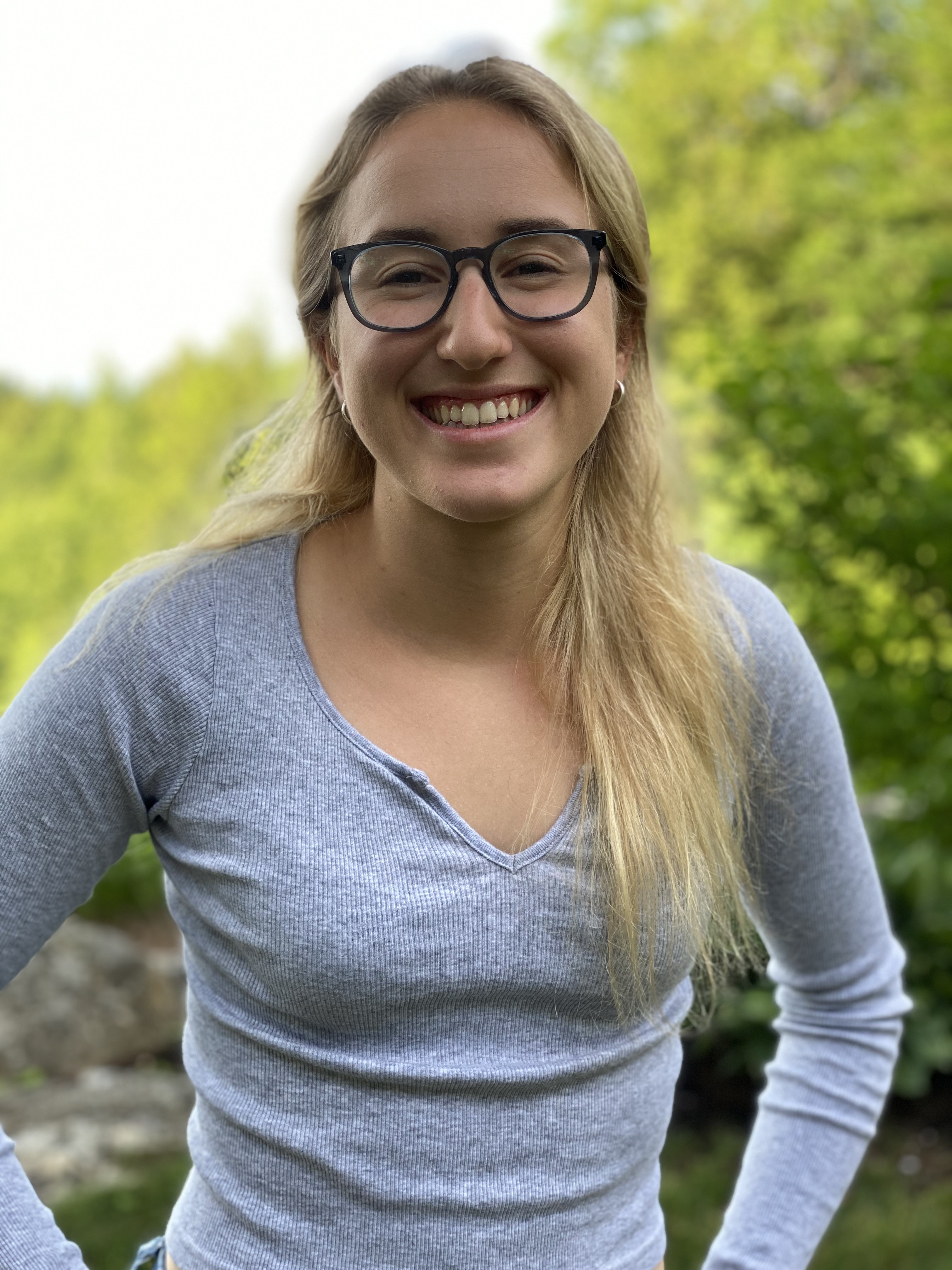 Zoe Davidson is a prospective history major and public health concentrator from Brooklyn, New York. On campus, she is a managing editor of the Columbia Journal of History, a head submissions editor for the Columbia Federalist, the treasurer of the Columbia Historical Association, and a bartender with the Columbia Bartending Agency. She spends her summers running backcountry hiking shelters in New Hampshire for the Appalachian Mountain Club. In her free time, she loves to jog in new places around the city.

Issue
Vol. 18 (2022)
Section
Critical Inquiry
How to Cite
Davidson, Z. (2022). The Capacity of the Cryptic. The Morningside Review, 18. Retrieved from https://journals.library.columbia.edu/index.php/TMR/article/view/8166